You are here: Home / DIY Projects / purging your home is a lot like marriage

A sweet reader named Deidra wrote in last week and asked this:

I loved your  the clutter lovin’ quiz a few weeks ago, and it really resonated with me. I am fed up with all of the stuff always getting in the way around our home. I’m ready to make a change. More than I’ve ever been. I was wondering what you recommend? What is next and what do I do? Help! 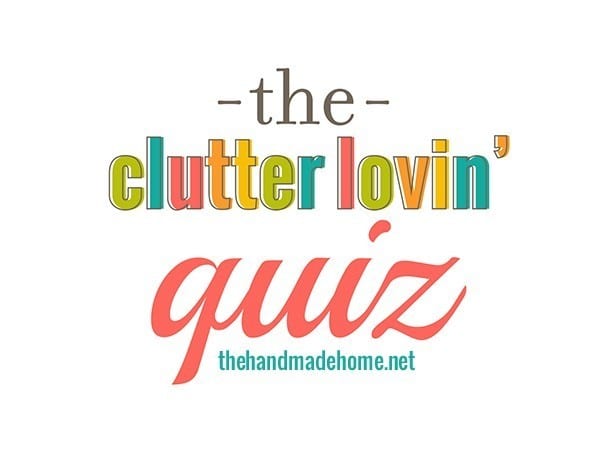 We’ve been writing The Lazy Gal’s Survival Guide for a few years now, and launched this year’s {2015} version with our twelve weeks of purging. But we thought it was time to recap on a few things, just in case you guys missed it, you’re new to these parts, or it’s time for a refresher course. Did you take the clutter lovin’ quiz two weeks ago? We even discussed how our relationship with clutter is influenced by a few key things in our lives, so if you missed it, hop on over. {We’ll still be here when ya get back} 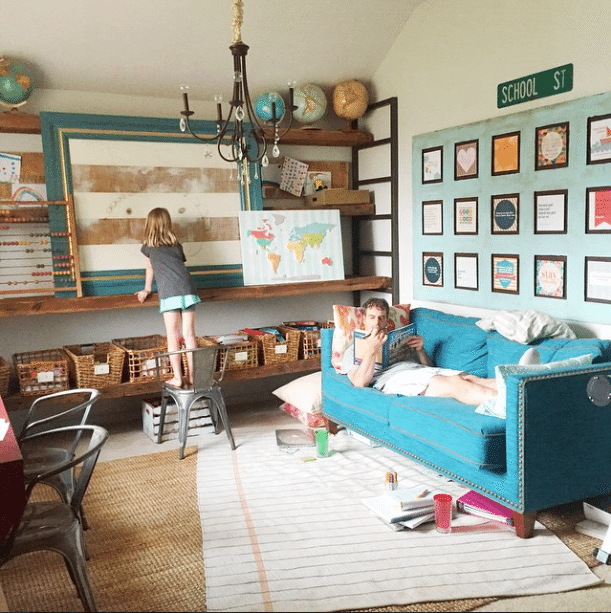 Clutter is overwhelming. It creeps into your life, and before you know it, it can take over your home. We all have some sort of relationship with it. It’s human nature. And if you’re fed up, you’re not alone. Here’s just just a few stats to get us started:

According to Becoming Minimalist, here’s a few of our fave {or painful} stats on clutter {and much more if you hop on over to their site}:

• The U.S. Department of Energy reports that one-quarter of people with two-car garages have so much stuff in there that they can’t park a car.

• According to the National Soap and Detergent Association, getting rid of clutter would eliminate 40 percent of housework in the average home. {Yikes}

• The National Association of Professional Organizers reports we spend one year of our lives looking for lost items. {Guilty-aintnobodygottimeforthat}

And just a few more we gathered around the www:

• America’s poor still live better than the rest of humanity.

Whelp, you’re probably saying those are a lot of sobering statistics coming from some website that likes to make their home look pretty – Where on earth are we going with this? 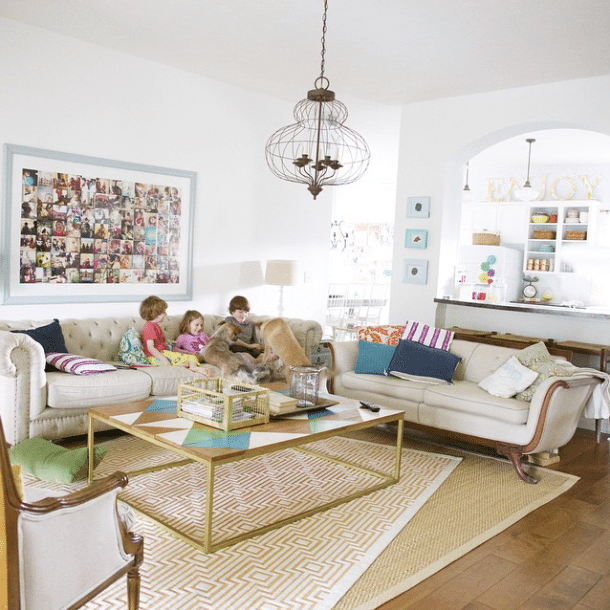 Let us be clear: These stats are not to make you feel bad at all. But rather to give us a little bit of perspective. A launching pad of sorts to guide us in a change. Yes, we struggle with clutter. We all do. But having perspective on it all, because we tend to get a little bogged down with our culture and lives, is always good to help clarify where we stand.

When Jamin and I first started dating, there were butterflies. There were stolen kisses and hand holding and all night long conversations. We couldn’t get enough of each other. There was an emotional high, that grew into love, and that love eventually led us to say “I Do.” We said yes to a convenant for each other. Does that mean that when I wake up every day, there’s unicorns and butterflies because I’m oh so giddy inside to still be married to this man I fell in love with, nearly fifteen years ago? Does that mean we don’t struggle and that we never argue? That life is perfect in lala land? Job stuff happens. And children happen. And hardships and life changes, they happen. There are days when I wake up and I think, please don’t eat your cereal in front of me right now, or I just may have to throw a spoon at you from across the table. And I’m pretty sure if I toss one more thing into the garage from the kitchen expecting it to disappear {aka for him to get rid of it just because I put it there}… he may lock me in the closet and pretend I don’t exist.

Yay idiosyncrasies and living in harmony!

My point with this TMI rampage? It’s a good thing we love each other, because we don’t always like each other. That immature infatuation {that we only thought was love} grew into something more. And out of that love, a deeper relationship. An incredible partnership. A conscious decision. A commitment. A conviction.

Purging your home is a lot like marriage. And since everyone’s situation is different, it’s the same with making any real, lasting change. It’s conviction that will get you there. Not emotions. 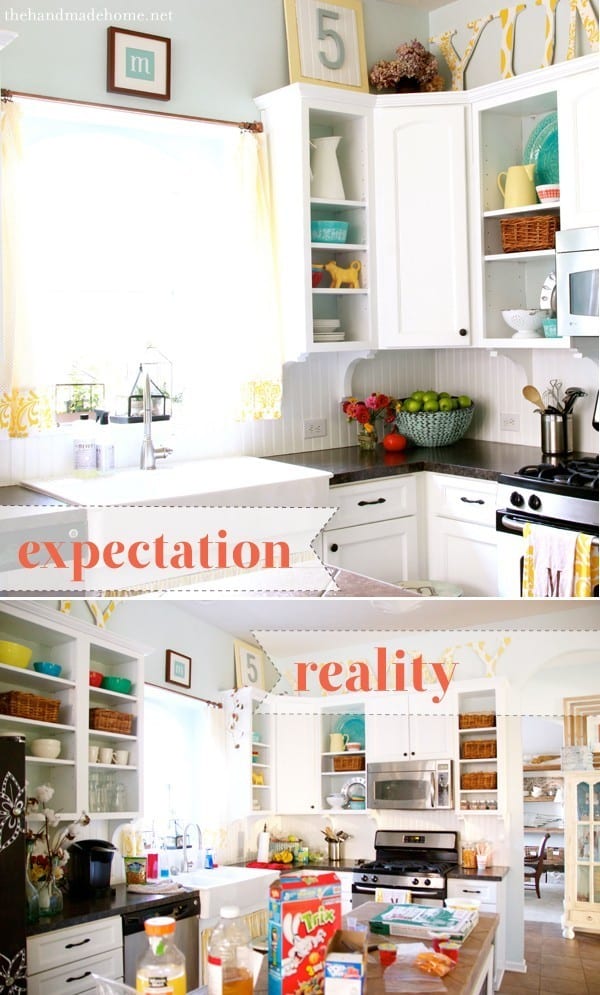 Don’t confuse less with perfection. And don’t cloud your expectations with ideals of the flawless home. We’re humans, not robots with a perfect house. But it means we do the very best we can, and stick with it. 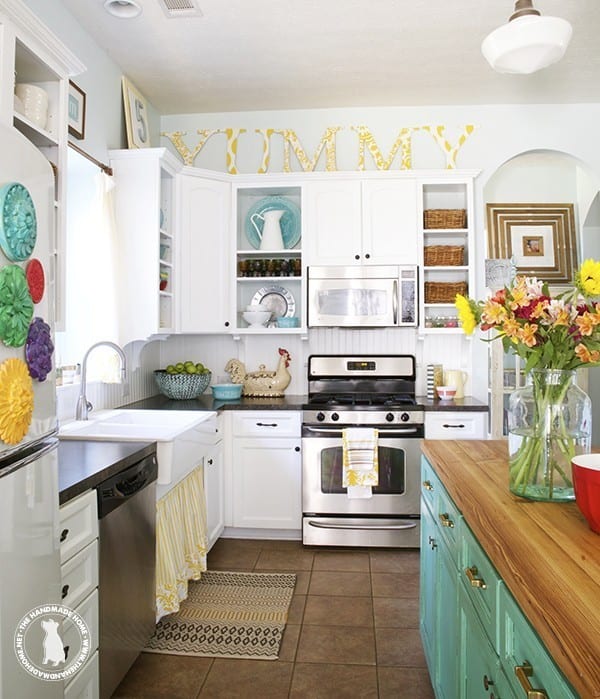 Oh look… a pretty picture! {Just a little reminder that even those little shoots have stuff shoved out of the way, too.} Don’t let your pursuit of less get in the way of living your life, and enjoying it. Just know that freeing feeling and commitment to a new lifestyle is worth all the hard work.

We think that it starts with a clearer understanding of where we are in life from the launching pad moment of a clearer perspective, and moving on from there in a conscious decision to make a real change, no matter what.

So where to begin?

Have a vision + flesh it out.

We may sound like broken records at this point, but we think that the first step to simplifying your life is with a vision. Most people aren’t very successful at reaching what they want, if they don’t flesh it out with a plan to get them there.

We’re big believers in working hard for what you want. We have visions for our family, for our business, for our lives. We believe it helps us stay on task, and evaluate things in the long run. Have a goal that you wish to reach, with a vision behind it. And flesh it out with a real life plan.

So a few years ago, when we decided we really wanted to make a big difference, we knew we needed some mantras to stick with, to help us reach that vision. To remind us, in our moments of doubt when simplifying our lives:

A. If I don’t have room for it… if I struggle to find a place for it to go… if I’m holding on to it just to hold on to it… it needs to go. We’ve easily cut back on nearly half of our belongings in the past two years. We were ashamed. We learned and we grew. But life catches up with you. And sometimes, you have to remind yourself.

B. If it is not useful. (Hello, rando third set of measuring cups I am holding on to because I have no idea} If it is not beautiful…(Hi, duplicate fiftieth blanket collecting dust in my closet that I could bless someone else with) It needs to go.

Don’t confuse simplifying with perfection, but doing our very best in a world where we were once so overwhelmed, our things were ruling our lives. Invent some mantras you want to stick with, that work for you. And remind yourself when it’s time.

You’ll face doubt and guilt and a lot of draining emotions when it comes to making 1 quadrillion little decisions about your home’s belongings. It can be exhausting and hard. So before diving into purging decide why you’re doing it, how you plan to get there, and what you want to do to keep yourself on track.

Making real changes comes down to conviction and vision… and that’s a good place to start.

We’ll be covering more on the process of purging in detail in the next few weeks, Deidra, and we hope this gives you a great launching pad. It’s always good to tackle it all well-armed.

And be sure to check out the rest of The Lazy Gal’s Guide for more inspiration in the meantime- Do any of you have a mantra to help you keep your home simplified? We’d love to hear! Have an inspired day! 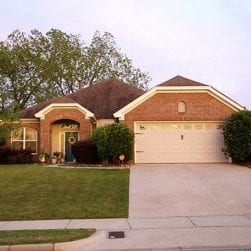 lessons learned in making a house a home 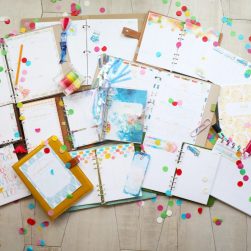 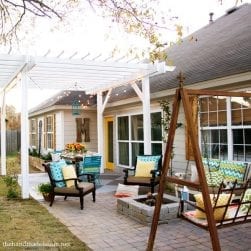 smart upgrades for your home