You are here: Home / the money pit / a little bit of our story: let the planning begin

Rehabbing a home is no joke.

Neither is all the red tape that it takes to get there.

Oh wait. We haven’t even gotten to the rehab part yet. So mostly just moving and all the red tape stuff. Wheeee!

Or, if I rewind a little more, relocating your entire family and business all at once out of a really tough market, while keeping everything as it should be is no joke. We feel like plate spinners. It took us a while. But we’re here. We’re finally here… And we’re so glad to be. It’s been a major life transition all in the name of good choices for our family and what’s best for us, personally. It’s taken really tough calls and sacrifices… the grown up kind, where there were tears- not because ‘poor pitiful me’ but because it’s the unknown that has been so scary and sometimes a good cry is all you can muster. Being an adult is so hard sometimes. It’s not black and white. Its grey and foggy and mama said there’d be days like this but no matter how prepared you think you are… you’re just not.

We’ve had to push through our absolutely paralyzing fear with hard work and a boat load of faith, because at the end of the day that’s all we’ve had to go on.

We’ve received a few questions about what on earth we’re doing and why we moved and what’s up with that… and today we thought we’d share a little in case it’s been a while or we’ve been vague. Because in a way, we have.

If you’ve been following along on Instagram, then you know we finally closed Monday. It’s definitely a little unreal around here, the journey has been so long, but the insanity has just begun. It’s like getting on a raft and heading over Niagra falls, and after being put in queue for a while, finally going over the edge and surviving. Only to realize there’s like, five more big drops so hold on to your skivvies. 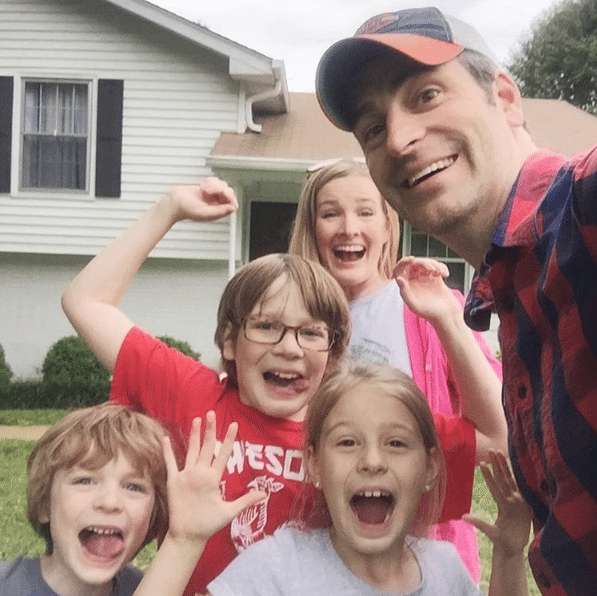 But I’ll back up first, in the name of all good backstories:

If you’re  just checking in, this has been about a three year process for us. It’s  hard to put a finger on it, as in the exact date. But we remember just where we were when we decided we wanted to make a change. Sitting in the kitchen, we started that conversation of what-ifs.

We knew we were headed in a direction we didn’t like, and it was time to steer that proverbial ship in a new one. It evolved into a scary conversation of what if’s and what next’s. And we went from we can’t do that… to let’s do this. We wanted to move to Nashville to be closer to family. My brother and sister in law live here with their children. We wanted to grow our business in new ways, here as well. So I called my mom who lived twenty minutes away {and also were looking for a change} and said… hey if we moved to Nashville, would you want to do it, too? And they said Yes. Let’s do this.

That’s literally how our conversation went.

We’re all crazy. The good kind of family crazy that’s all in. We couldn’t have done this without them. 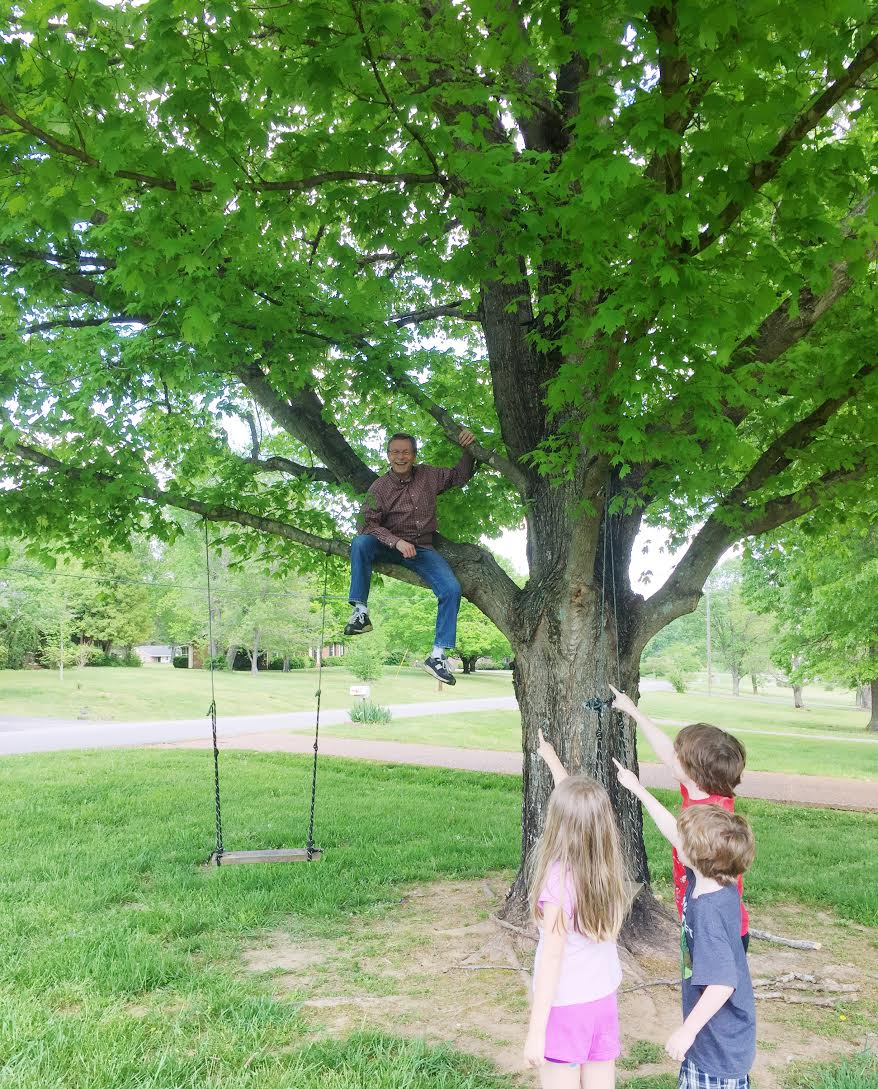 And there we sat in the kitchen, talking about all the possibilities, having no idea our new direction was really so far away. But we began to quietly move forward.

Jamin was finally able to leap over to team Handmade Home in resigning from his job, and there were a lot of changes in the infrastructure of everything: Our family dynamic as well as our professional dynamic, together. We certainly have our moments like everyone else, but we’re still here working together. We’re making it… one day at a time.

And then we put our home up for sale, and in what shall henceforth be known as NEVER AGAIN, we finally sold it a year later. My parents’ home sold a week after ours, and they moved a week before us. I told you guys… it was crazy.

Side digression: I’ve said it before, but we could write a book with the characters that came through our house, y’all. Like the lady who walked through our home with a compass on her second showing, and decided it wasn’t facing in the right direction {Nothing to do with sunlight}. Or the couple who asked for a second showing and then ‘remembered’ they couldn’t afford it, or… I’ll stop now because water and bridges but it was this hysterical book fodder line of events that led up to me cleaning like crazy, loading up the dogs and kids and waiting, and ending with me in a huff over lost time since we work and do school from home. We simply couldn’t believe how crazy people really are. It was an eye opener.

So I totally took this entire post into random left field world to say, if you’re waiting for your home to sell, IT WILL. And if you have crazies like we did, IT WILL HAPPEN and HANG IN THERE. You can do this. Blogging is a really humbling experience, by the way. You guys have seen all our growing pains.

But back to that crazy line up of events:

Because when our home finally sold, it was literally something out of a fairy tale {though there was even more drama on that end of things… wheeeeeeeee for literal roller coasters and the unpredictability of random people and silly situations}.

And then this little house was just waiting for us. {Short little tour, here in case you missed it} 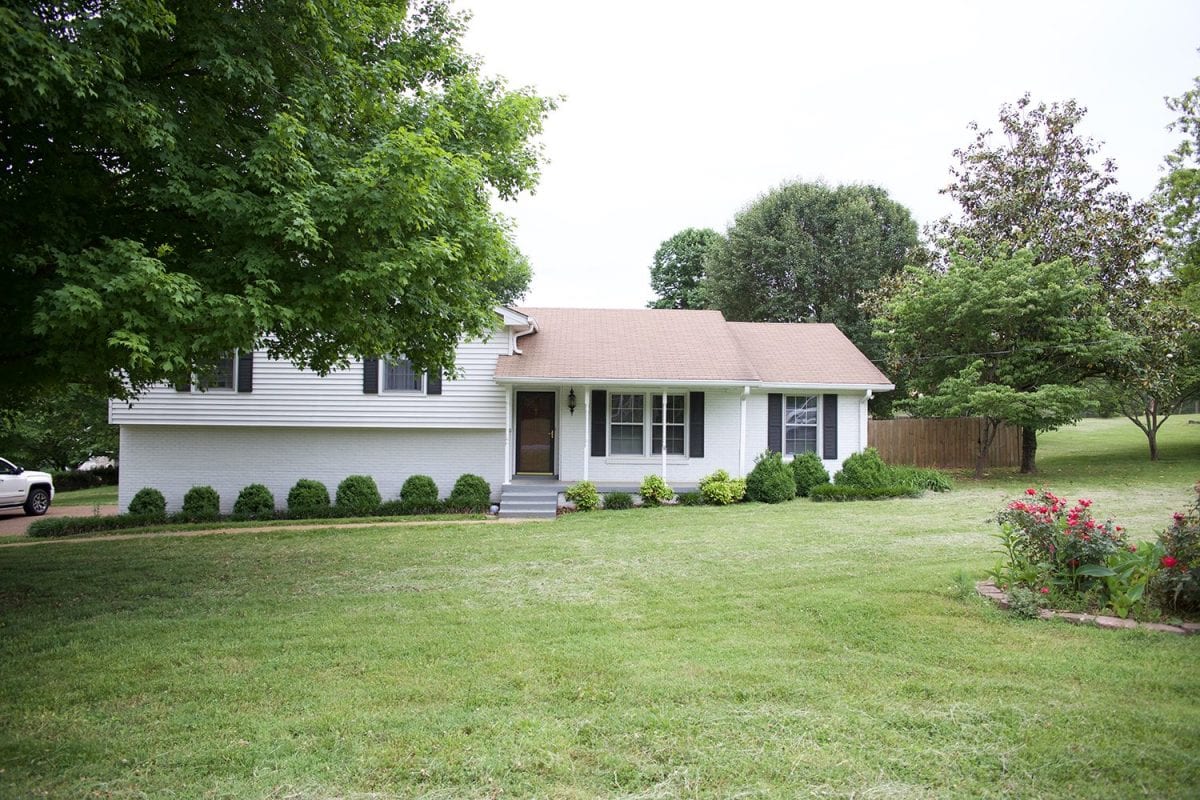 Because we almost backed out. We walked away once, signed the NOPE papers and everything.

We’ve wanted to tell you so much, and we’ve held back for so long.

I’m seriously going to write a book. All of you would be on the floor in a combination of laughter and hysterical, fetal-position disbelief. We still can’t decide if we can share some of it. There were inspections and considerations to make. There were hard core oh-my-word-what-are-we-thinking moments in the middle of those last two months.

There’s a lot that goes into buying a home {as you well know if you’ve been there before}… and a lot that goes into making the call on purchasing an older one. And to be safe, because people do find things when they’re put out into the www, we wanted to err on the side of caution until it was a done deal.

And fast forward to now… we’re all in. Green scary pool and everything.

Because it’s the little things: The feeling we had when we stepped into that house for the first time. We see the possibility in the forgotten. We found a peach tree on the property, loaded down with growing peaches. We have good, life-long college friends who live within ten minutes of us. We’ve met our super sweet and kind neighbors. We see our kids playing in the yard and know that this is it… this is home.

So we’ve been looking at flooring samples and lining up everything and choosing cabinets and talking plans and to be completely honest, my brain feels a little fried. We’ve held back for so long, but we’re about to share so much to the point where you might be totally over it. Because it’s about to go to rehab overload over here. We have some big exciting plans, and we can’t wait to share step by step, room by room… starting this week.

We even have more to share on the horizon as far as The Handmade Home goes, as far as the next step. But that’s another post for another day, and it’s all coming soon. Progress overload after waiting so long.

A sweet friend told me recently, when I was telling her we’ve come so far and have so far to go… because my main concern is just getting our kids settled. This has been the longest journey for them. I forget though, how resilient kids really are. And she said that if she could give me one piece of advice, it’s to enjoy it all. Take a deep breath. And just enjoy the process. Because it will never be this way again.

So we are. In the middle of all the craziness. Deep breaths… and lots of demo coming soon. Here’s to hoping it’s not this… 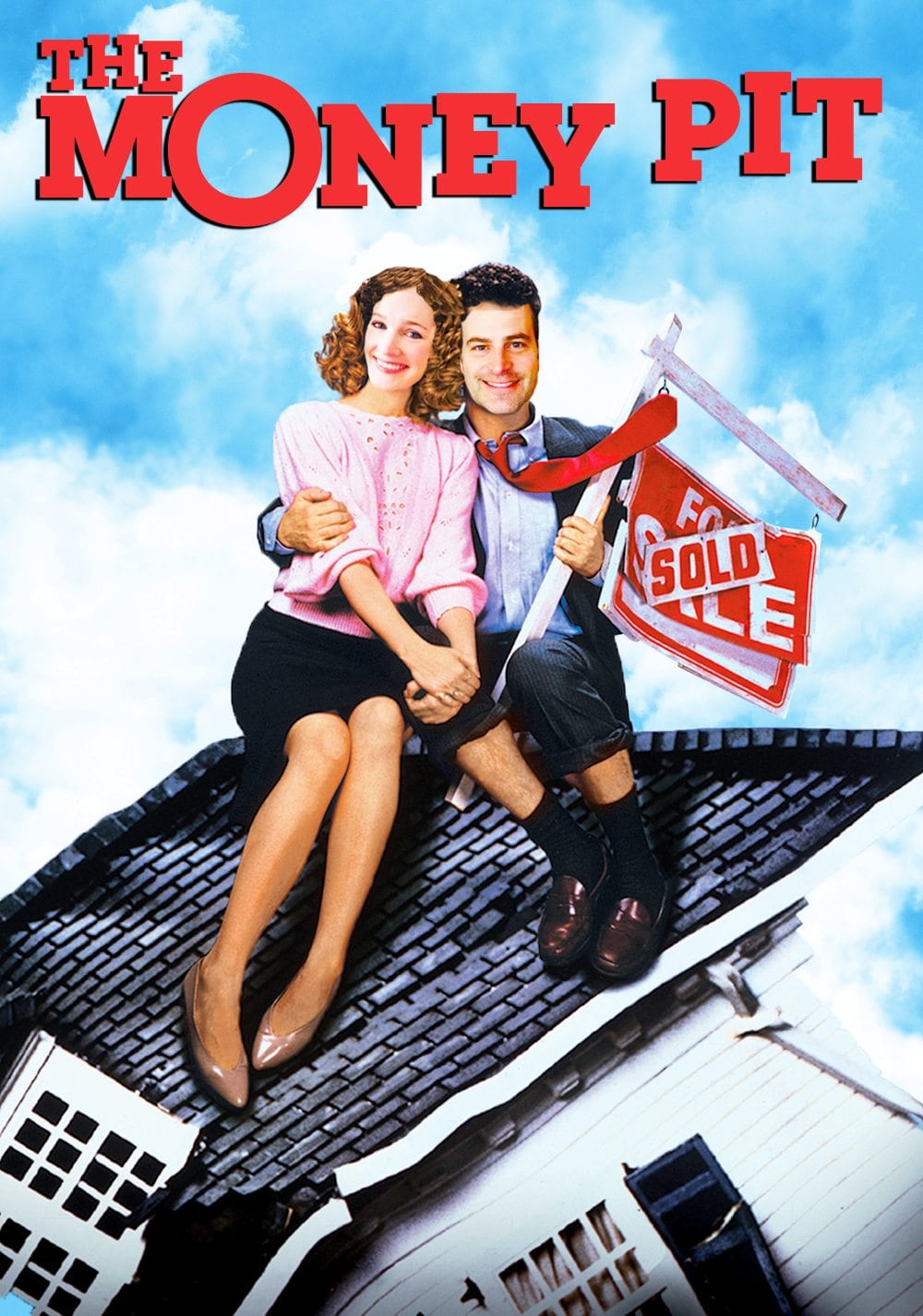 Stay tuned, and wish us luck!