This spring, I haphazardly planted a garden. I say haphazardly, because I had good intentions. But I think I was a little late in the game with some tomato seeds, and decided to plant some in the back yard to see what would happen. (What happened is a gluten free sandwich – fried green tomato with comeback sauce)

I guess you could say I forgot about said garden. Because it took a while to produce anything and when it did, I was kind of astounded that it actually turned into something. So I watched, and then we kind of forgot again. Cue the first frost of the season, and I decided to run outside and salvage what tomatoes we had.

56 tomatoes later, and we were really glad we planted some this spring… to the point where I’ll take it a little more seriously this next year. It was fun to gift a few to the neighbors, and try this: 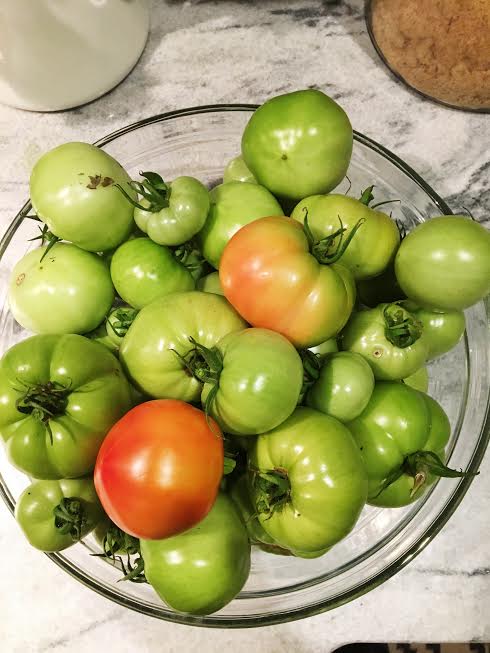 So what did we do with a lot of green tomatoes? We made a gluten free snadwich of the fried green tomato variety, of course. DUH. 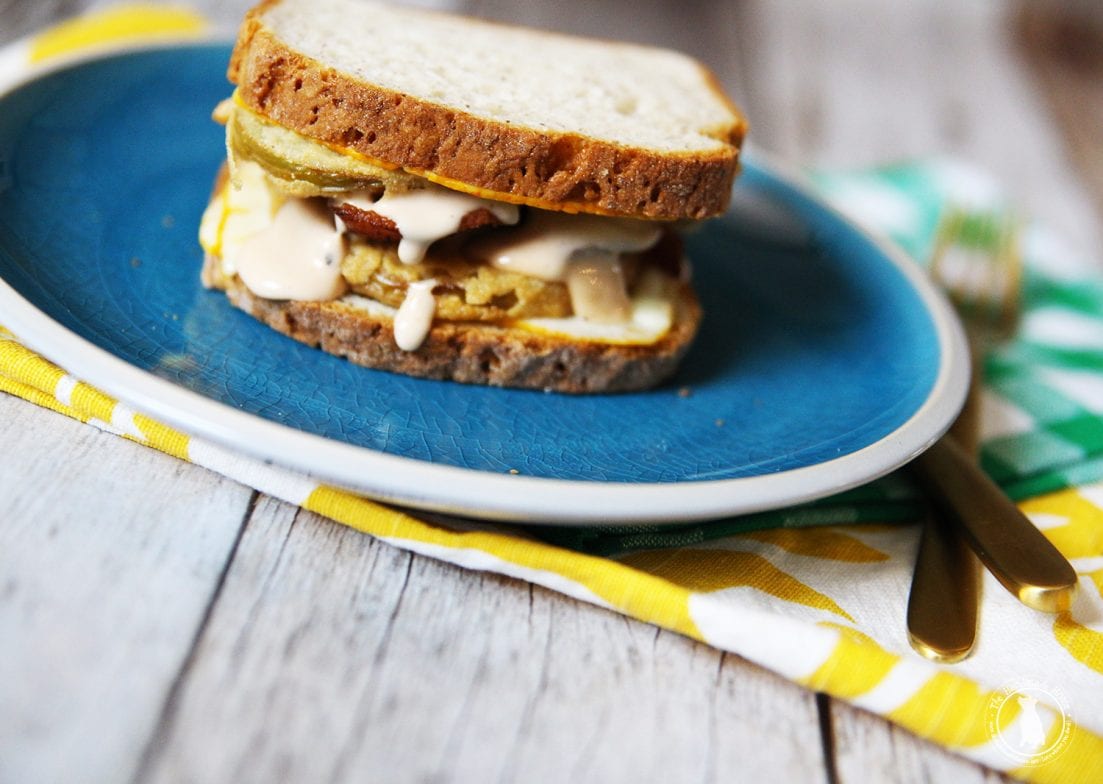 Because we’re from the south, and I’ve always wanted to try one. There’s something so fulfilling about growing your own tomatoes. They’re so versatile, and you can do fun things with them, like this.

Why gluten free? Of course you can adjust this recipe for your own gluten-loving needs. I’ve been on a gluten free journey for a almost a year now {endometriosis} health reasons. It’s been a game changer for my life.

If I’ve learned one thing in said journey, it’s that one must indulge themselves every now and again. At least I must. Or else I will lose my everlovingcrap when the Papa John’s pizza arrives, and go on a rampage which I’ll very much regret later, in the form of paying many dues. And much sickness. And a lot of wailing and gnashing of teeth.

So without further ado: A bit of an indulgence in a gluten free, fried green tomato sandwich. 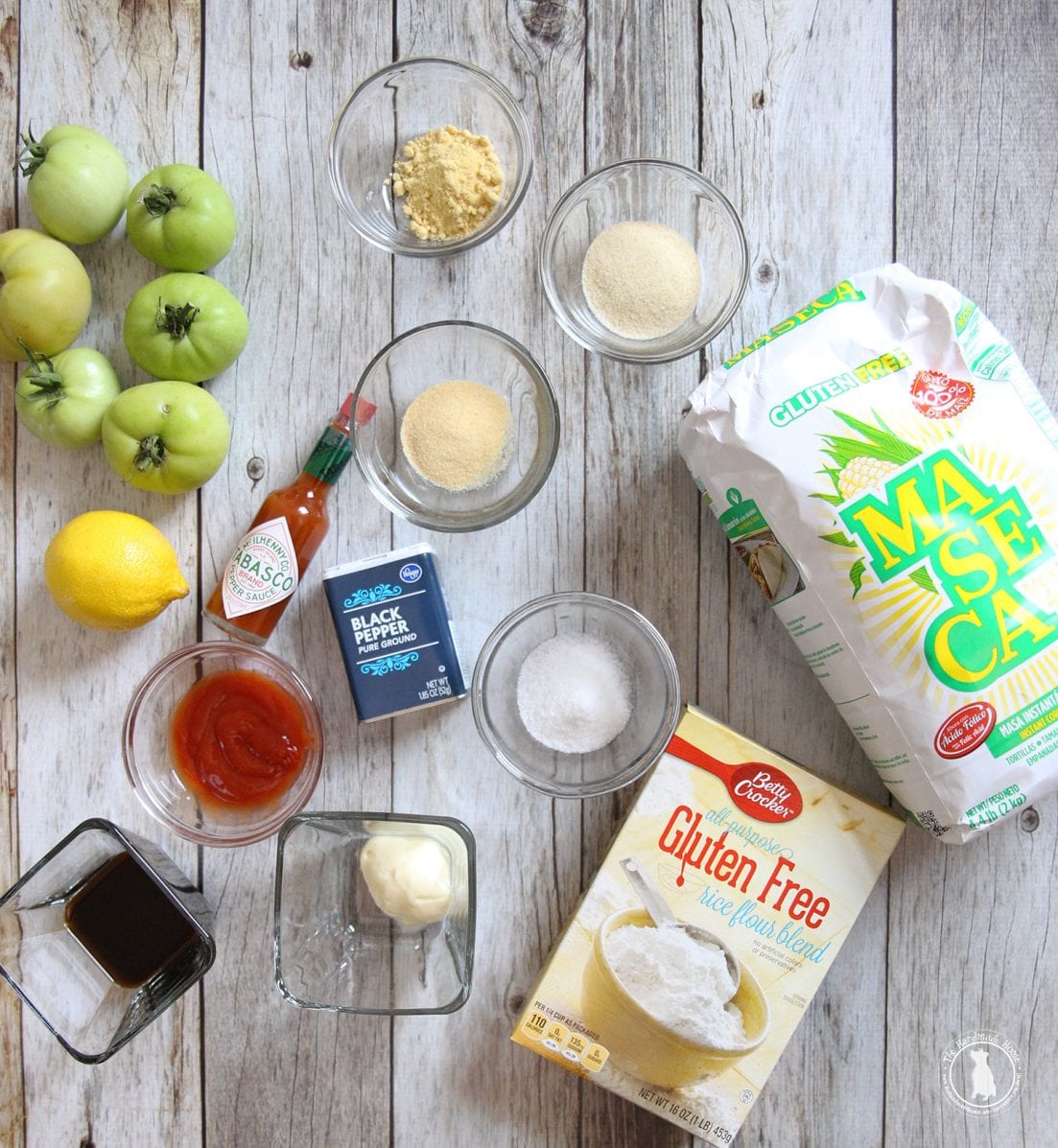 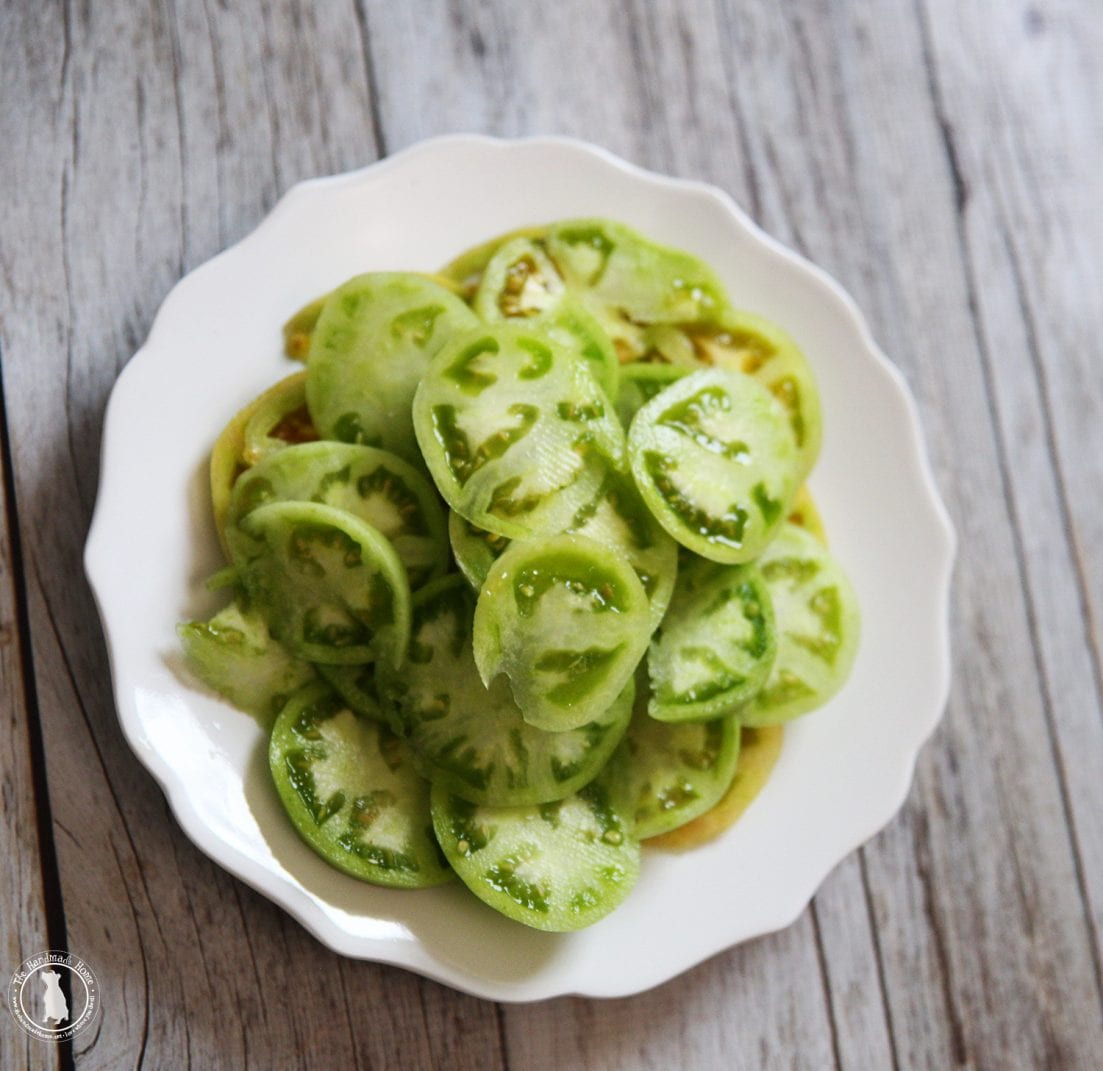 You’ll want to whip the milk and the eggs in one bowl. In another bowl, you want to mix the flour, salt and pepper and in a third bowl place the corn-meal mix. 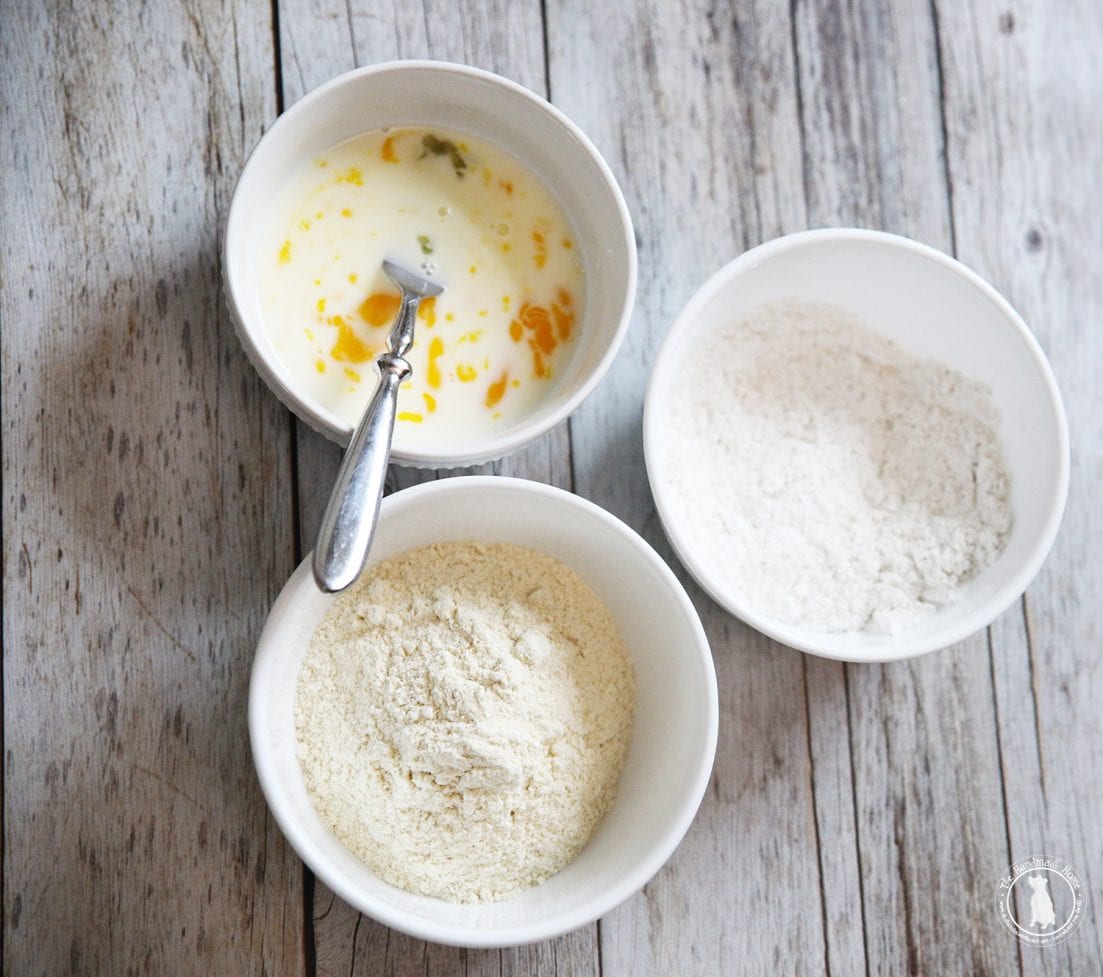 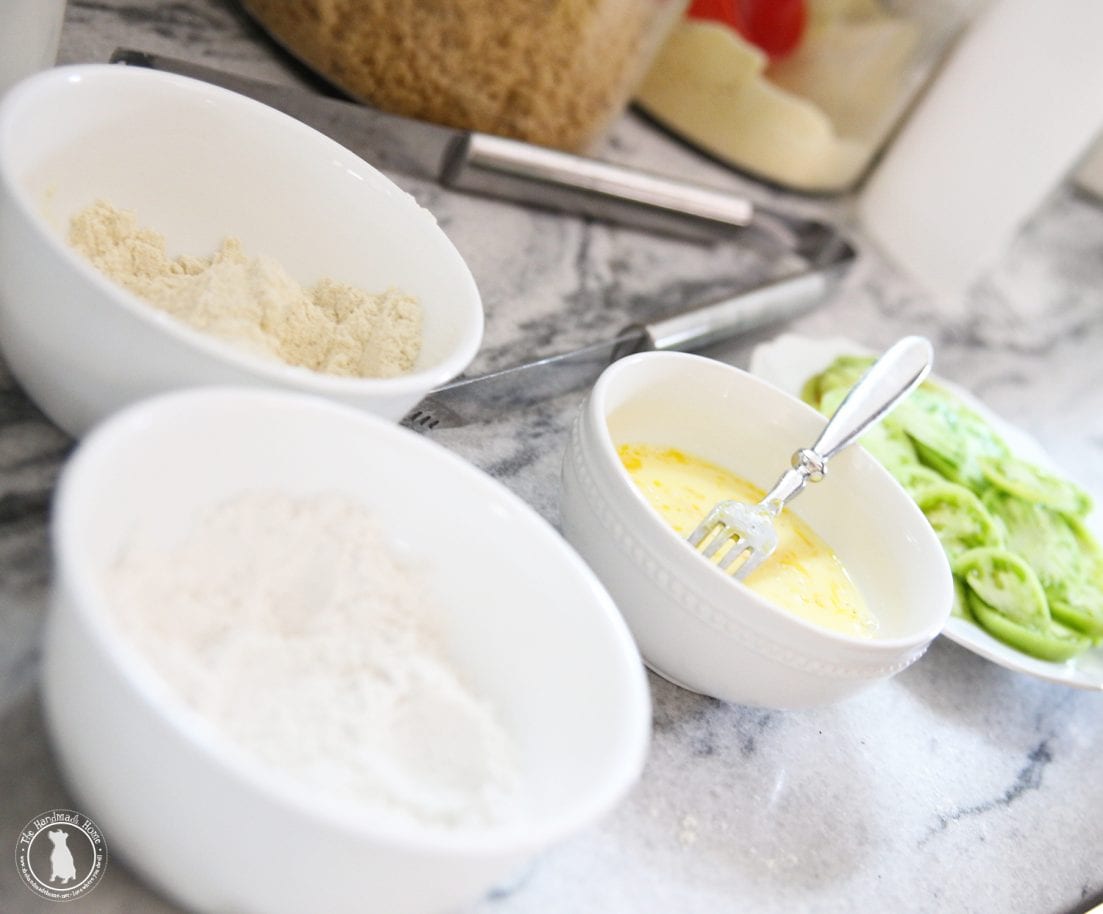 Toss the cut tomatoes in the flour and salt/pepper mixture, then briefly soak them in the egg/milk mixture. Toss them until fully covered in the cornmeal and fry them until golden brown. 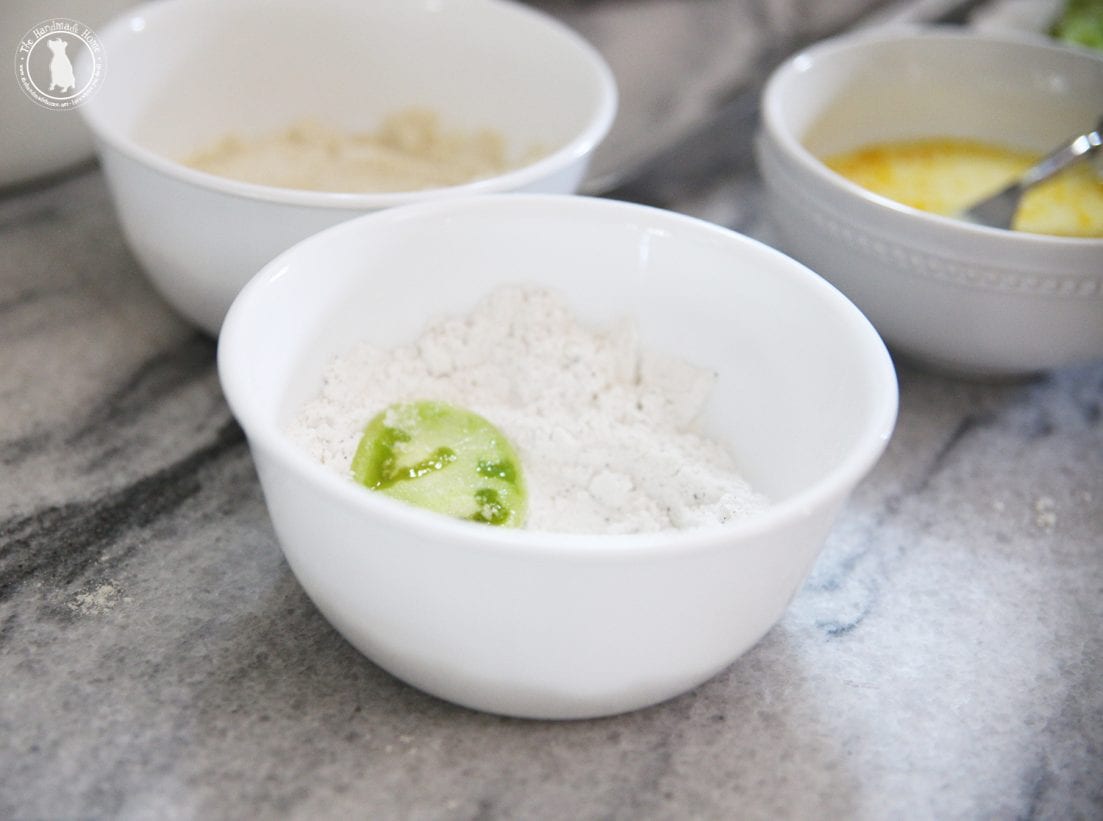 These photos don’t do the amazingness justice. 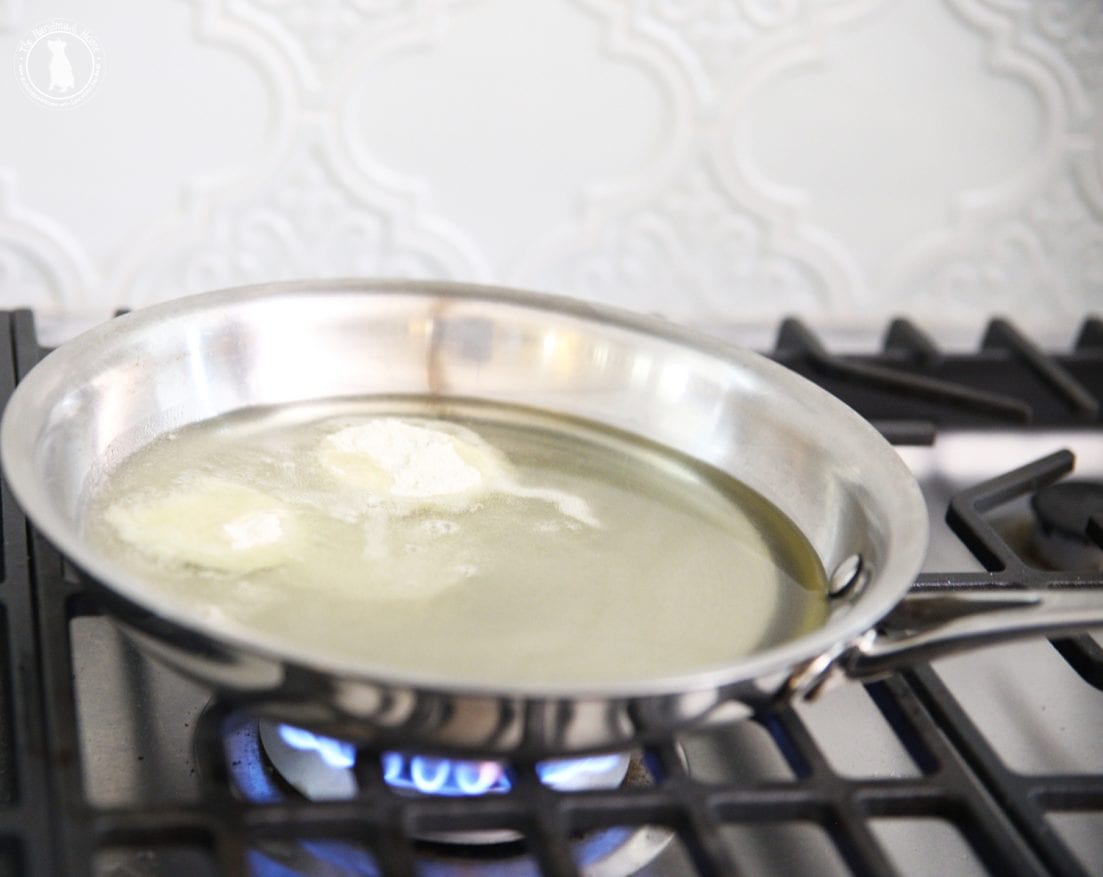 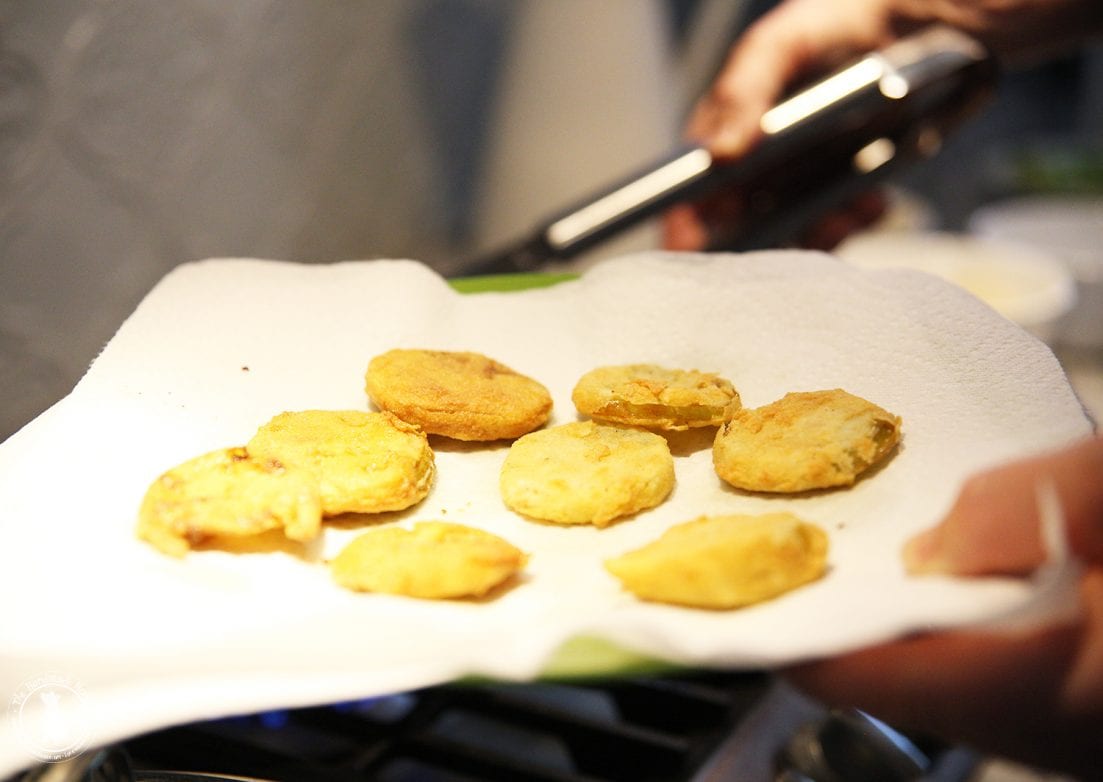 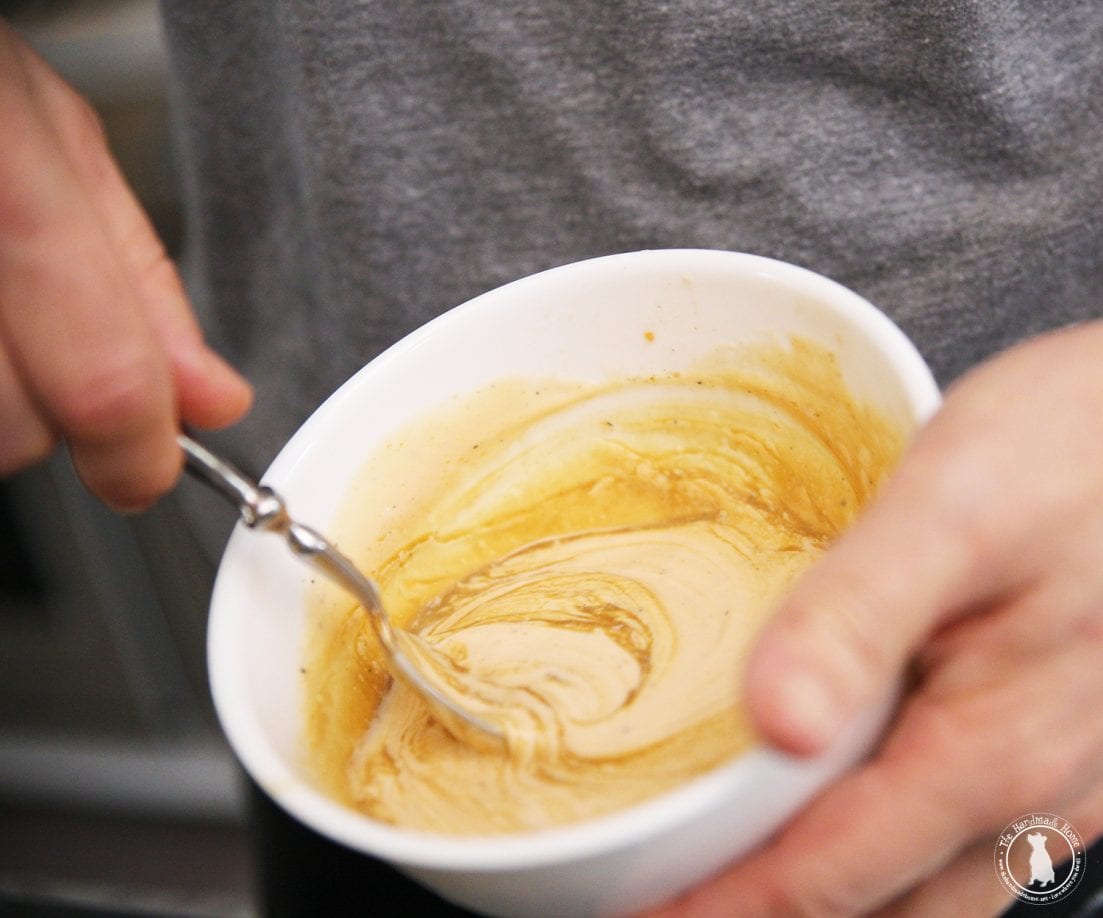 Mix everything in a bowl until fully blended. 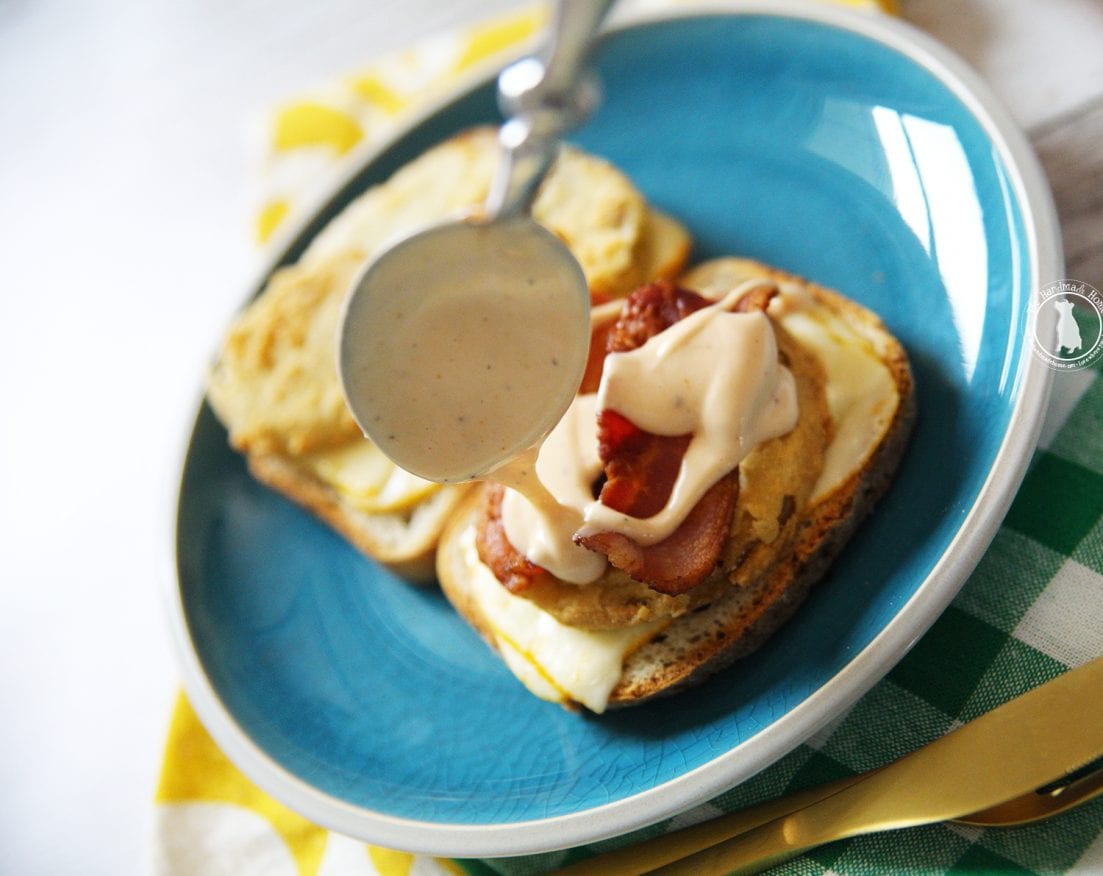 Then toast some gruyere cheese on gluten-free bread, add the fried green tomatoes, a couple strips of bacon and top it with the comeback sauce. 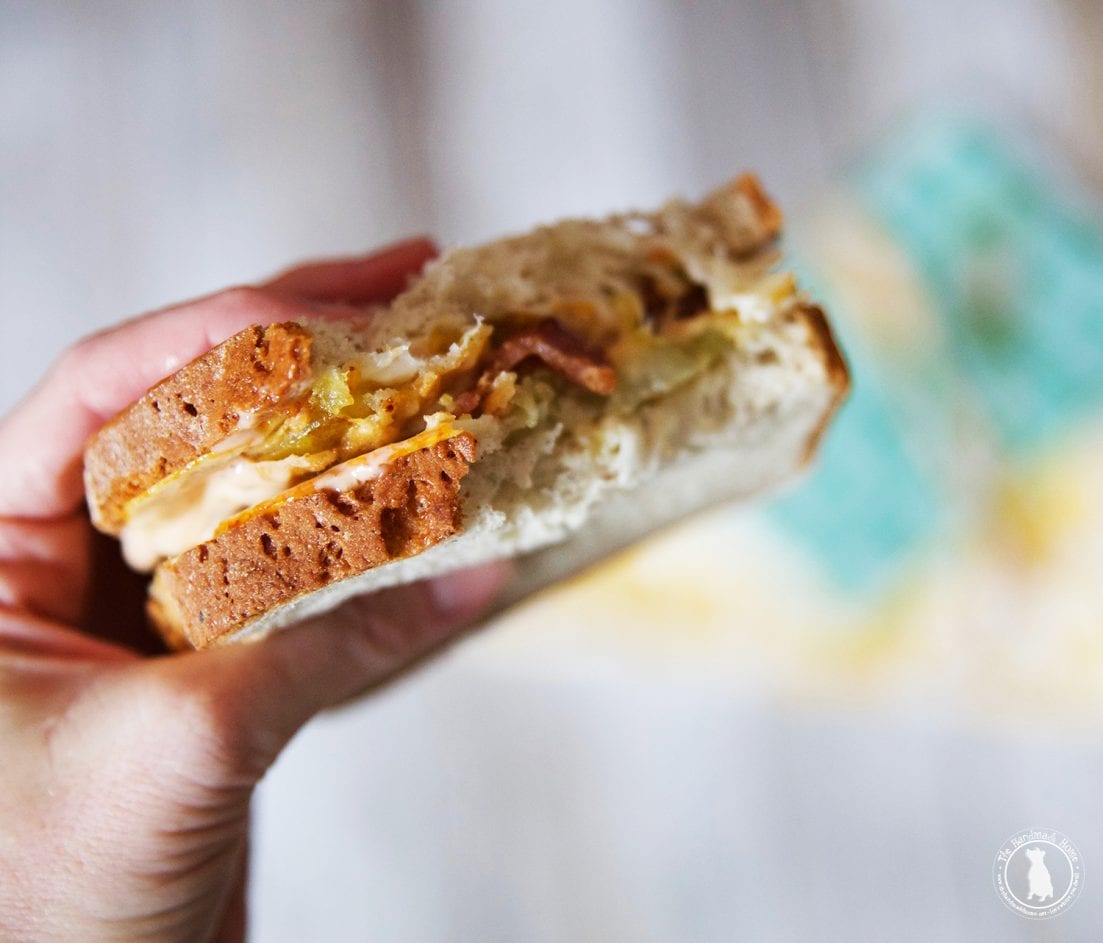 If you make it, we’d love to hear!

And of course, there’s always this to celebrate. 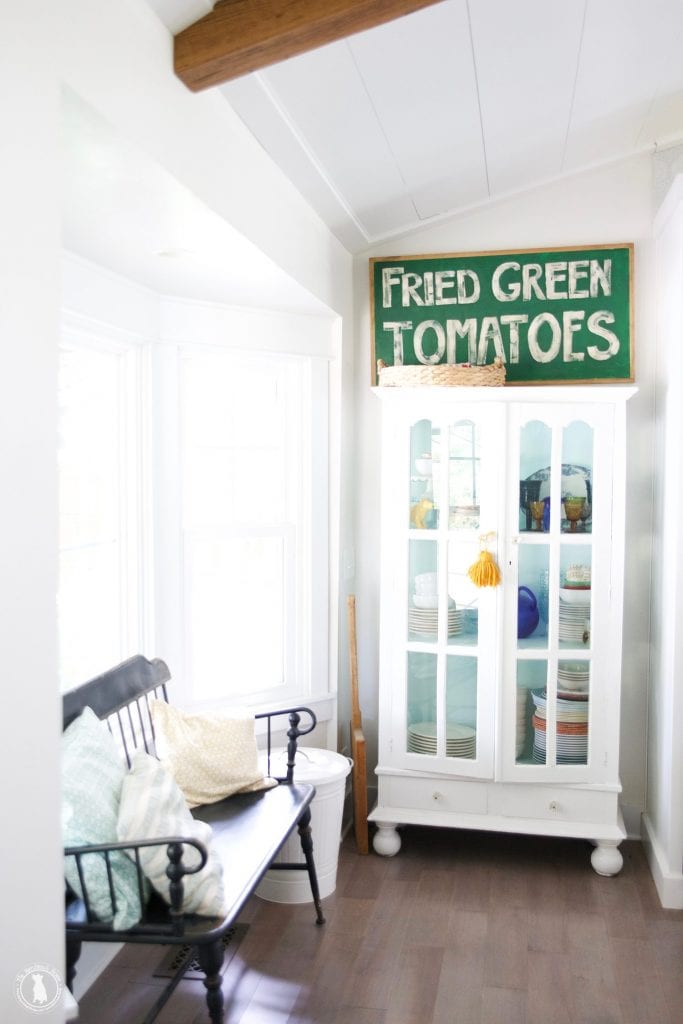 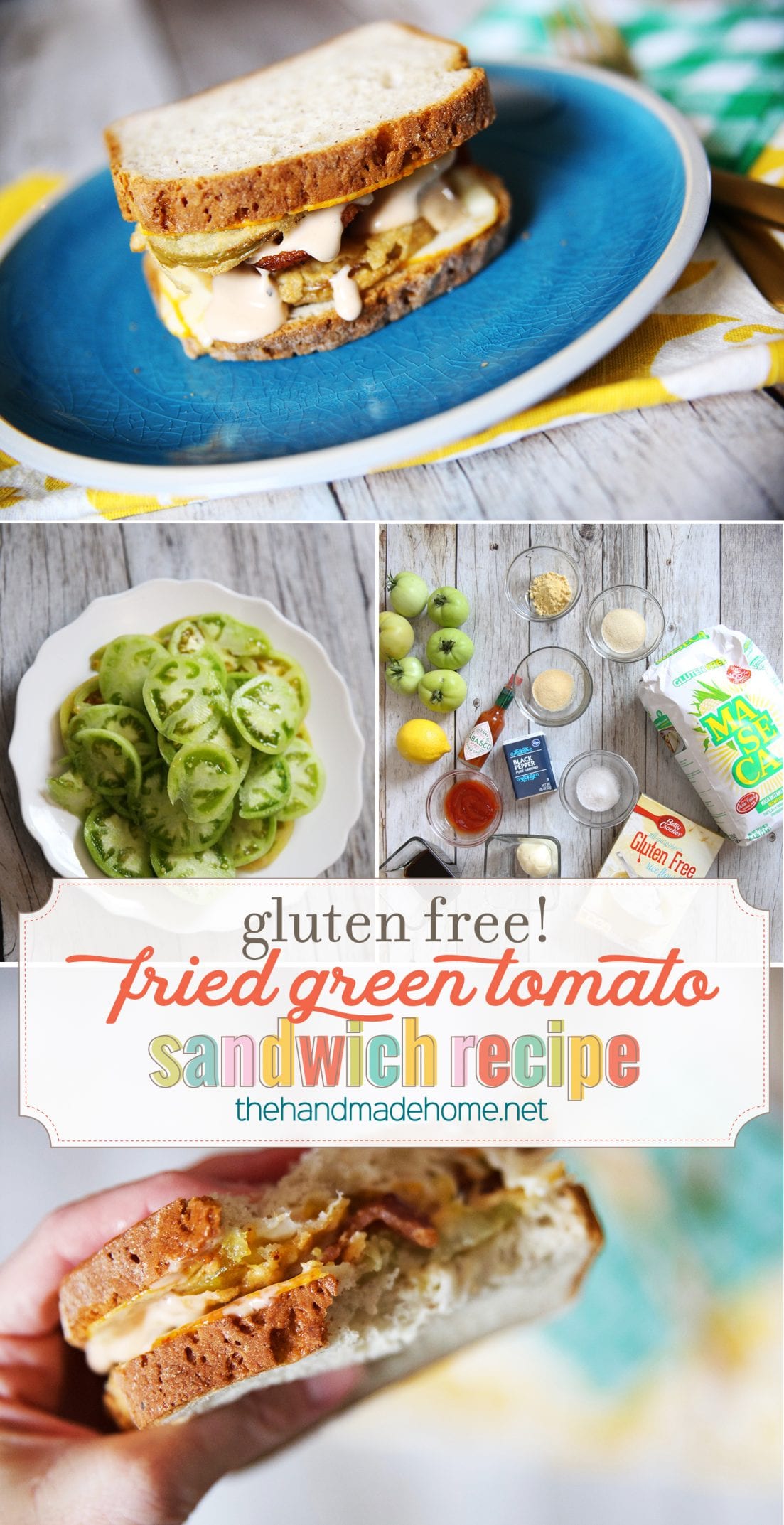