You are here: Home / confessions / a little humor / telephonophobia

The following story is true. Names have been changed to protect the innocent.

I’m terrible on the phone.

It’s a known fact amongst my friends that if you call me, I may or may not pick up. If I don’t recognize your number, it’s a big fat nope for me. Bottom line: I’m a delicate combination of awkwardness and technology ineptness. In college, when we ordered pizza, my roommates and friends knew they had to call. I prefer a paper planner, and my kids regularly steal the apple remote from me because “Mommy doesn’t know how to use it”.

My worst nightmare is when someone says “Call me, we need to talk.”

I need time to process. Its’s never okay to torture me with vague references in the likelihood of an inevitable ambush. Technology is hard. Combine it with social anxiety and I’m screwed.

The story I’m about to tell you, legit happened to me on a Friday night.

I’d been making plans with my friends on a text thread all day, and one of the people in said thread, is named Jen.
We shall call her Jen S. for clarification.

So when Jen sent me a text later that night, I dove right in with a reply. She had six beautiful caned chairs she was looking to re-home, and I thought I had the perfect client who would want them. Never mind Jen hadn’t mentioned this to me at all, which I thought was a little odd since we had just spoken and these things tend to come up in our realm of conversations. Never mind that I was exhausted, and this was in the middle of mid-Friday night chaos with our family.

So when I glanced down again and she texted “Can I call you?” I was all LOLZZZ Yes.

Because this is a running joke between Jen S. and myself, that we had just discussed a few days before. I don’t pick up the phone for many people, but Jen S. is a phone talker. Therefore I answer the phone when she calls. She now feels special because I told her she should. It’s how our friendship works.

So imagine my surprise when I picked up, and it was not Jen S. on the other line. This was decidedly not her voice and I was very confused. She started explaining her chair situation, but in a panic, I pointed at my phone, and mouthed to Jamin “WHO IS THIS!?”

The panic rose a little as she continued to speak. I put her on speaker so I could hear the conversation in an effort to be a good friend and also search her stored number as I realized to my horror there was no last name there.

Her: So I have these chairs, and I need to find a home.
Me: They’re like, really pretty.
My brain: FORTHELOVEOFALLTHINGSHOLY WHO AM I TALKING TO? 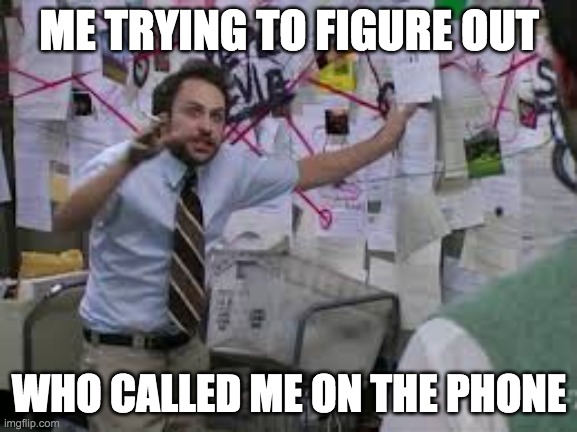 I tried so hard to follow her conversation.
Yet here she was, talking.
To me.
Innocently continuing our text thread.
About beautiful dining chairs.
While I was stupidly confused.
On the phone.
Literally frozen there, just listening.

This was about a design conundrum, that had a great story behind it. She even mentioned a few other names… but I recognized none of them. The panic was rising. There were no clues. No context.

No way to alleviate my current humiliating pickle of a situation.

In retrospect, it shouldn’t have been that hard to figure out. Really. It’s not that complicated. But this was the perfect storm:

1. My expectations of whom I was speaking to because I’d just been speaking with whom I thought I should be speaking,
+
2. Combined with family chaos and the end of the really long week,
+
3. My tendencies to quickly store phone numbers on a whim when they were previously included in group texts so that I can keep people straight, without sometimes clarifying last names… {It usually just says, Jen Jacob’s Mom. Or Amy, that chick I met at the grocery store near the produce section.}

This Jen was just one name. Fail.

JK. I don’t store people’s names I meet in my phone at the grocery store.
Usually.

I believe that my disorientation was only complicated by the fact that I had to be on my professional a-game for said design conversation, whilst trying ever so desperately to figure out who this was.

Magnified by one hundred when my anxiety only compounded the situation.

How rude would it be to interrupt my friend, and ask her I’M SORRY…. WHICH JEN ARE YOU?!
I racked my brain.
I listened for context.
I gave simple answers while I tried to listen, and desperately motioned for Jamin to enter her number in HIS phone in hopes he had it stored under another {correct} last name.
He also did not have said number.

Am I losing my mind?!

Ever been in a situation like this, where it feels like everything is happening quickly but also in slow motion, while you try to process? There were a few different options, which raised valid points in my head:

A. This person had texted me by mistake and thought she was speaking to someone else and I’d stupidly continued the conversation {the initial worry had passed because I clearly had already stored her name, albeit incorrectly}.

C. Proceed with the conversation, until I figured out who on earth I was speaking to at the risk of looking like a total moron.

{Yep, definitely going with option C. And then writing about it in a public domain.}

Jamin had busted out his Facebook so that he could look up all the Jen possibilities when finally this Jen {GODBLESSHER} uttered her husband’s name for context. I’m usually terrible with names {shocker – see above reasons} but this one worked. I’d just met him a few weeks earlier, and also because the telephone anxiety gods shone down upon me and offered total mercy upon my shredded dignity of a social life.

I did what any other sane person would do, and burst, mid-conversation into borderline hysterical laughter. I immediately apologized for my confusion. I hadn’t exactly been my usual {I like to think, warm} self and I needed to fess up. My #enneagram4 was showing.

OH my gosh Jen this is so embarrassing!!! I was so confused… and proceeded to tell her the story of how I totally thought I was speaking to another Jen. It was an odd combo of mortification, relief, and a bit of triumph. I felt like the winner in a lightning round of charades. Because at this point, I’d already dropped the conversation ball into an oblivion of the socially challenged.

Did it matter how crazy I looked?

I told her she was now properly stored in my phone and that I was sorry I was officially losing my mind. Jen D. was a little relieved, as she wondered why I’d barely been speaking.

She probably thought I was awkward on the phone or something.

I can’t decide if it’s age, fatigue, early-onset dementia, or all of the above… but clearly, I’m not good at multitasking in a panic.

So apologies again, friend. Name properly stored. And I promise I’m not always this awkward.
Maybe.
Kinda.
Actually really not.

So the next time you have an awkward moment, just picture me in a cold sweat, faking my way through a conversation while I wander around the house in a total panic looking for vague clues, hoping they materialize out of thin air in the form of my conversationalist partner’s husband’s name. Because sometimes, I suck at life.

Apologies again, for my telephonophobia

how's the white holding up?

the one where we had so much to do, we went to the fair instead. and didn't die.