You are here: Home / confessions / twenty to life

Mayberry is rampant with the voices of spring.

Our neighborhood has no shortage of trees and greenery. Which means that the beautiful blue eggs are literally falling from the trees as the baby birds hatch, bumble bees are dive bombing our heads, and if I wanted to scoop up a bushel of baby rabbits, I would just have to uncover the nearest stump in the back yard. 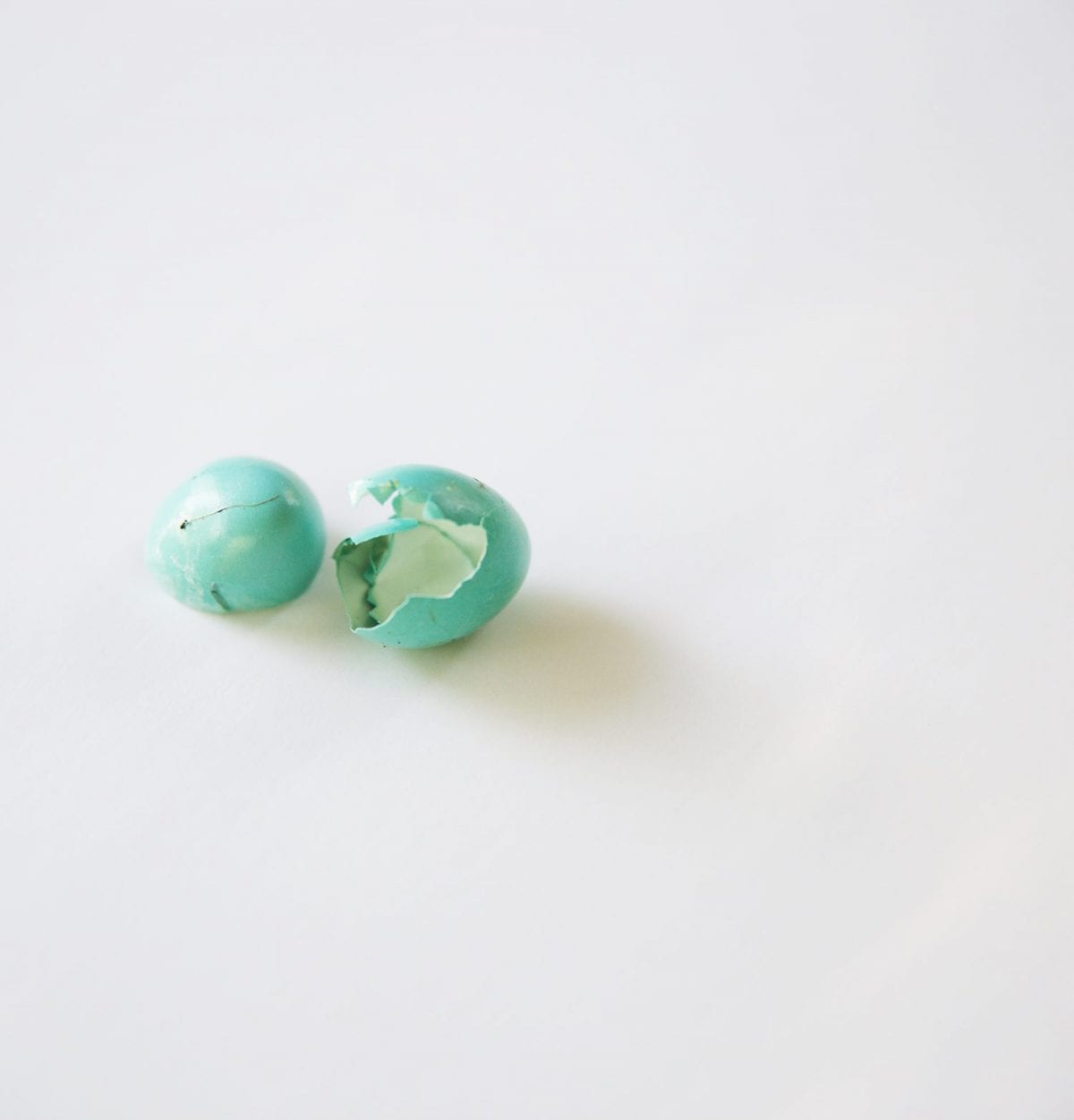 The other day, I glanced out of the window as a white string about seven feet long, was dropped from the sky. Jamin and I were mid conversation when I froze to watch. At first, I thought I was imagining it, and then I saw a bird land beside it. She swooped down and flew to the tree with it… the bottom half not leaving the ground until she was well up into a far branch. Acrobatic artistry at its finest, we are mesmerized with their diligence and ability. She was using it to build her nest.

And as far as nests are concerned, a blackbird has built its nest in our pool slide. 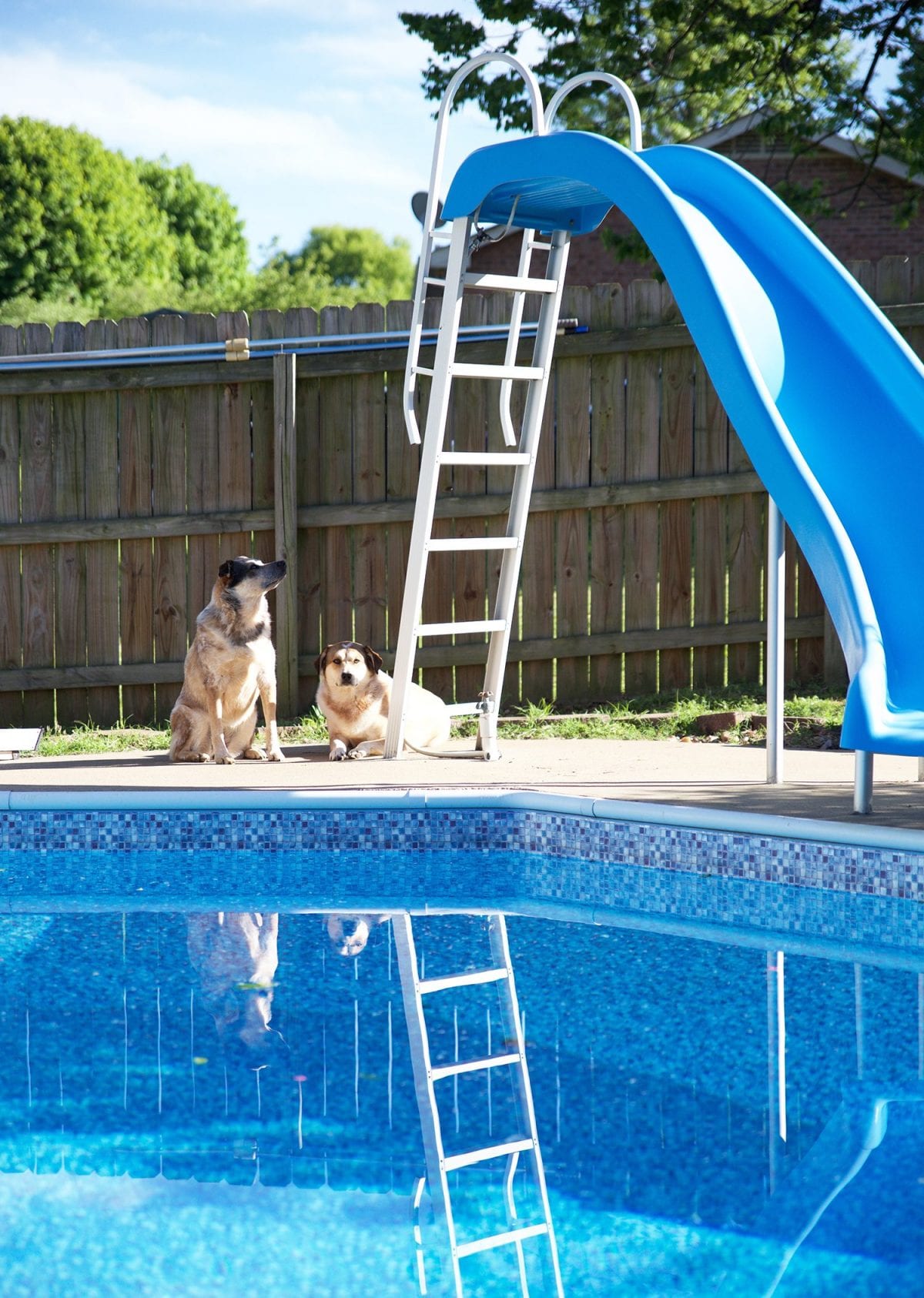 Of all the places. There was a hole on the underside, and that means said slide to said pool is a little off limits until this nest has graduated. The eggs have hatched, and there’s a cacophony of chirping inside. Each one demanding whatever it is that she brings. The mama bird flits back and forth, but not without peril. The most dangerous of predators wait beneath.

Rigby and Fitz sit underneath the pool slide, hoping for a glance. I swear Fitz climbed two steps up the other day, glaring into the hole, as if she might actually be able to get to the inside. They’re indignant: How dare this bird invade their yard. Fitz barks ferociously, a little more eager of the two, while Rigby just stares. They’re waiting for their chance, and it’s a daily dance… a comedy, really. That a. They think they can catch the mother bird and b. That they’re entertained for hours on end. This bird is faster. She watches, and she distracts. She works hard and she always wins. The dogs are bewildered.

We are endlessly entertained with this daily competition. 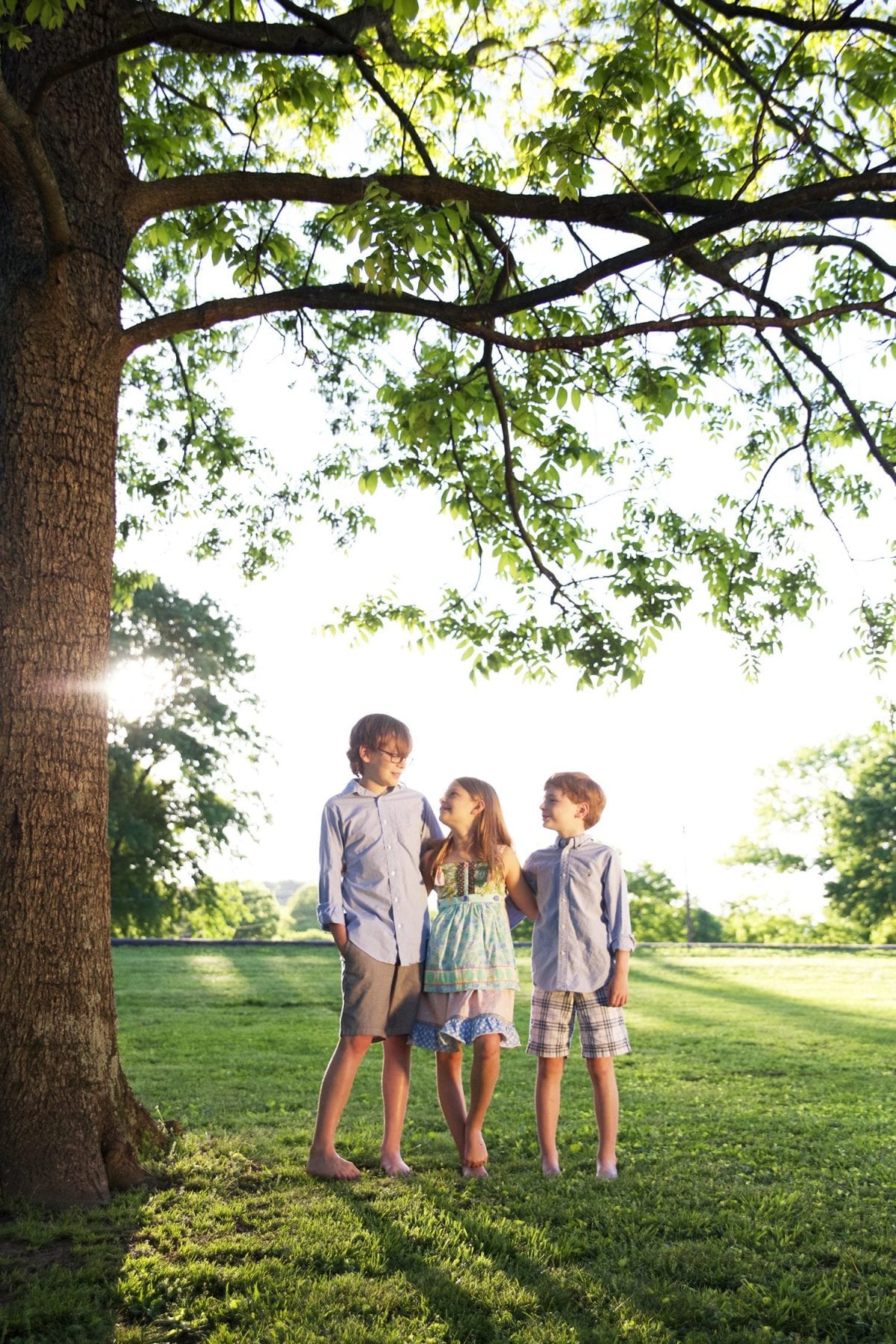 His shoes are as big as mine now. When I’m doing the laundry, I can slip on his shorts if I want. I tell them daily, I’m putting bricks on your heads, to make them all stop growing. And they laugh. But there’s something about the oldest that has me by the heart.

His teachers sent out an email the other day, and in a jovial closing, it said “In six more weeks, you’ll have a sixth grader!” Thanks guys. I know you mean well, but let’s just calm it down for a flipping hot second. I found the computer screen suddenly hard to read. Now it’s two. Two more weeks.

His graduation will be soon.

We’re on the brink of another stage. Another season of life. And I find myself counting how much time I really have left: Eight more summers.

A few weeks ago, we got together with my family for the weekend. That night, my brother, sister, and I decided to break out a few fun family videos, and torture everyone else with a special viewing. What we thought would be hours of laughter {it was} ended up with a bit of a staring-me-in-the-face, somewhat-painful life moment. There I was, watching my parents via time warp on the other side of the screen. Realizing that in the video, they were younger than me. And that in the next, they were in our life stage.

When I was a child, this felt like forever away.

And here they are now, watching these videos with us like it was yesterday… with five grandchildren. My mom laughs and tells me I’m still a baby. There’s a just-you-wait, tone in her voice. 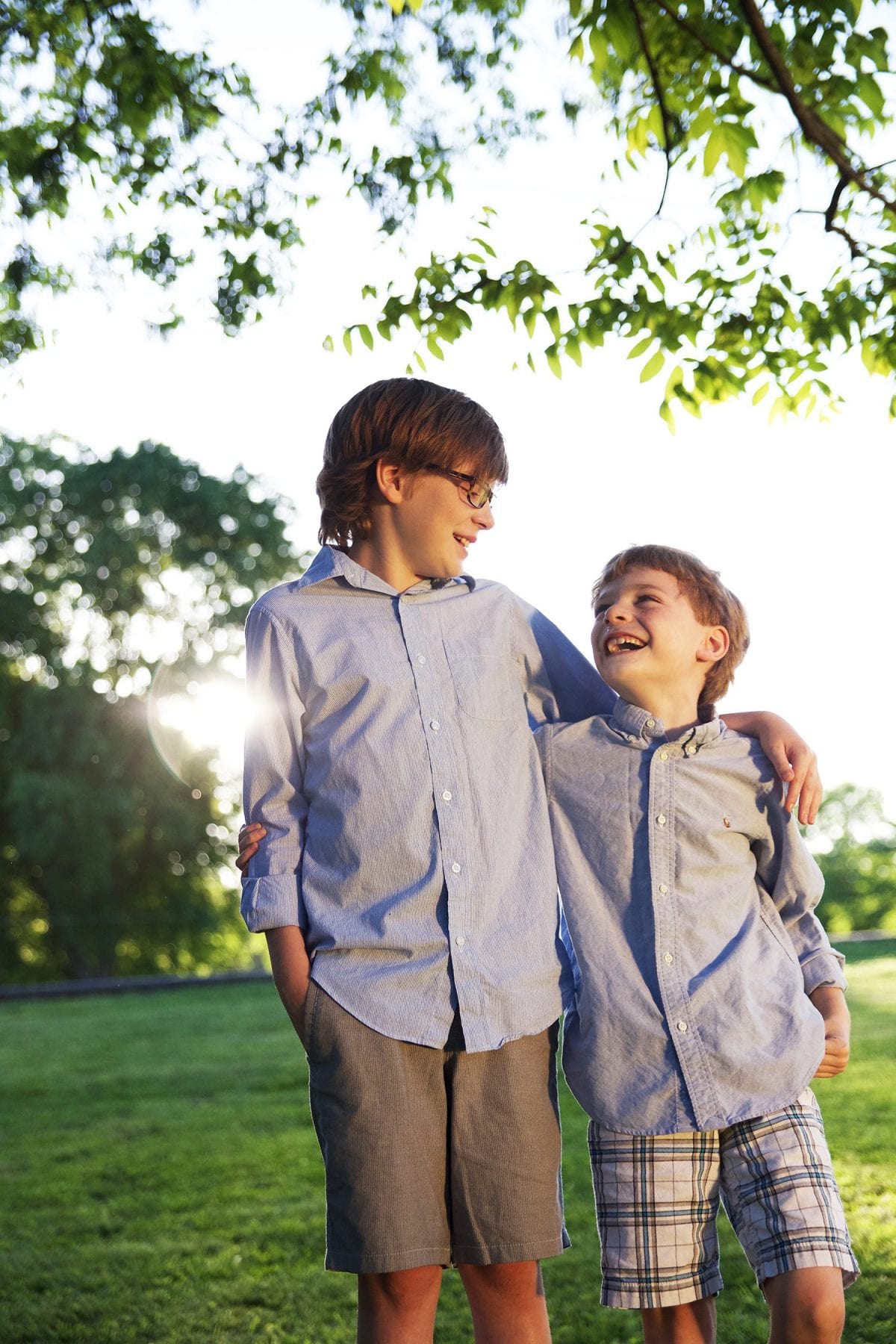 Every day of my three children’s lives, I’ve tried to breathe it in. Seize the moment. Document funny memories. Remember their laughter and their different phases. Any chance I get, I hold their sweet hands to relish how soft their skin feels. I close my eyes and listen to their voices.

But I think I’ve failed at this. And I know I’m afraid, as silly as it sounds. I need to do this more… or that, I tell myself. The list grows of where I fall short, from motherhood to memory making. More photos. More videos. More moments. More cherishing. NOW. Before his pants are so big, they fall off of me when I put them on {like a total weirdo}.

When do we learn to separate fear from sentimentality? Guilt from the ability to relish? I don’t want my fears or stress to always overshadow life, and my ability to enjoy the ride.

I blinked, and he’s eleven. This summer, twelve. I find myself almost angry that life is so short. When they were babies, people warned me of how fast it goes. In the middle of those sleepless nights, I would nod in agreement, but I really had no idea what they meant. A few years ago, we would sit on the sofa, and he would drool through his paci, and I would pinch his sweet little rolls on those thighs while he giggled. The other night, he came to me and his daddy with a serious question that I was not ready to tackle. Something that I knew was coming, but there it was, anyway. 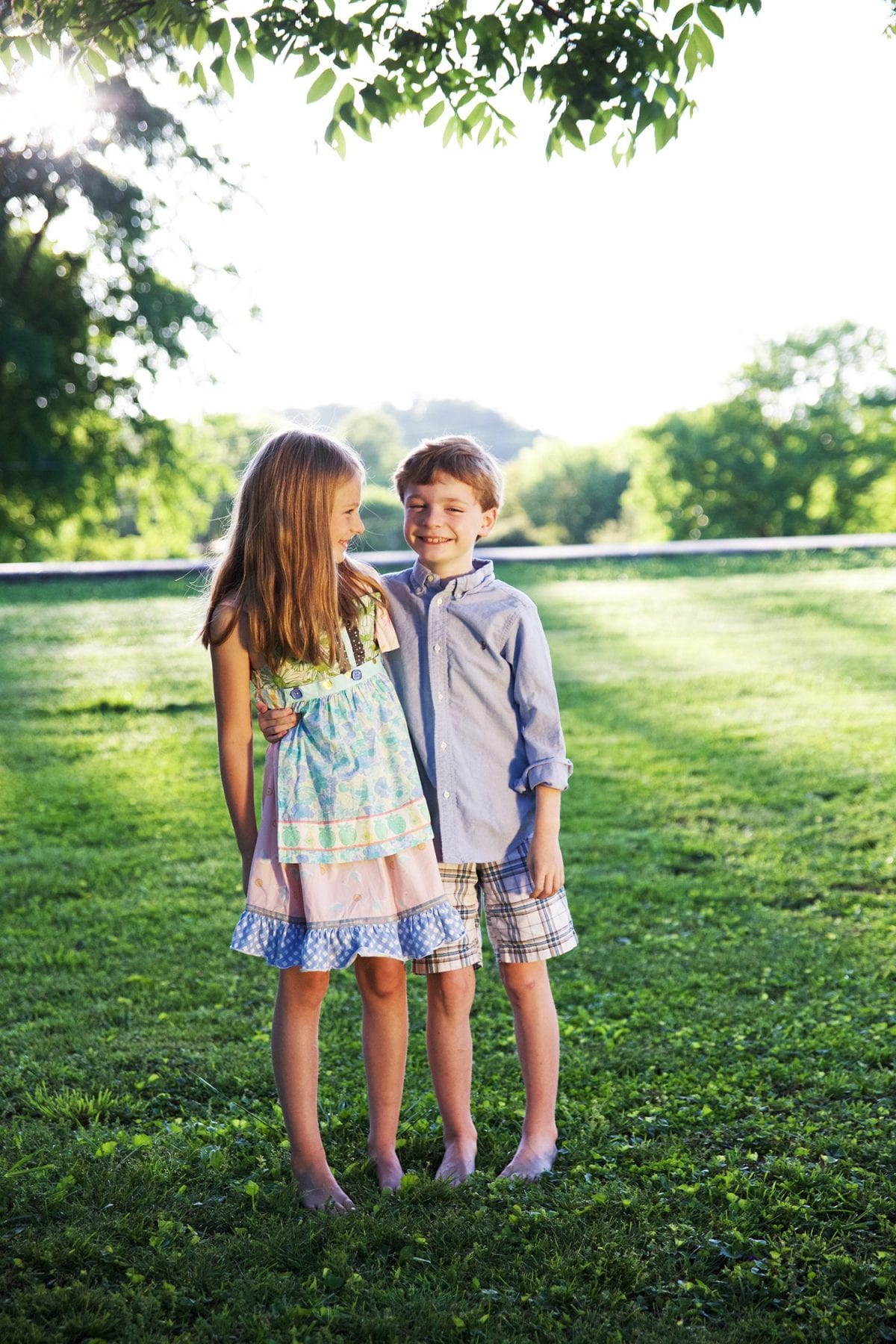 Staring us straight in the face with this rite of passage, a season is over. The next chapter has been opened.

And on the flip side, we tackled it head on. The litmus test actually went really well. We were kind of surprised and secretly did some high fives, after. We held our breath and waited for the next question. But he was back on to innocence and conversations on Star Wars.

When they were born, I knew that theoretically, I had them until they were twenty. Technically, like eighteen, but I say twenty because it sounds better – A nice, rounded off number. I think I can give myself that. It seemed like an eternity away. It’s our job to do the very best we can, before they’re “on their own”.

Before they leave that nest.

Because really, one never stops being a parent. Even if that parent thing changes. 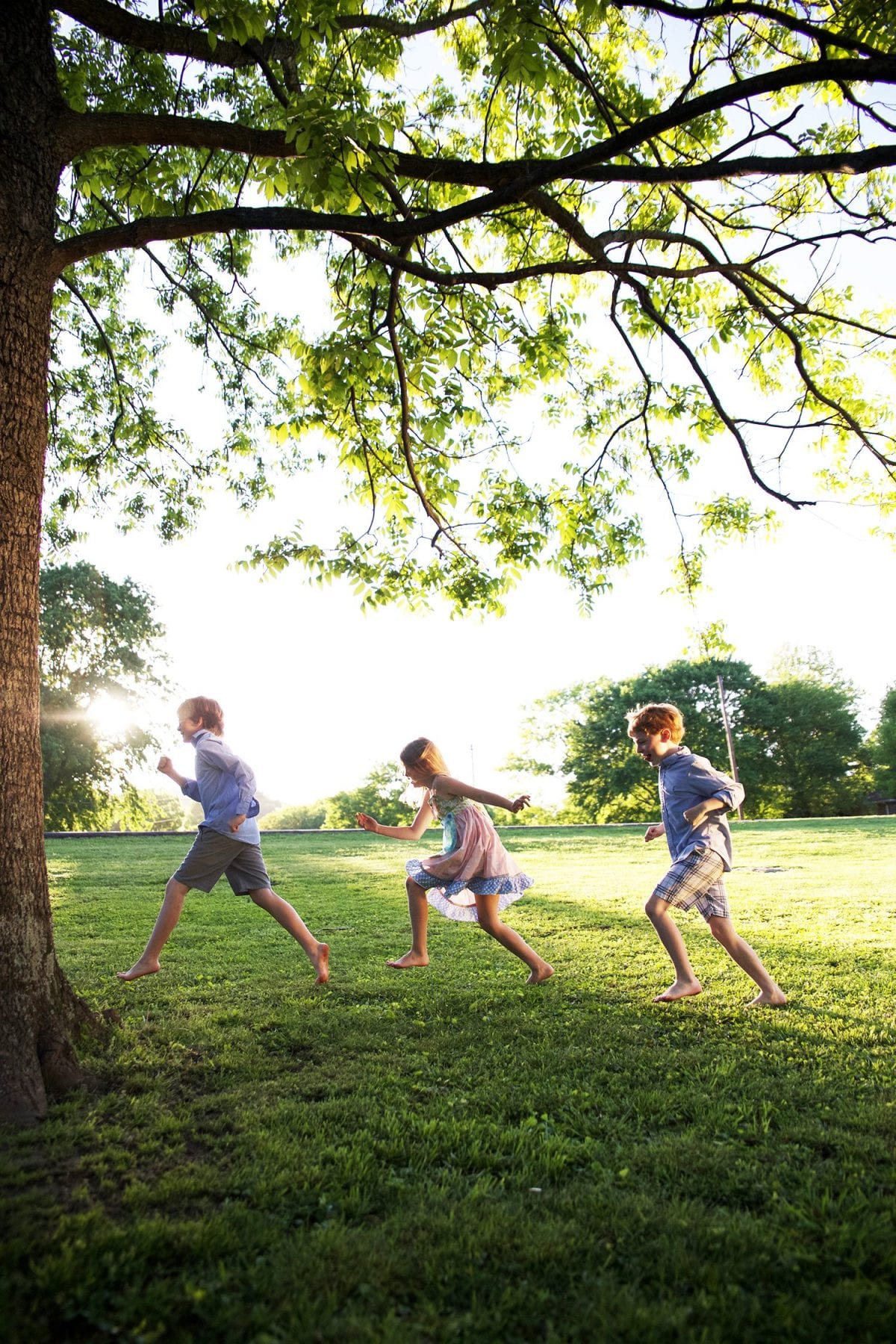 I know that it’s a gift, to watch them grow. And I’ll take it for as long as I’m given this gift- I hope for the rest of my days. But double edged swords and such, because it’s also painful. And so there I am, staring that that email from his teachers with tears in my eyes. And also high-fiving Jamin because we’re going to be pretty freaking good at this tweens thing.

So this summer, we will build the best treehouse they can imagine.

We will teach them how to flip into the deep end of the pool.

We will catch those fireflies in little jars and watch them twinkle.

And we’ll dream up the biggest dreams we possibly can while we sit together and watch the stars.

I can’t make time stop. I can’t do more.

But I can be there.

And we’ll swing under the branches while we listen to the cacophony of baby birds, ready to leave their nests. Just as they do each spring. Just like they always have for seasons before us. Hoping that in the meantime, we’re doing the very best.