You are here: Home / eye candy / a few of my favoritest things right now…

1. Did anyone catch this month’s Southern Living? I’m still wiping the drool off my face. My mom bought me a super cool wallet this christmas. I remember thinking, “what a fun line!” So when I saw this home, I was all swooning and stuff, and when they mentioned the business this couple runs, I didn’t put two and two together until I saw her logo on a bag in the back of the magazine. I love it when stuff like that happens: seeing designers’ living spaces when I was already a fan of their work. {What a treat!}

Click on over to read all about how they gave their new home an old look.

2. I’m swooning over this mudroom/entryway. It just may be the bestest mudroom in the whole entire world. The windows and door combo with the blue are absolute perfection…yes, please.

3. Off the subject of interiors, but on with something super awesome to make for your kids:

why yes, I would love some super hero/personalized little people. Simply buy the wooden pieces and paint. We may be doing this one soon. VERY soon. In fact, I’m ordering some five minutes ago.

4. I love seeing how people are using our freebie downloads. Honestly, nothing makes me happier in the world of downloading. Check out how Shannon from Bless our Nest used these in her home. So inventive!

5. Did you see the cover of Veranda’s June Mag?

They really need to stop spying on me with the pin striping on the dining room chairs. My fabulous super talented reupholsterer artist friend Tiffany sent it my way. So they should know…we’re on to you, Veranda. We’re on to you. {insert sarcasm here} But I’m loving the feel of that fabric on the table with the pinstriping. So I can now officially consider myself inspired. Two can play at that game, Veranda. ;}

6. Finally, just wanted to share one of my favorite stories with you.

Quoted directly from this site:

Washington, DC Metro Station on a cold January morning in 2007. The man with a violin played six Bach pieces for about 45 minutes.

During that time approx. 2 thousand people went through the station, most of them on their way to work. After 3 minutes a middle aged man noticed there was a musician playing. He slowed his pace and stopped for a few seconds and then hurried to meet his schedule. 4 minutes later: The violinist received his first dollar: a woman threw the money in the hat and, without stopping, continued to walk. 6 minutes: A young man leaned against the wall to listen to him, then looked at his watch and started to walk again. 10 minutes: A 3-year old boy stopped but his mother tugged him along hurriedly. The kid stopped to look at the violinist again, but the mother pushed hard and the child continued to walk, turning his head all the time. This action was repeated by several other children.. Every parent, without exception, forced their children to move on quickly.. 45 minutes: The musician played continuously. Only 6 people stopped and listened for a short while. About 20 gave money but continued to walk at their normal pace.

The man collected a total of $32. 1 hour: He finished playing and silence took over. No one noticed. No one applauded, nor was there any recognition. No one knew this, but the violinist was Joshua Bell, one of the greatest musicians in the world. He played one of the most intricate pieces ever written, with a violin worth $3.5 million dollars.

Two days before Joshua Bell sold out a theater in Boston where the seats averaged $100.

This is a true story. Joshua Bell playing incognito in the metro station was organized by the Washington Post as part of a social experiment about perception, taste and people’s priorities. The questions raised: *In a common place environment at an inappropriate hour, do we perceive beauty? *Do we stop to appreciate it? *Do we recognize talent in an unexpected context? One possible conclusion reached from this experiment could be this: If we do not have a moment to stop and listen to one of the best musicians in the world, playing some of the finest music ever written, with one of the most beautiful instruments ever made.

How many other things are we missing?

I hope you all have a wonderful Friday, and that you take a moment to stop, and appreciate the beauty around you today. 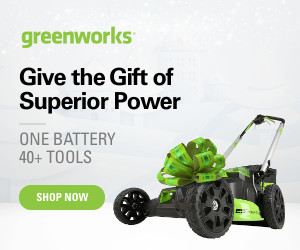