You are here: Home / the money pit / afco columns and the front porch makeover

When we moved into our house, the entire thing was kind of a lot to take on. One element {amongst other things} that really bothered us, was that the columns on our front porch were rotting out. To the point where we were a little worried that our front porch may start to sag as a result. In retrospect, I’ve actually searched for all things photos and some that I may have taken of said columns. The condition looks so much better from all our far-away photos. Apparently, it never occurred to me to take an up close photo of the old rotting wood columns on our front porch. It would have been great for the dramatic effect and stuff. But if you look at the bottom of the posts here, you can see a little bit of what I’m talking about. 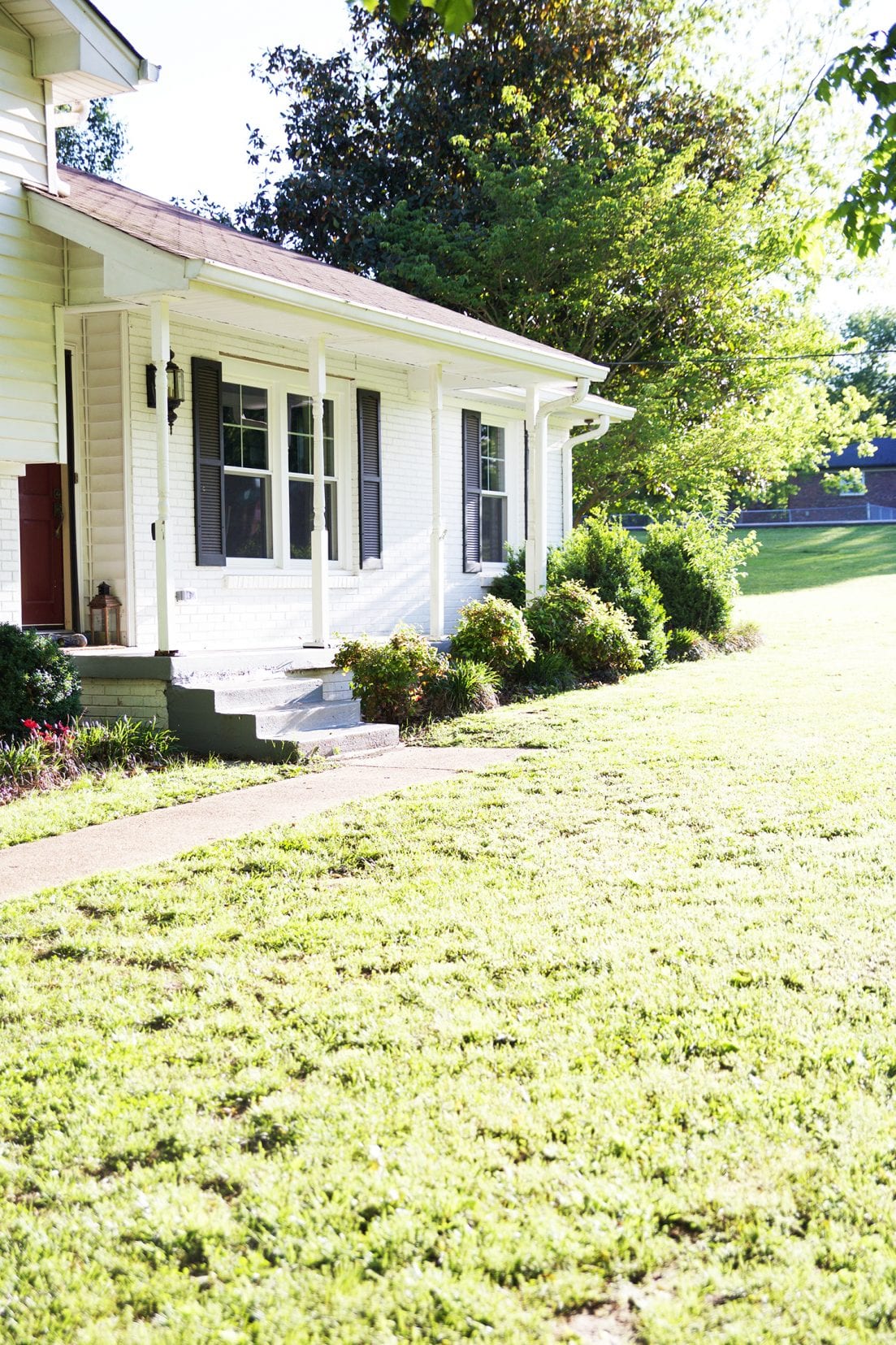 If you’ve heard us speak of the outside before, you know it was kind of an eyesore for about a year. And in that year, the rotting only got worse. I had secret fantasies of karate kicking them down on a bad day. But since I’m an adult{ish?} who pays a mortgage, they ended up coming down with a little more dignity via our outside overhaul with Window World this past Fall.

If you look at the bottom in the above photo, you can see they really were holding on by a thread last Spring. The bottoms were crumbling with years of moisture issues and what we also like to call ‘neglected despair’. 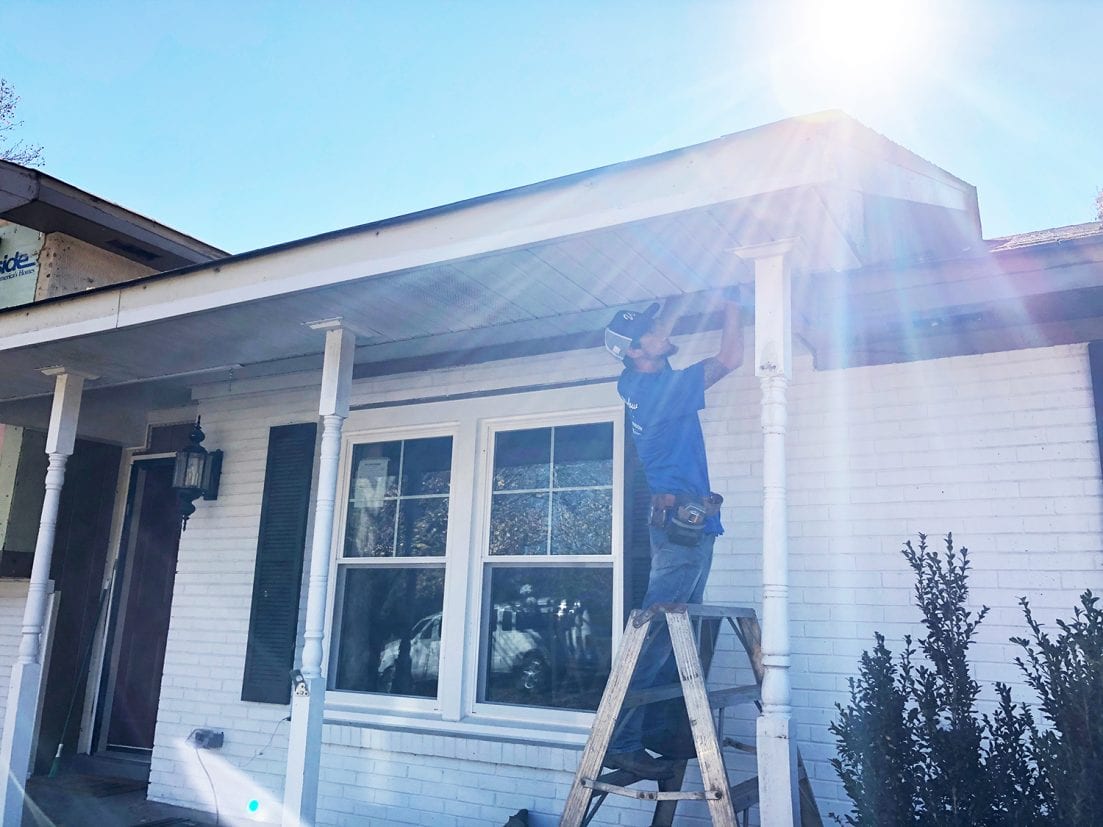 We’re not Fung Shui people {yes, I had to google how to spell said word} but it did feel like the happiness chi balance thingy of our house needed a grandiose realigning. So the day that they came down, there was much rejoicing, and we were thrilled to replace them with AFCO columns.

Cue the heavenly angel choir chorus because it’s all in the details, and these columns are everything for a new front porch! 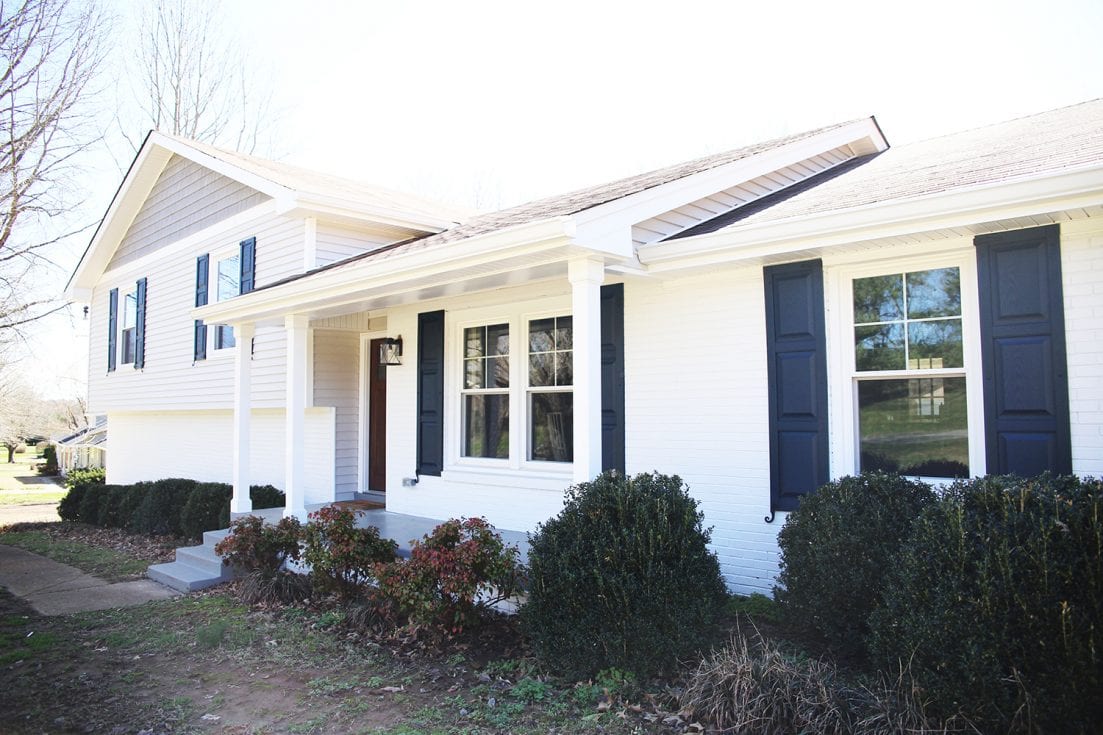 We loved that we were able to take out the awkward middle column that cut off our views, and have three on the front, outside.

We were thrilled to share our little spring porch makeover last week, and while we have more coming on all things outside, we’re just happy that the front of the house doesn’t look so abandoned anymore.

And columns that won’t be rotting out in the future. 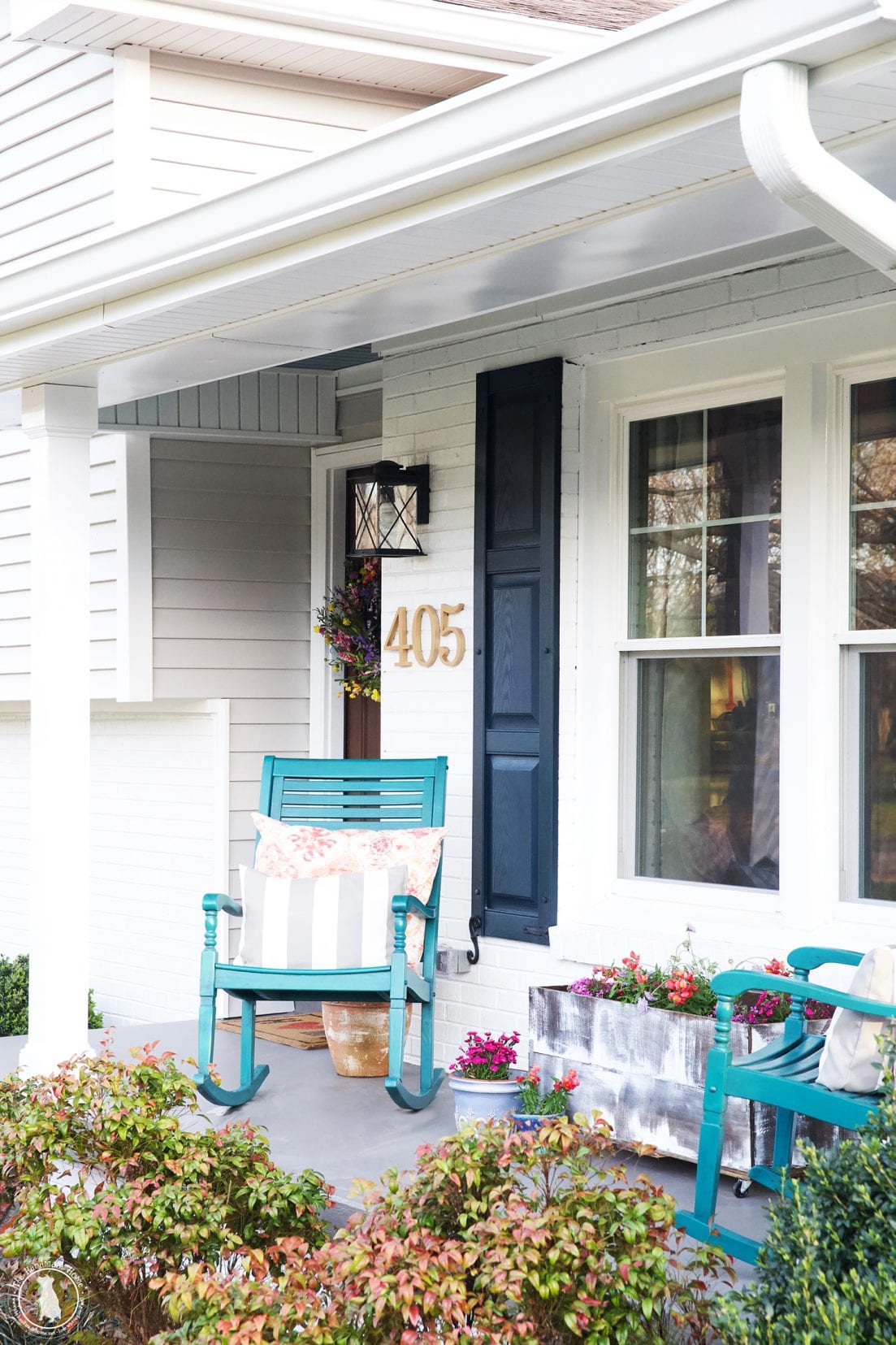 If you’re not familiar with AFCO columns and railings, they’re a great source to keep in mind for your next house project. They offer aluminum and fiberglass columns that look just like fabulously painted wood, without the rot hassle. They also offer some awesome railing options, too.

We adore the new look and all things progress with a crisp look for the outside of our little money pit/fixer upper! 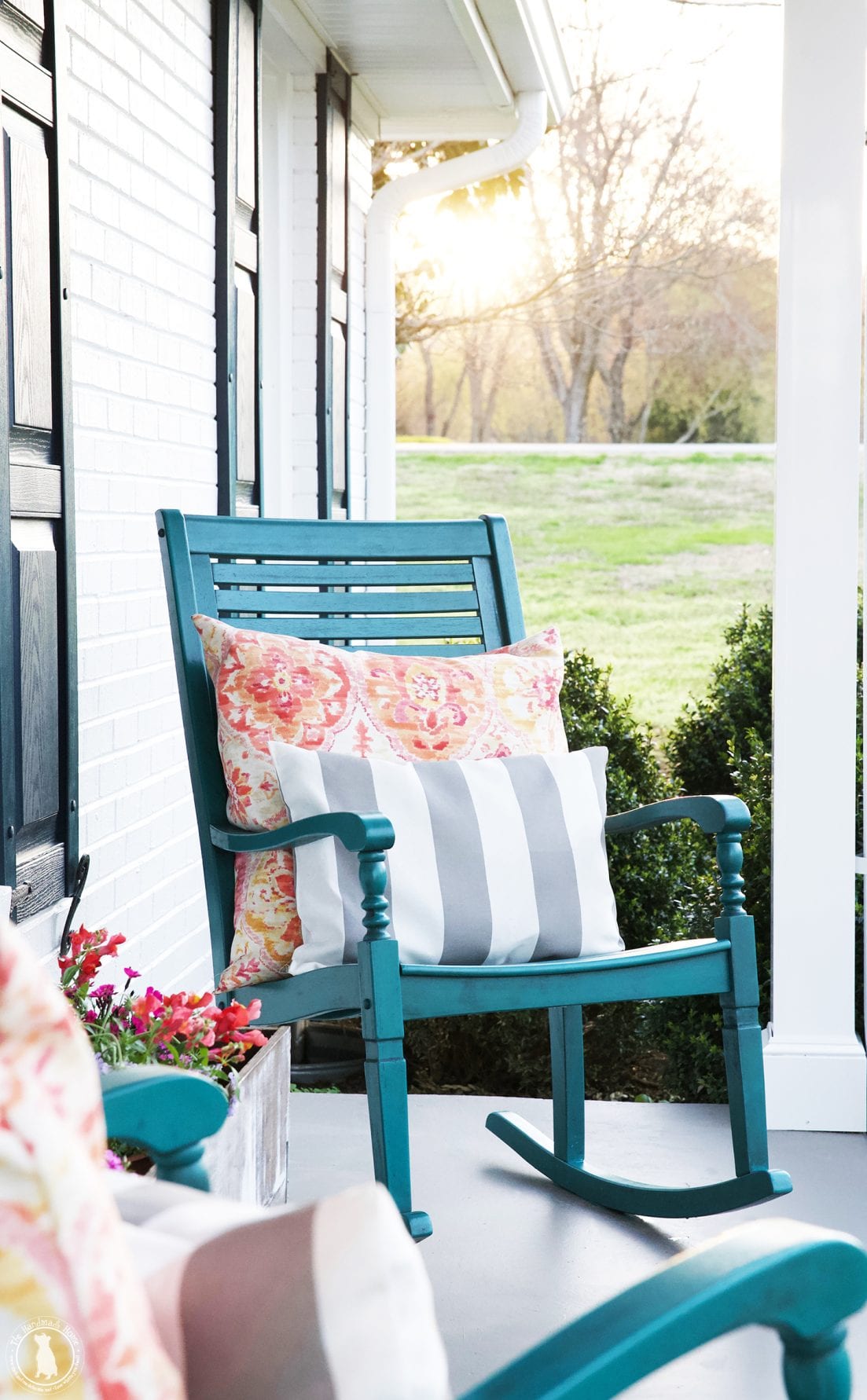 Have you tried AFCO Industries? If you add them to your home improvement list and try out some of their products, we’d love to hear! They were such a simple installation and worth the amazing change they brought to the front.

Be sure to check out more of what they have to offer here, and keep them in mind for your next project!

As always, let us know if we can answer any questions or point you in the right direction.