You are here: Home / the money pit / better than christmas morning

Saturday, we moved in. 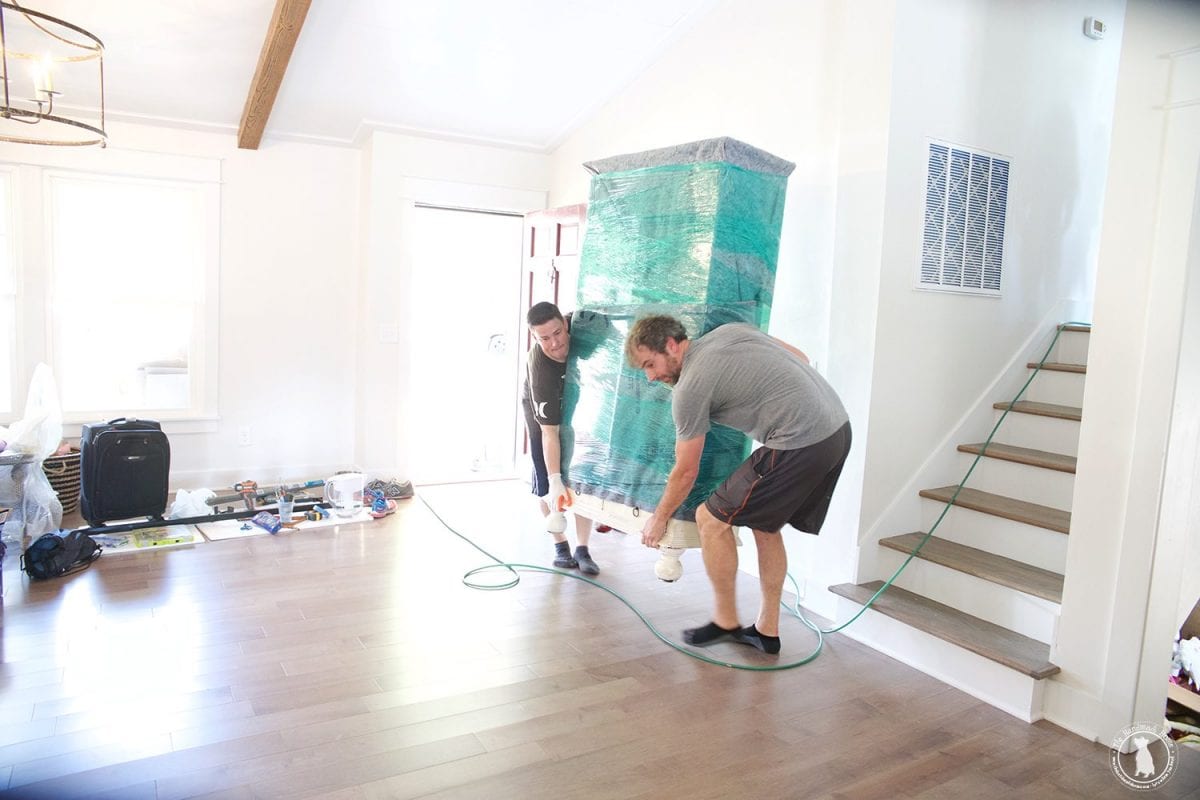 Can we just take a second? Let’s say it again.

Saturday. We. Moved. Into our house.

How long we have waited to write these words? It’s something that needs to be noted, I think.

With fireworks. And a grandstand, old fashioned parade. Down Mainstreet in Disney World. And probably some banana pudding or something else monumentous. {Also, apparently monumentous isn’t a word, and I use it all the time. It’s a word to me. We’re not too excited or anything.} 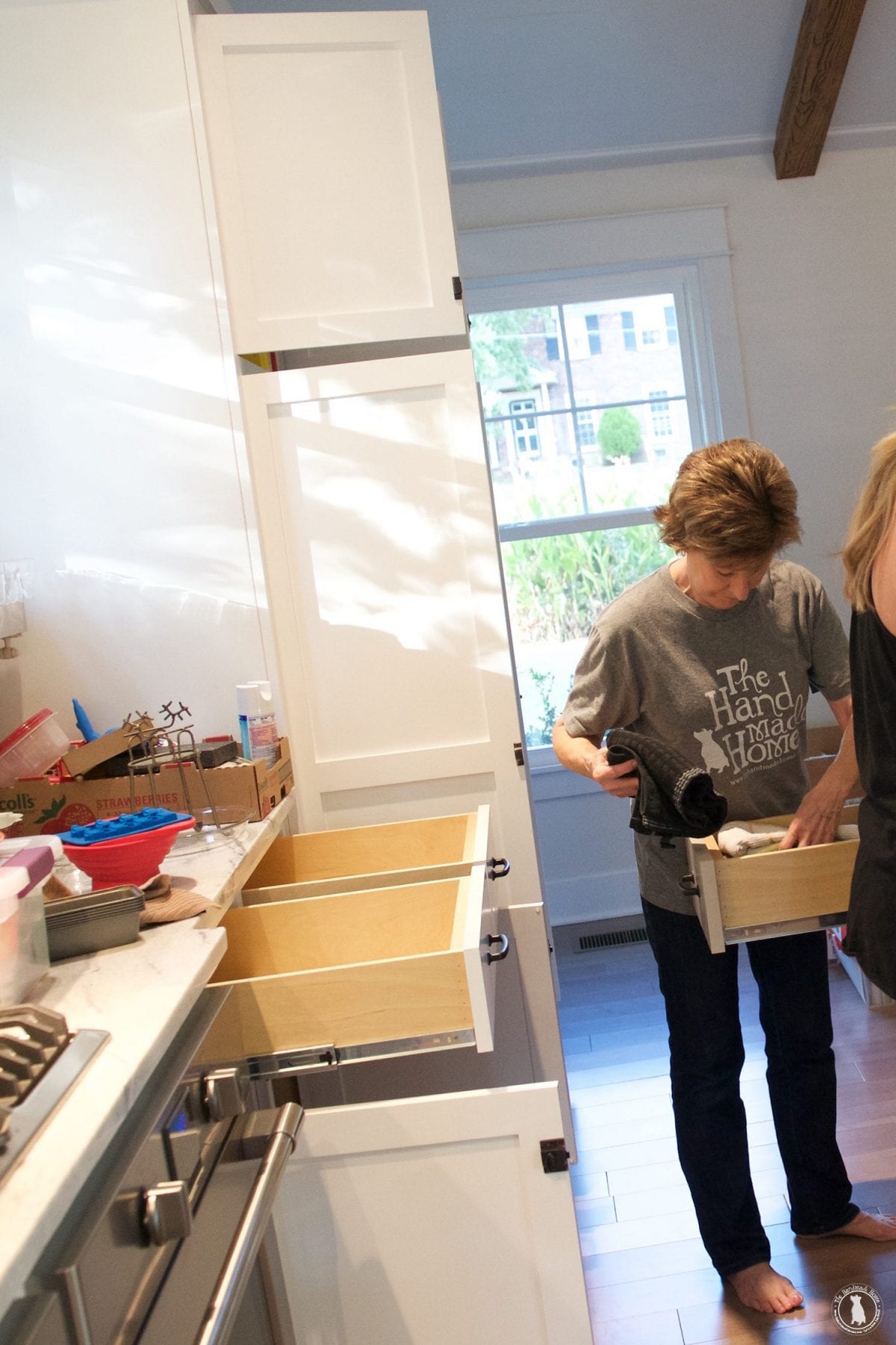 Because we wouldn’t be here without the love and patience of family. My mom who kindly unloaded the kitchen with my sis in law. Who months before that, patiently packed up our house in Montgomery and into the moving van.

After it was all packed up with the help of Jamin’s Mom. I wouldn’t have accomplished anything without her.

Who {in said family} also lived together and loaned the five of us their apartment for a while… for a lot longer than they initially thought. 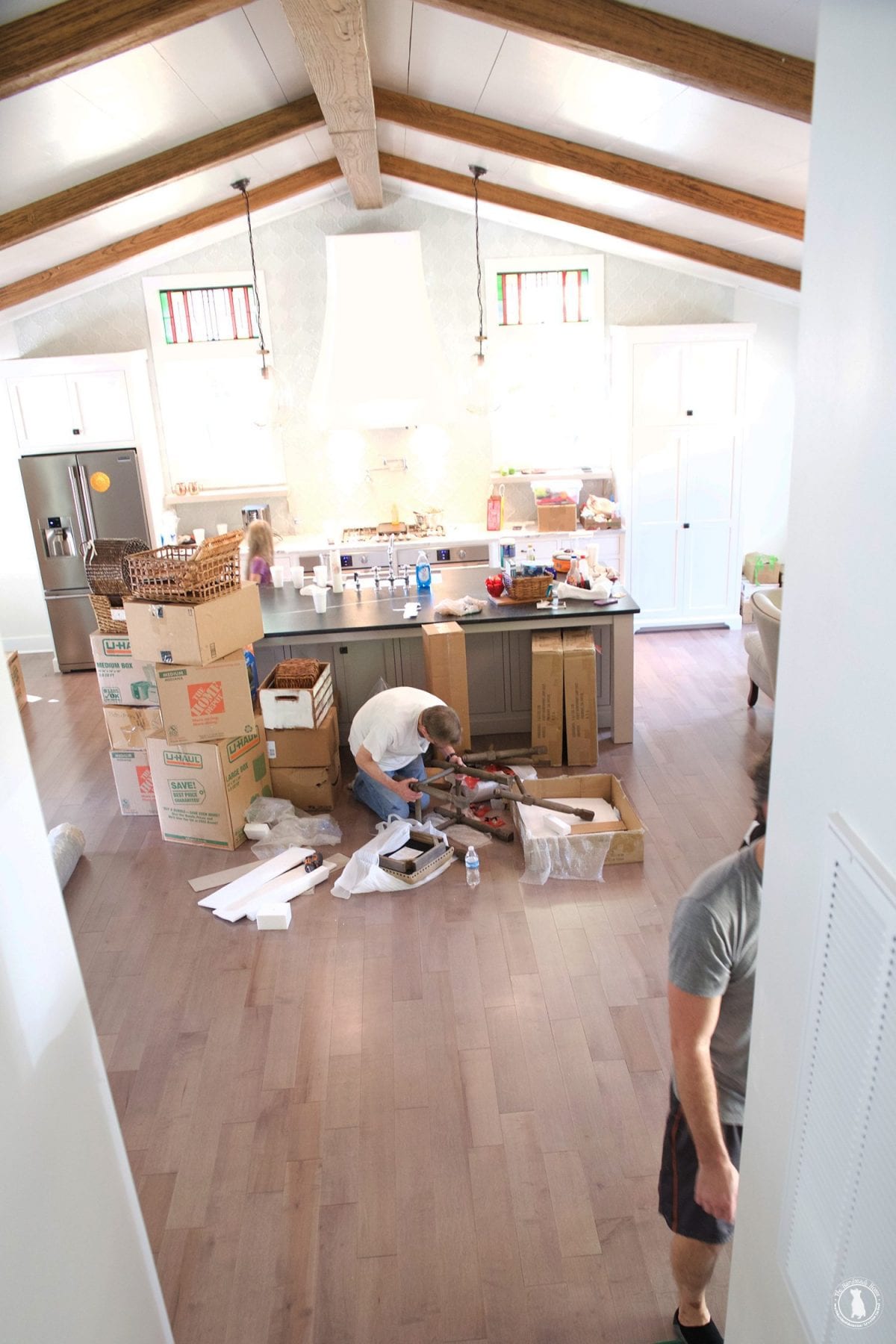 And my dad who patiently put together barstools yesterday. 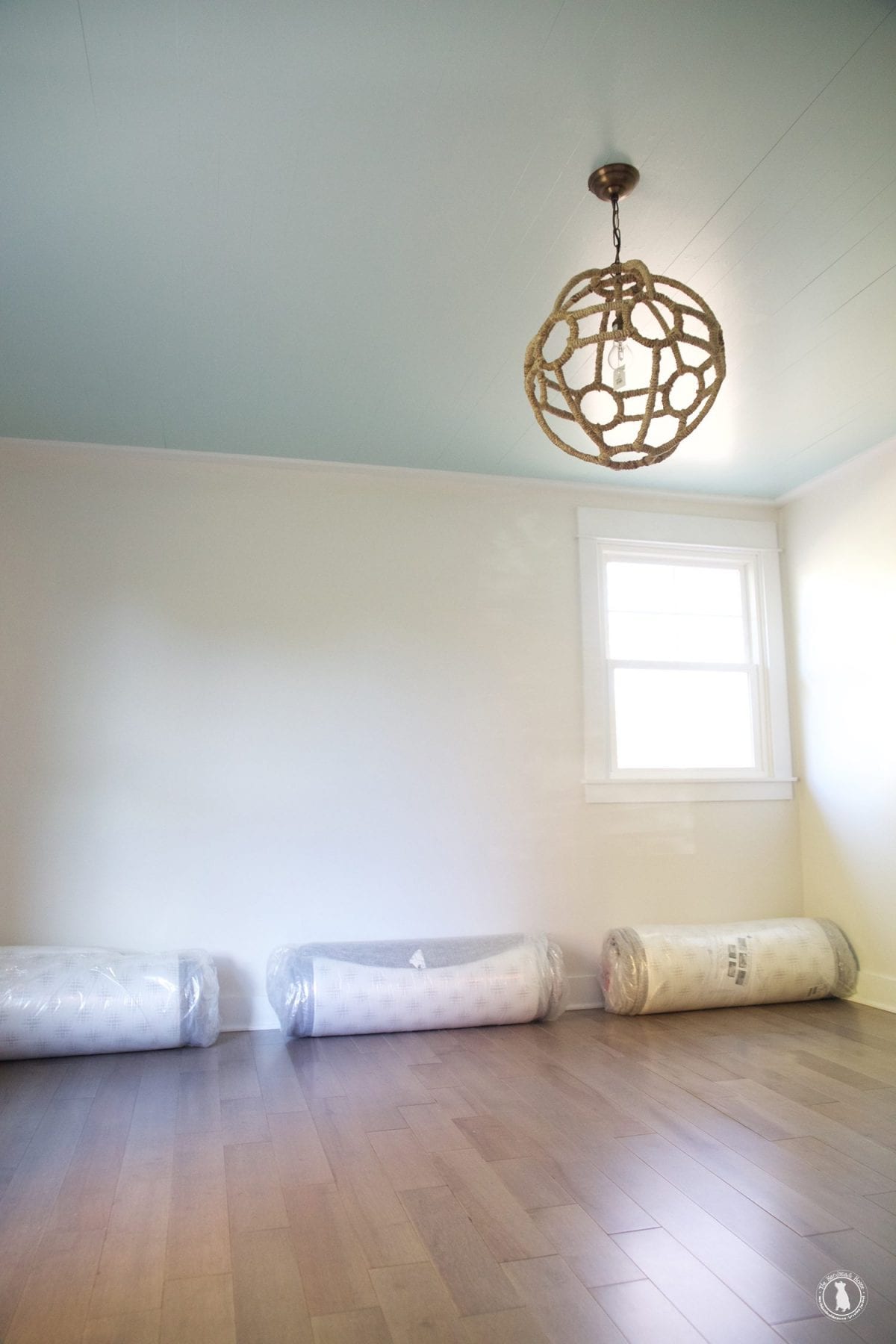 And some sweet friends who were awesome and pitched in with the moving/house drama, as well. 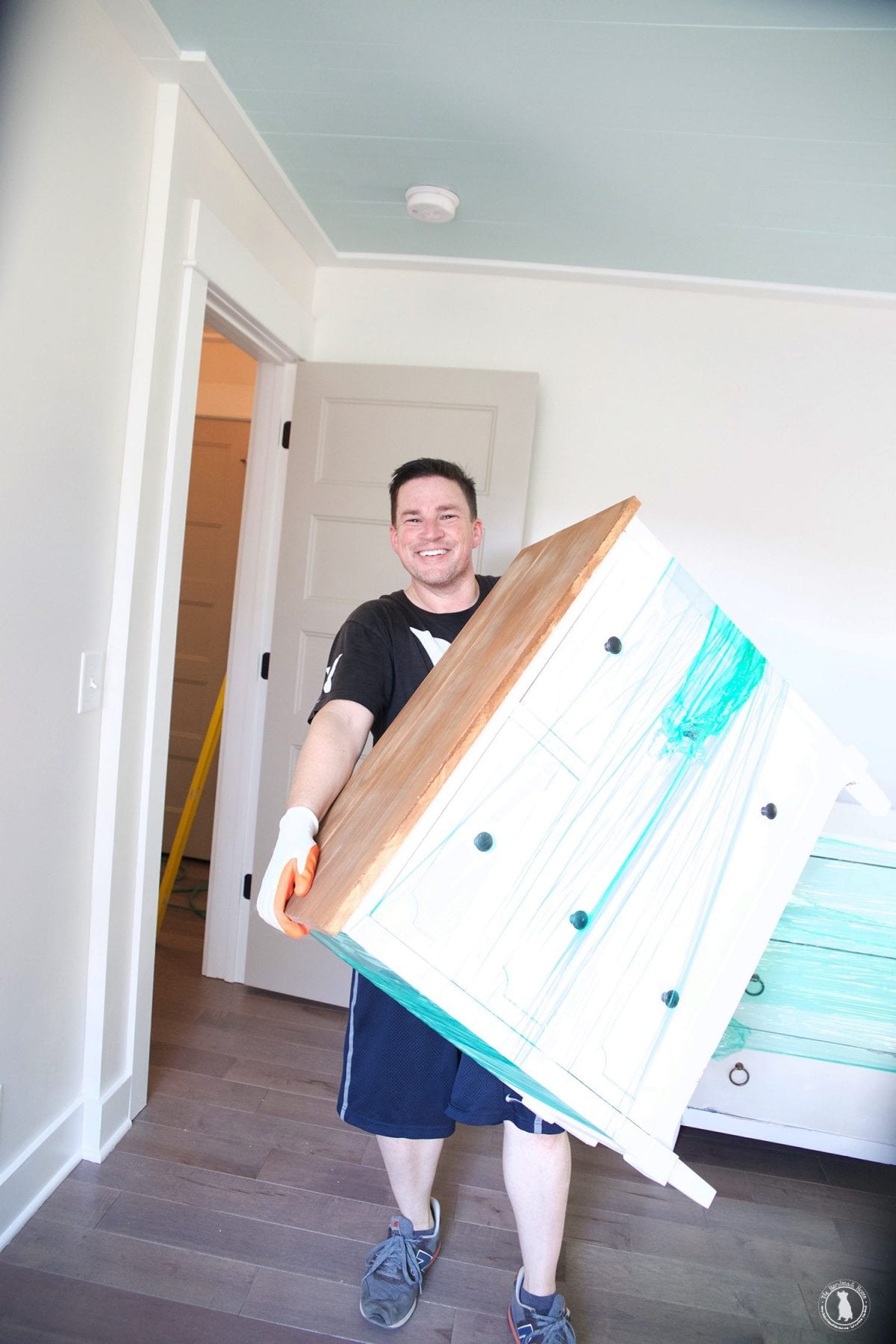 My brother, who moved the furniture where I needed it. 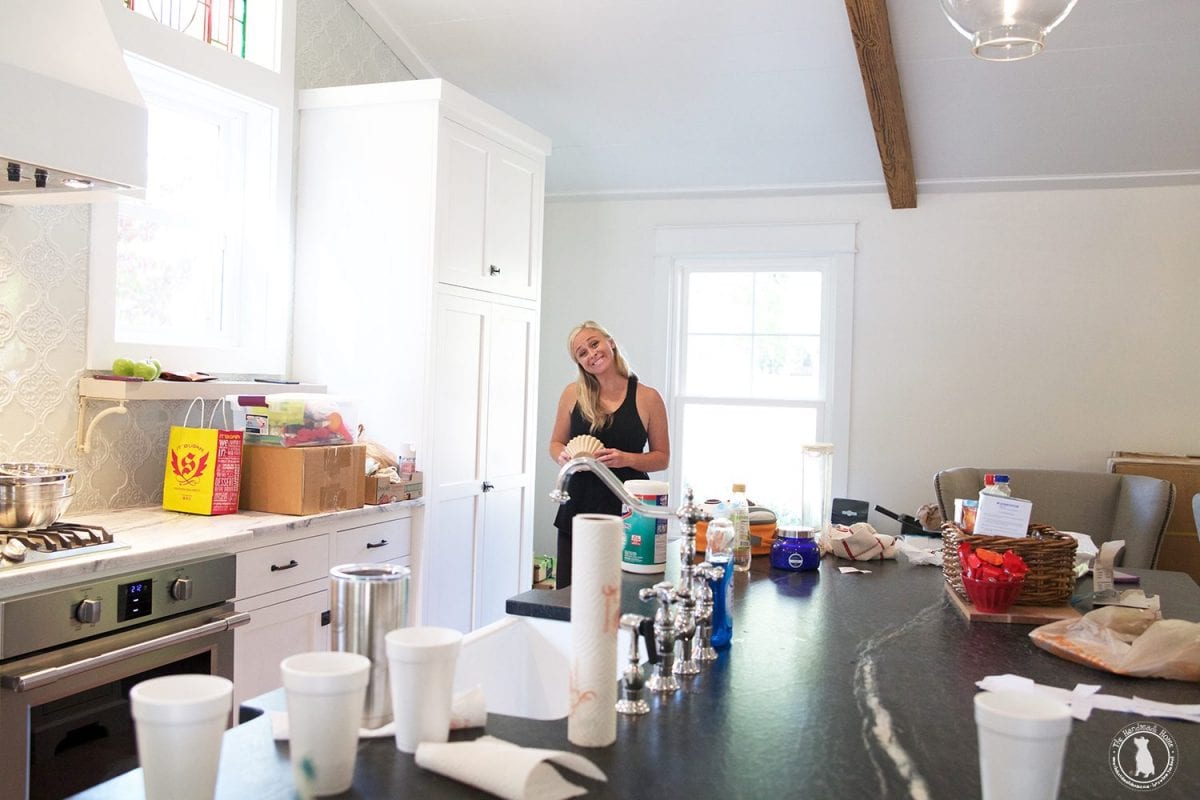 And my sis in law who opened a bag of Doritos and quietly put them in front of me with no judgement when my sugar crashed. And then showed me a funny video to make me laugh. 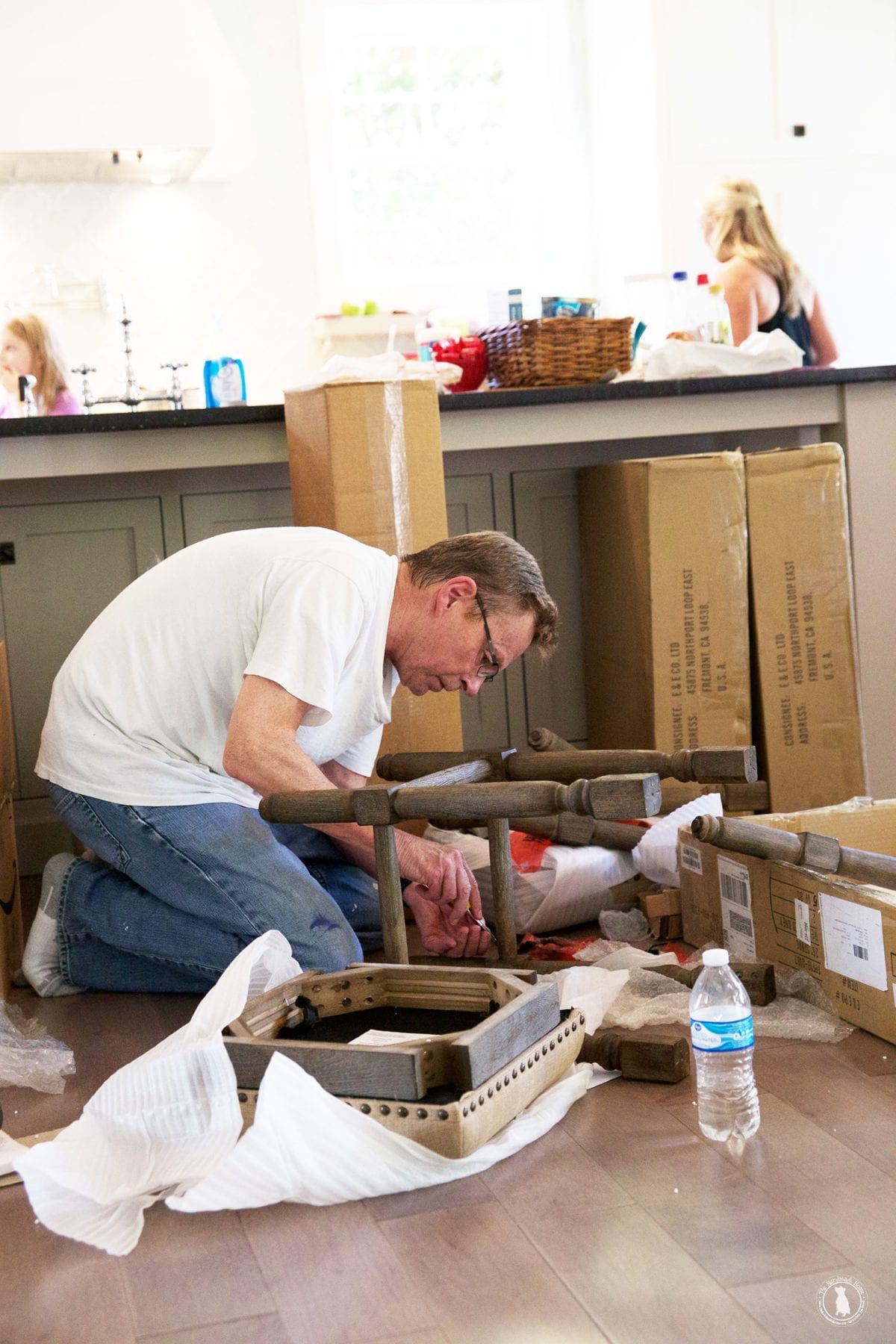 All while my dad still worked patiently on that first barstool. He was concentrating so hard, I don’t think he noticed me taking his picture. 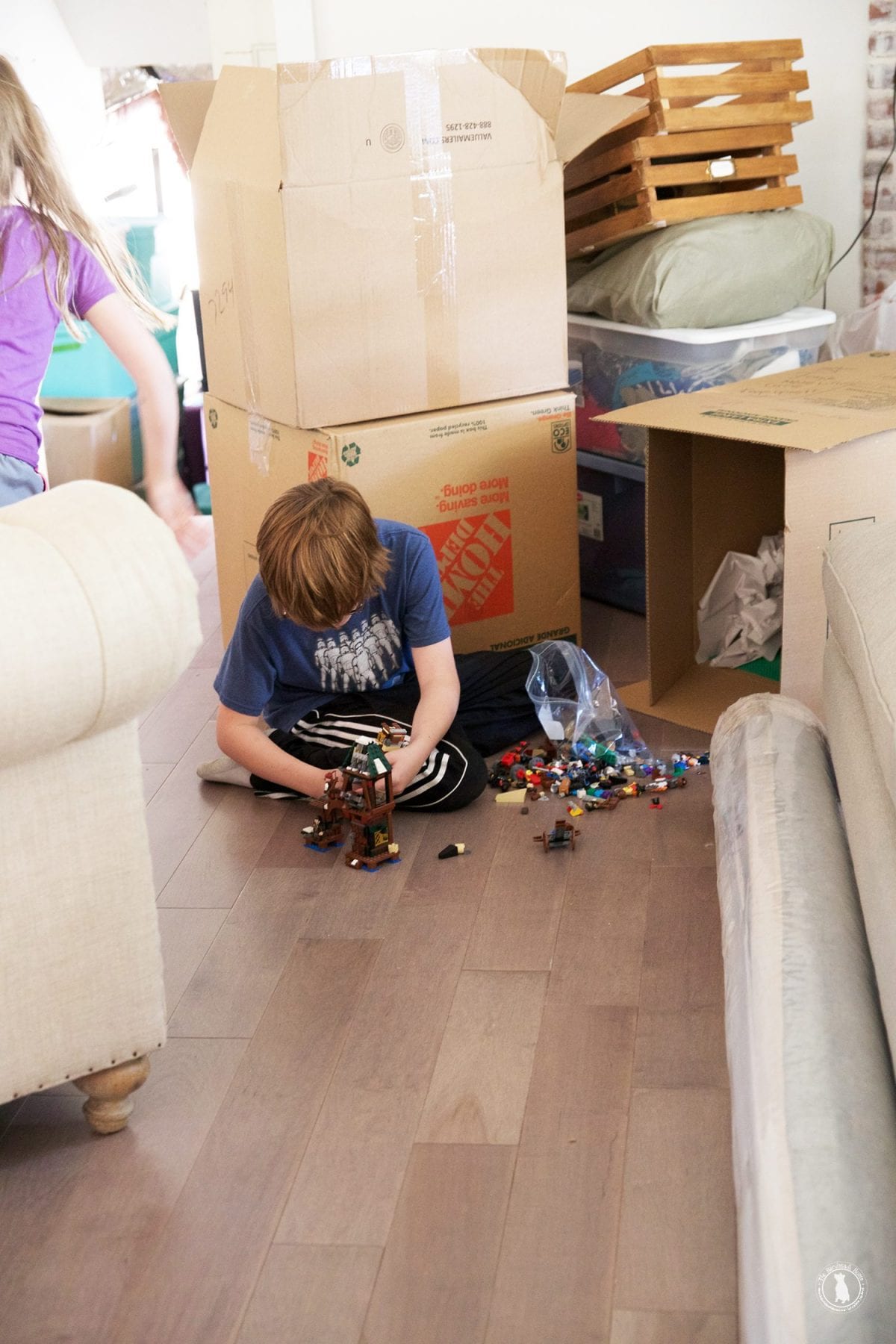 While Aiden found his Lego Castle all over again that he carefully assembled last Christmas, and wanted to see it moved safely. He and his prized possession were reunited again. 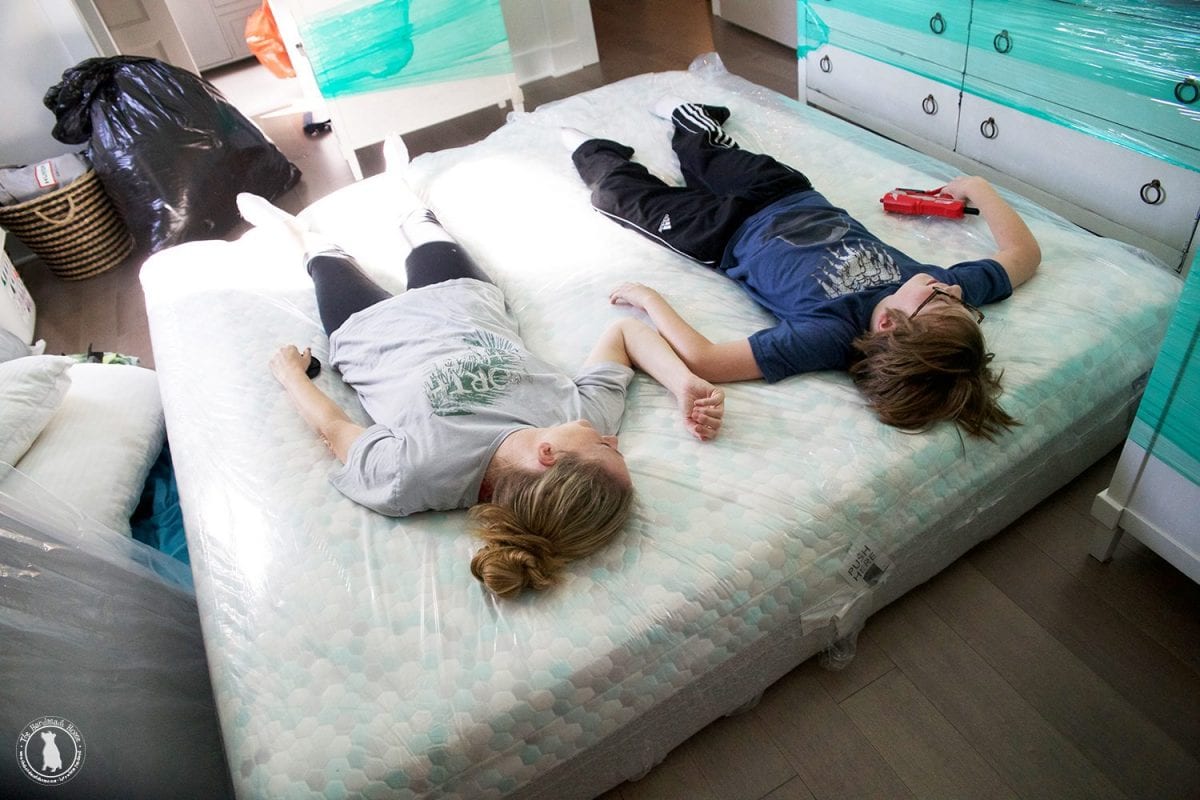 We were just kind of thrilled to see our mattress again after it was in storage for six long months.

I have a love affair with this mattress. 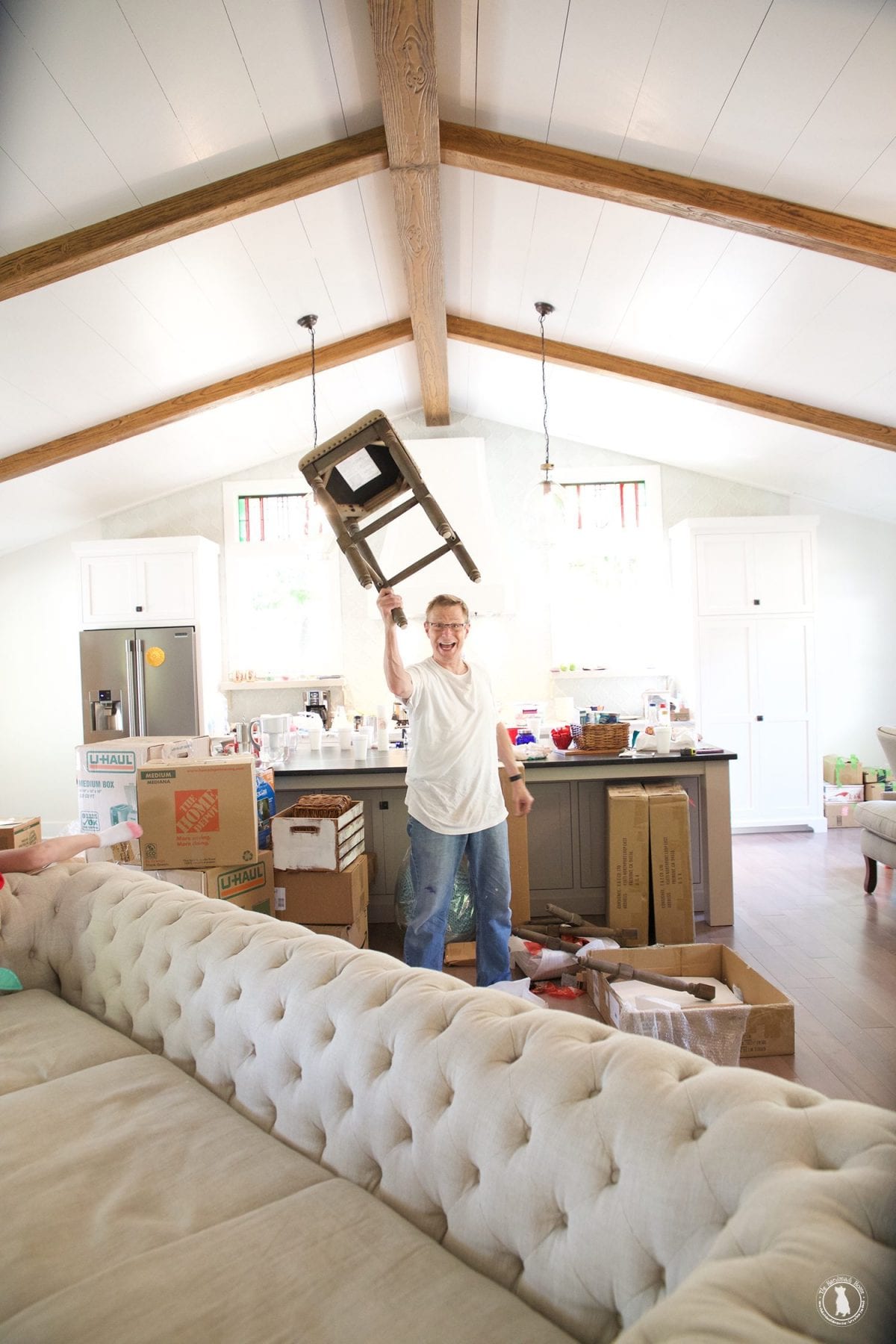 While my dad finally figured out that barstool… and then put together five more.

He was so excited. BLESS him.;} I think he had a hand cramp that will probably last him through this next week.

I have no idea where I get my personality from. 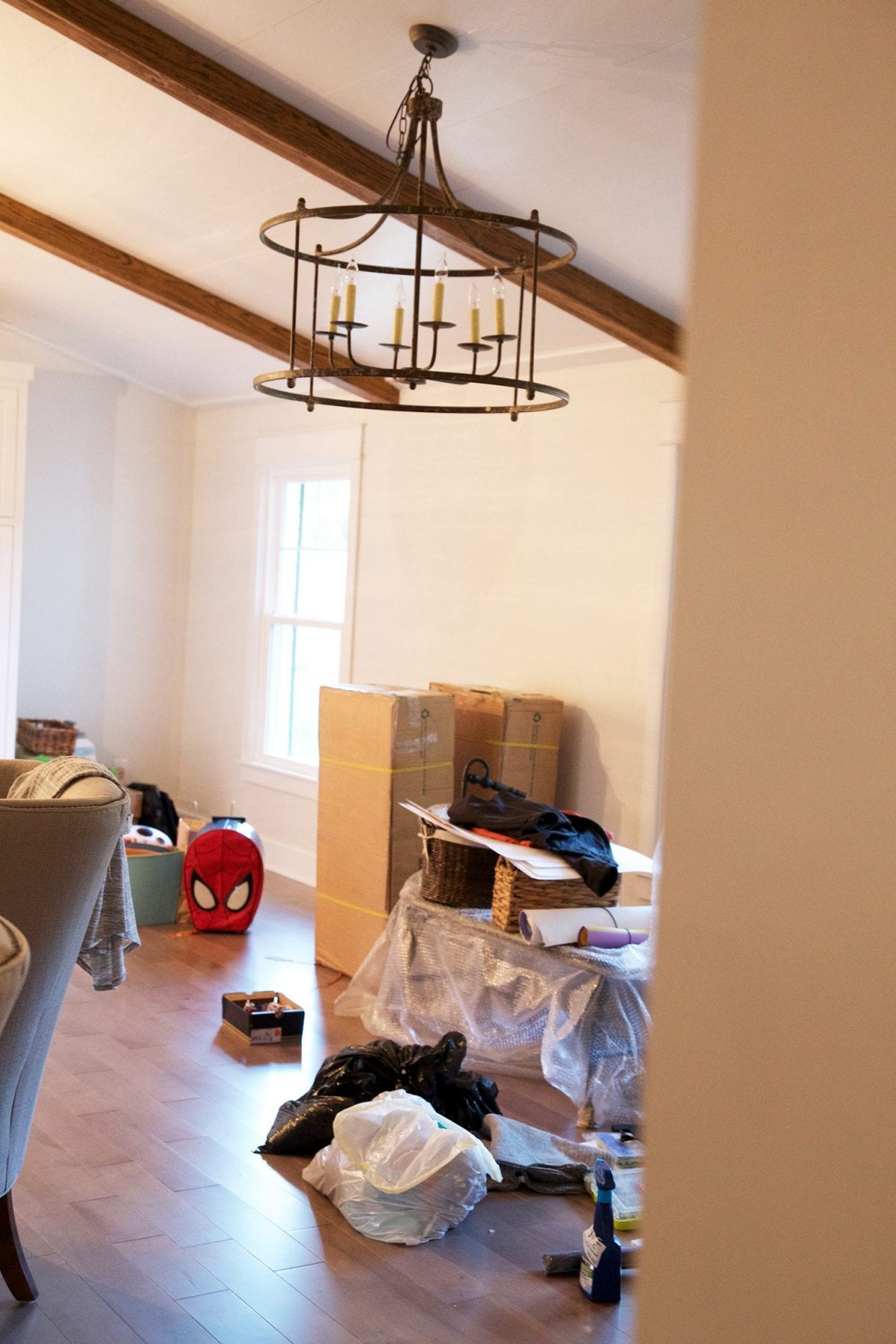 And then everything was quiet and we went to bed, and there was the first morning.

Three years ago, when we decided to take the first steps to move… they included a lot of small, inner workings that needed to take place. We had to push forward and patiently work for what we wanted, and we didn’t know it would take so long.

We had no idea.

In that period, there were a lot of tears, and questioning and doubts.

A process that, in retrospect, taught us so much. 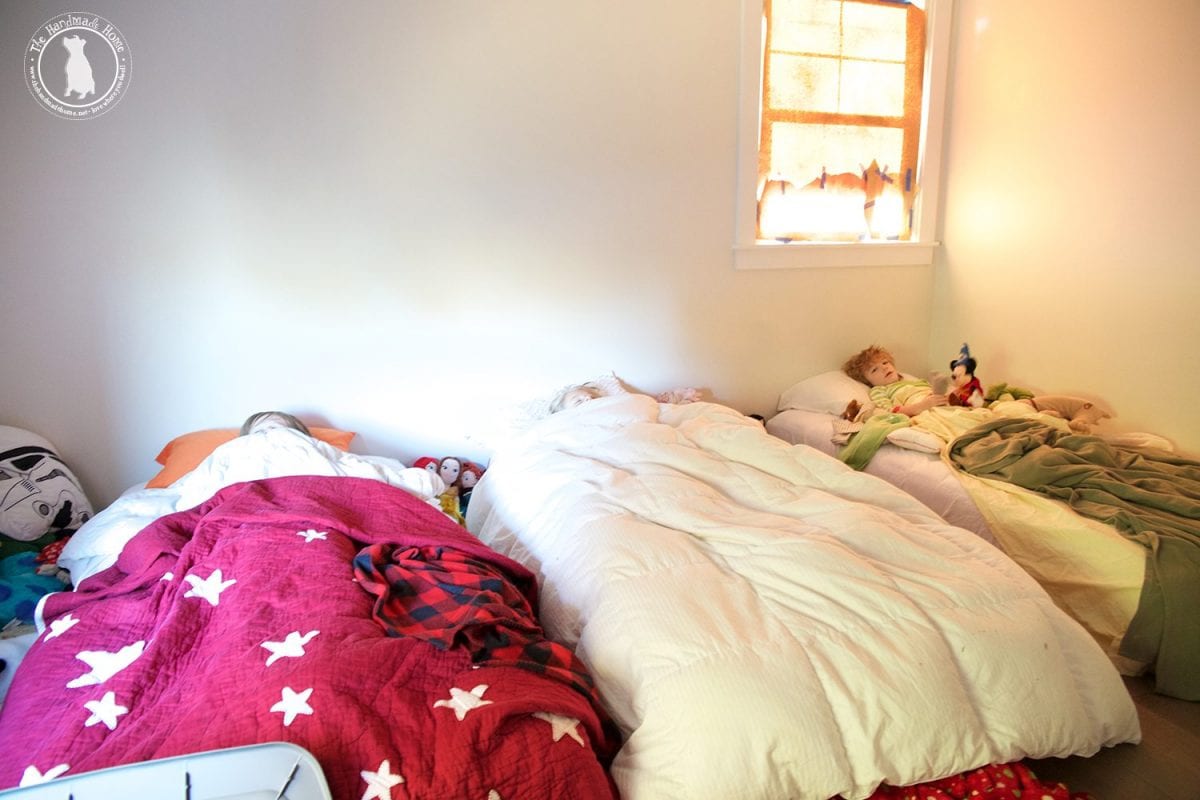 But when I would get seriously discouraged, I had an image in my head. The image of our house, whatever it would look like.

Slowly, the closer we got… it materialized like a vision.

It was that first morning. Waking up in our new house, I knew it was something we’d look forward to.

There are certain things in my childhood that I remember, and a few of my most vivid memories are of those first mornings, right after moving. Like waking up to a new adventure, I told the kids… “You’ll remember this for the rest of your life.” 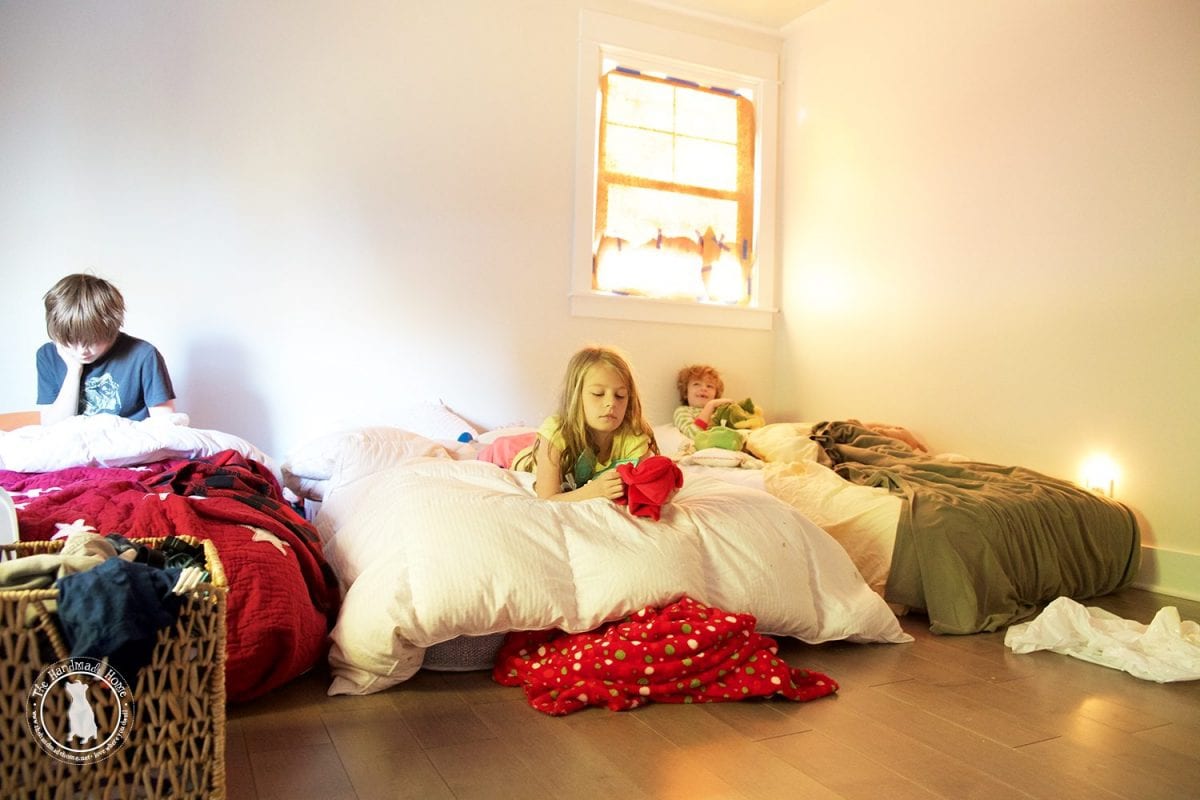 There’s something kind of oddly calming in all the chaos. Something satisfying about all those boxes that we find comforting, even if we have no idea where anything is, after wanting something for so long. 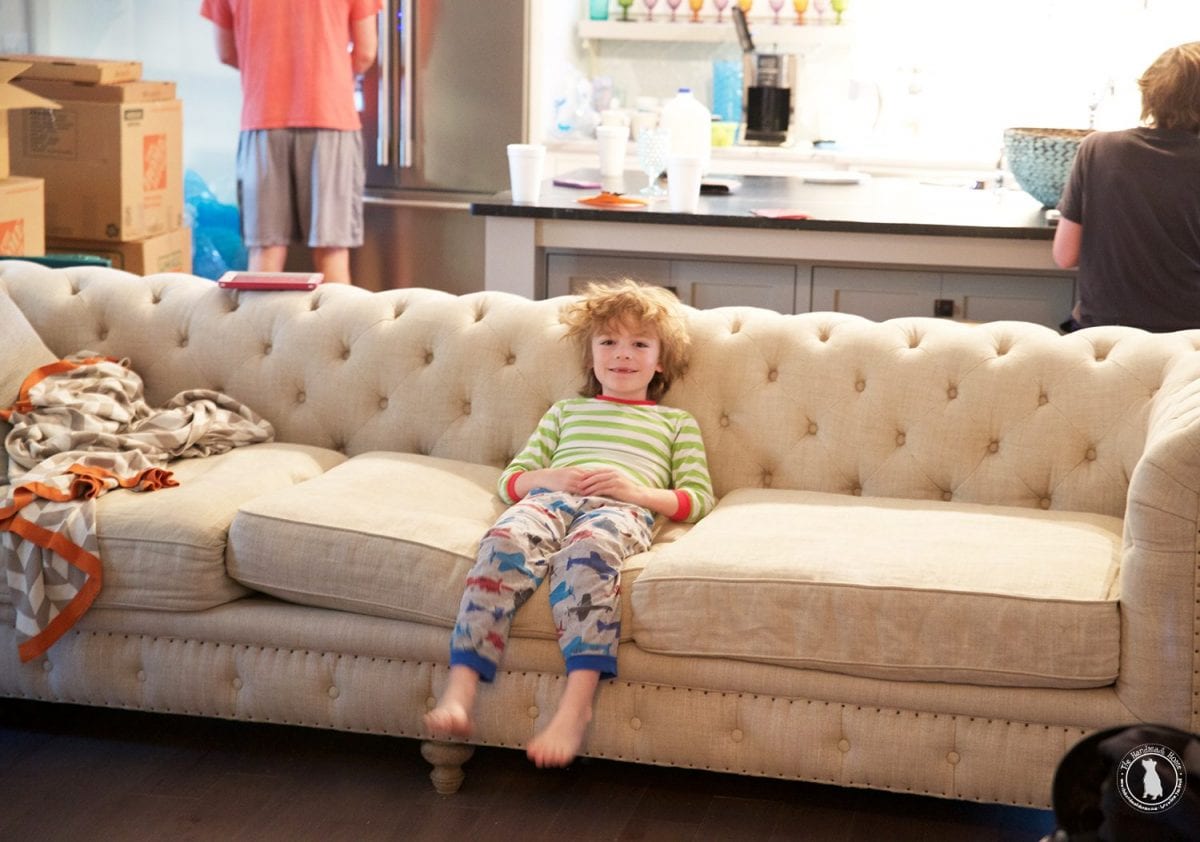 When you finally. After all this time. Wake up that first morning. 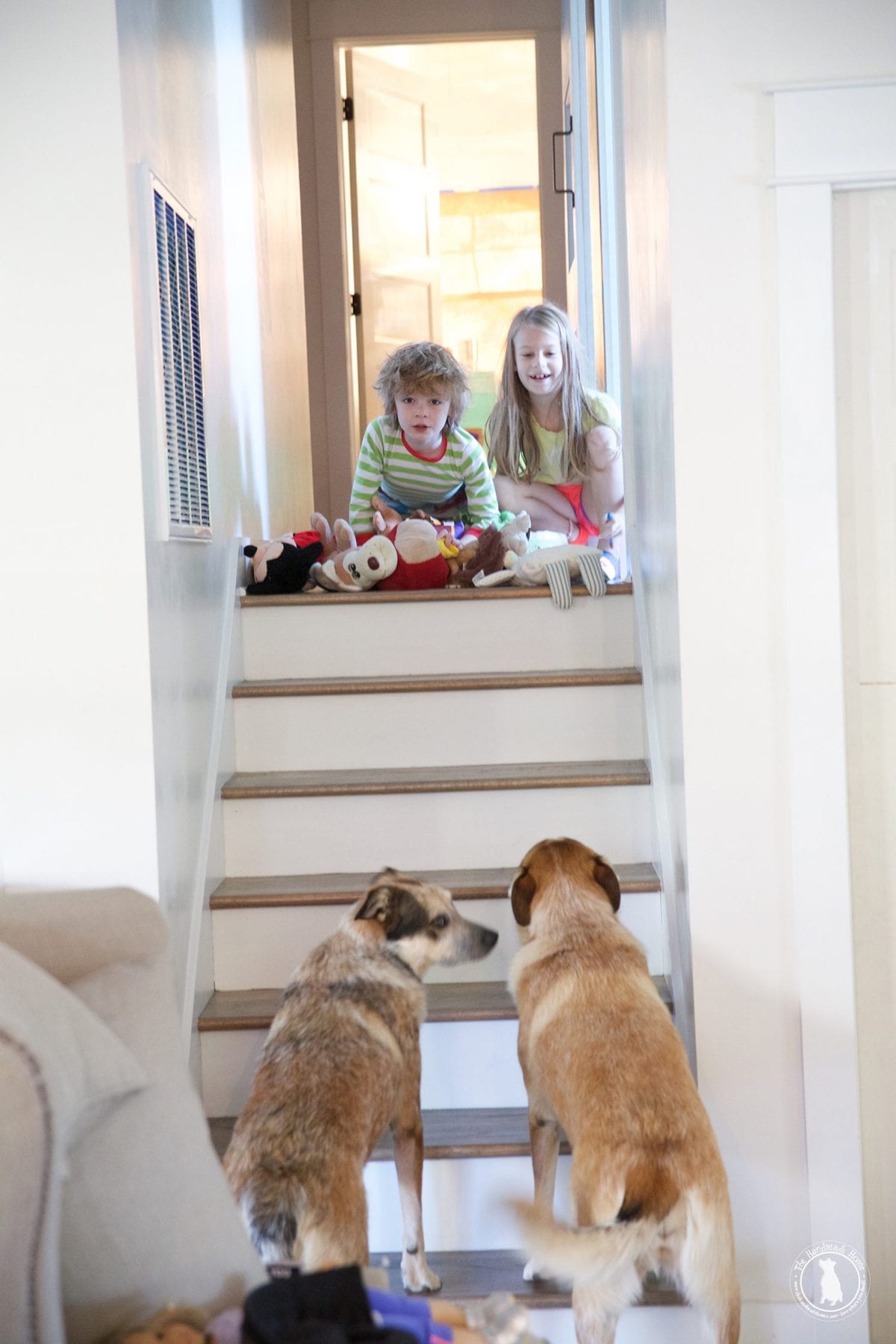 Find a lot of those toys you’ve been looking for. 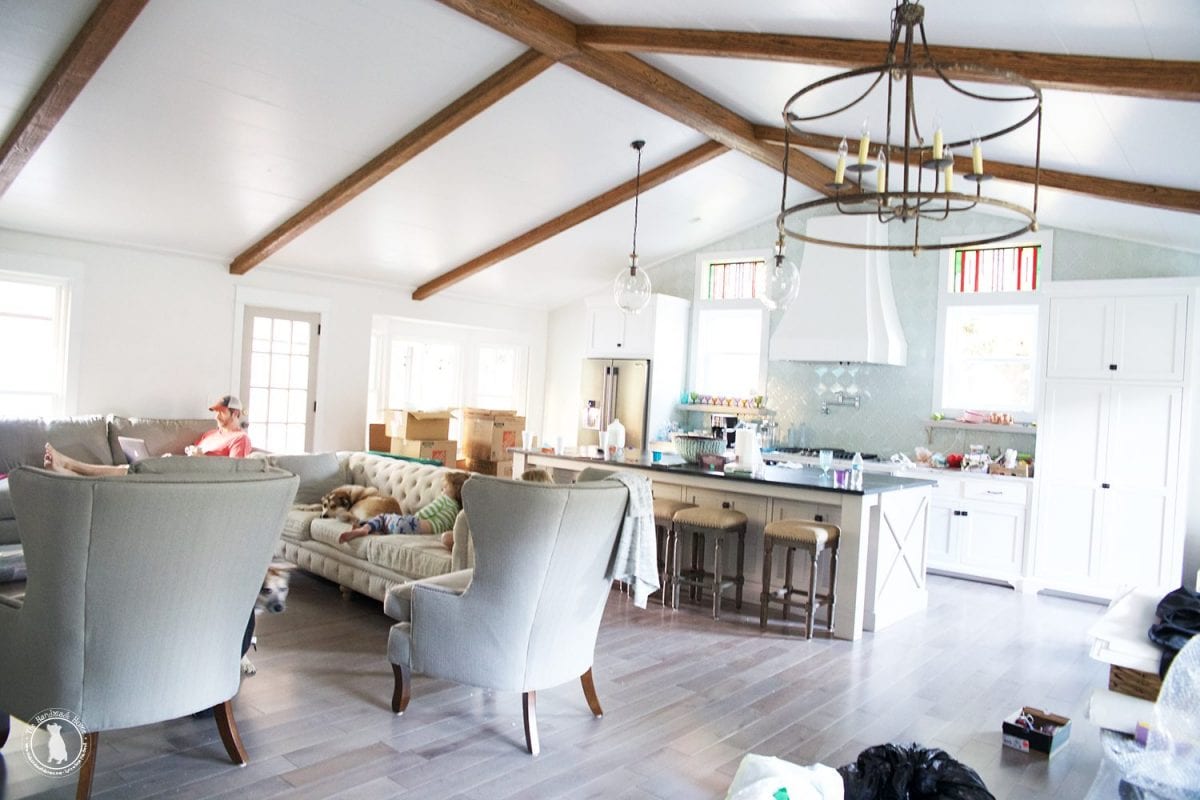 Walk around barefoot with your coffee.

And stay in your pajamas for a while because you can. 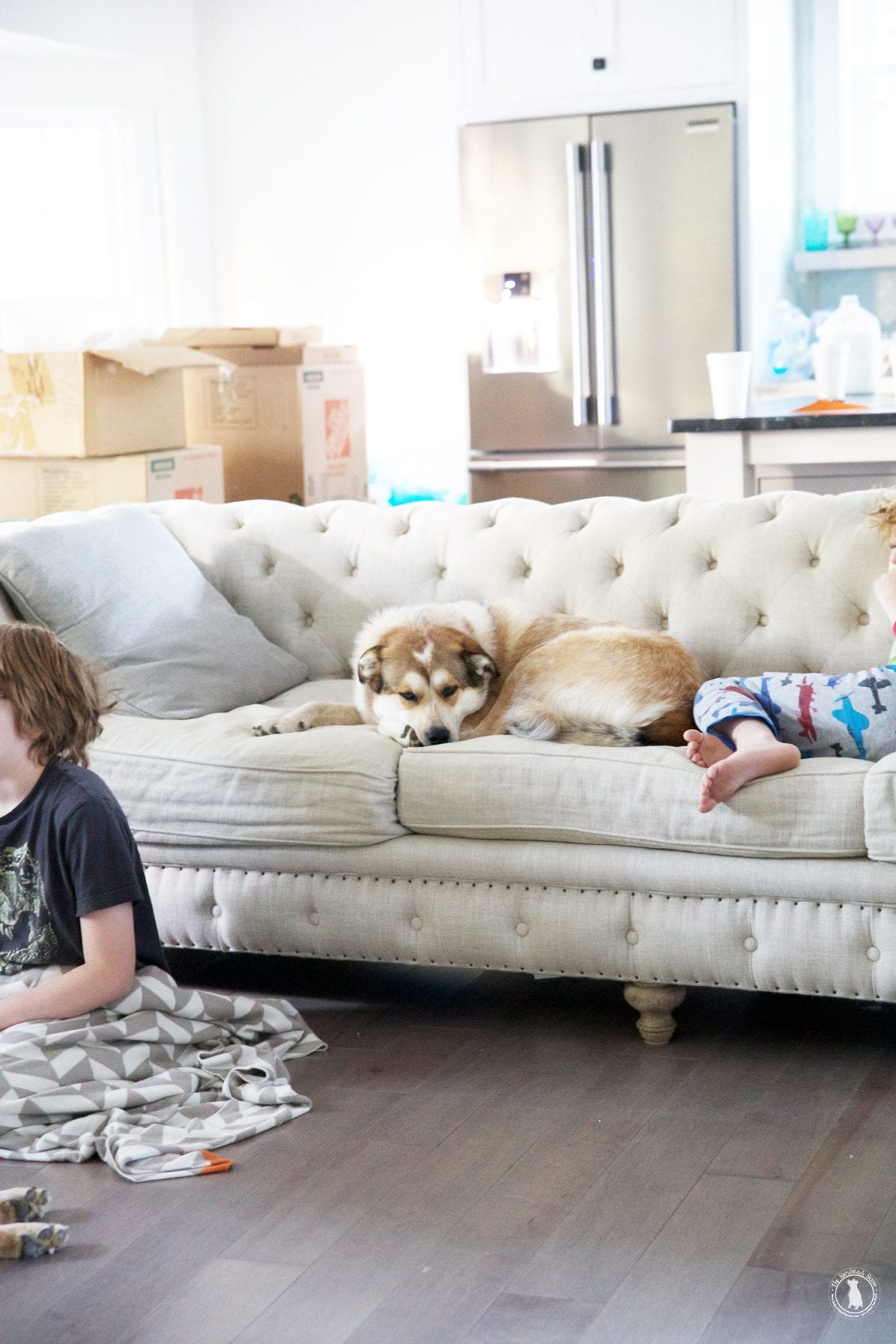 We took a restful moment after needing one for so long. A deep breath. In and out. We’re finally where we want to be.

Maybe our muscles will recover sometime soon… And eventually that paint will wash out of my hair.

And every time I look at our barstools, I’ll think of my dad. 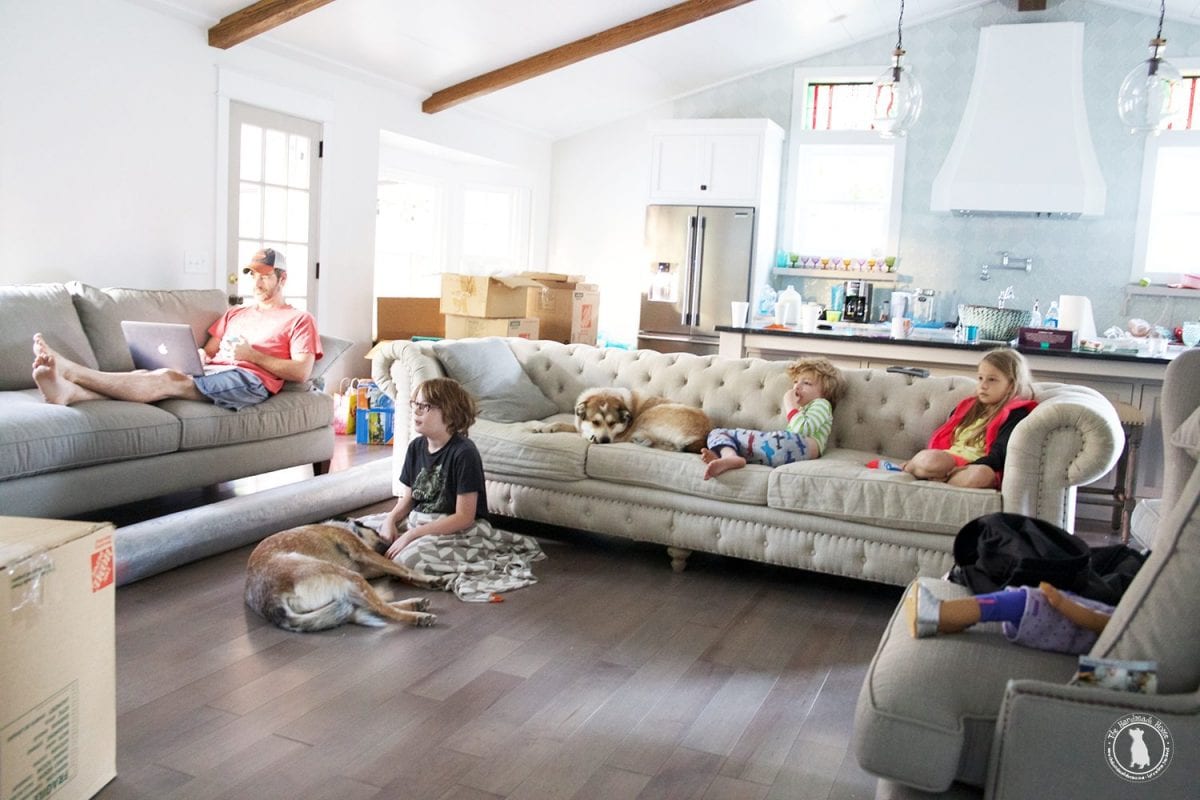 and it’s better than Christmas morning.