You are here: Home / for the home / beyond limitations: worthwhile changes for your home

A sweet reader, Jessica, wrote in recently with this question:

…It looks like we’ll be staying in our home longer than we thought. We initially purchased it in a hurry as an in between home, and then the market slowed down drastically. We’ve been here a few years, and we’ve decided to settle in for the long haul though our family is growing. And then we found your site. We are ready to stop living in the “in our next house” phase we always seem to fantasize about, and make the home we have now, ours. Sound familiar? 🙂

I guess my question is, you guys always have some really great ideas and beautiful spaces, without seeming too “bloggy” about it all. What I mean is, it looks professional, and meaningful and real. Not temporary or too trendy. You have your own thing going on and I like it. Getting to my point, we were wondering if you could give us some advice? What were the biggest changes for you spaces that you’re glad you made?… 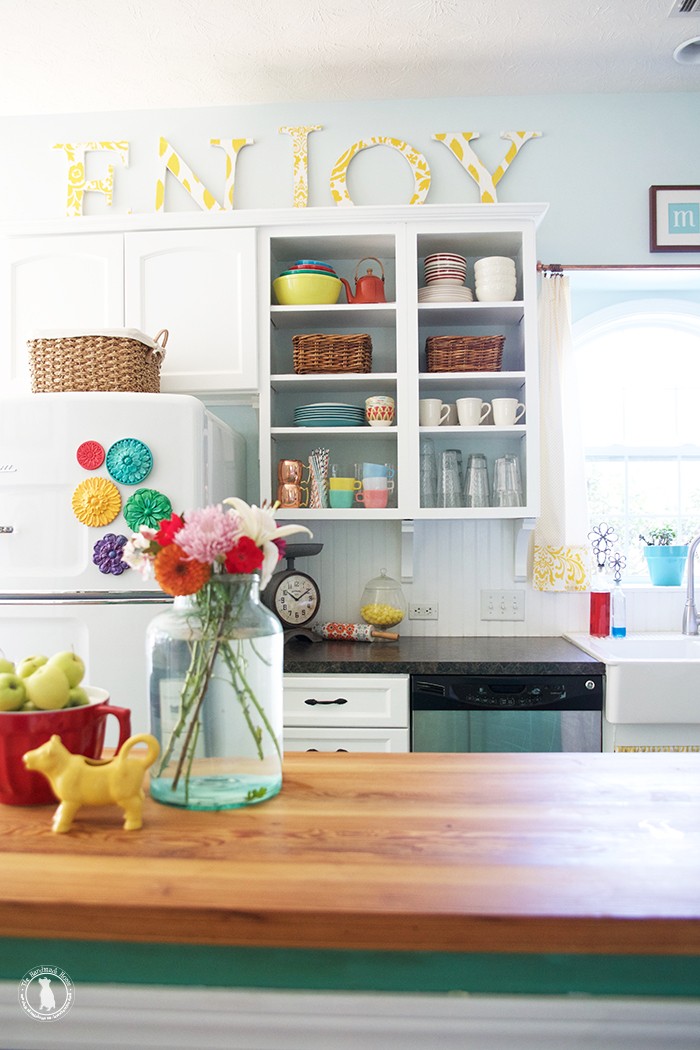 Well, questions like this are hard. Because we’re always glad we dove in. We’re always glad we changed all the things. But that was a process that took time. Because as anyone who owns one has probably figured out: A home is more than just pretty things, it’s also about function. And function means making intentional decisions that take time. And the more intentional something is, the longer it will last for your family. So in a way, it’s good that you’ve waited before beginning on new projects, if you weren’t sure until now.

We have been here for nine, going on ten this year in our home {though it’s currently for sale}. We started out with one nine month old and we were set with all of the space. We had arrived. Now we have a ten, seven and six year old, along with two pups. Our needs have changed, and our home has had to evolve with it, over time. 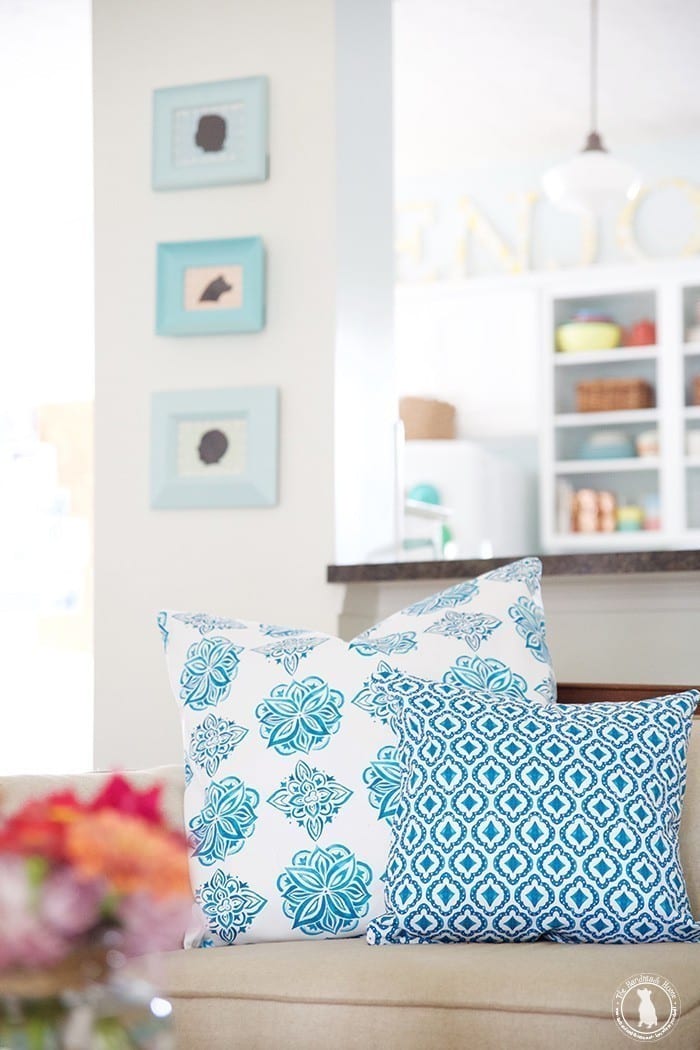 So our situation was a lot like yours now, in the much-longer-than-we-initially-intended category. But we waited for about three years {I think?! Where has the time gone?} before growing tired of living for the “next house” when we didn’t know when that would be. So that meant getting over ourselves and breaking the rules and having a little fun. No regrets, y’all. 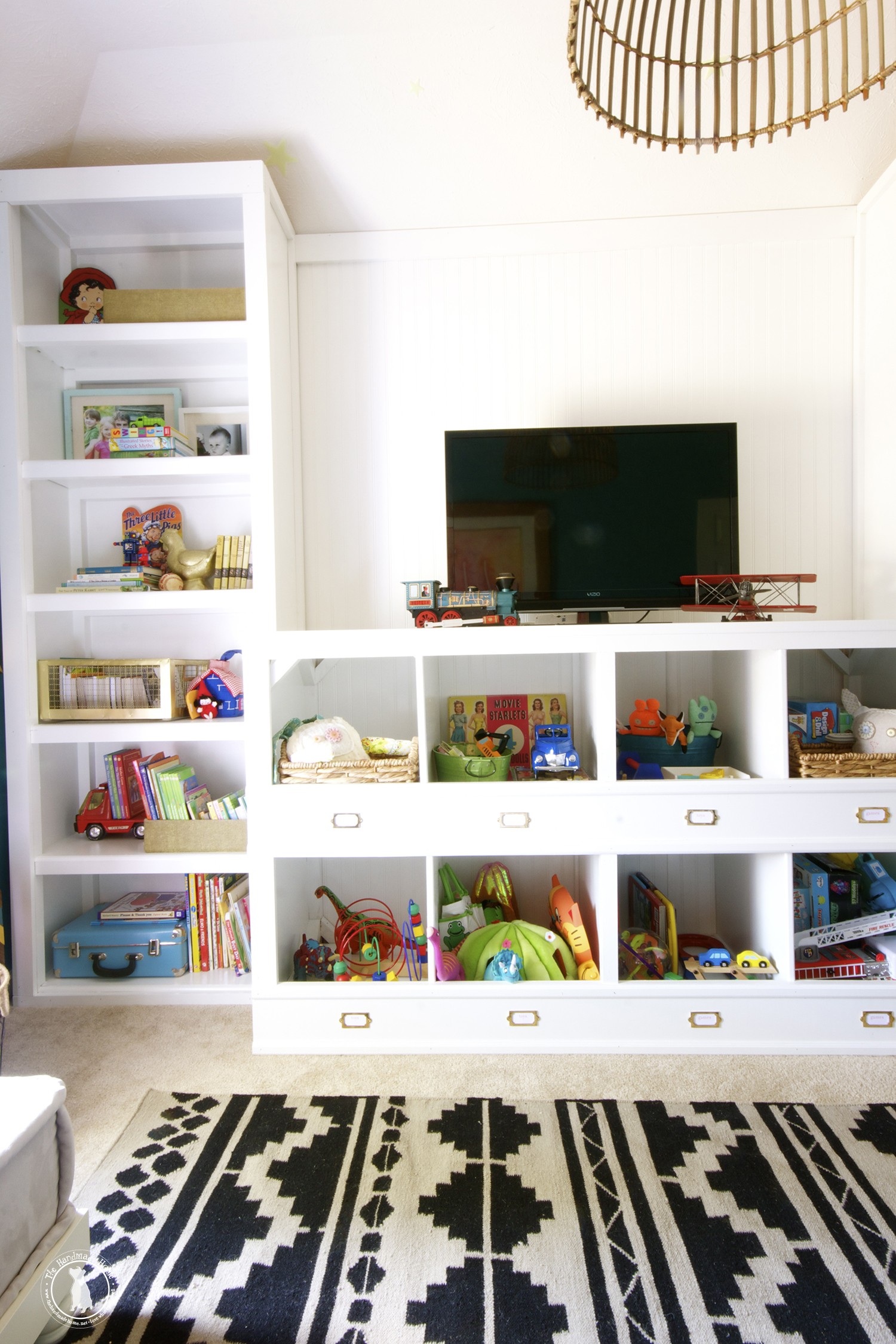 If I could Marty McFly myself back from now to a few years ago, here’s a few hints I would suggest for myself that have made the biggest difference now. {See what I did there? #Itstheofficialdate #stillwaitingonmyhoverboard} So without further ado…

Beyond limitations: worthwhile changes for your home. 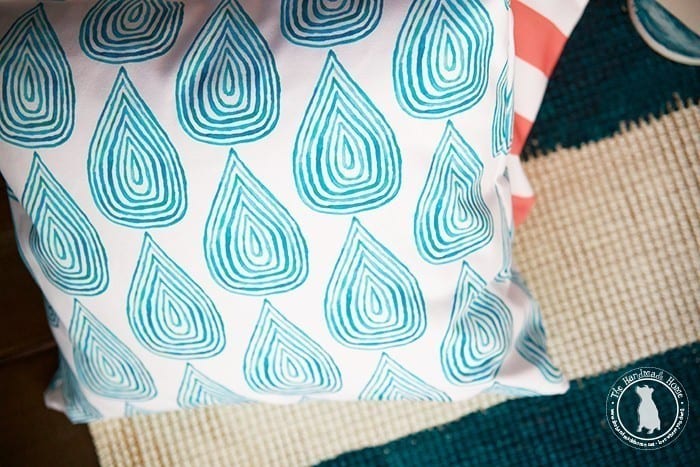 I know. I know. We harp on that a lot here. But the first step to admitting you have a problem in your home… is to stop with all the people pleasing. Especially in your own home.

I don’t know if there was something about turning thirty {now quite a few years ago, ahem} that made me realize I was exhausted with it all or what. But it helped me let it go, because I realized I didn’t want to run my home based on what anyone else would think. I found that other’s opinions were limiting what I really wanted to do, and well, that was just stupid. If I always worried about what everyone else thought, I would have never made our home fun or ours. Other people either love it or they don’t, but it doesn’t really matter because at the end of the day it’s ours. As soon as you can embrace it, the easier your life will be. 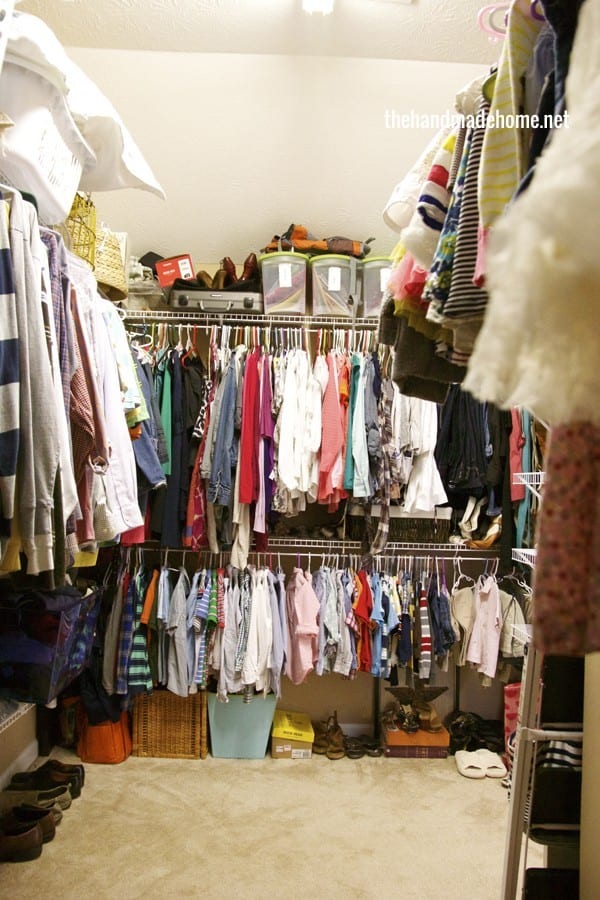 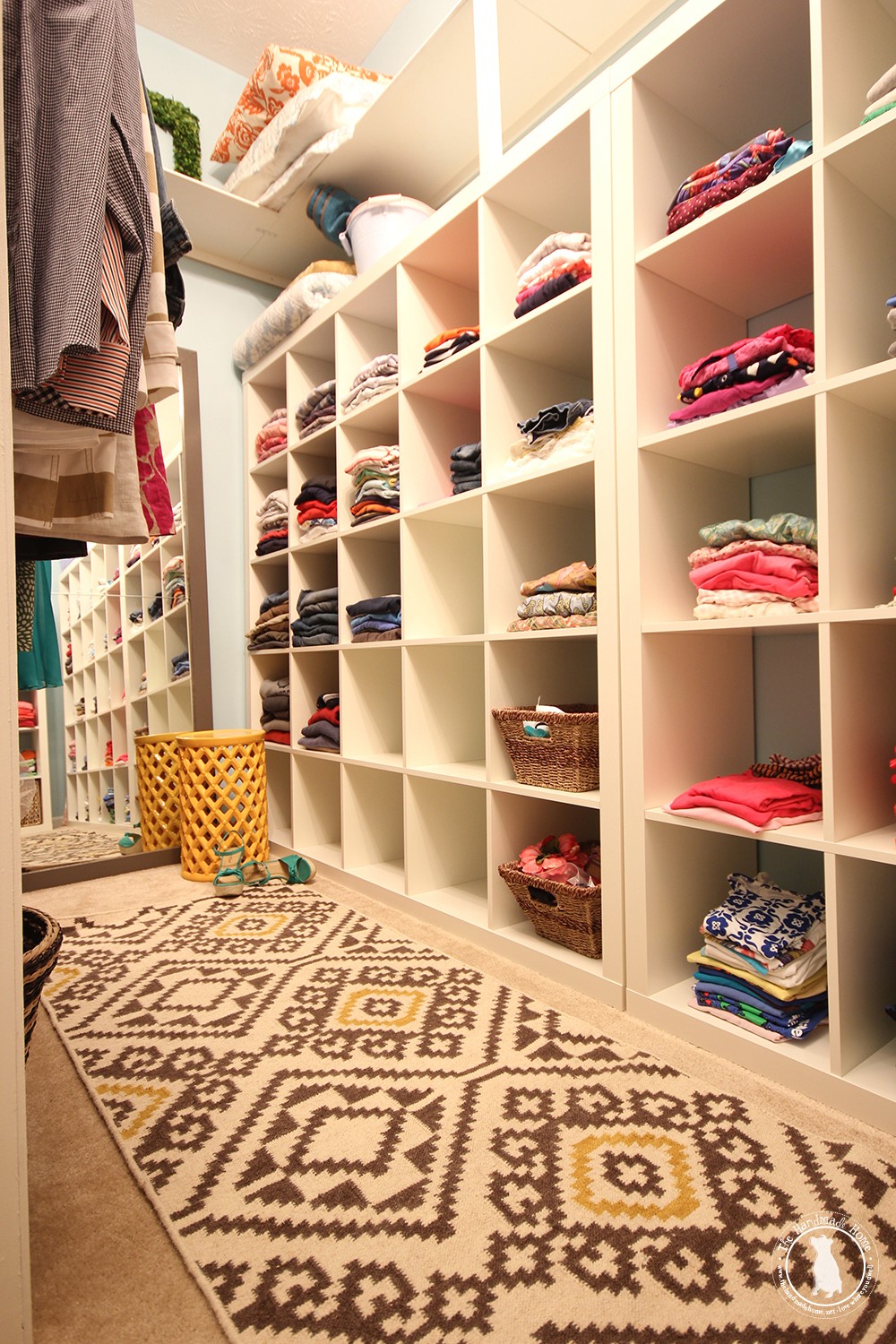 Family closet – we took all the things and moved them to our huge closet, giving the kids more space for their own things. It made laundry a breeze.

It’s not for everyone. And it doesn’t work for everyone’s floor plan. It has worked for our kiddo’s ages, and we may switch it up when we relocate. But it has been perfect for now. Just look at your home and how you can use it in your own way. Not someone elses. 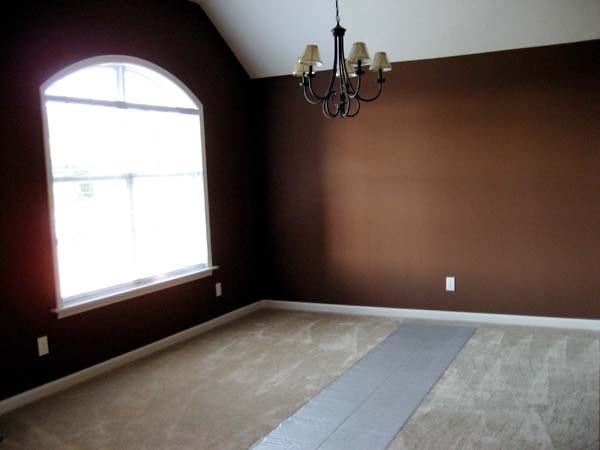 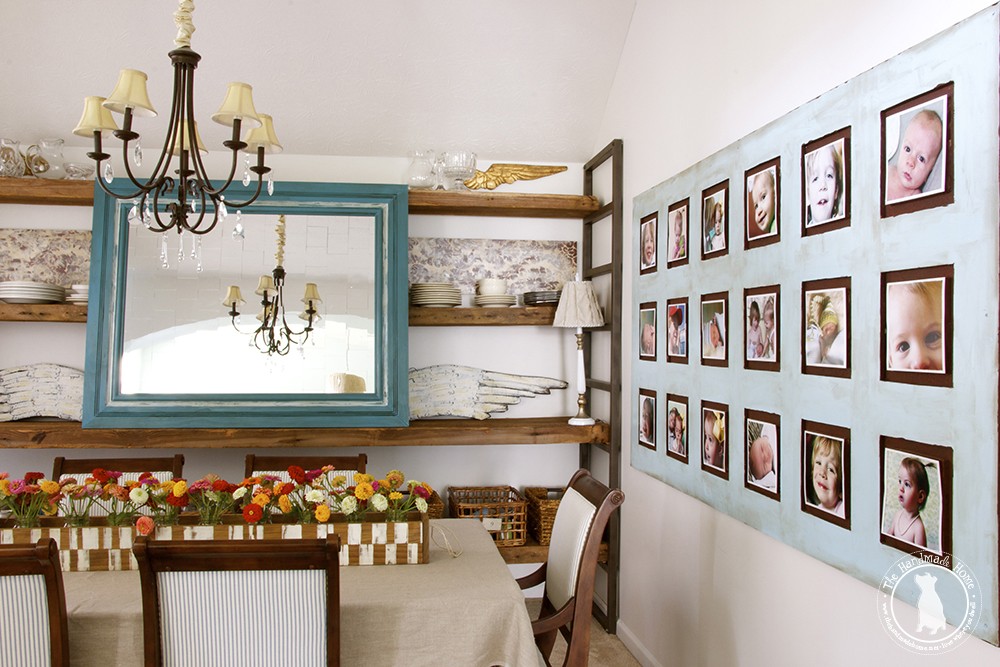 The dining room – As soon as we let go of the dining room, it was like my entire world had opened up. Our home felt bigger. In our previous lives, we used it maybe twice a year {?} and we never went in there. Then we were thrown into the world of homeschooling, and I knew I needed a real space for it all, I was forced to ask myself the question: Am I holding on to this out of guilt?

Homeschool or not, I would probably still use it as such, though I needed a push to take me over the edge. I’d broken all these other rules, and could not, for some deep engrained southern reason, part with the dining room. And it was the most liberating step for us. My point with all this? 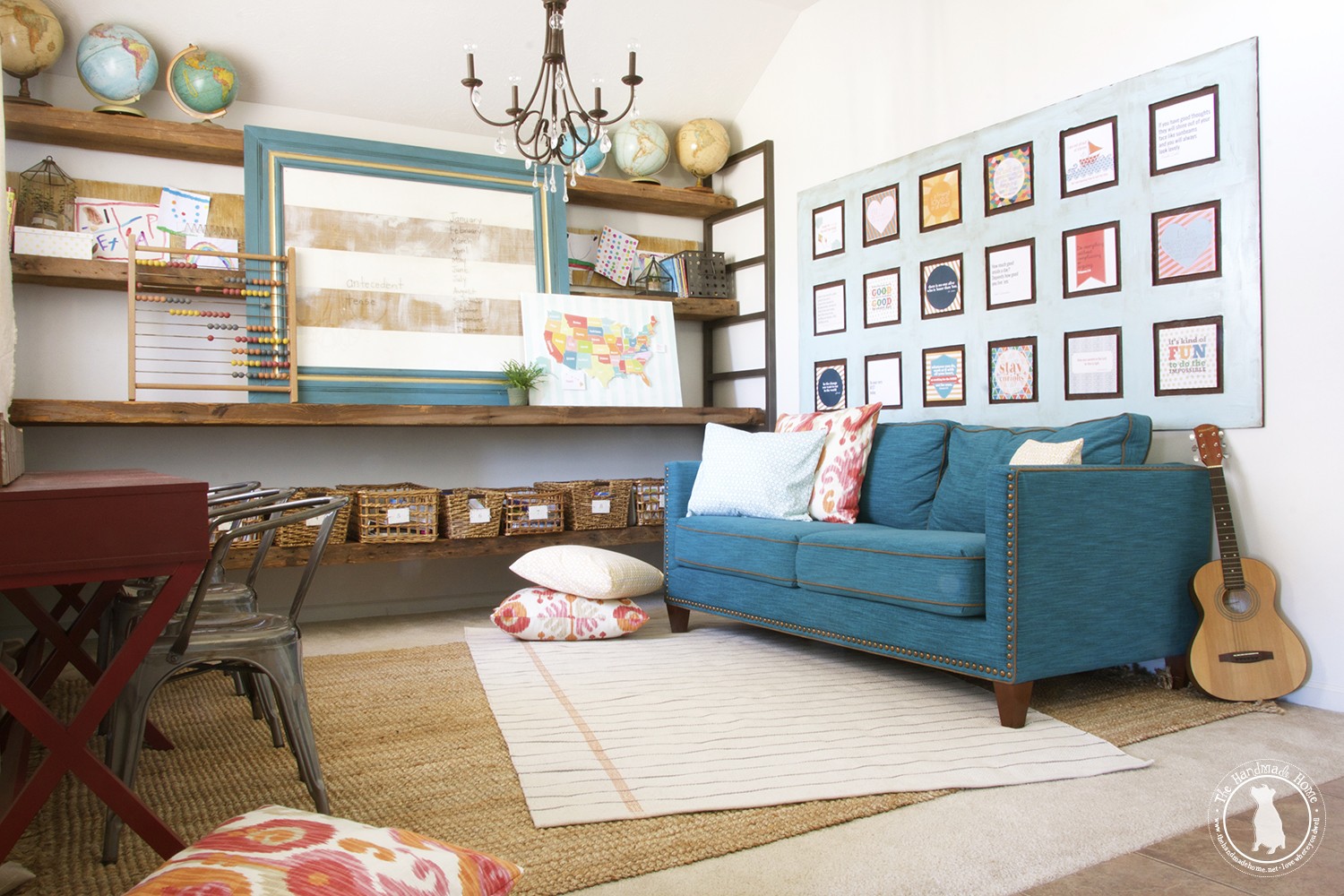 Reevaluate each space, and make sure you’re really using it for you. Not for the rules placed there by society and/or some architect who drew up the plans for the mass population. Your home stretches farther when you customize it to meet your needs.

• Walls, or lack thereof, don’t have to hold you back.

Which brings us to… Don’t be afraid to look at your home beyond the initial builder’s ideas. Buying a home is a lot like this when you decide to let go of the predetermined space’s use: 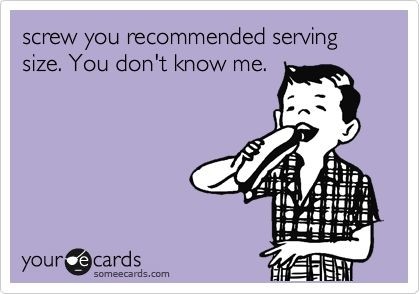 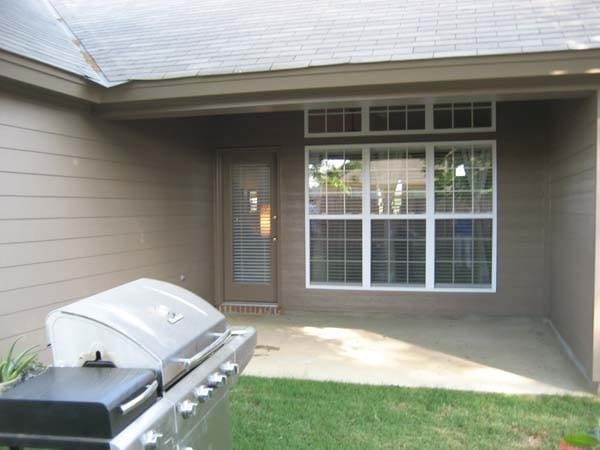 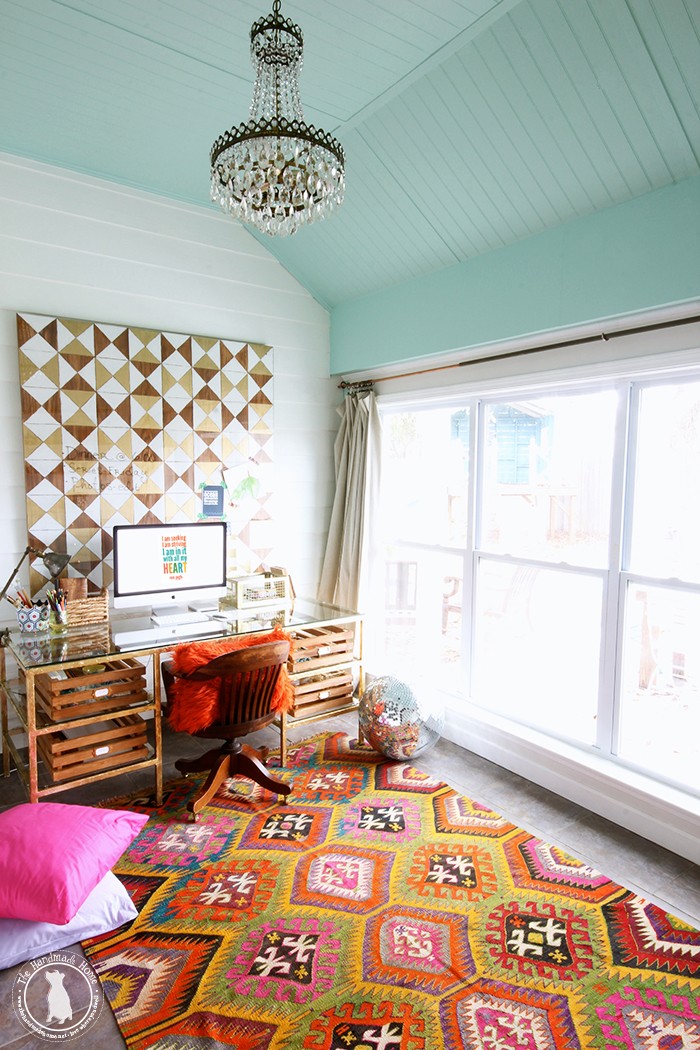 The Studio – was originally our home’s covered porch. But we tiled it, and had a wall built to add more space. It was just one extra room, but we soon realized needed it for office space, and the extra space was a luxury. It’s the little things that can go a long way. 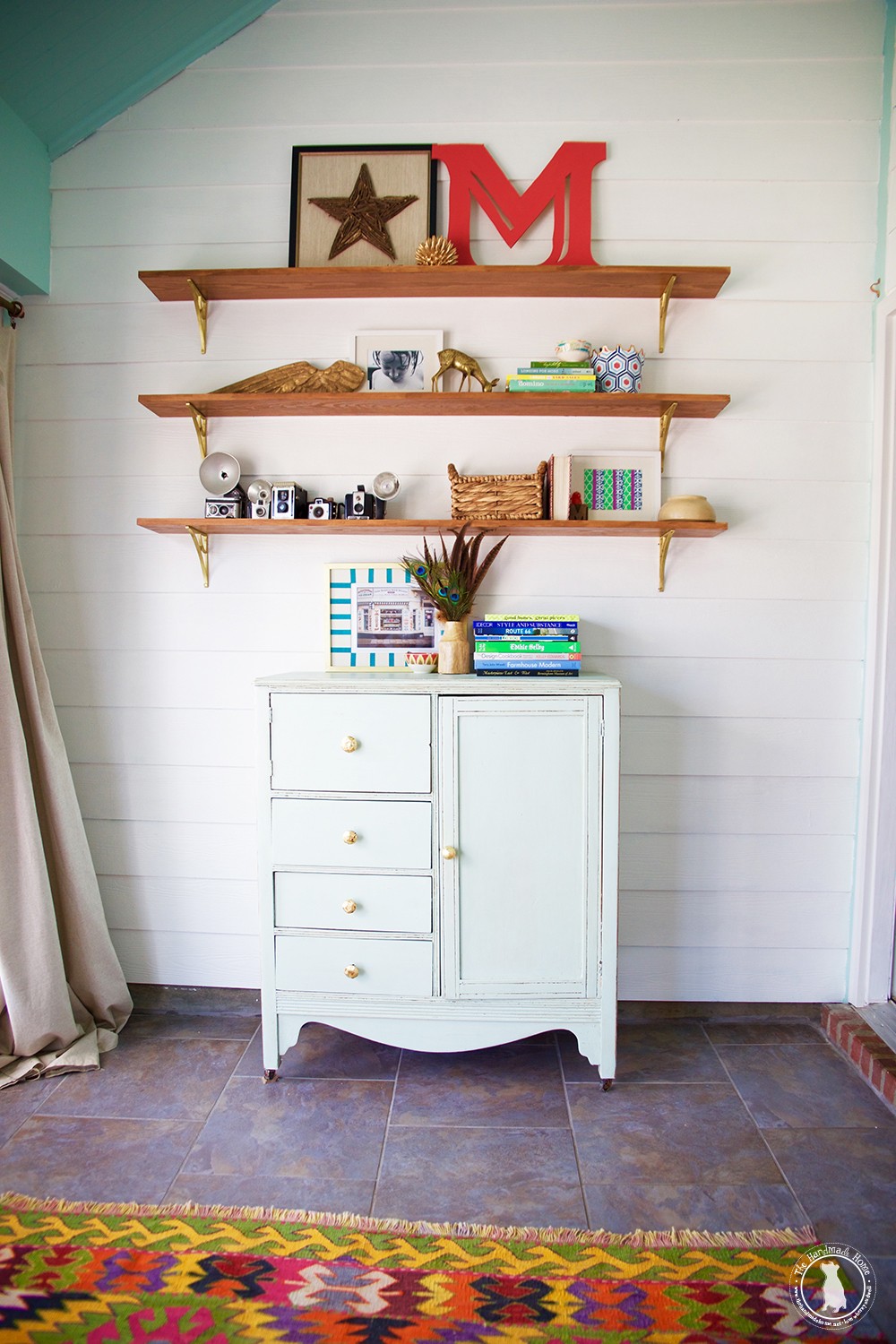 The walk through closets – originally two closets back to back with two rooms side by side. We actually knocked out the wall going through {after confirming that was not a load bearing wall} and installed floor to ceiling shelving in it on each side. It opened up the spaces, giving us even more square footage, and more storage in the meantime. The kids have a space for all of their games, legos, play kitchen, sleeping bags, and all the other play space essentials. The best part? We can actually find what we need. 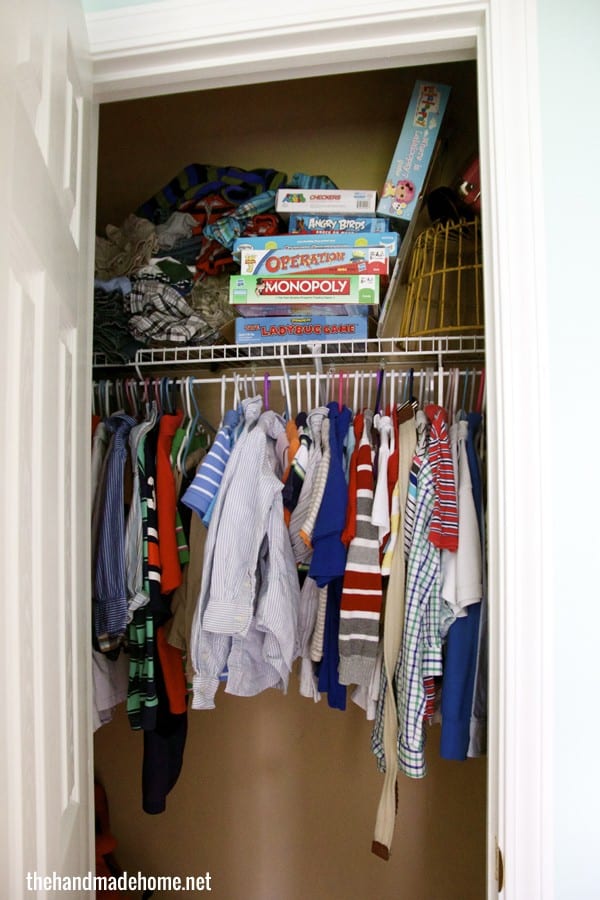 It may look complicated at a glance, but sometimes they’re really simple changes that can make a radical difference in your home. I like to look at houses as a blank canvas waiting to be altered. Just because it looks a certain way when you move in, doesn’t mean you have to keep it like that. Walls included. 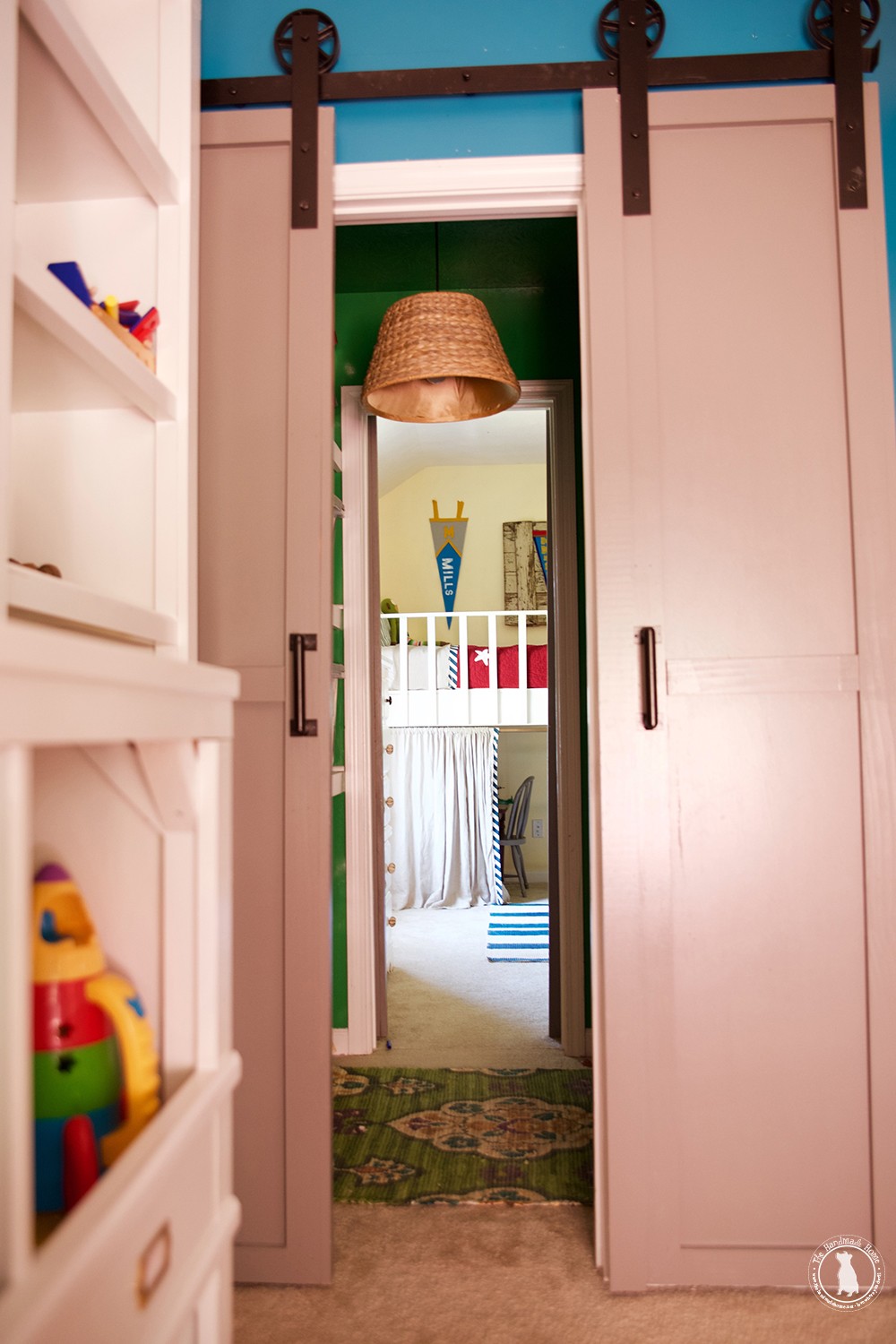 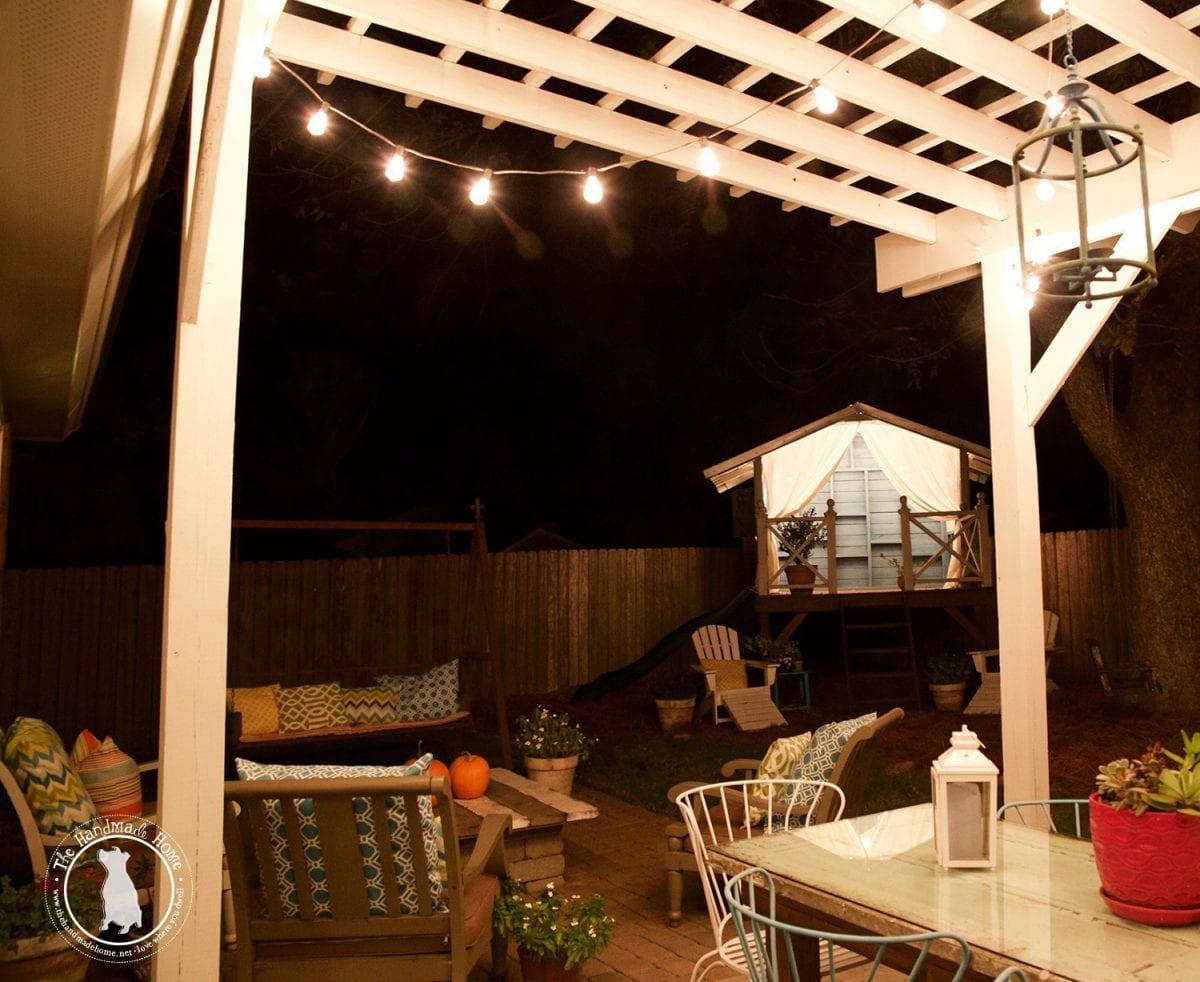 We always tend to save outside for last. When in reality, it can be a space all it’s own, and during agreeable weather, basically extends beyond your home. If your home is smaller, this is a definite game changer, so consider it. We were okay with square footage – it’s all based on perspective so our home is in no way small – but it was still a big deal for us to have an area to retreat to. 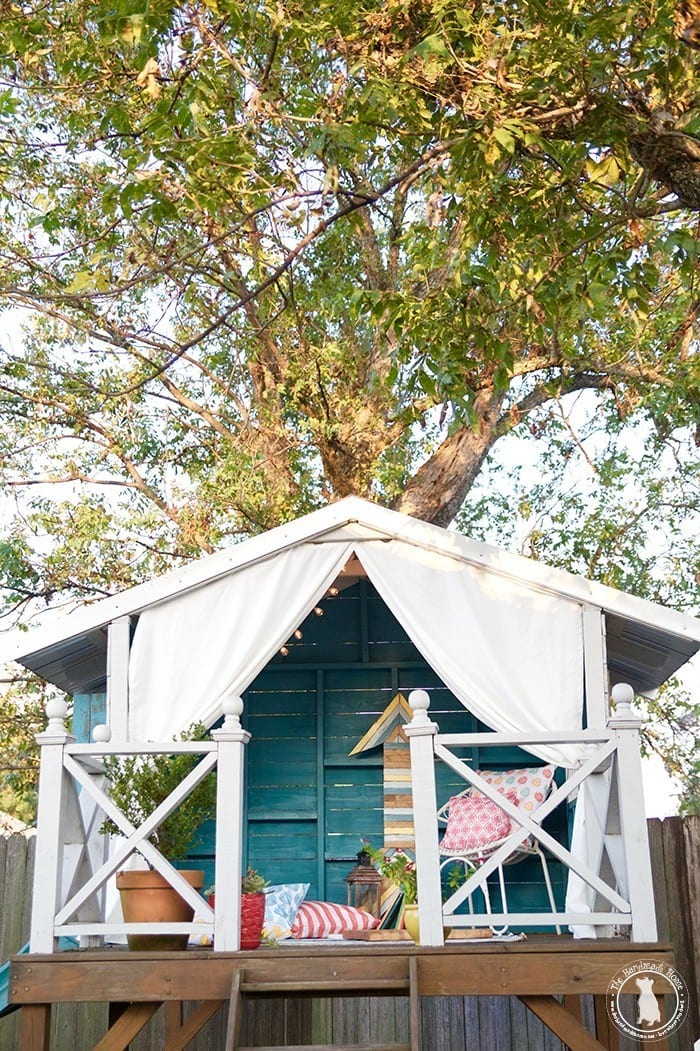 It doesn’t have to be anything extravagant because we realize not everyone wants to go build a tiny home in their back yard. But it can make a huge difference with just a few chairs and pillows and a place to retreat, especially if you’re making other small changes in your home that turns it a little topsy turvy. {Read: sanity saver with small kiddos!} 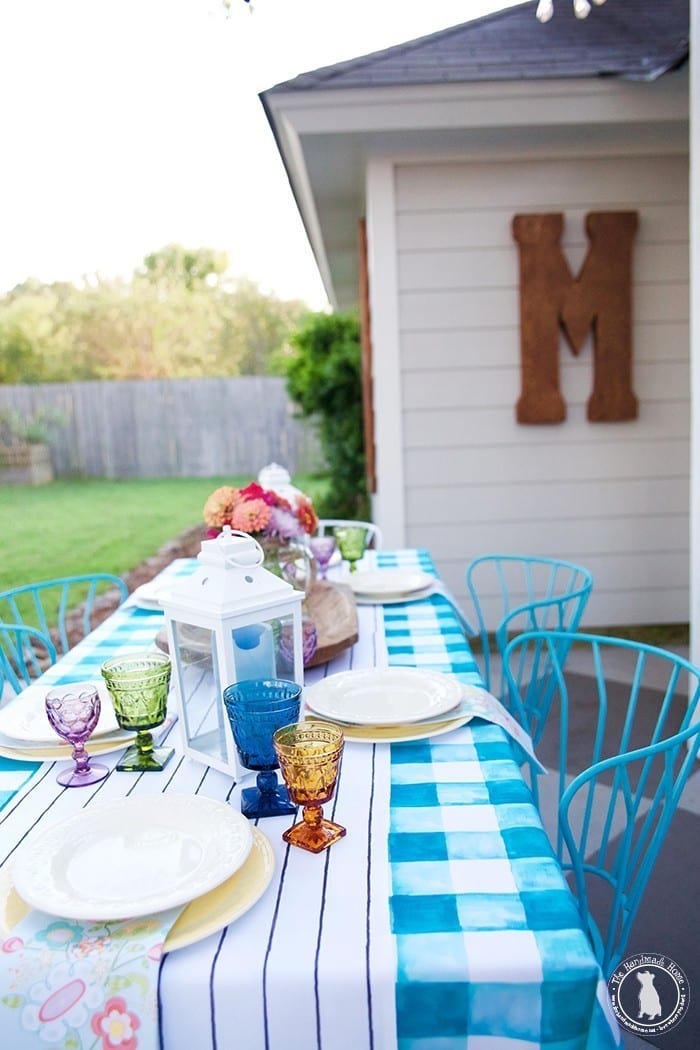 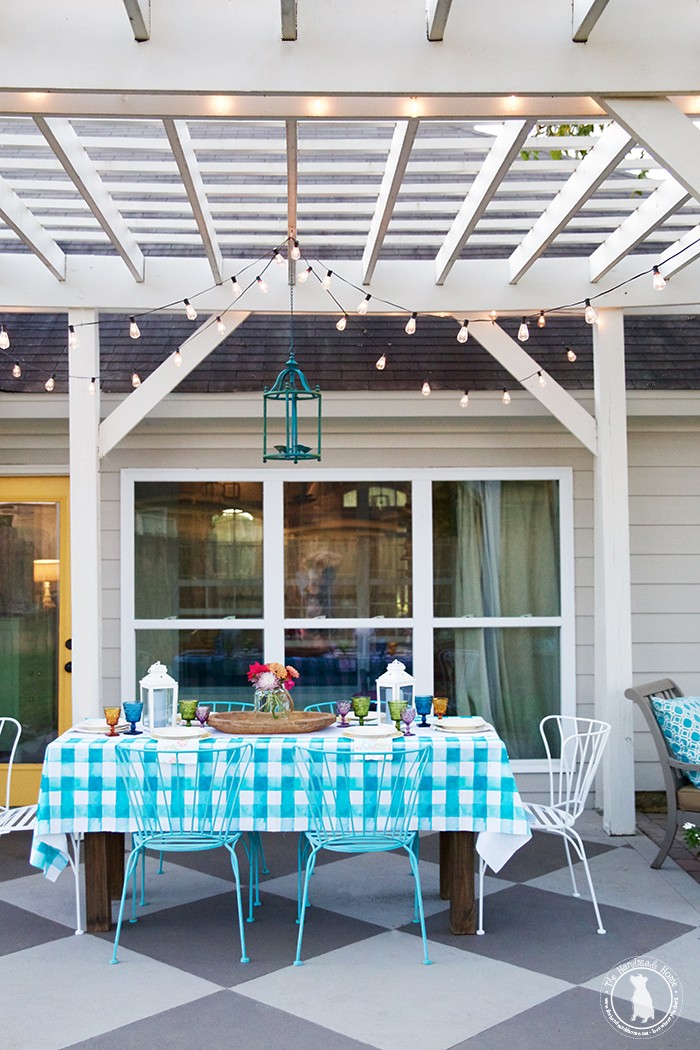 We hope this helps a little, Jessica – in getting those wheels turning!

What are some of your favorite changes or rule breaking advice from anyone who has settled in for more than a few years and has let their home grow with them? Any advice from you guys? We’d love to hear!