We always say that there are stages in a project. 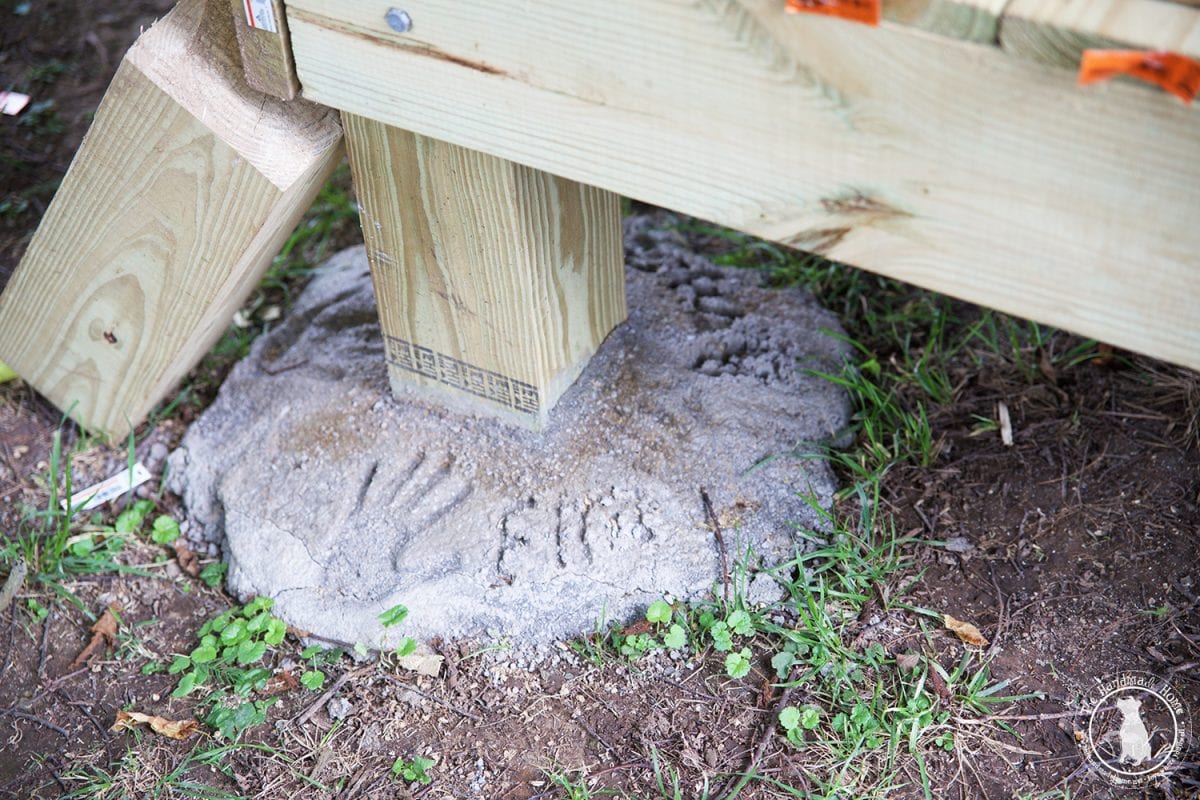 If you’ve been following along for a while, then you know that we wanted to tackle the new handmade hideaway, just in time for some summer fun. 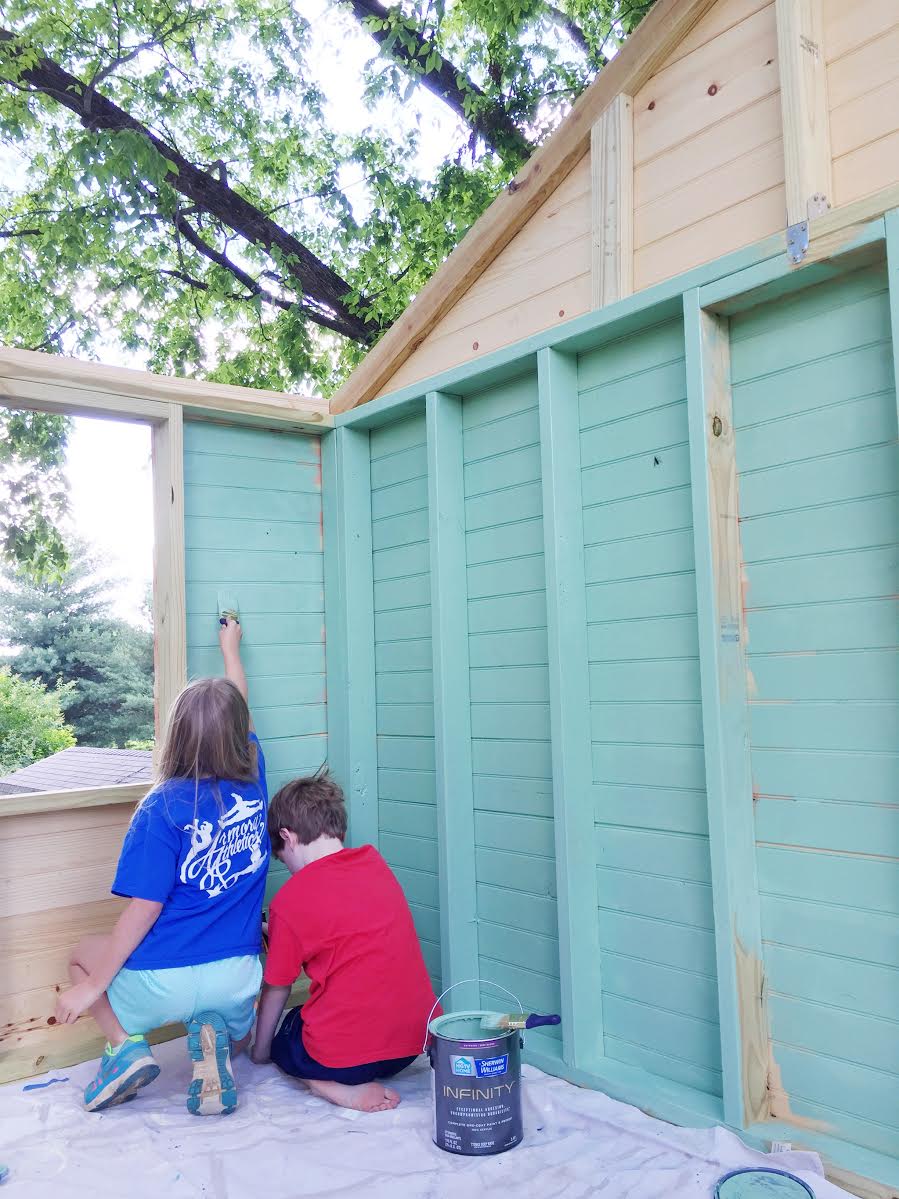 We’ve battled rain, the end of school, crazy schedules and tried to build and paint in between work… including the kids wanting to help. ;}

And we all know how that one always ends… {that was fun for like, 20 minutes. Which is an all time record high as far as paint times.}

So we feel like it’s taken us a bit longer than we originally intended. 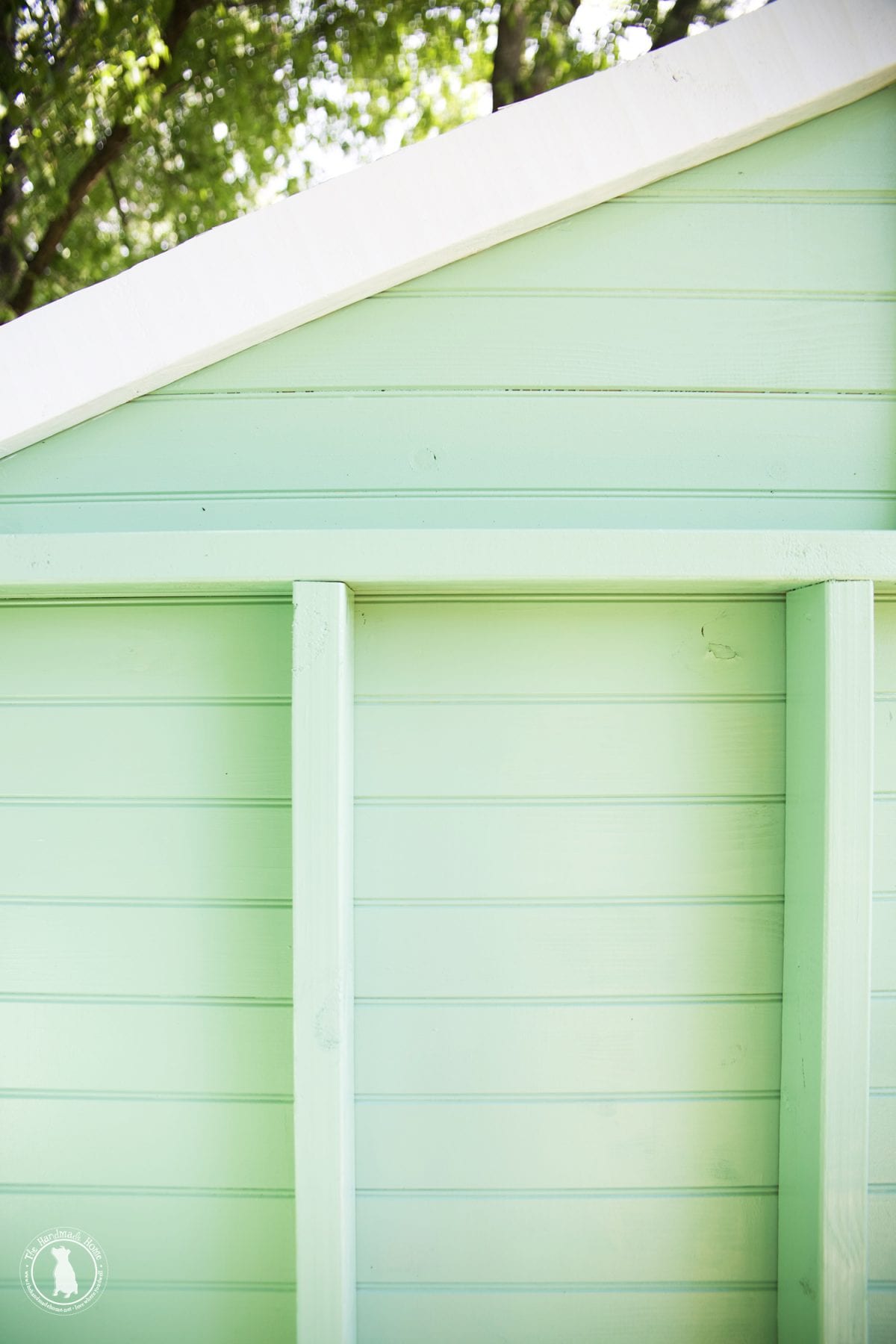 And we’re definitely to the complete-exhaustion-totally-over-it-make-it-stop-already part.

As I write this, I’m covered in a spectrum of paint from my hair to my toes and bug bites. Lots of bug bites.

It should also be noted that I smell like bug spray. 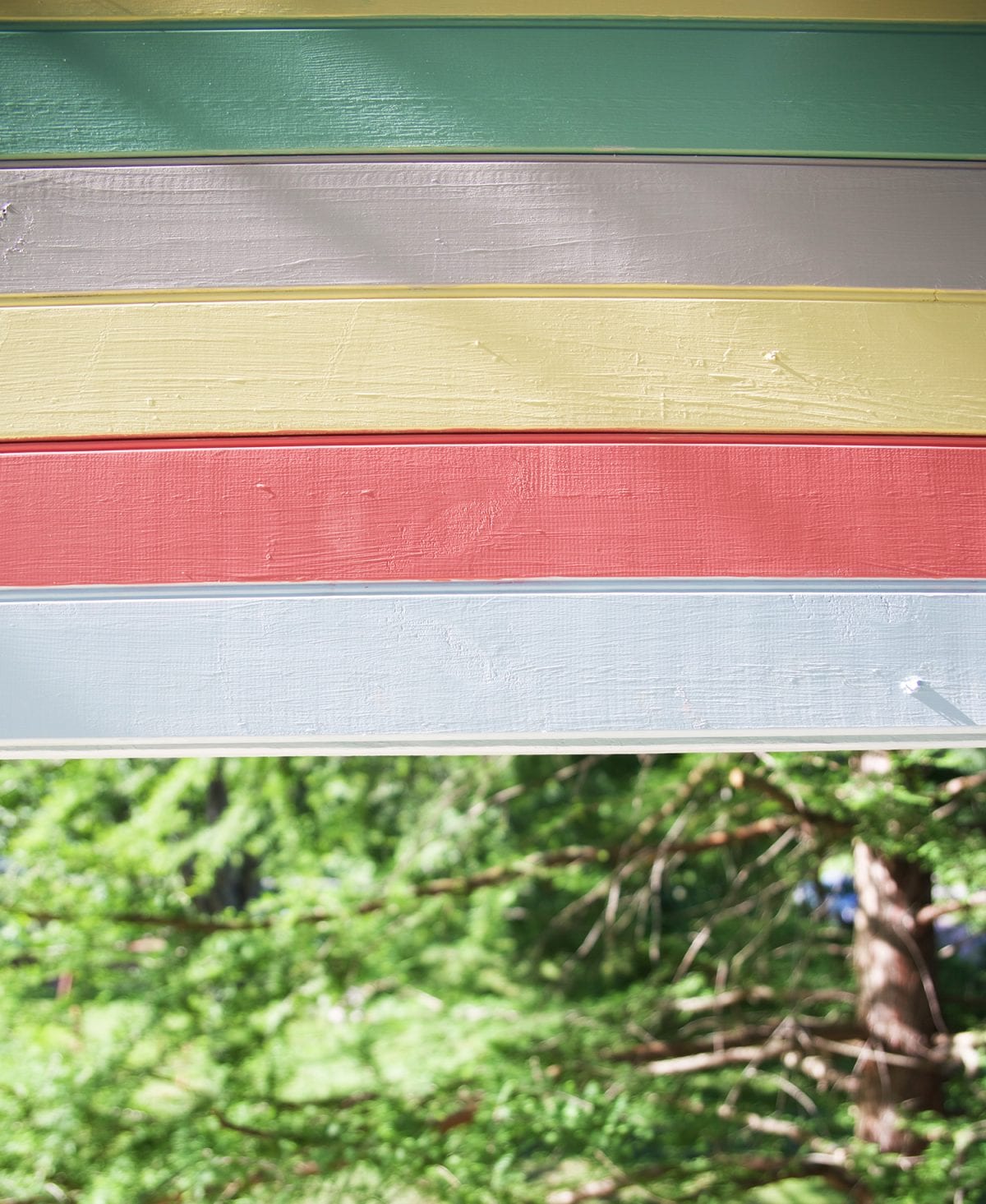 We’re so close, but so far away.

I know we’re closer than we think.

But we’re at that stage …

I laid down to take this photo, and then didn’t move for a while. 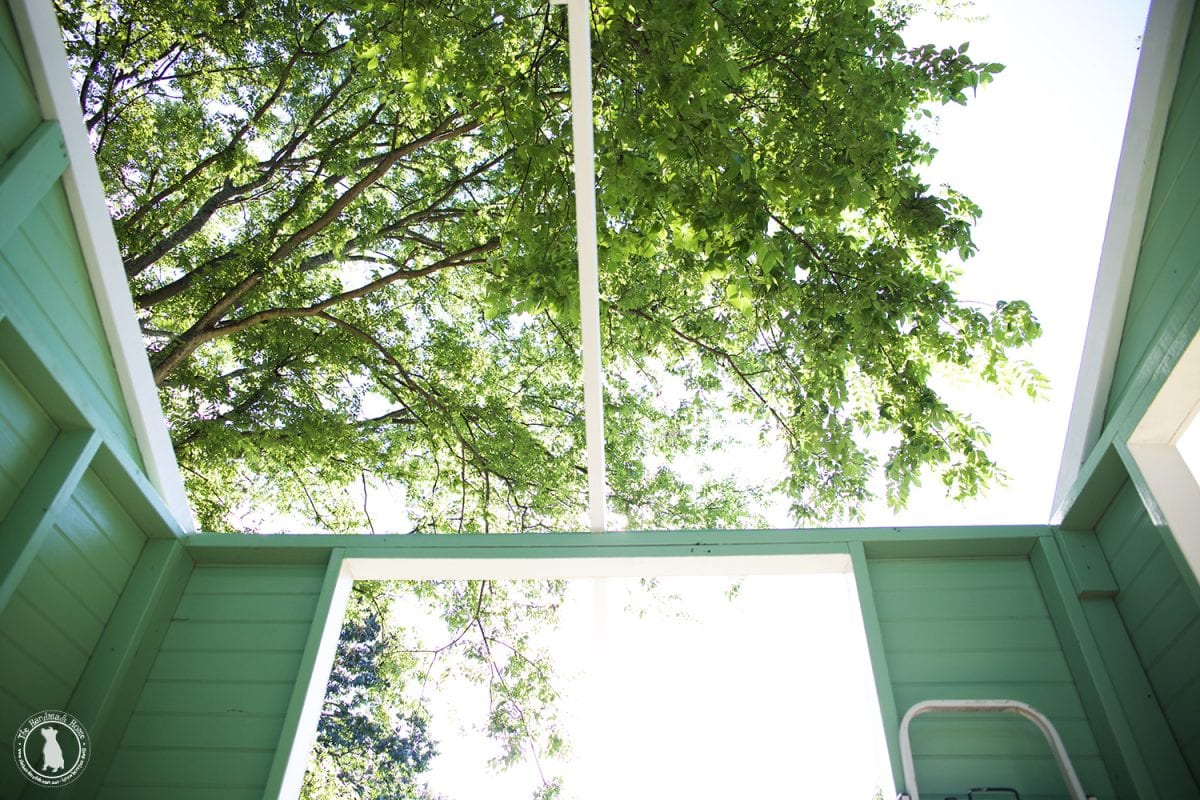 While we’re noting things, it should also be noted that because we basically don’t know how to do anything small, said hideaway 2.0 is now to about 10 x 12 x 17.

We built a small house. Clearly, we plan to have lots of glamping in our near future via our little cabin.

But it’s tucked away beautifully in the trees of our yard so as not to traumatize the neighbors, and so that it truly is a hideaway. 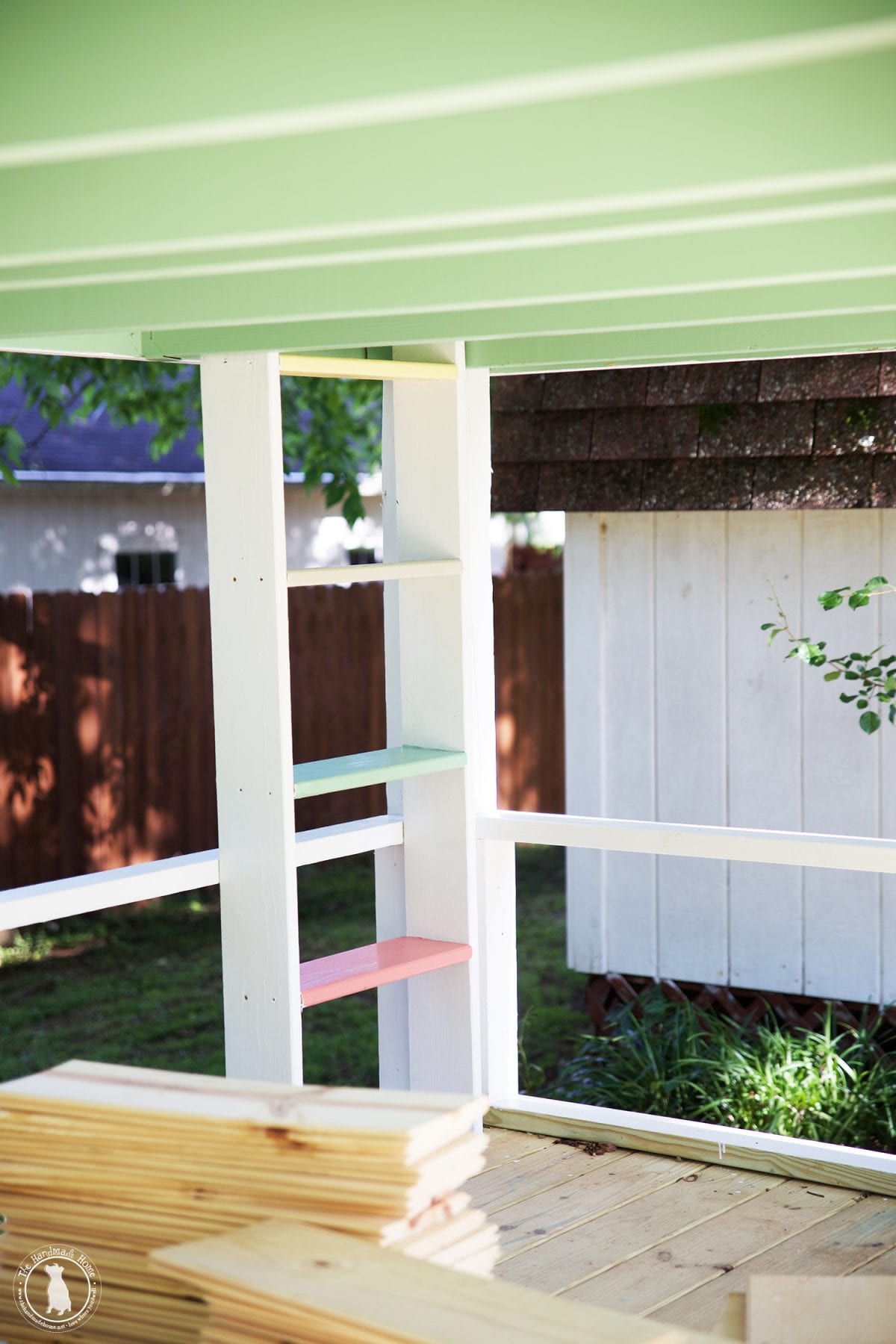 When we go back to photograph and share the final tada, we may have to hold back some branches just so we can get the shots, since we refuse to cut them down. ;} 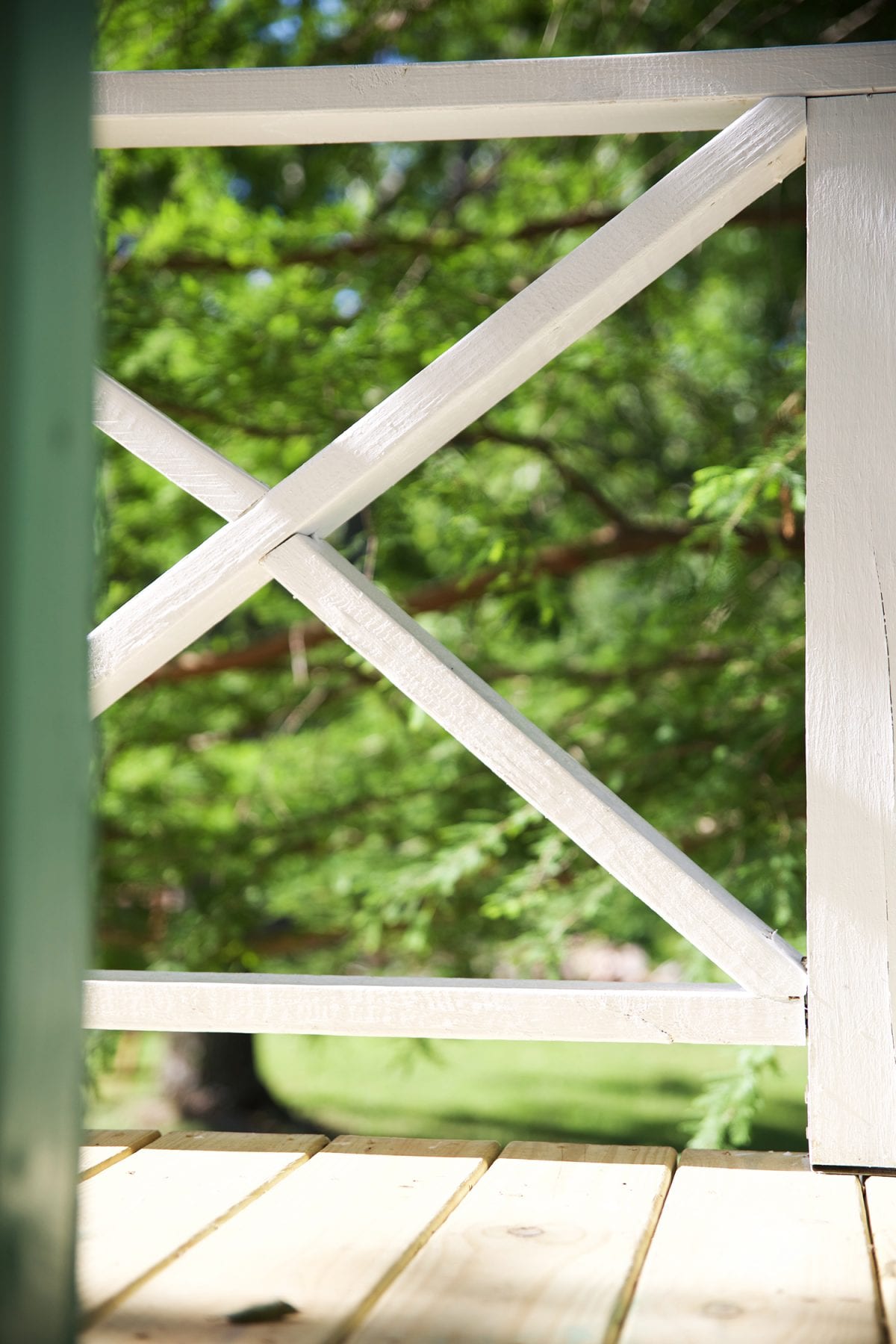 I noted to a friend the other day that I was tired.

This conversation took place whilst we were looking at this creation, and she said, “No wonder, you guys tend to do projects in lightening speed.”

That kind of made me take a moment, since I totally feel like that sloth from Zootopia. 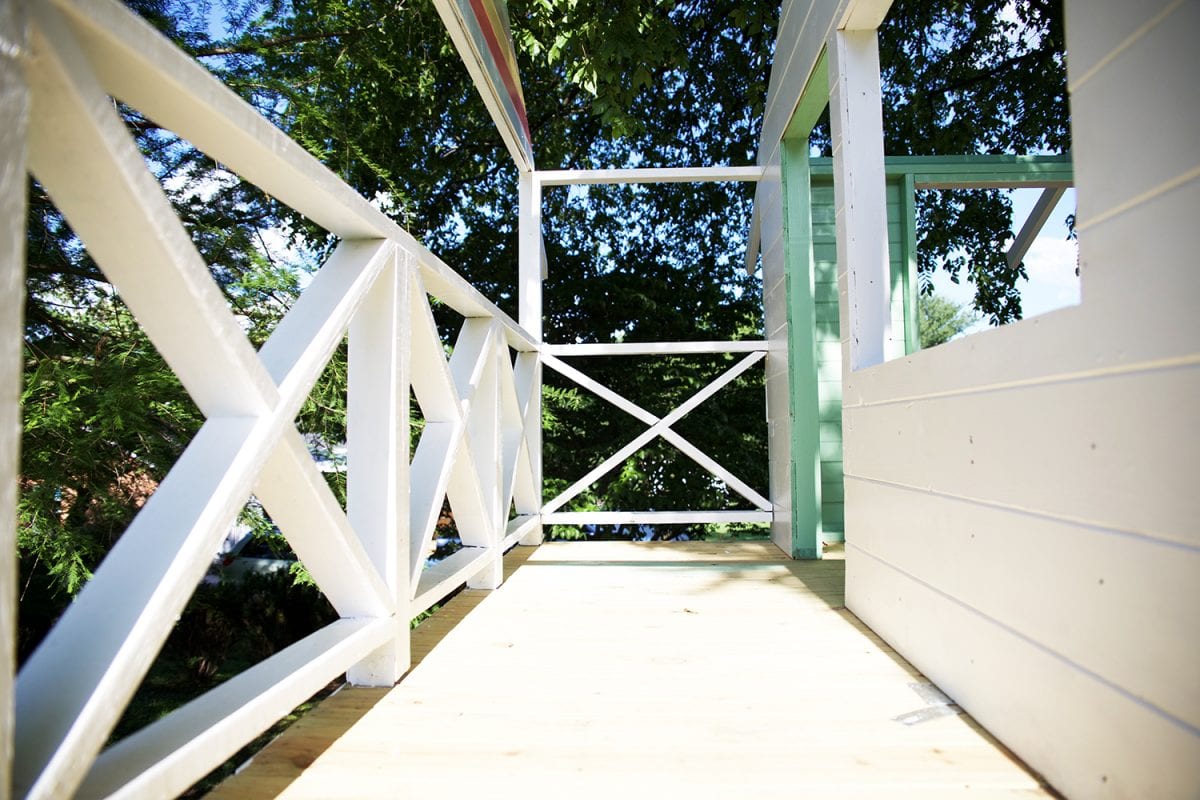 I spilled a bucket of paint on the deck that is supposed to be stained. That was when I knew we were officially to the exhaustion stage. I was clambering over the railing from the ladder and I was all, It would really suck if I spilled this paint. Then my big booty just knocked it into the air, as if on cue, right onto the decking. There was this moment of NOOOOOOOOOO in slow motion, a-la the movies, but it was too late.

It was in that moment that I realized I added at least another few hours of work, and wanted to cry. I looked over at Jamin who was laughing, and also taking photos. Perspective. 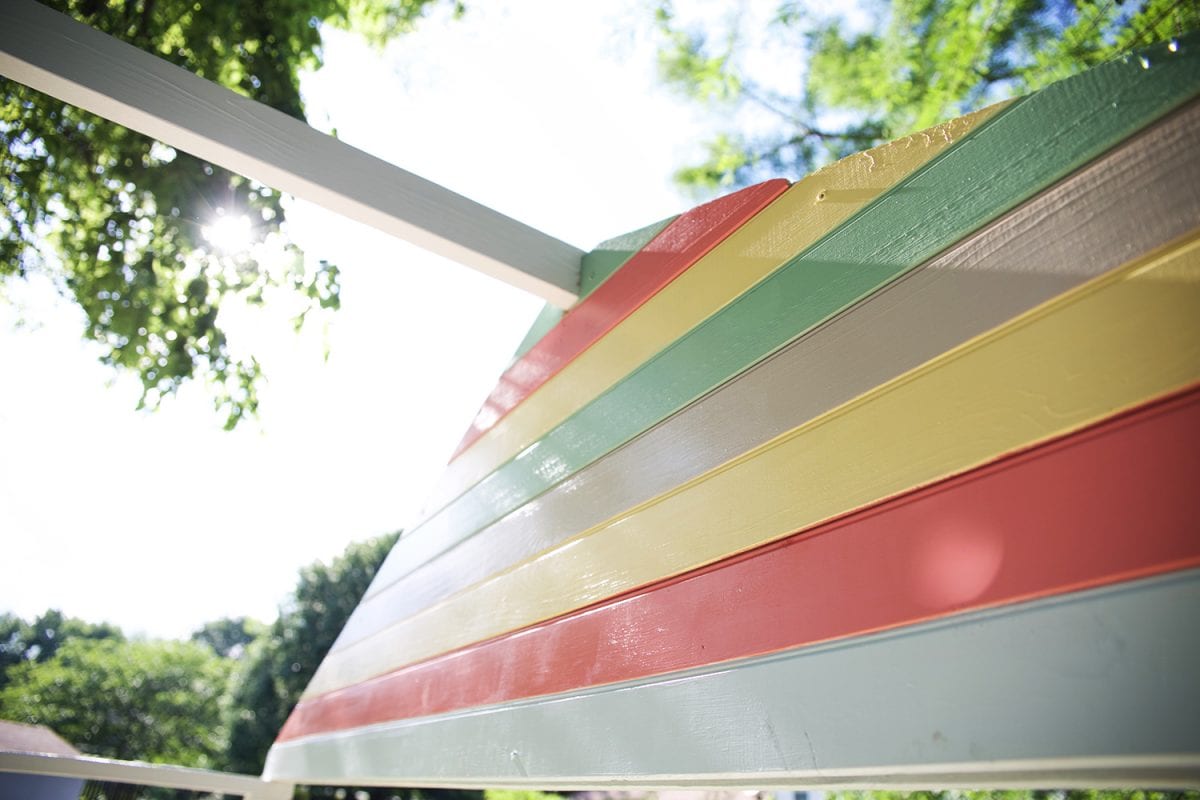 Deep breaths. I realized that this is probably our last treehouse to build for our kids. So we’re trying to enjoy the process for all its worth. Even the catastrophes and failed ideas. It can be a little bit more of a process, when you’re making something up as you go.

Sometimes, I really hate my cheesy sentimental side. 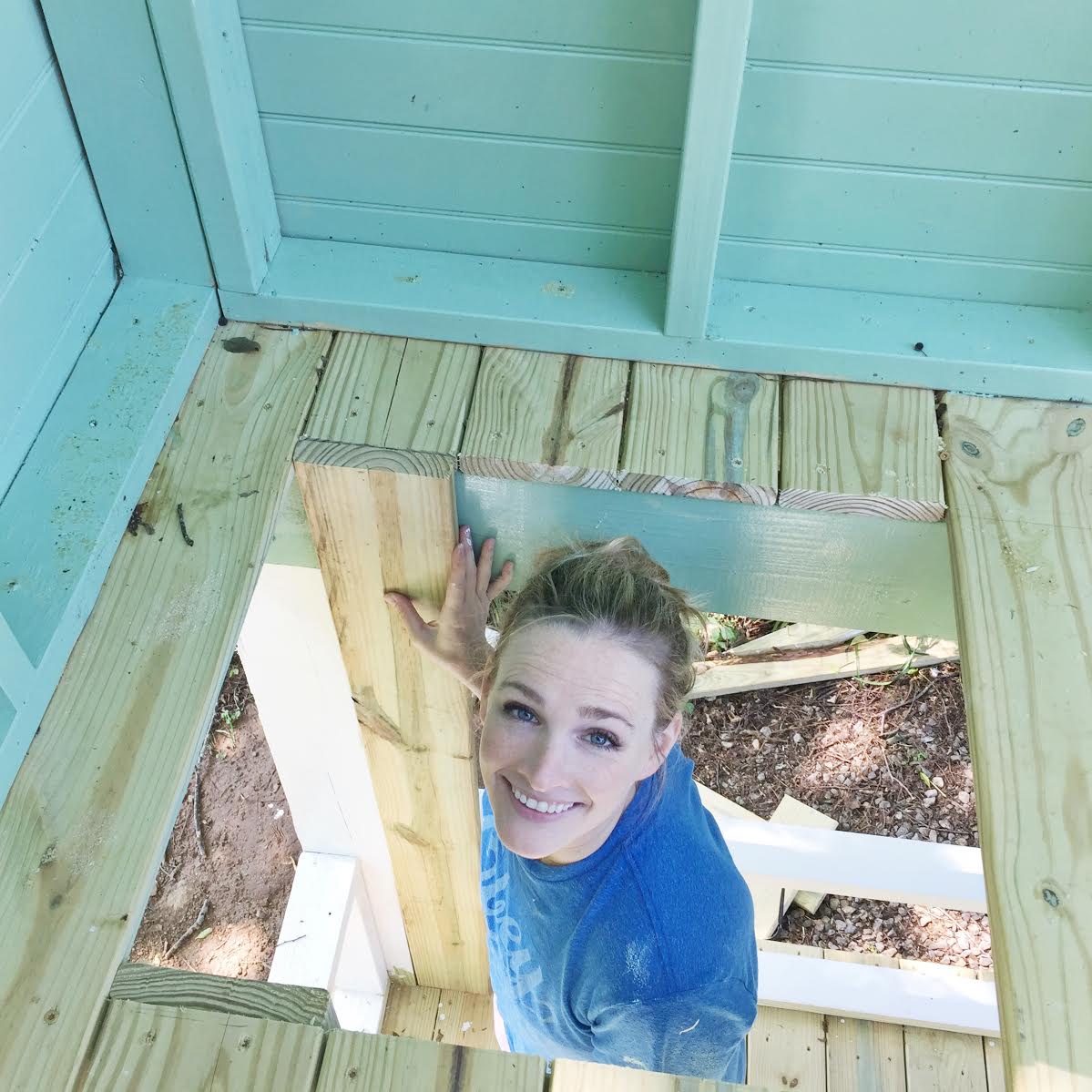 It’s really coming along oh so beautifully, though. So please do stay tuned.

Because trap doors are all the rage this season.

We can’t wait to show it to you in all its finished glory!

In the meantime be sure to check out our beautiful reader creations with this hashtag here… {we get so excited when we see different languages – it’s kinda crazy how many exist now!}

…And all the how tos for the original handmade hideaway can be found here.