It was about two months ago, before his 40th. And I was starting the question early because I knew we needed to prep for this one.

Let’s drop a line for an emphasis on the pause: Because this is the big 4-0. The big half-of-your-life-has-been-accomplished-celebration {?!?!?!?!!} was to begin. {Side note: I totally get why people have mid life crises now}

I remember my parents turning 40. They put various plastic birds in their friends yards and commented about being over the hill and ads in the paper with third grade yearbook photos in their hometown paper under the caption “Lordy lordy look who’s 40!” and I remember thinking {after noting how funny said school pics were}… wow. That is so old.

But let’s have another pause of emphasis because I must also say that if you still think it’s old and you’re nowhere near it yet, take a deep breath… because it’s right around the corner. Promise. 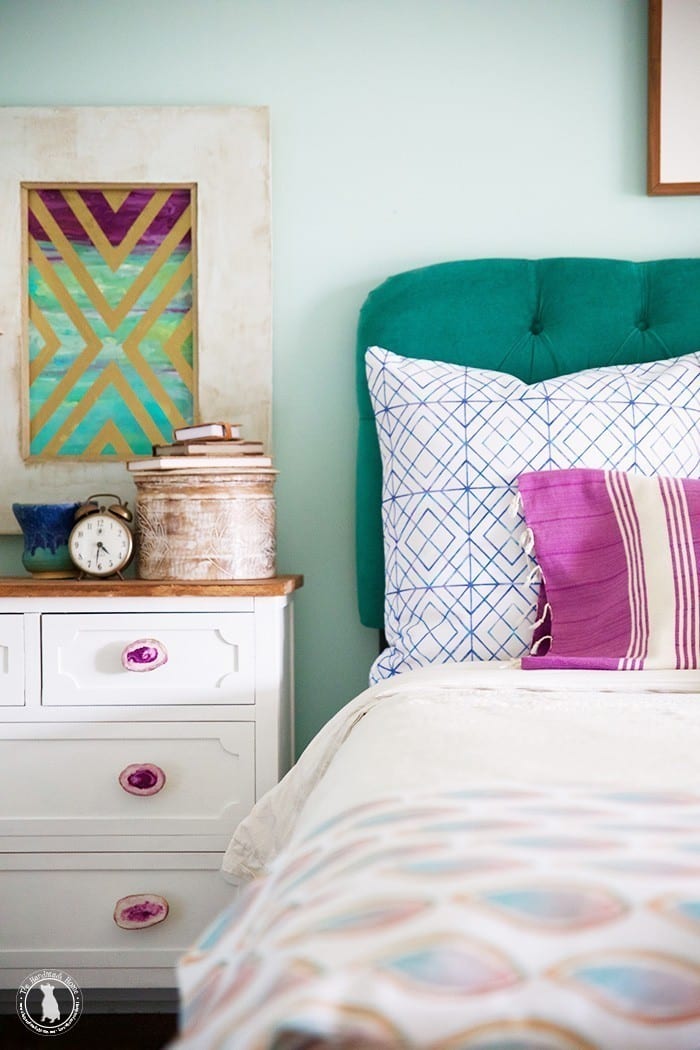 Here we are. It’s like we fell asleep after our honeymoon and it’s thirteen years later. Of marriage. Long gone are the glory days of grad school and college, into the delirium of parenthood with three kids, two dogs and jobs and life and the educamacation of our kids and stuff. Sometimes, we hardly have time in the day to think about anything but all of the obstacles/goals/to-do lists in life. Let alone each other. Y’all know how it goes.

I knew it was kind of up to me, to push him to do something, because A. He’s not the type to want a party, {Introverts unite!} B. I mean, you only turn 40 once, and C. Let it be known that I am a good deal younger than said husband, so subtract about five years. Four with my birthday in December, so I’m riding the 5 cash cow all the way to the bank for another month. {We didn’t need a point C, I just felt the need to clarify. Shhhhh.} 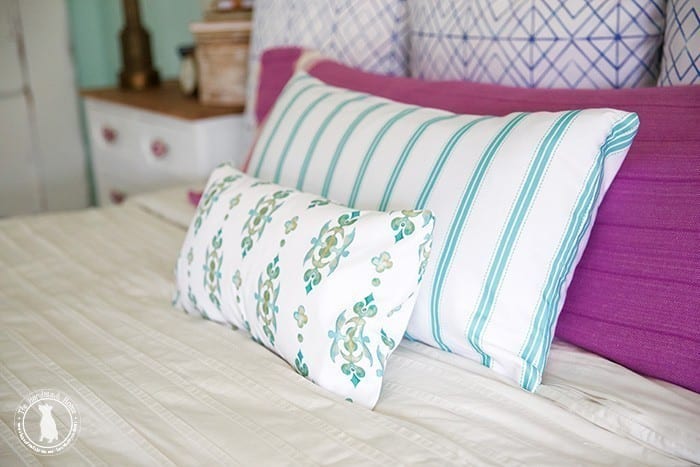 So I asked and I pushed and I hinted… and finally we settled on it one night, when he opened up his laptop and booked a trip to New Orleans on a total whim. We also booked my gracious parents as the baby sitters and it was done. 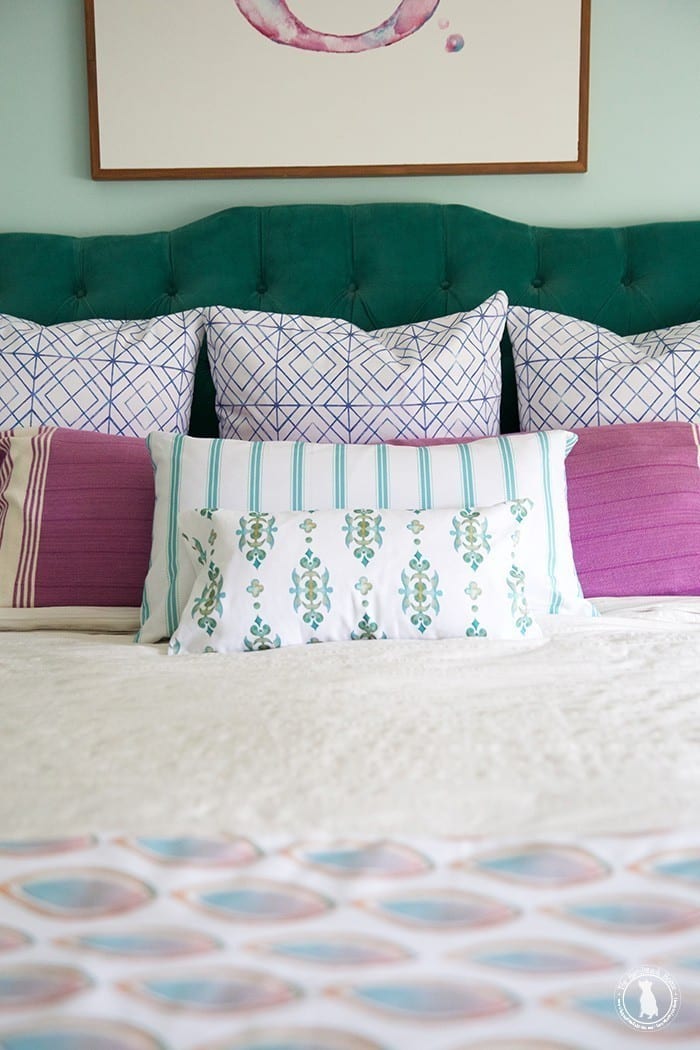 We both randomly chose a place we’d never been before and thought, this is it! It’s time to celebrate. The old houses, art, food and even the cheesy ghost tours that are oh so fun. Sign us up! We were thrilled to get away. I was even committed to the point of planning out all my clothes in my head. I mean, a gal can dream of actually wearing something besides mascara and non-yoga pants attire for three days in a row, right? Because whilst one may roll their eyes, when you’re in mom/run the business from home/educate your kiddos/shuttle them to all the places/just surviving life mode, it doesn’t happen much.

Sports bras are considered fancy. {For what it’s worth, this factoid is kind of sad/not sad because I just read this whole article about saving my brain power and it totally justifies my yoga pants behavior. Thanks, Steve Jobs.} 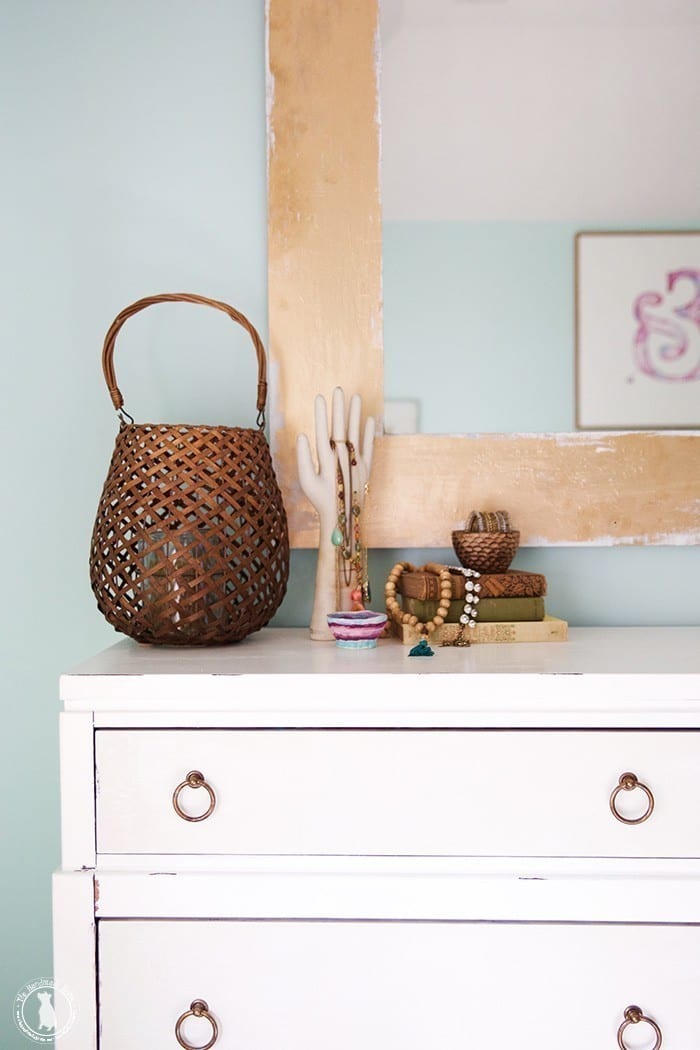 We were about two weeks out when Jamin began to change the pace of the convo. Because we kept trying to commit to tours/dinner reservations/places to visit, and it just wasn’t happening.

“What do you want to see?” He’d ask. Almost as if we were pep talking ourselves for the big event. 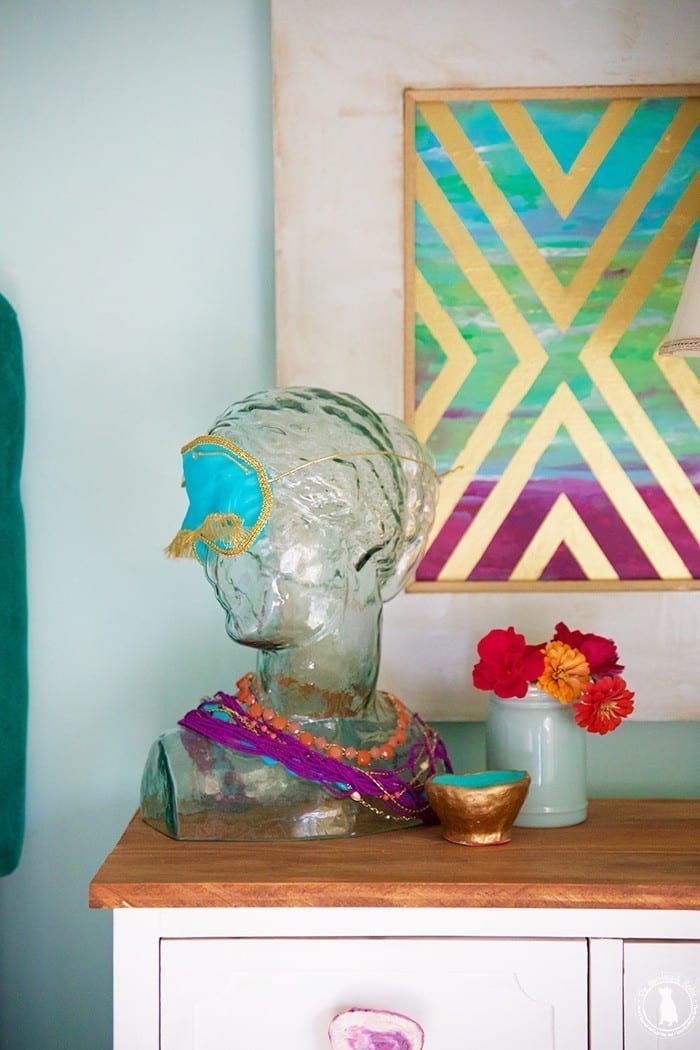 “I don’t care,” I’d respond honestly. We’ve been burning the midnight oil a lot lately, prepping for the launch of our lines via the studio in November, hours usually running from early morning to late at night. “Let’s eat crepes or something. But really I just want to sleep in! Wheeeeee!”

And he didn’t reply immediately. He had that look on his face that tells me when he’s thinking something totally different. 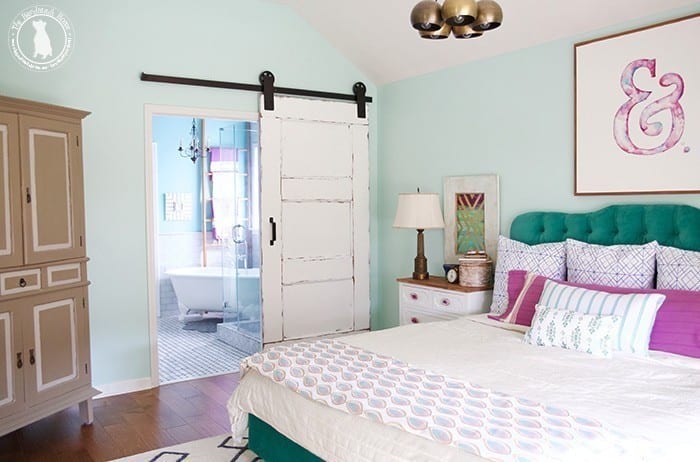 “You know what I really want for my fortieth?” He asked.

“What?” I responded, hesitantly.

“I want to stay here. And do absolutely nothing.” He replied.

At first I thought he was kidding. I laughed at him. And then I fought him on the idea. I mean, we were actually going somewhere, and I’d actually hyped myself up about it, {even though if I was honest, I was exhausted}. I had mentally planned out which outfits I would take. That’s major commitment/mental prep level: Ashley. 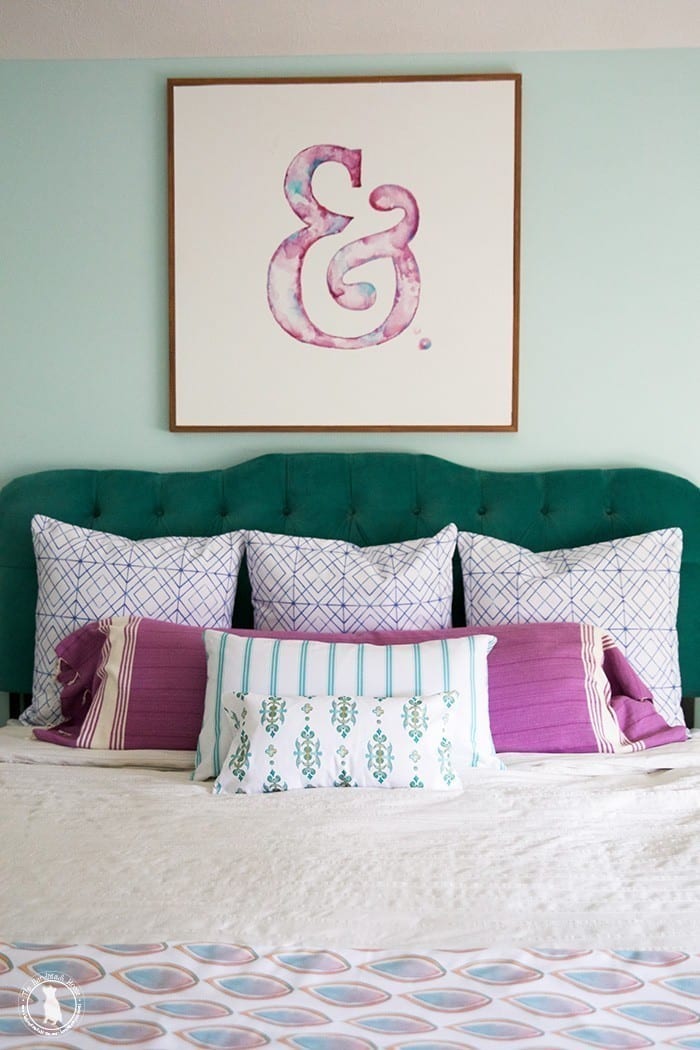 But the more I brought it up, the more he was adamant about wanting to do just that. We would only come back more tired than when we left, after all. And if what we were truly excited about was a quiet hotel, shouldn’t that tell us something?

“Are you sure?” I would ask. I was determined to do something fun. Thinking that eventually, he would go back to plan A. 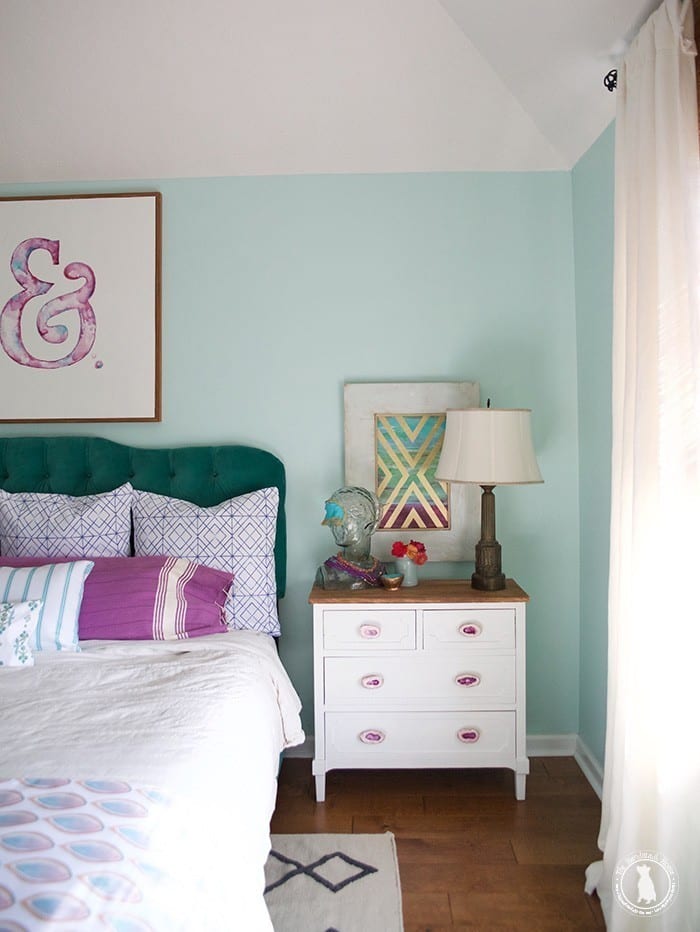 So on Thursday, my {amazing} parents took the kids. We booked the puppies a nice cozy spot at the vet for boarding.

And we spent 2.5 amazing, blissfully restful days. It was like that song ‘House Party‘, except there were no cops. And the neighbors probably didn’t even know we were home. And lots of sleeping in as long as we wanted, getting all our favorite takeout, 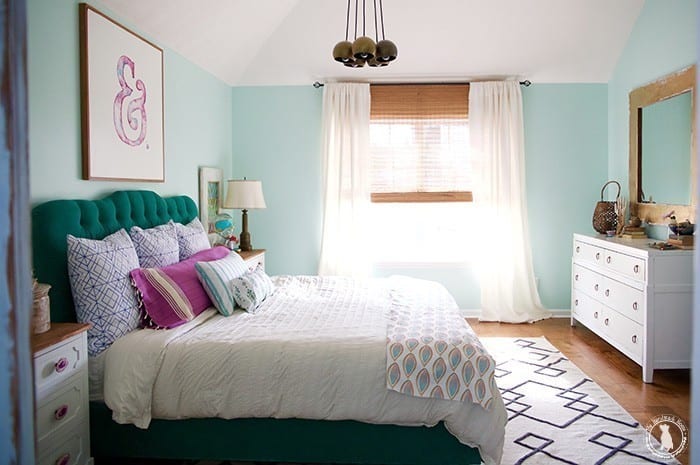 binge watching all the movies and Netflix and football on our wish list.

If we could make a music video about it, said video would star us, bouncing up and down on the bed in matching white bathrobes, throwing french fries into the air and biting into a gigantic juicy hamburger from our favorite restaurant in slow motion. Because we may or may not have even worn matching white bathrobes, so we could do all of the above in true celebratory slacker style. We’re dorks like that. 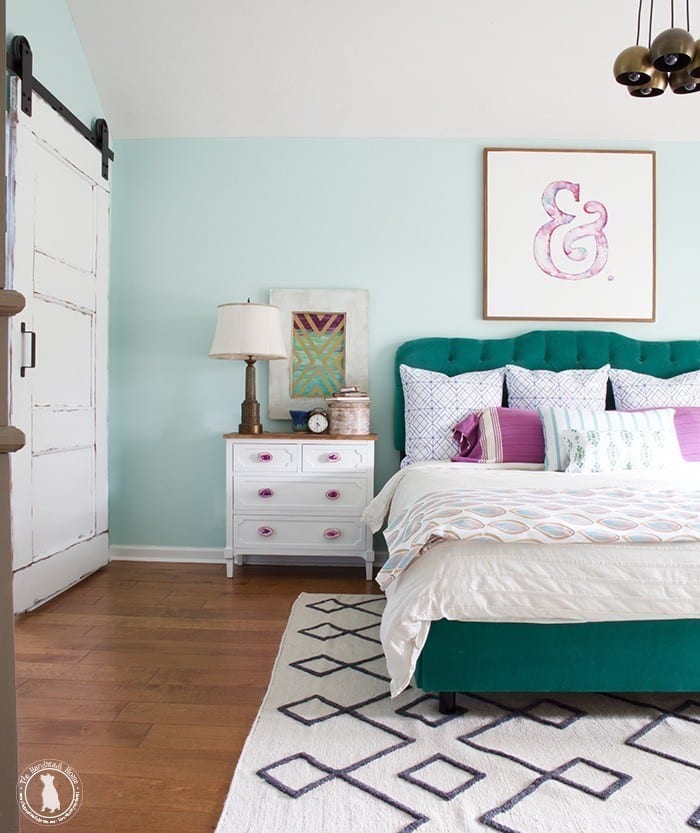 We relished in just being still. We didn’t even go on a date.

We can’t tell you when the last time was, that we actually did that. Like everyone else, we don’t even do that on the holidays… It’s go go go now now now work work work. And let me tell you… It’s the best thing we’ve done in a long time. It was so nice to just hit pause.

And just be totally selfish by all by ourselves for 2.5 whole entire days. 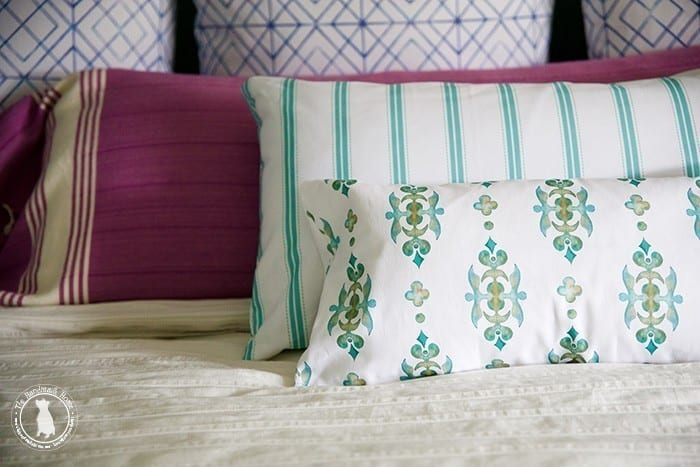 Okay. Like, I wouldn’t pass up a cruise to Tahiti for three weeks, but other than that… this was our version of being realistically unplugged. 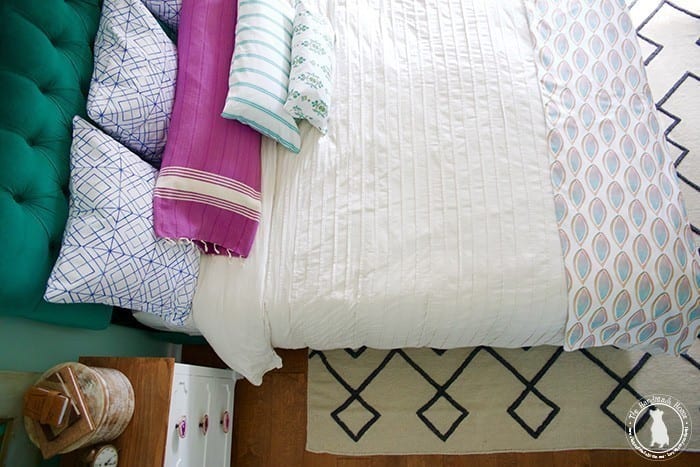 We feel recharged. We feel connected. We’re ready to tackle it.

So when someone asks us how we celebrated Jamin’s fortieth? It was amazingly glamorous. We stayed in. With matching white bathrobes. And it was absolutely amazing. It’s officially what I want for every birthday. {PS the heroes of the story were my parents. Seriously grateful.}

A house party, with Netflix and good food and other various non-exciting middle aged shenanigans that do not in fact, include law enforcement: Because that’s how we roll. 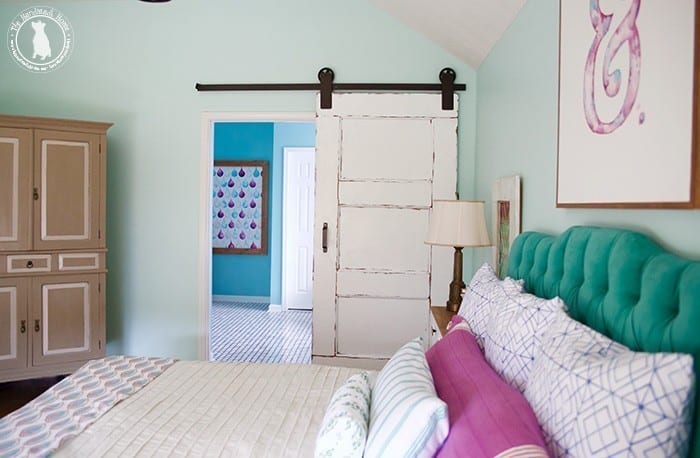 {Pssst: Today is a sneak peek of how we updated our bedroom with some of our fabrics coming this November to The Handmade Home Studio- stay tuned!}