You are here: Home / Keys to the Kingdom / how to survive disney

I feel like I’m fumbling through my days, sucking down vitamins and lots of water… trying to recover whilst hitting the ground running. It’s like finals week in college. Except I didn’t really stay up all night, I’m a good twelve years older, and I certainly didn’t party (unless acting like a dork with my kids counts). I have shin splints and need a good detox, y’all.

We just spent a full week at the happiest place on earth, and when people ask me how it went, I kind of feel like that chick from The Ring. I’m all, Seven days with a scary hiss while I do the creepy out-of-a-well, bed-head water ghost crawl across the ceiling. Because that’s really all I can muster right now. Maybe they should ask me again in a few weeks because I sound like an ingrate in recovery mode.

I just surpassed status don’t talk to me until I’ve had my coffee, so I should be good in a few more days. 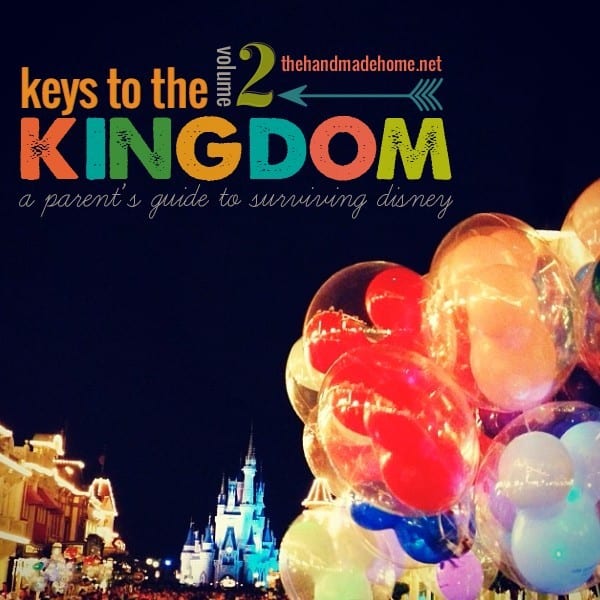 Because let’s be honest… Disney is  amazing.

My friend Erin nailed it on the head when she asked if we’d recovered yet. Then she said that going to Disney is like having babies. We go, come back absolutely exhausted, and when enough time has passed, we forget. And we go again.

Because it’s all about the memories.

The truth hurts. I need a vacation from my vacation.

So we’re bringing it back: Keys to the Kingdom… so many things have changed since we did this series on Disney Vacations a few years ago. We received such great feedback from it all, and recently received so many questions, that we thought it was time to update a few things from a parent-with-kids perspective.

We’ll be revamping some old points and covering aspects of a Disney Vacation in a series of different posts. So if you have any questions or know of something you’d like to see covered, be sure to leave it in the comment section below. We’d love to address them as we can in the upcoming series!

We’ve been twice with our family, and to be honest, this time it was a little more challenging. I think it was a lot of different elements, and a few of them we’ll-know-better-next-time kinda things. It was interesting, for sure. I think that every time is a different experience, and that’s the magic of Disney.

A little claim-to-fame nerd fact about moi in a nutshell: I worked at the The Magic Kingdom in college. I was there for an internship, and they even asked me to be “good friends” with Cinderella. But I had broken up with my own real-life prince charming {I know. You’re either gagging right now over the drama or laughing at the screen – I still do both} and I went home, instead. And the rest, is history. I guess you can say I knew what I wanted.

My point? I thought I knew the parks. This in no way qualified me, because then I had kids. And brought them here.

Jamin and me circa 2000: {Me rocking the Birks + him those tube socks, pre-breakup. He came down for a little visit} Then Circa 2011 {Our first trip with offspring} And last week. {Don’t blink. It’s blowing my mind and I’m twenty kinds of sentimental.}

We’re like a fine wine, no? Okay fine. I feel really old

Our kids were totally into the characters this time. I was under-prepared for meeting. All. The. Characters. Last time {ages 6, 4, + 2} They just kind of smiled and stared at the camera while I snapped a few pics. This time {8, 6, + 4} we had to get all of the autographs. And all of the pictures. With all of the princesses. Don’t let Aiden’s face fool you in these. He apparently  just doesn’t know how to smile, and I think he was just as excited as Emerson. The sad part? I still left some of the characters out. But I’m documenting it here. So you can appreciate all of our hard work.

This was hard work. If you’ve been there, you know. Admire it. Love it. Be happy looking at them.

A few things of note: 1. Doc McStuffins has amazing shoes. 2. Sofia kinda creeped me out (but her cartoon version does too- I have no idea why-maybe its the over the top makeup large head thing?) 3. Aiden said he doesn’t like Jasmin because she shows her belly button. 4. Jack Sparrow was in full-on character hilarious 5. Darth was so cool, and the kids were so excited, I could have cried. No judging. 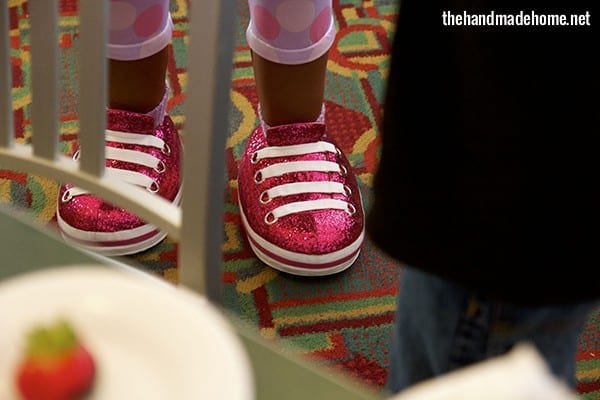 A lot of times, our photos ended up looking like this. Because if they had to wait in one more line they just. may. die. 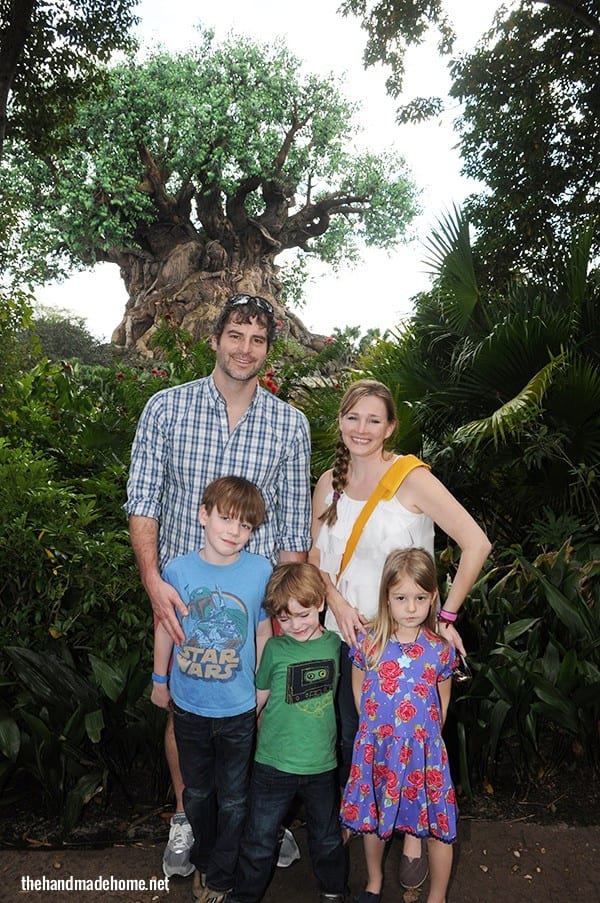 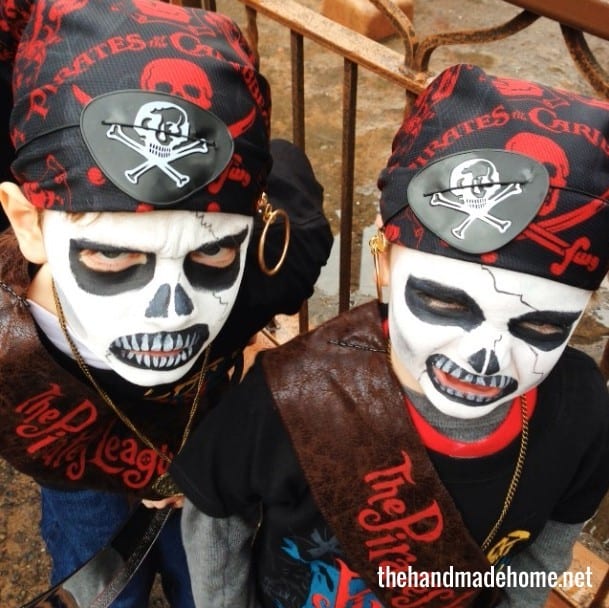 And can I just say that when the (usually agreeable, fairly quiet) 4 year old put on that makeup on the first day, it was the beginning of the end? He didn’t know what to do with A. The sugar. B. The excitement. C. The absolute overstimulation. Out of control, freakout hysteria ensued.

We were those people when he just took off into a cast-only area and we didn’t even realize it until someone brought him back. He wrestled out of our arms and threw himself into strangers. It was honestly so funny… I just kept saying it was memories. And laughing. While crying. Wondering what on earth was happening. And apologizing.

And then there were sweet moments – little reminders of why we were doing this. 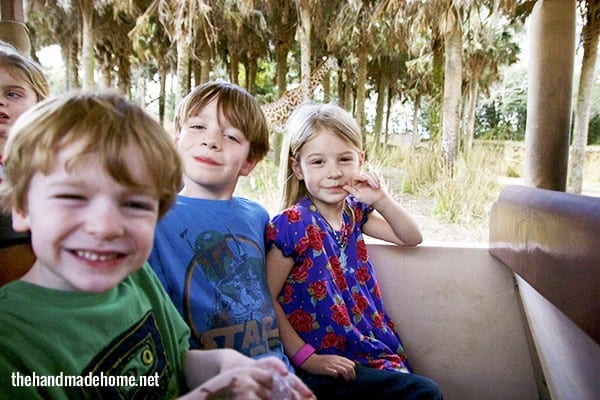 Moments like this, when Jamin made fun of the adults participating in Belle’s Story Time, until they called him to the front and he was “forced” to take part. Then he suddenly wanted to make sure I got his picture with Belle.

He was so excited. Bless it. 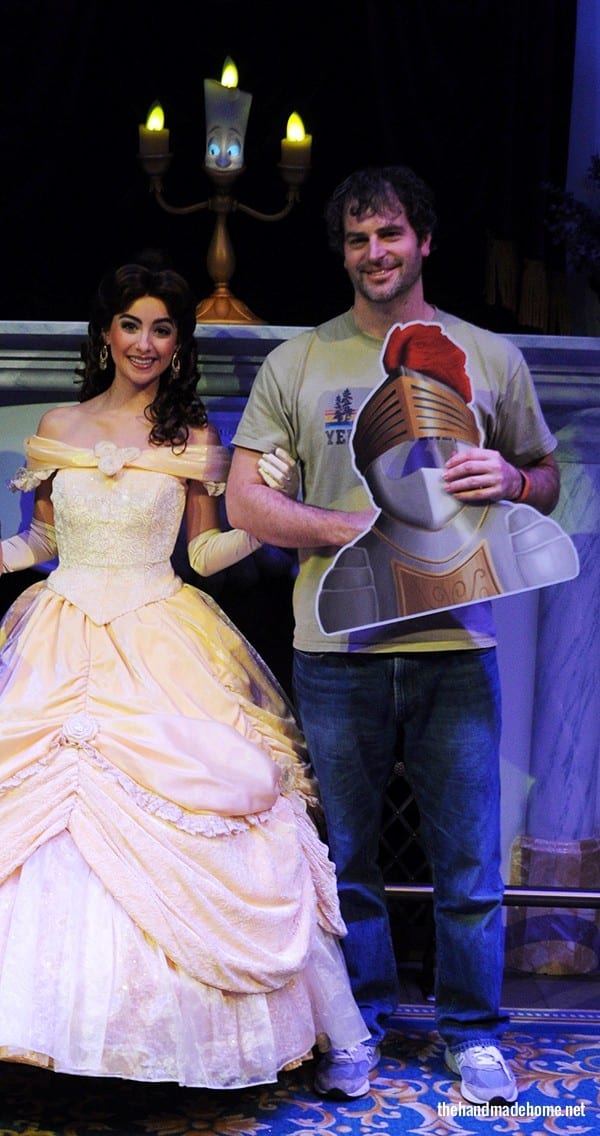 Or this. Snow White said she was familiar with the Auburn area, and may or may not have given us a “War Eagle.”

I always thought she was kind of a wimp with the apple thing, but I take it back. Snow White is our new favorite. 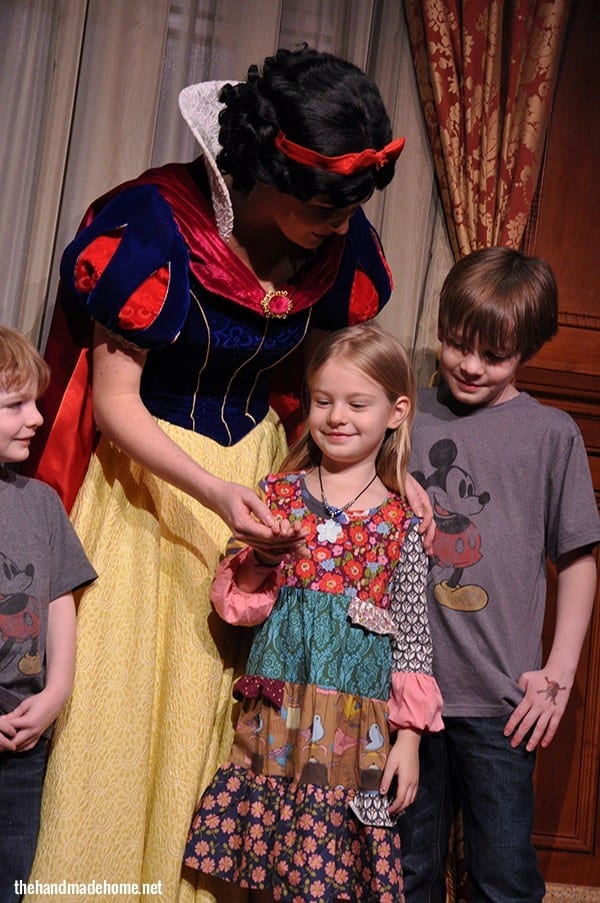 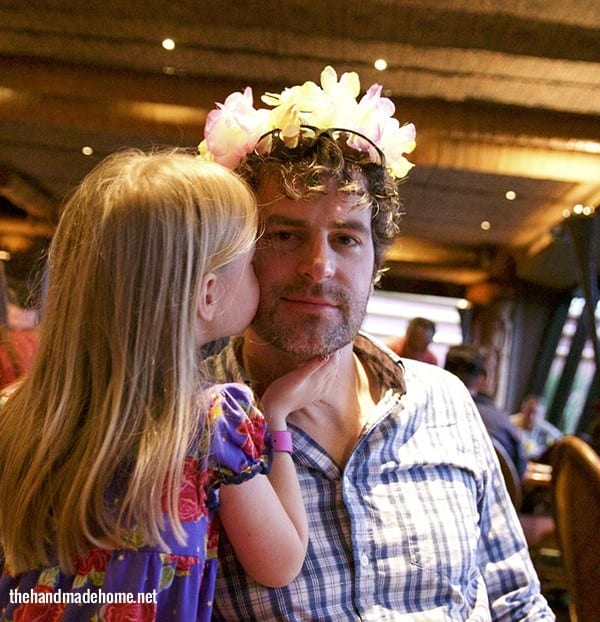 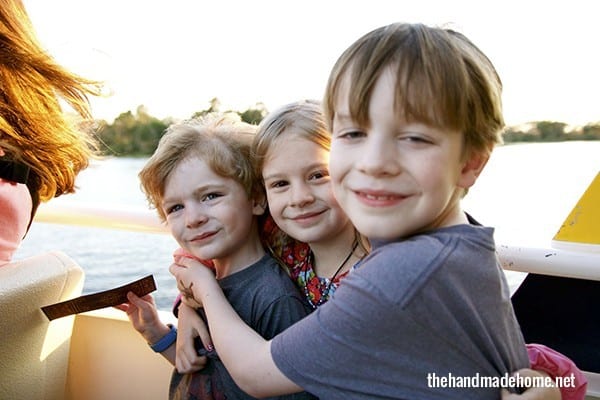 And then the rides: We were all acting like dorks but had no idea we were all doing the same thing. Good times. 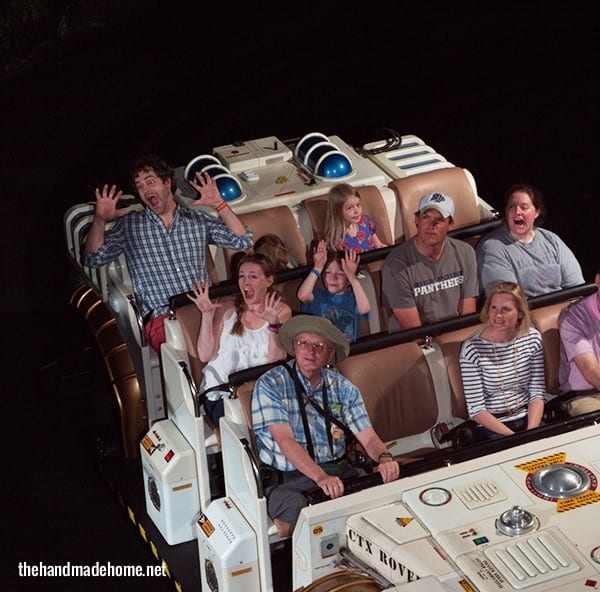 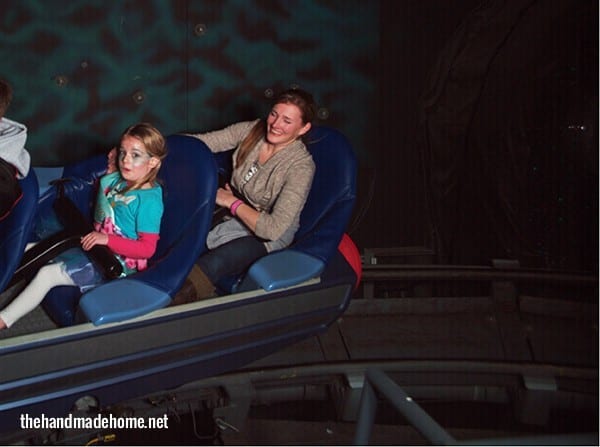 And I’ll never forget that moment where I realized I’m too old for this nonsense. 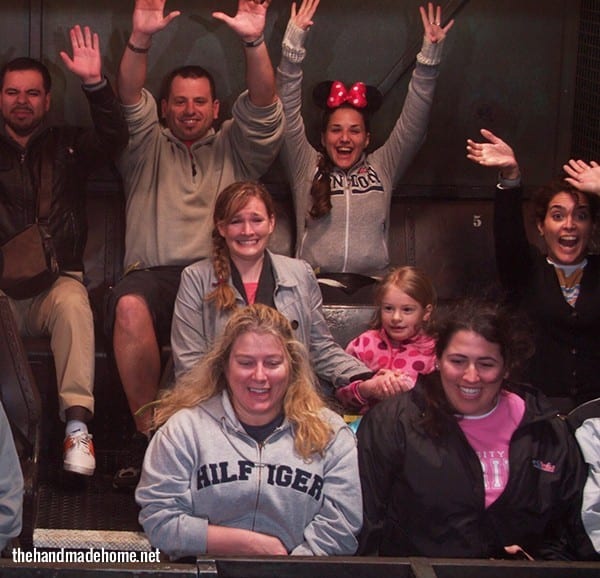 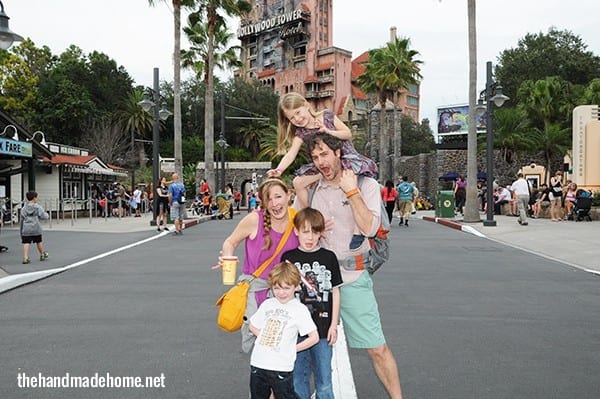 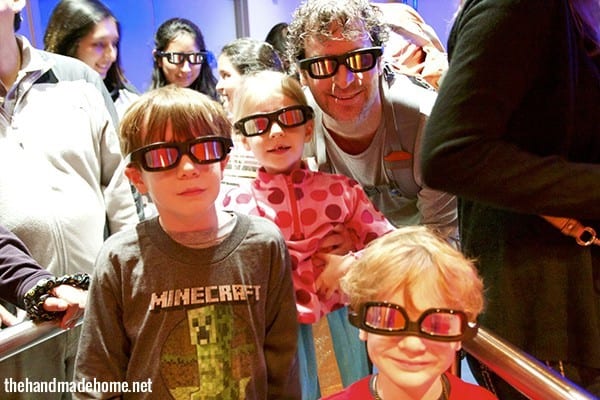 If we look completely spent, it’s because we were. 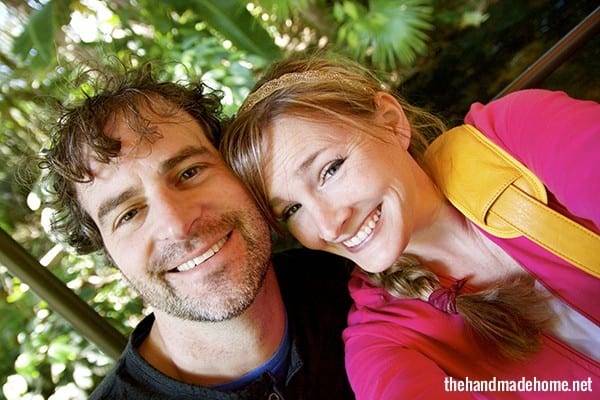 In the best possible way.

PS. Yes, I wore my hair in a braid nearly every day because I ran out of Moroccan Oil. It’s my post baby hair miracle product. And let’s be honest, I would probably do that anyway. Promise I washed it. Totally unrelated but the all-braids in all-the-pictures thing was bugging me. 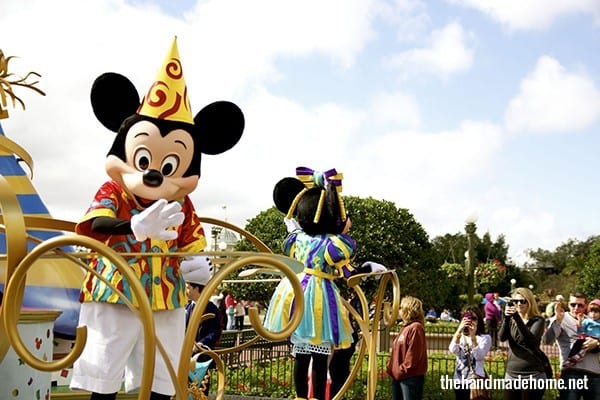 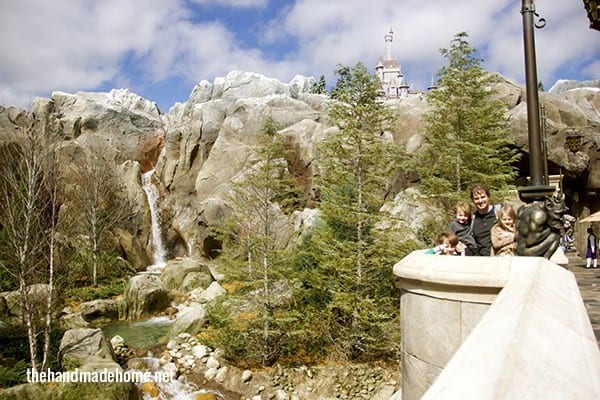 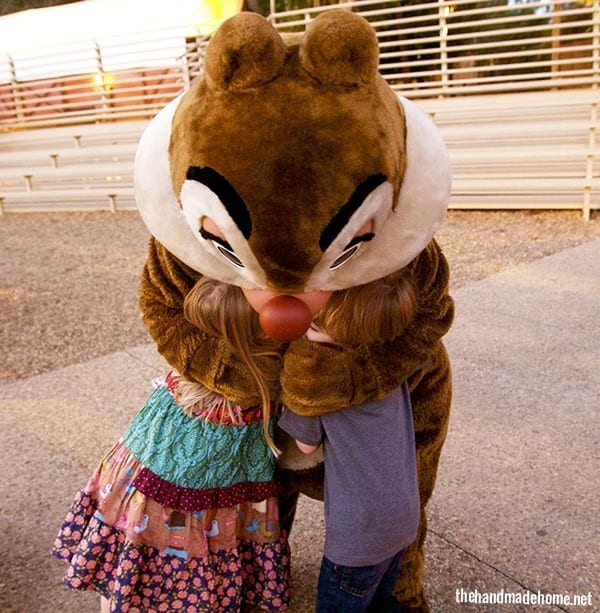 Memories to last and laugh at and relish for a lifetime. That’s why we do it. 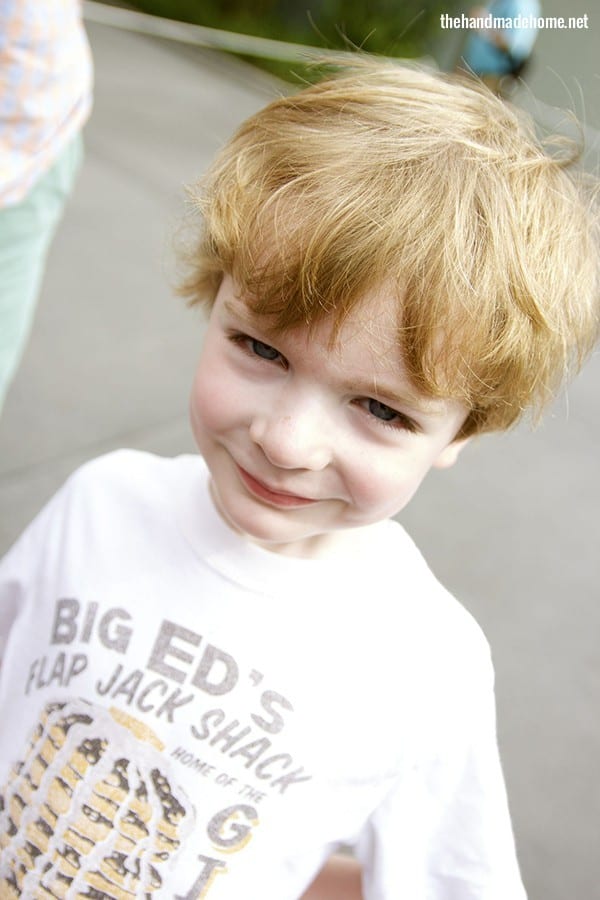 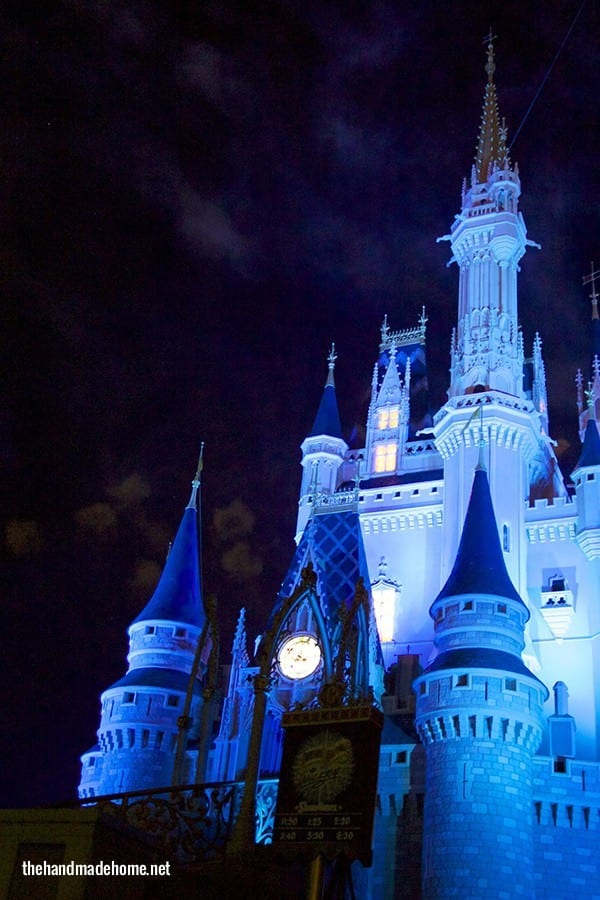 Because crazy crowds, a good dose of fun and Mickey-shaped ice cream is just good for the soul. 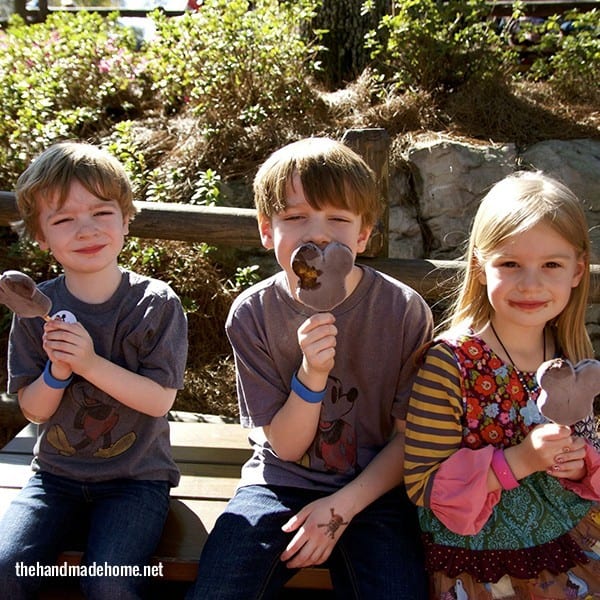 Thanks for letting me flood your computer screen with family photos under the guise of an upcoming series! Wasn’t that fun?

Seriously, we can’t wait to start our first {volume 2!} installment. If you hate Disney, no worries because we post often so we will have something fresh and totally non-mouse related the next day. But our hope is that it may help anyone in planning a trip.

So tell us your burning thoughts and questions + be sure to give us your input! Fire away. We’d love to include it… coming soon!

Have an inspired day, y’all!