You are here: Home / confessions / lessons learned in staying put

When are you guys moving?

It’s a harmless question I get from a lot of people on a regular basis. I’ve even heard it posed under the guise of now that our rooms are ‘finished’ {note the gigantic imaginary air quotes} it’s time to take flight. I don’t know if it’s our southern locale, or if it’s this way everywhere. But because of the stage of life we’re in, it’s assumed that we’ll be climbing to the next rung. That proverbial ladder of house ownership to the coveted fill-in-the-blank-square-footage-and-amazing-location-here.

I can’t imagine what it must feel like to be asked really personal questions I wouldn’t want to answer, like when-are-you-having-babies and other various whatnots. Because the subject matter of home ownership alone is a complicated one.

Uh, how much time do you have?  Is my would-be response. Because there isn’t one easy answer. I can explain to them the direct correlation between impeccable timing, money, savings, the market, our children’s ages, projects on the horizon and website content (yes, it is a factor-though obviously not the biggest one, something we must consider) should I keep going?

And then I stop.

Do not spoil what you have by desiring what you have not; but remember that what you now have now was once among the things you only hoped for –  via

Because A. It’s kinda complicated, B. They don’t really care, and C. I think it’s okay if I don’t really have an answer.

Two years ago, we put our house on the market. I announced it brazenly on our blog, and then a few short months later, we changed our minds. It was one of the best choices (though decidedly not so much on purpose and quite humbling at the time) we’ve ever made.

Those commercials of a well-known phone company on TV drive me nuts. You know the ones: The guy at a table with a bunch of small kids using ‘clever’ banter to rationalize that “Bigger is Better”. Cue me: fighting the strongest desire to claw my eyeballs out. For starters, they’re using the thoughts of children to try to bring it back around to network coverage (kind of a stretch). And secondly, we use them and I hardly ever have any coverage, so there’s that.

Every time that commercial airs (see: every other possible spot in football season) I kind of want to smash my fist into the screen. I’m level headed like that.

Some people look for a beautiful place. Others make a place beautiful. – via

We tend to buy into that, don’t we? That we need more. We have this insatiable appetite as a society for it. Bigger is not always better. We’re told by everyone around us from commercials to friends, to make the leap, get a home like fill-in-someone’s-name-here or make choices just like so-and-so because we’re “expected to”. It looks good. It’s a symbol of our status. And it’s all about the image, after all… right?

Let me make it clear when I say that there is absolutely nothing wrong with moving. Good grief, heaven help us… you have to do what’s right for you and your family. But there’s a problem when it’s for the wrong reasons. This is what we were playing with in our own lives, two years ago.

I’ve been guilty, in my younger years, of letting everyone else’s expectations intimidate me in the past… buying into the lies that infiltrate our lives. That I must have ‘more’, and I wonder how many other people have felt that “pressure”.

It’s taken me a while to learn that we’re on our own path.

Because it’s the only path to take.

No one is measuring you with a Mary Poppins yardstick.

In the same way, people aren’t judging me as much as I probably think they are. I’m pretty sure no one is really sitting back wondering why we haven’t moved yet, so when they ask the question, it’s just curious conversation. That’s totally fine.

I was surprised by the statistics that the average home in 1950 was around 1,000 sq. feet. In the 2000s the average home was around our size (2300)… People could afford more, and families began doing more. Whereas in the past, family units in general were much closer, now it’s not so much. And now the housing trend is going back to even smaller.

Here I was, complaining about how ‘small’ our home was, and we’re average. (Maybe not for our phase of life. We’re considering empty nesters and young couples with everyone else. So I feel like I should get a medal for staying in the same home for seven years with five people and a giant dog. Want to come to my award ceremony? Feel free to slap me.) But it’s the average in general. And I’m pretty sure that’s not worldwide. We won’t even touch the general concept of wealth and the fact that a majority of America is in the top tenth percentile.

Am I buying into the rat race? I’m not really sure who I’m running it with. Or why I even joined that race in the first place. 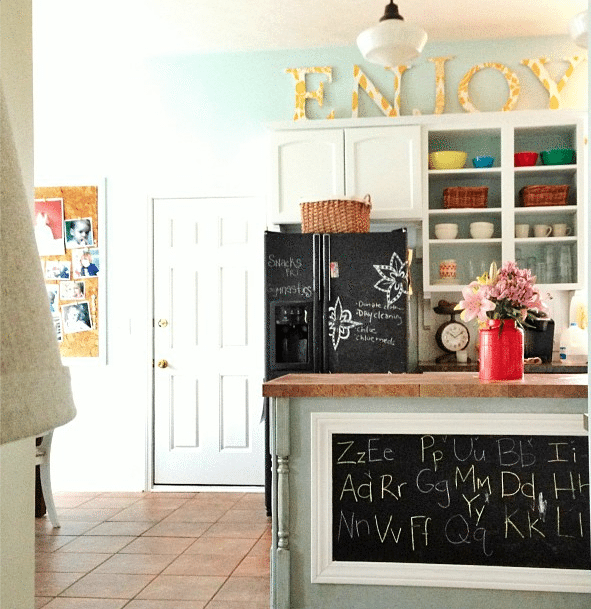 First. World. Problems. And it’s a sobering reminder of my own naive entitlement.

I can live in an all white minimalist concrete slab in Scandinavia or a McMansion in Texas. When it comes down to it, there is no sizing chart for measuring up. No one is standing next to me with a magical ruler. And if they are, they kind of need to get a life. It’s all about what works for us, and it’s all about our attitude.

Staying here has been a serious readjustment for me, and it has nothing to do with the size of our house, but what fits right for us, and our family. 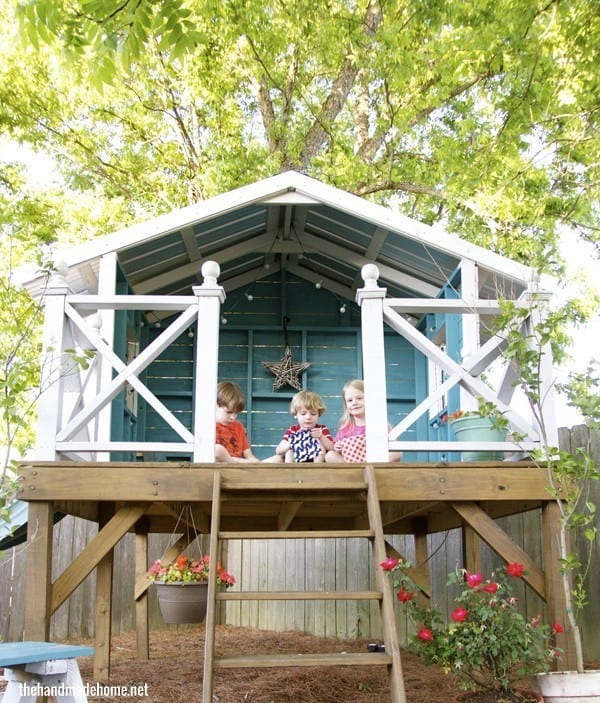 Staying in our space, we decided to look for solutions in our home. We were under the illusion that we needed more space because we had more things, and when we cut back, it challenged us. We rose to meet that challenge, by purging our home and organizing our spaces to really work for us. We learned more about ourselves than we ever imagined.

It was a lifestyle change, and I’m not sure I would have taken the time to make that happen, had we made the leap to the “next big thing.” I know myself. And I know it would have been all about other stuff. Not cutting back and living with less clutter. It would have been about the acquirement of more.

I simply wasn’t in a place where I was ready, until we reassessed our lives and looked at our goals and vision as a family. 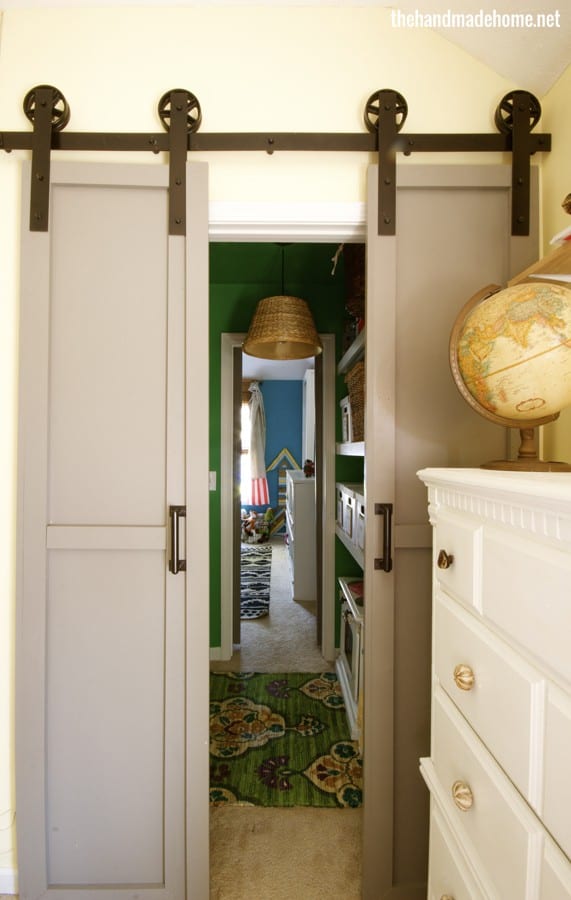 Along the same lines…we use our entire home. All of it. All. Of. The. Rooms. It’s a process, and we’re still getting there, but we truly do. From the closets, to the home school room, to the porch that we turned into a studio, to an outdoor space (which truly argues the case of doing that first for the sheer bonus of making your home feel larger and I have no idea why we waited so long).

We probably purged our home of at least 50% of our belongings. And we utilized 3 more spaces (not counting storage, like closets) in the meantime. We’ve learned what it means to use systems that truly work for us… How sad if we’d missed out on that opportunity.

The lessons learned in that are invaluable. 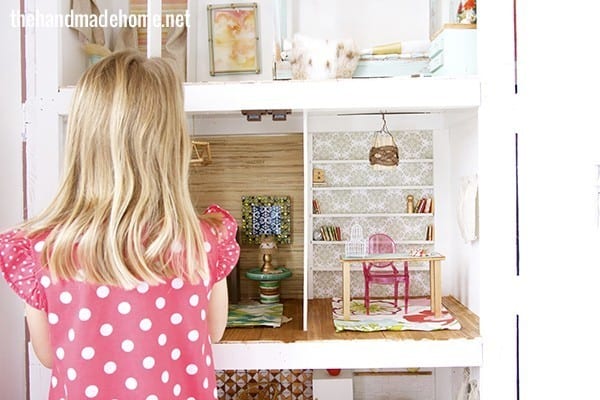 It’s of the essence. And I don’t know where we would be in our life right now if we’d moved two years ago.

But I know where we are right now.

I know that our family was headed down a path I didn’t like… with limited time, lots of stress, and less funds. And we were ready to enter our income into some random mortgage calculator to see what the most home was that we could afford. Looking back, that just doesn’t feel right to me. It never did. We weren’t ready to just… accept that.

Again, it’s a completely different situation for everyone.

This is the lifestyle choice we made for us. And we’re just grateful. For every little bit of it. 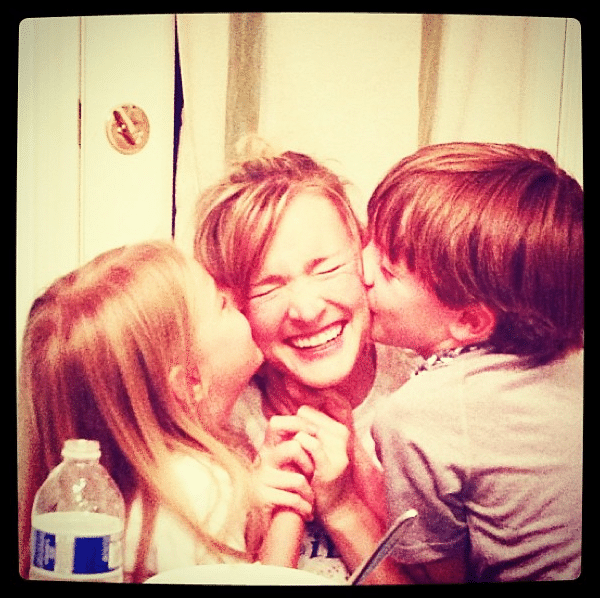 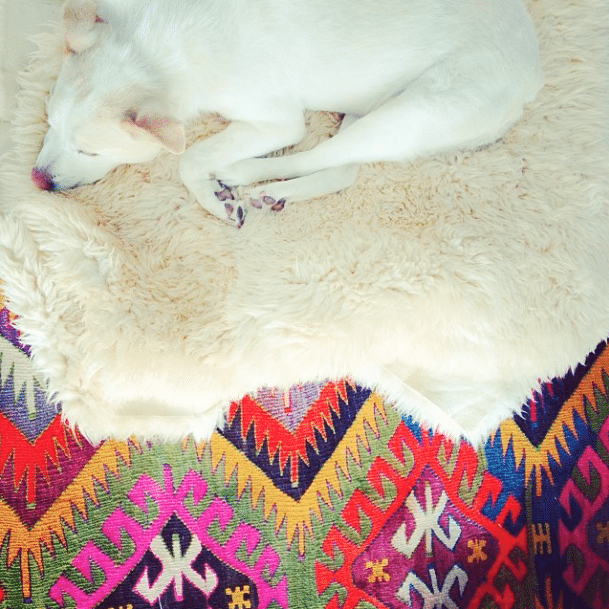 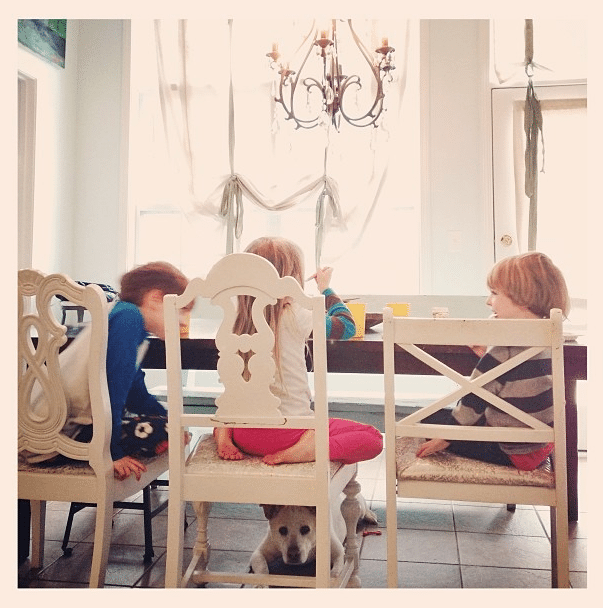 Each home comes with its own set of memories. We will make them no matter where we go. But I know that if we’d moved two years ago, maybe I wouldn’t have so much time to spend with my children.

We probably wouldn’t have taken the silly amount of time that we did to decorate the inside of a dollhouse with Emerson. Maybe we wouldn’t play dress up, or build forts or have dance parties and sing at the top of our lungs to Frozen and Wrecking Ball. (Wait… what? Jk. Only alone in the car-guilty pleasure.)

I realize that where we live – our home is not dependent on that. But I know first hand that the memories made here in this home, have been perfect for us, even in the mostly imperfect moments. Life with kids can be crazy. And we will cherish them forever.

And no thing can ever replace it. 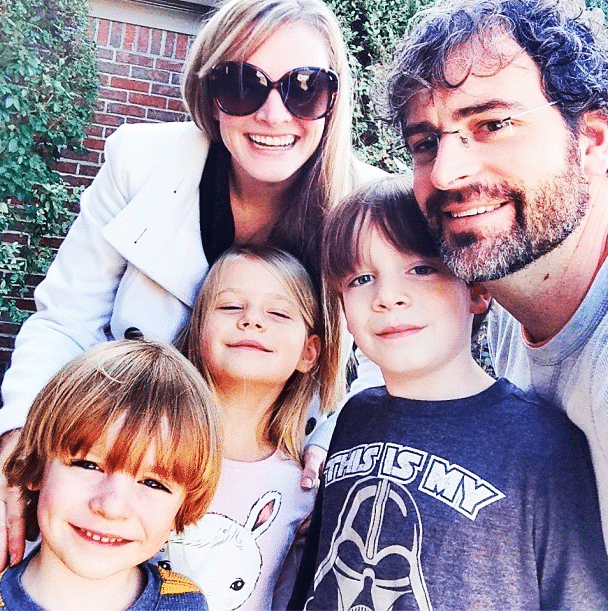 So when will we move?

I don’t know. But just like parenting, just like school, just like our phase in life, I know it’s right for where we are, on our own path right now. We’re so grateful for the invaluable lessons learned.

And that’s all that matters.

{these photos are by the incredible @lightbyiris -

Sharing our favorite uses for the fabulous @frogta