You are here: Home / confessions / lost my marbles

Remember in Hook when Tootles lost his marbles? The one where Robin Williams and the Lost Boys are pretend food fighting and then suddenly there’s all this icing and it was so colorful and fun you wanted to beg your mom for a double doozie from the cookie store after the movie? Anyone? Just me? Bueller? RUF-I-O!

I’ve lost my marbles. Except they were my wedding rings, and I lost them three months ago.

It was the beginning of fall. I put them down, never to pick them back up again. I even casually announced it to a friend, who genuinely seemed concerned for said rings’ wellbeing. Did I panic? No. At least not at first. It actually happens to me often. I wasn’t at the stage of tearing the house apart. Yet. 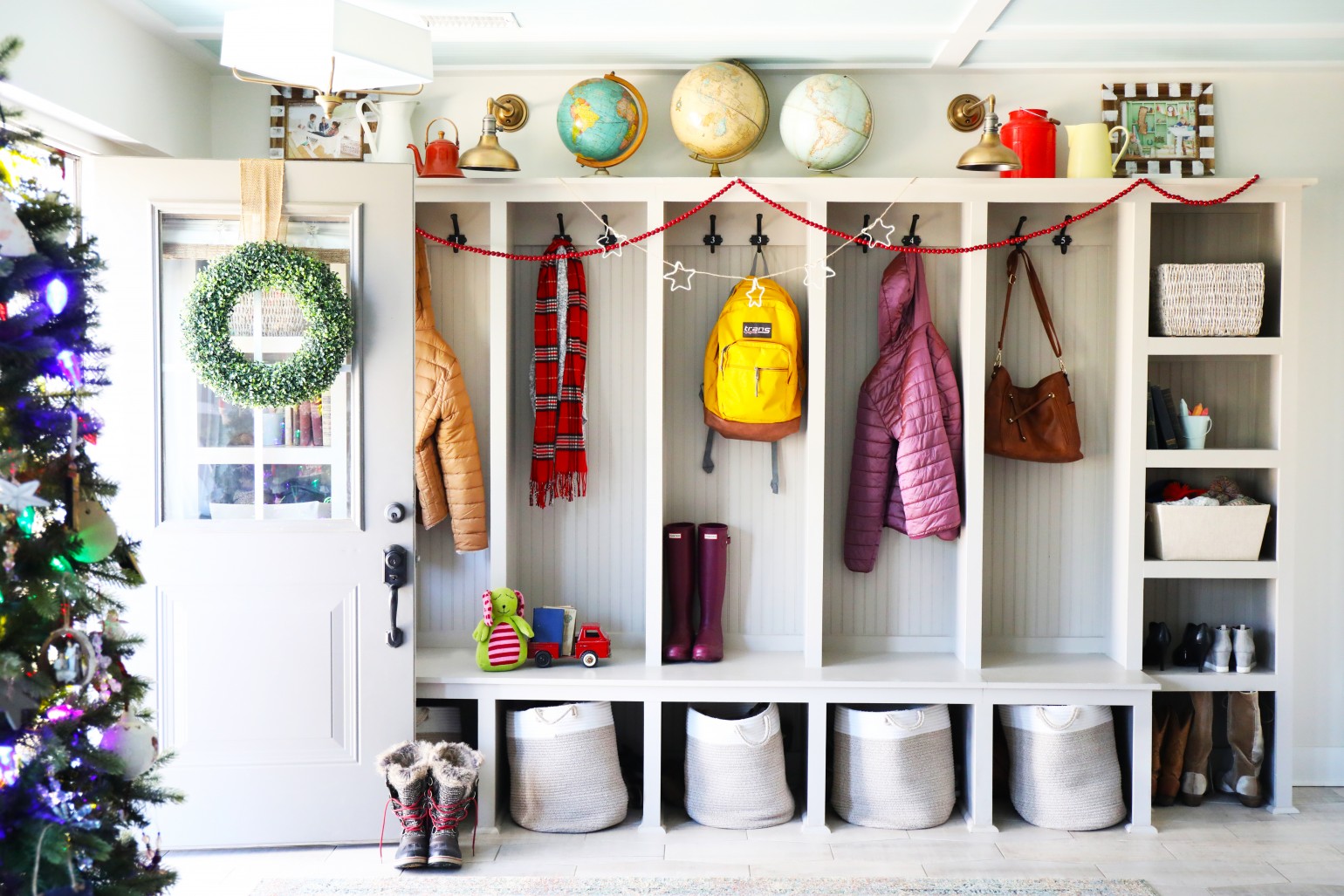 I knew they would reappear. It happens to me sometimes with a. my rings b. my phone {found immediately because icloud} c. my coffee. The amount of stress I’m experiencing, directly correlates to how many times said items are missing in a singular day or a period of time.

For instance, on a big deadline, I’ll find a couple of half-abandoned coffee cups lying around the house throughout the week. Only to rediscover them right where I left them, because it made perfect sense at the time. Atop the kids chest of drawers while I helped them get ready for school. On the day bed in the back room when I let the dogs out.

Bonus points for discovering a full cup in the microwave where good intentions were left to die.

My rings are always missing, because I’m constantly working with my hands. The diamond is so HUGELY big, it totally gets in the way. JK. It’s just set high and it’s constantly falling over on my fingers and it makes them feel weighed down. So I’m always taking them off to type. To paint. To wash things.

And then I forget where I’ve put them. 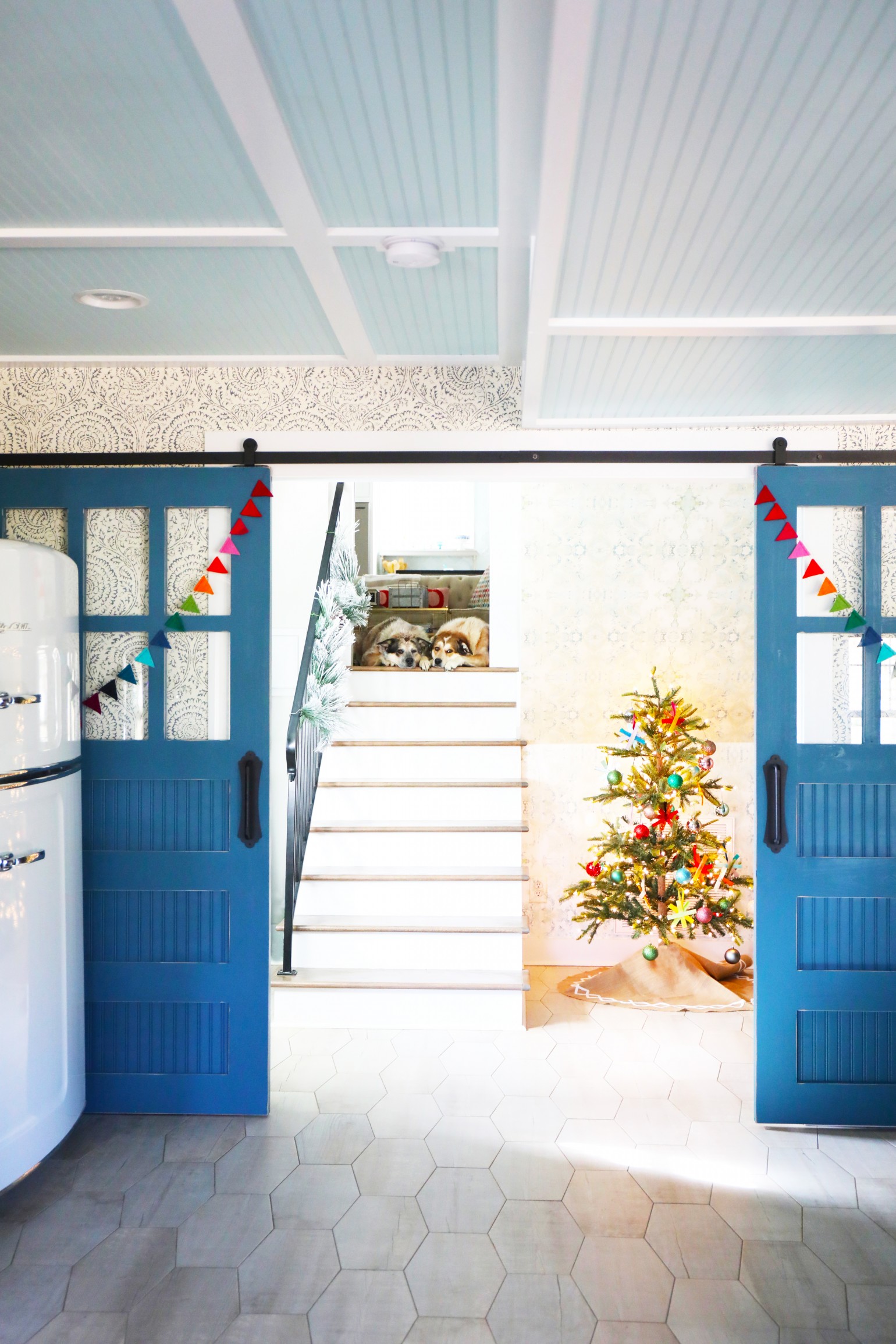 No big deal until a few months pass and I wake up in the middle of the night, convinced I left them in the console of our car when they were hurting my fingers that time, and I definitely forgot about them. We just got the oil refilled and the tires realigned. Therefore, someone’s girlfriend is definitely being proposed to under the Christmas tree with my rings and I’m totally jumping to conclusions with made up scenarios because apparently I’m reigning Queen Supreme Anxiety McJudgy Pants Insomniac.

But the lost items are a real indicator that it’s time for a fancy holiday meltdown, just like I do every year. Except with glitter. And a side of Covid anxiety, fueled by the pure dumpster fire that has been 2020, so good times. My meltdown will not be a public one in which I flail about uncontrollably in Costco and everyone calls me Karen. I don’t want to be on CNN. My meltdown looks just like collapsing completely into my pajamas, unable to leave them for two weeks. Whilst eating Peppermint Joe Joe’s with a side of lots of movies and a nice dose of STOP BOTHERING ME my BRAIN HAS SHUT DOWN.

2020 has demanded we pivot so many times as humans, parents, friends, family, and a small business… we. are. exhausted.

So it’s that time of year again. Where I lose my wedding rings and coffee and I scramble a little. On the bright side, there is a little less nonsense this year, so I’ll take it. 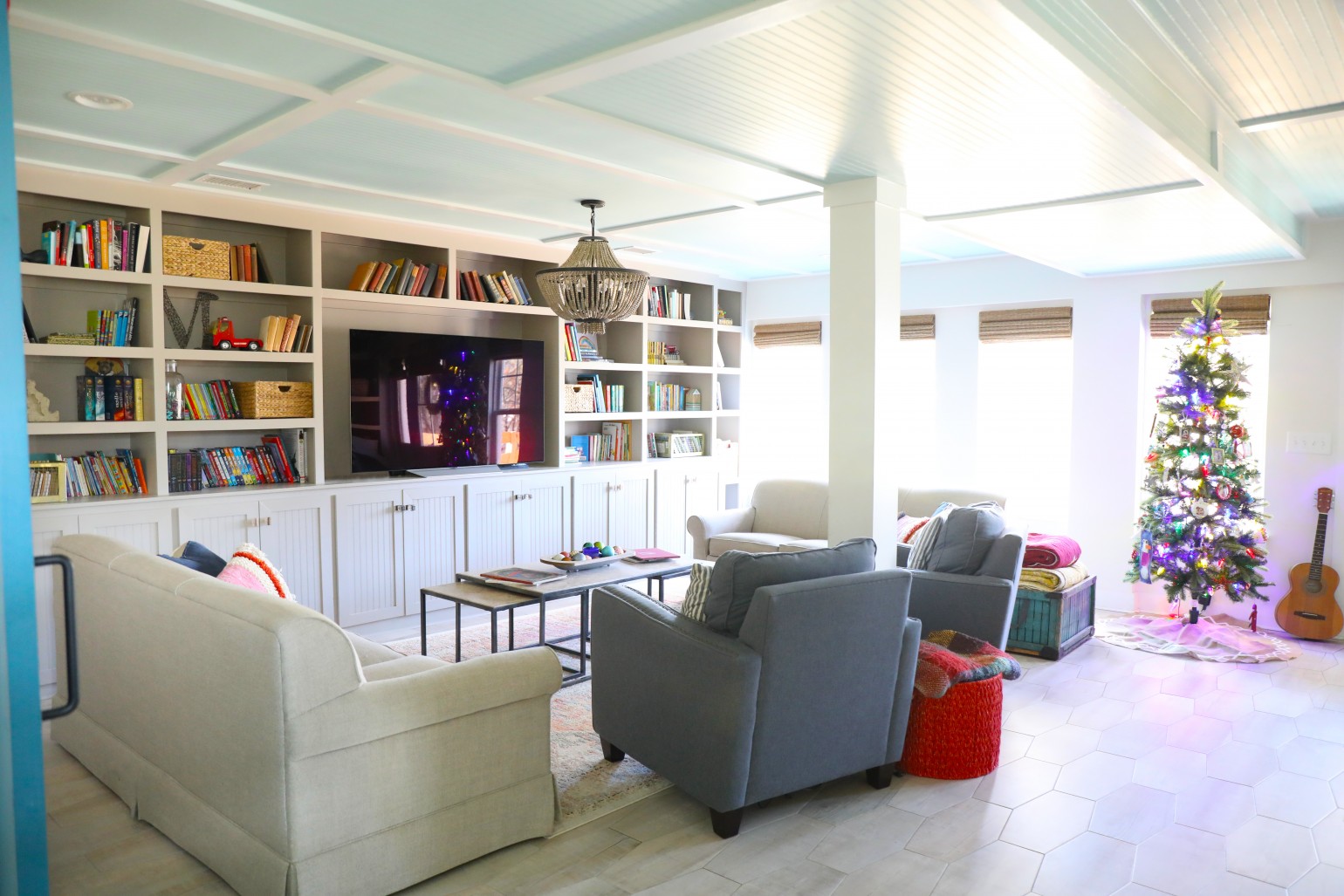 We won’t be expected to gather at school plays, while we watch Deb save all the places on the front because she volunteered and is also clearly better at mom-ing than us so she showed up three hours earlier because she’s in charge. Add to the stars in her crown the title of HOA + PTA prezzy {even though there is no HOA} and the rest of us are obvi uncaring plebeians, relegated to the bleachers.

I also can’t volunteer for the class party with Jill, who demands I make juice box robots because she saw it on Pinterest. When I say I’ll just bring juice boxes because boundaries, she goes to far as to ask me for materials, so that she can make the robots. Fine, Jill. Die on that hill. Also, that’s kinda weird so buy your own supplies. Thanks. 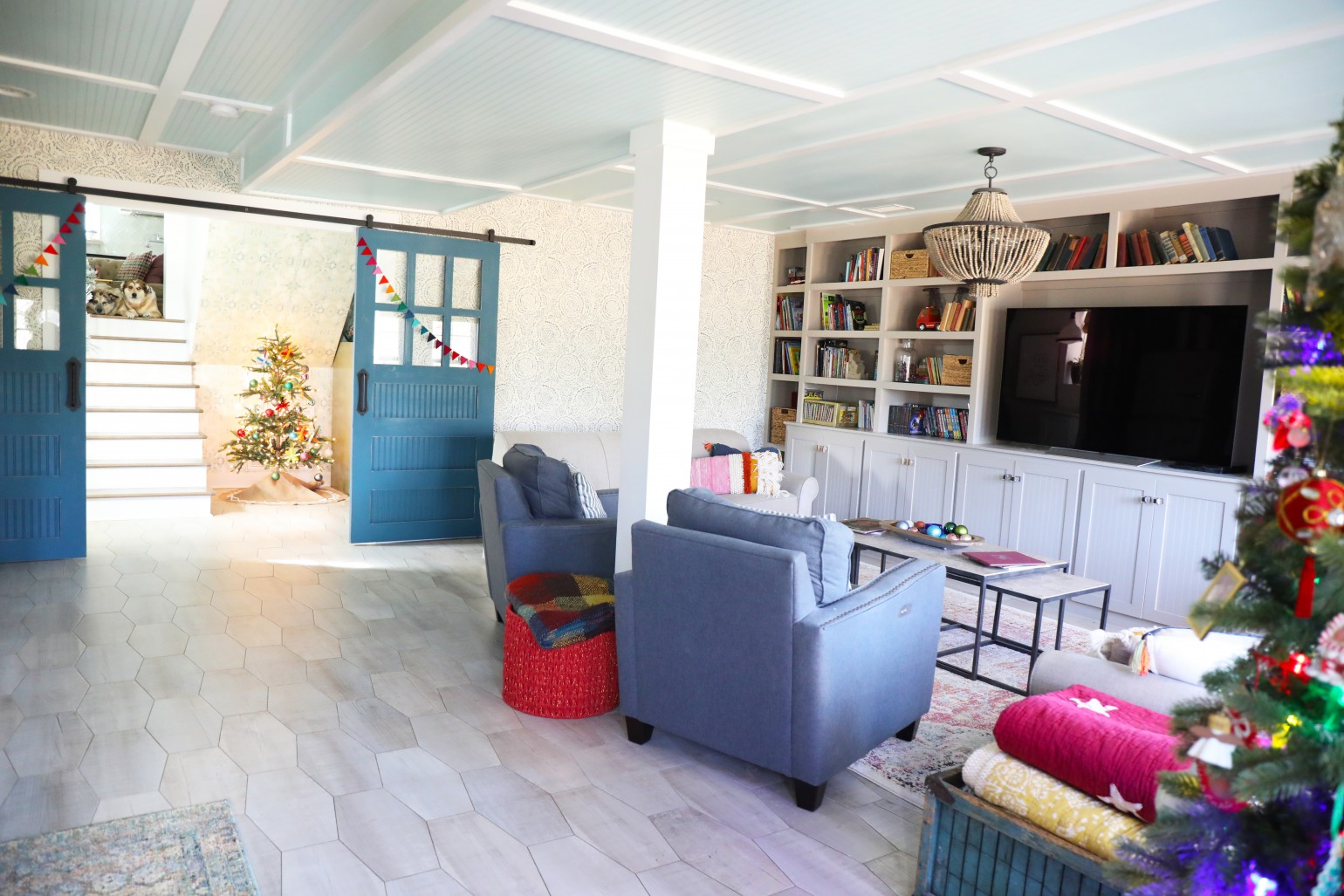 I’ll just compensate by signing up for the Chic-Fil-A minis section, to ease my conscience. We now have almost 18,000 CFA points- it’s a game we play with our friends, because we will never redeem them. EVER. And apparently cholesterol or obesity weren’t concerns for us in the apocalypse. Just eating our feelings.

We’ll save our points for the end of the world when we get the ‘Rona vaccines. You can find us at the drive thru like that opening scene from World War Z. I’m happy to escape with Brad Pitt if I can just get my order to go real quick thankyouverymuch.

So even though I can’t keep up with the demands, deadlines, requests, Christmas lists, good causes and sponsorships, dress up days, and schedules… there are some good points to this year. It’s kind of an introvert’s dream. I’m hoping the slower days look like the beginning of Rhona, but happier. You know. Less fear or impending doom and guilt-laden obligation. More Tiger King with stimulus checks and tinsel.

Therefore, I’ve scheduled out a whole meltdown in which I won’t shower for several days or leave my pajamas because I CAN. 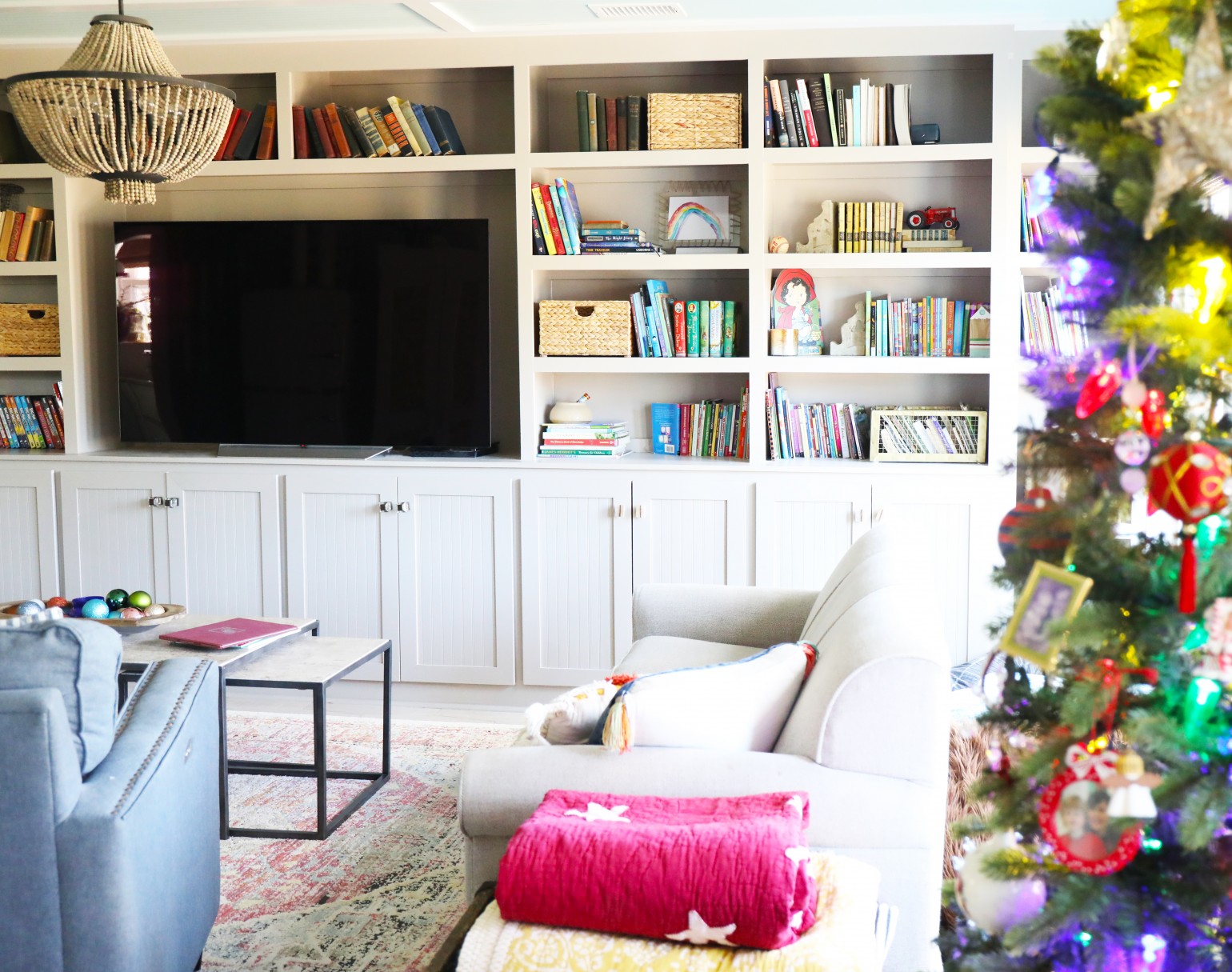 I can see the finish line. I’m not sure things are all that fab on the other side of 2020, but I can see it, and I’m hoping for the best.

So, I thought my wedding rings were lost until Jamin retrieved them from the bookshelf last week. He handed them to me, mid-sentence, out of nowhere. We were just standing in my office when he spied them, saying he should have proposed all over again.

“I remember putting them there!” I exclaimed excitedly while they glittered in my hand. Once upon a time, I was totally a lost girl. Now I’m Tootles when he shakes the marbles out into his hand, and starts flying into the air.

I can totally relate. Bless.

So here’s to all the Tootles out there. And Debs.
Except you, Jill. Go make those robot juice boxes, Jill. Tick tock.

And to all a good night.

May we all get a little rest, and a little peace. Looking forward to my {fiftieth?} scheduled meltdown for 2020. You’re not alone.

I totally lost my marbles.