You are here: Home / DIY Projects / make your own pom pom basket

We loved revealing the pool room addition these past few weeks, and one of our favorite elements are the handmade ideas that we brought into the space. We decided to embellish these plain jane baskets to bring in a lot of character and a little more color, and the best way to do that, is through pom poms! 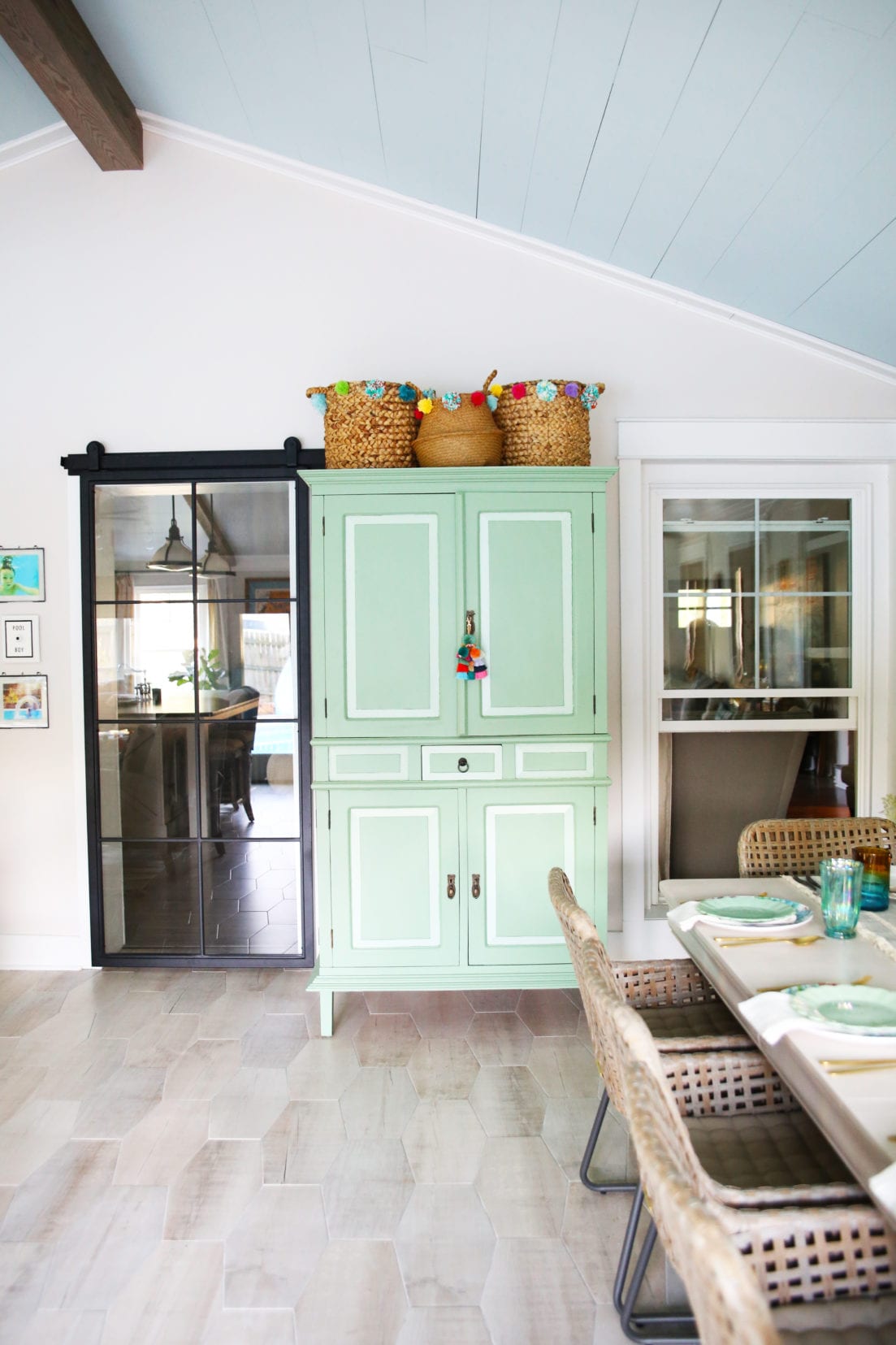 Round up your supplies, and you’re ready to begin making your pom pom baskets! 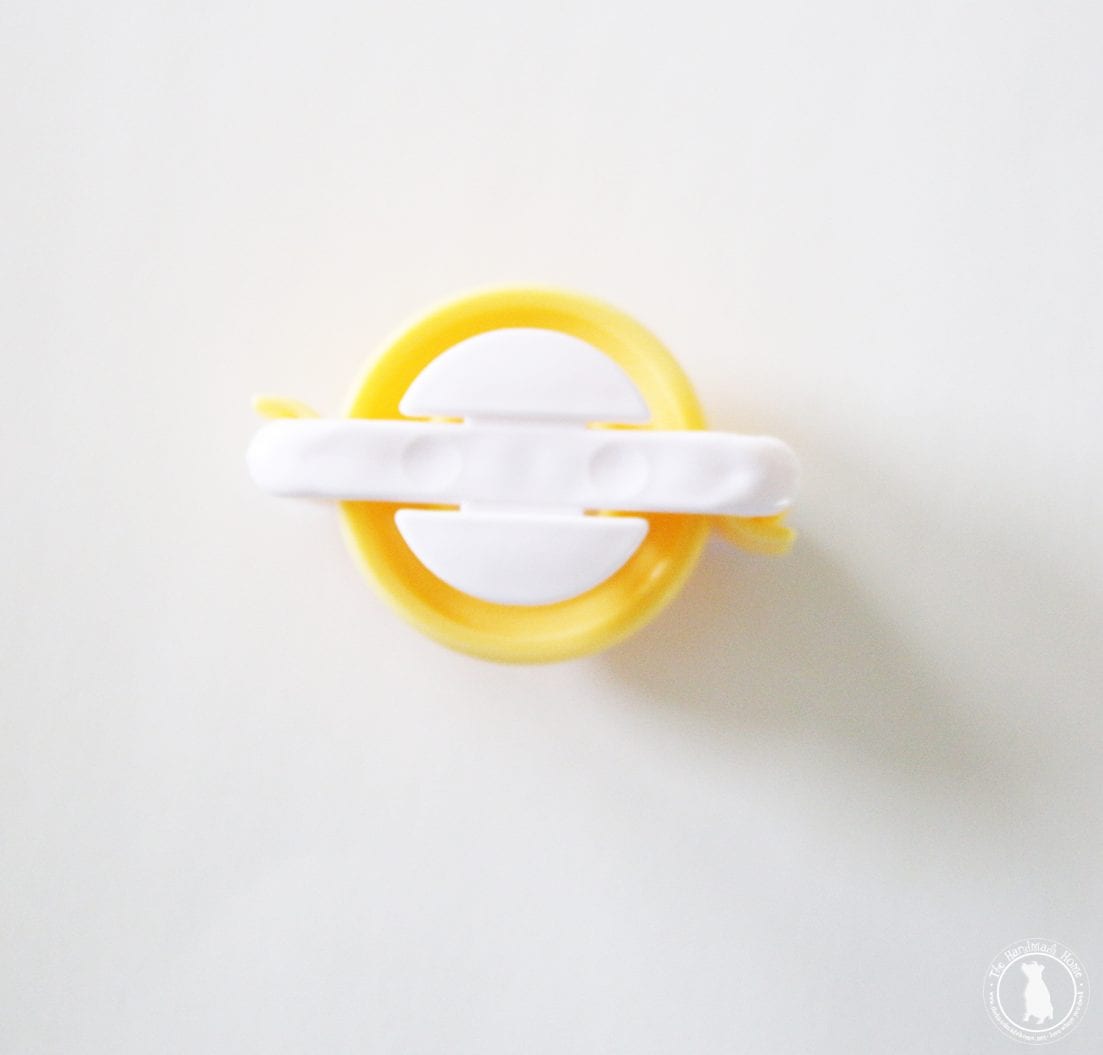 Take your pom pom maker {they come in four different sizes, so you can mix and match as you go} and open it up. There are two sides that hinge, making 4 c-shaped sides, total. It also snaps together in the center, so you’ll have it snapped together, with the sides opened as shown below. 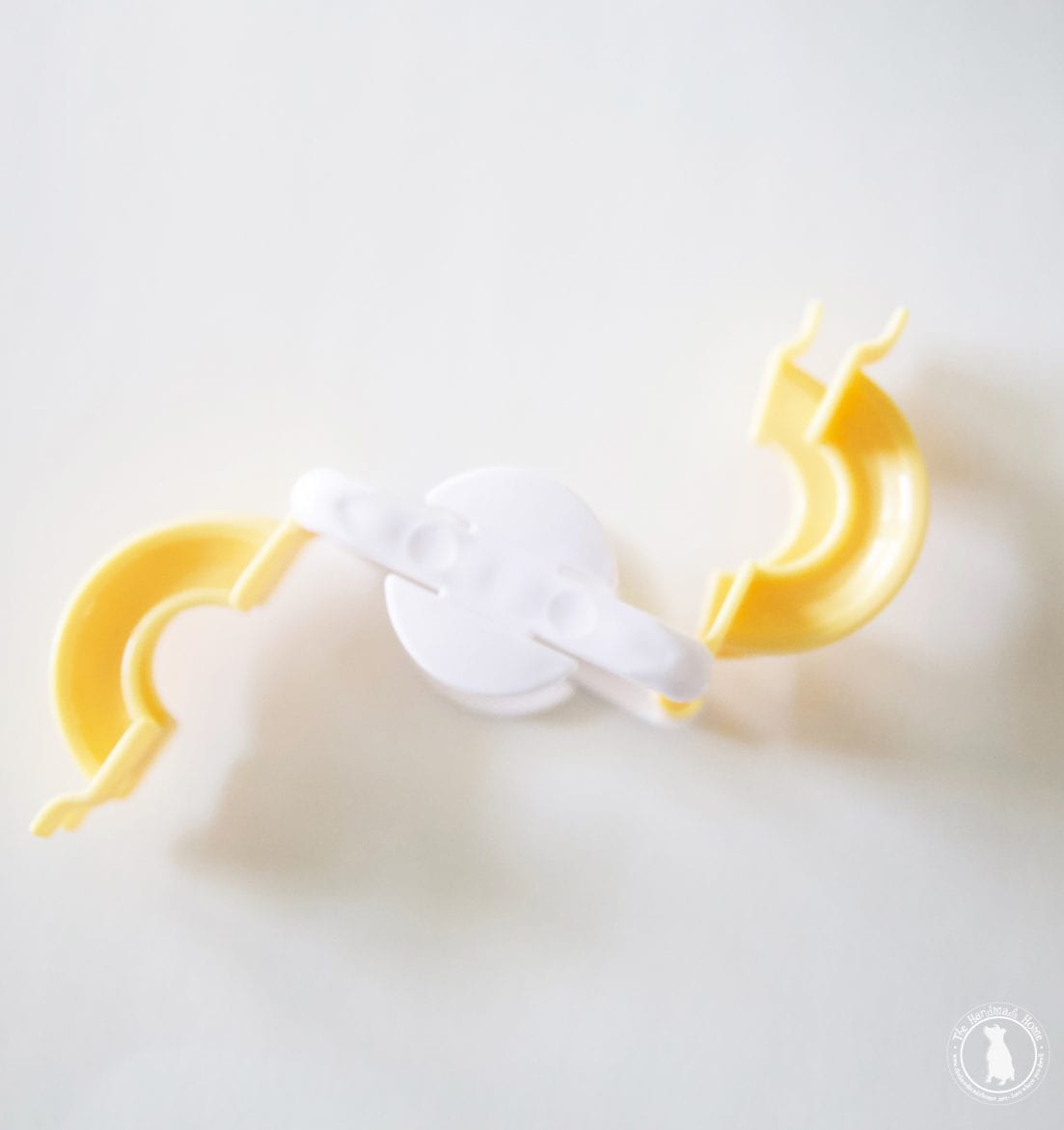 Taking the yarn of your choice, wrap it on the first part of you “c” that the pom pom maker makes when it’s open. {That will be two sides}. 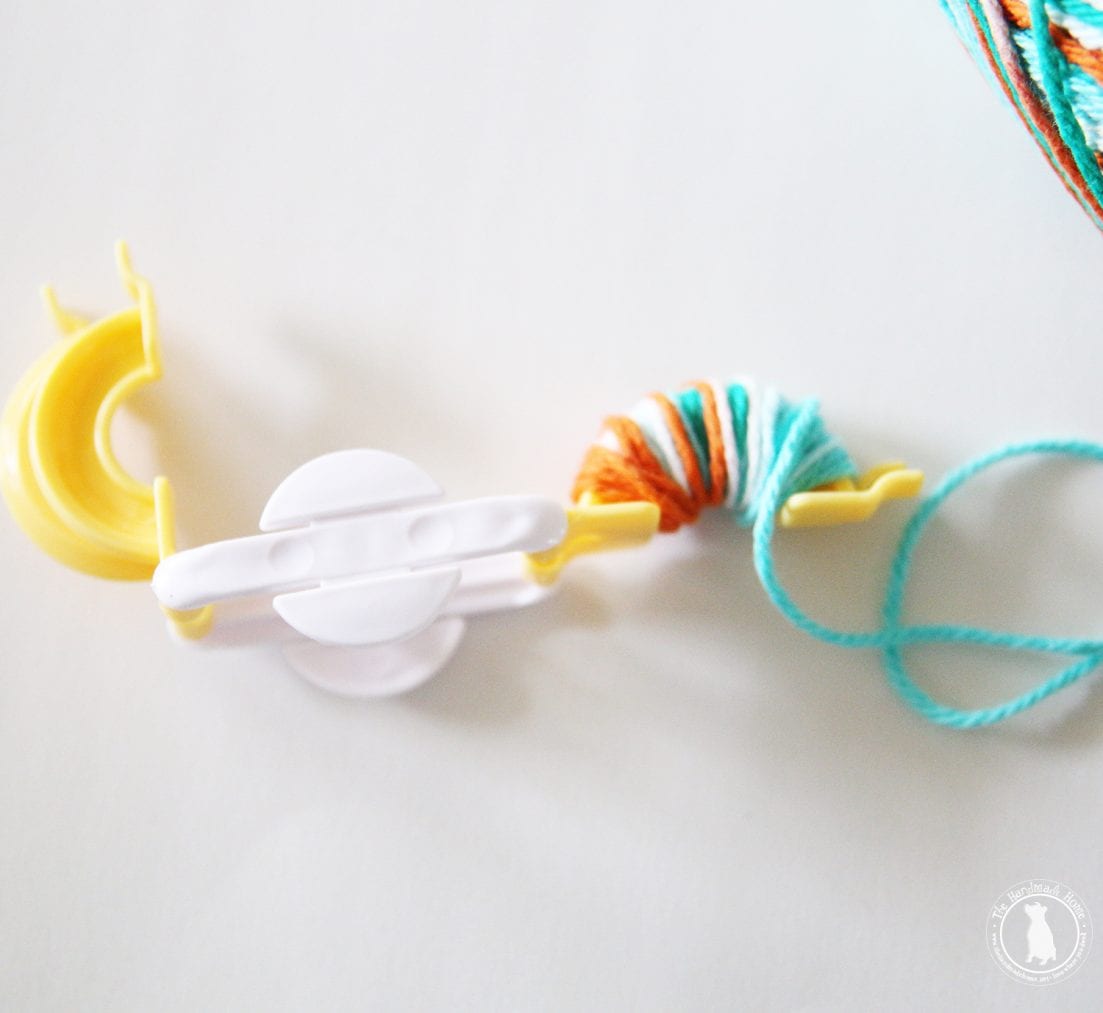 When that’s complete, turn the pom pom maker around, and keep going on the opposite side. 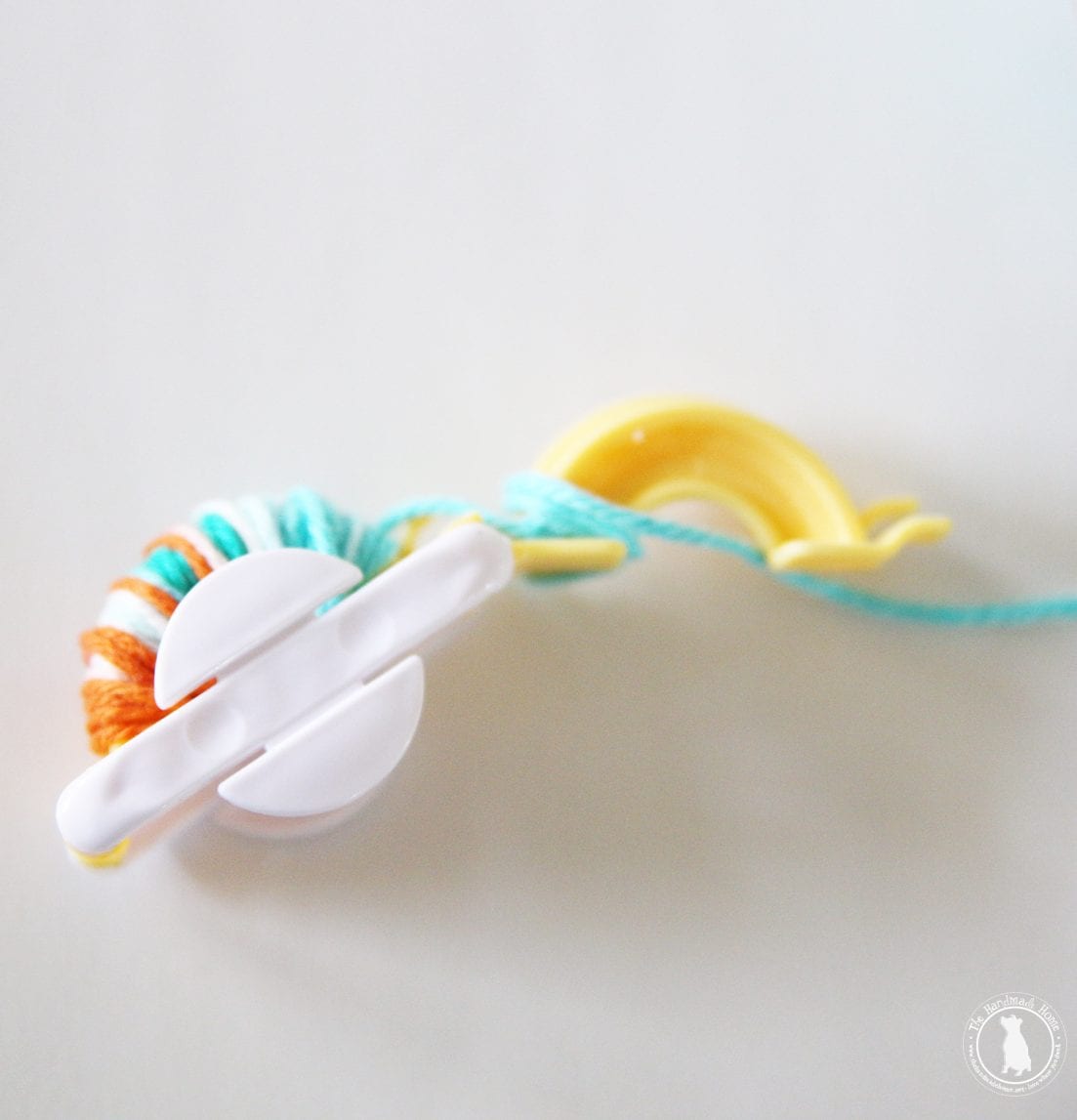 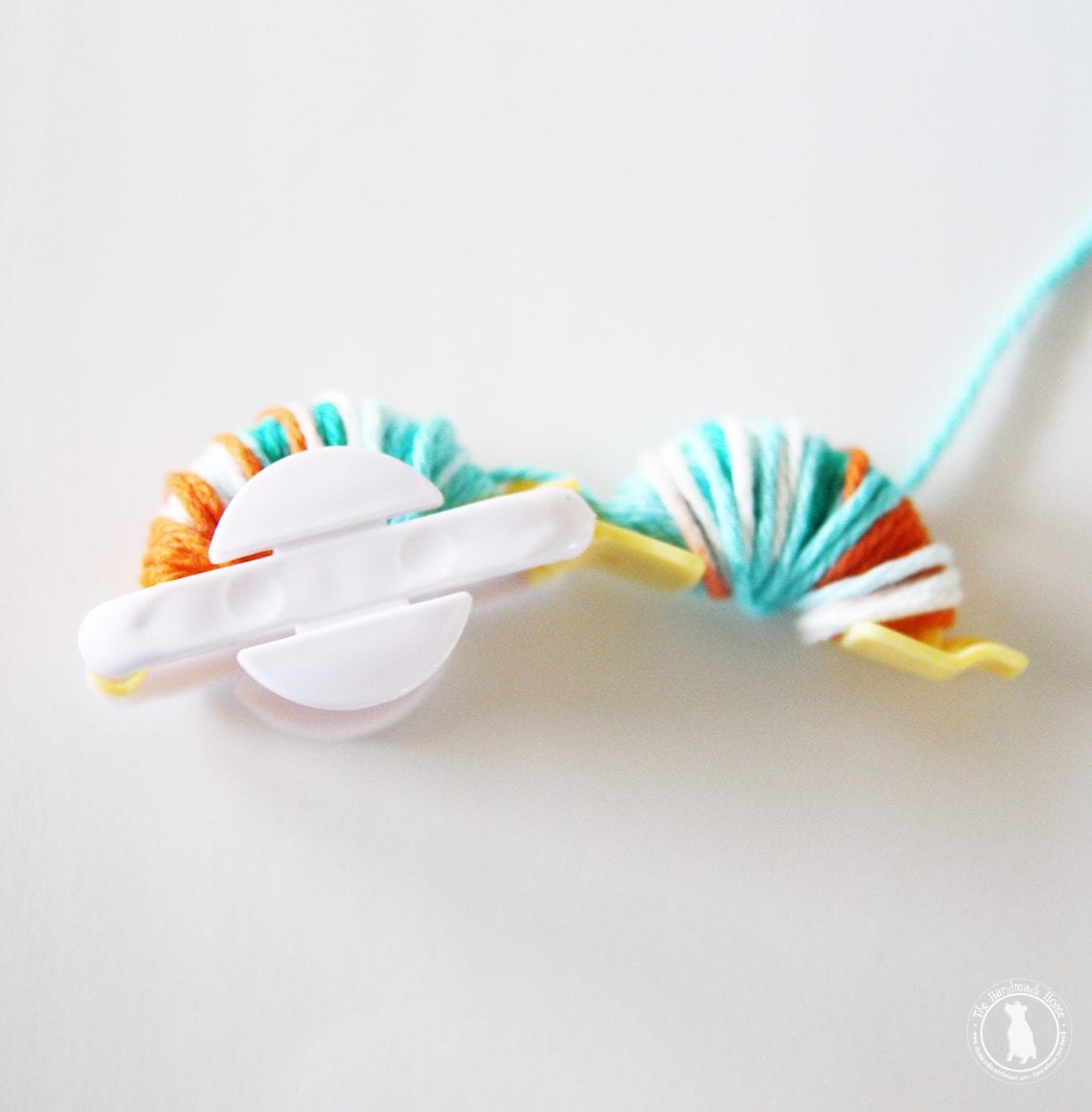 Following the C-shape on the circle, gently cut it lose, so that it looks like below. 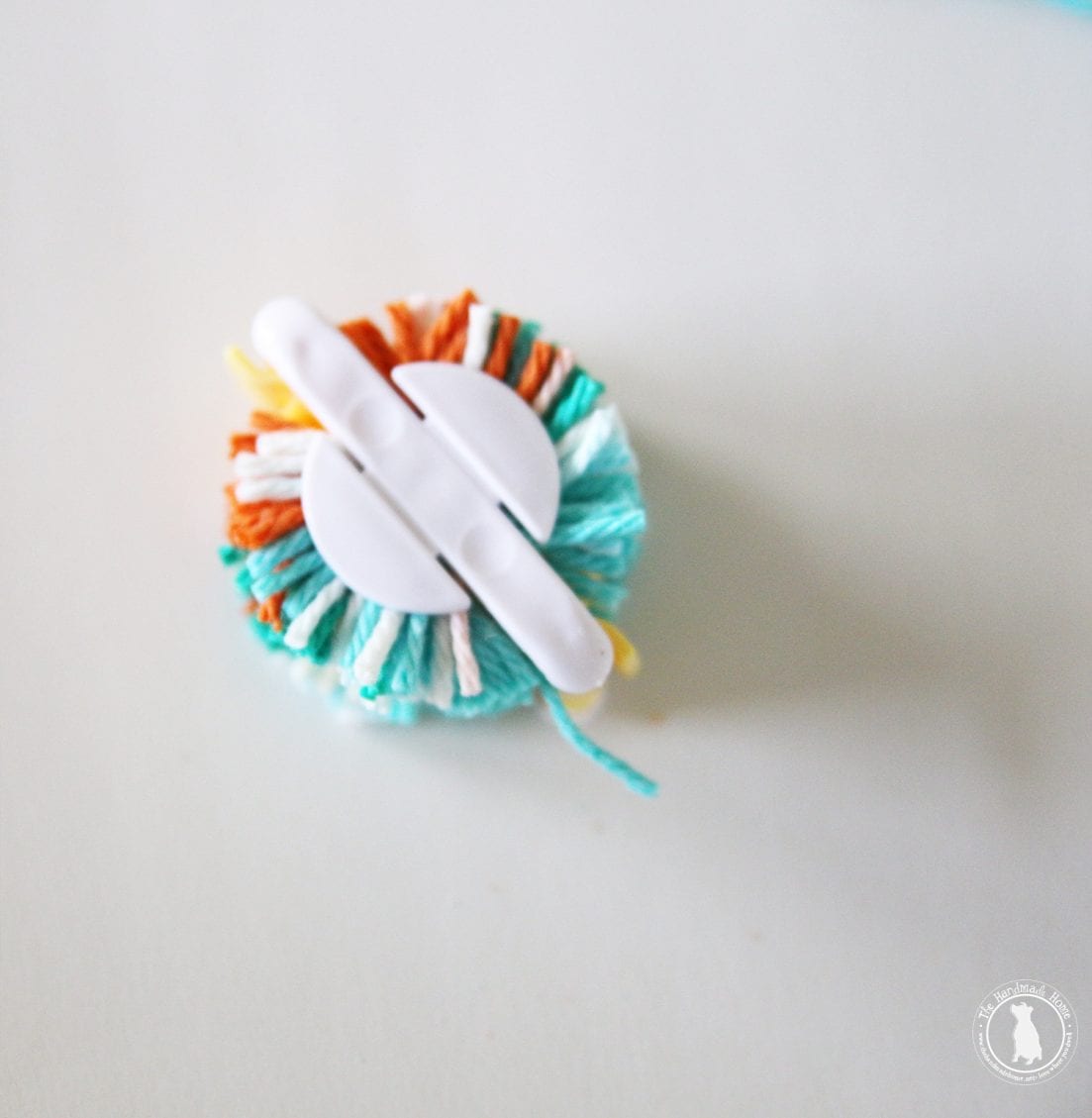 While it’s still together, take an extra piece of yarn, and tie it. This will be what secures your pom pom. 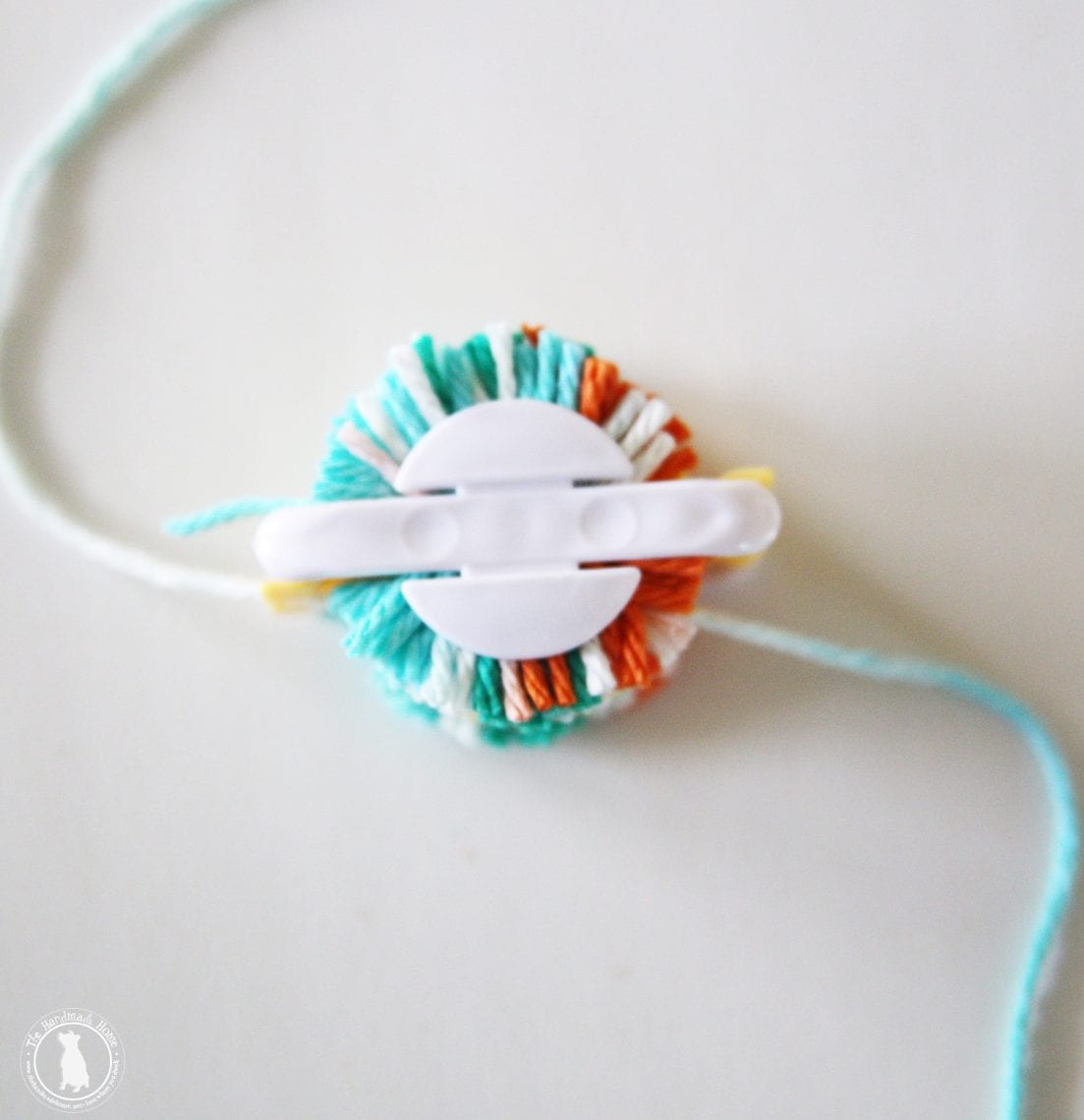 Open the hinges back up, and it should look like this. Then, pull it apart from the center part, and you’ll have your pom pom! 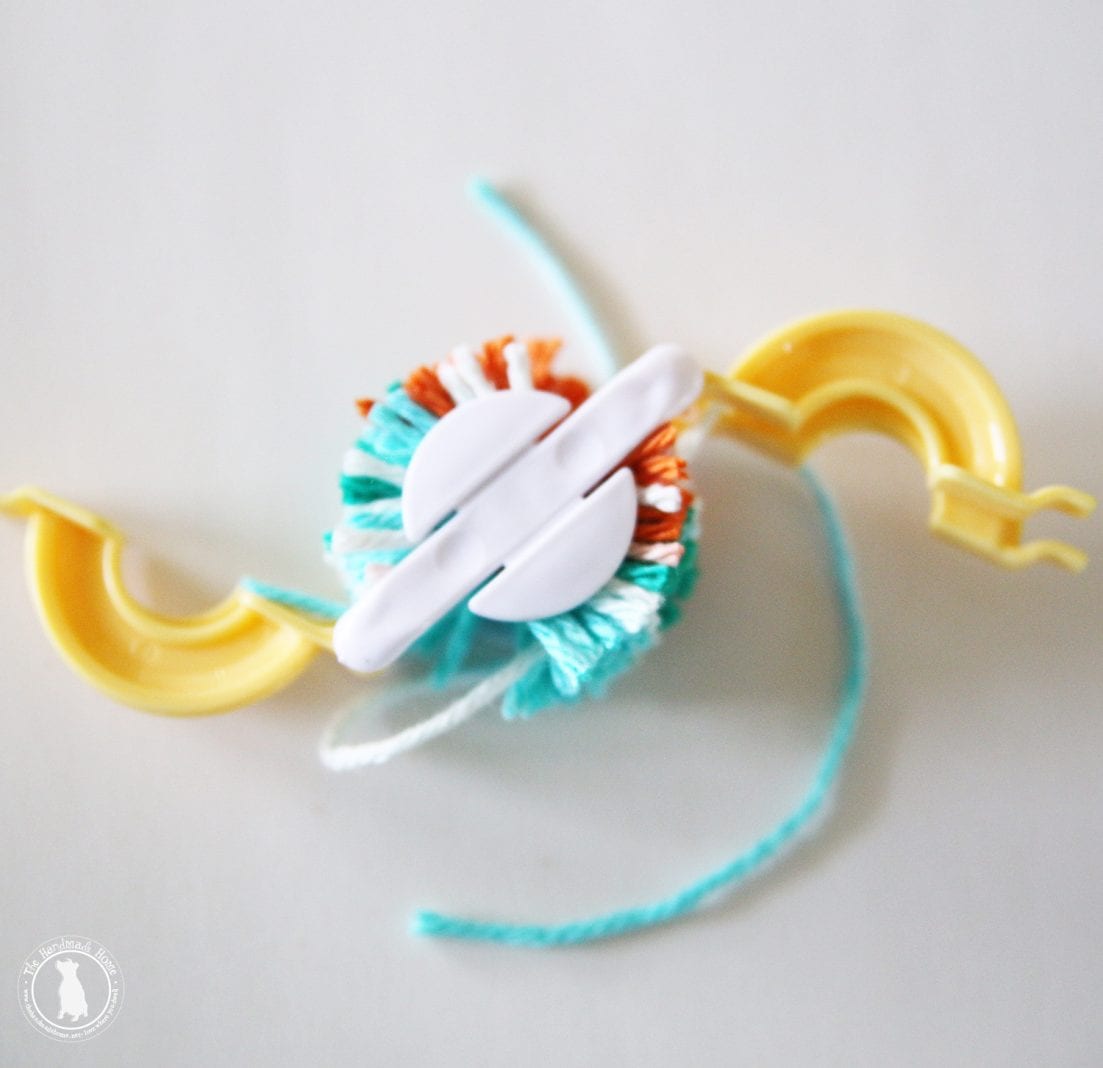 If you purchase the set, it comes with instructions on the back. I just thought it would be easier to show them in photography here, too, since that can sometimes be a little confusing. Note: You can also make poms without the pom pom maker. I’ve done it both ways, and like this one better since it’s easier to maneuver.

Check out our other instructions here. 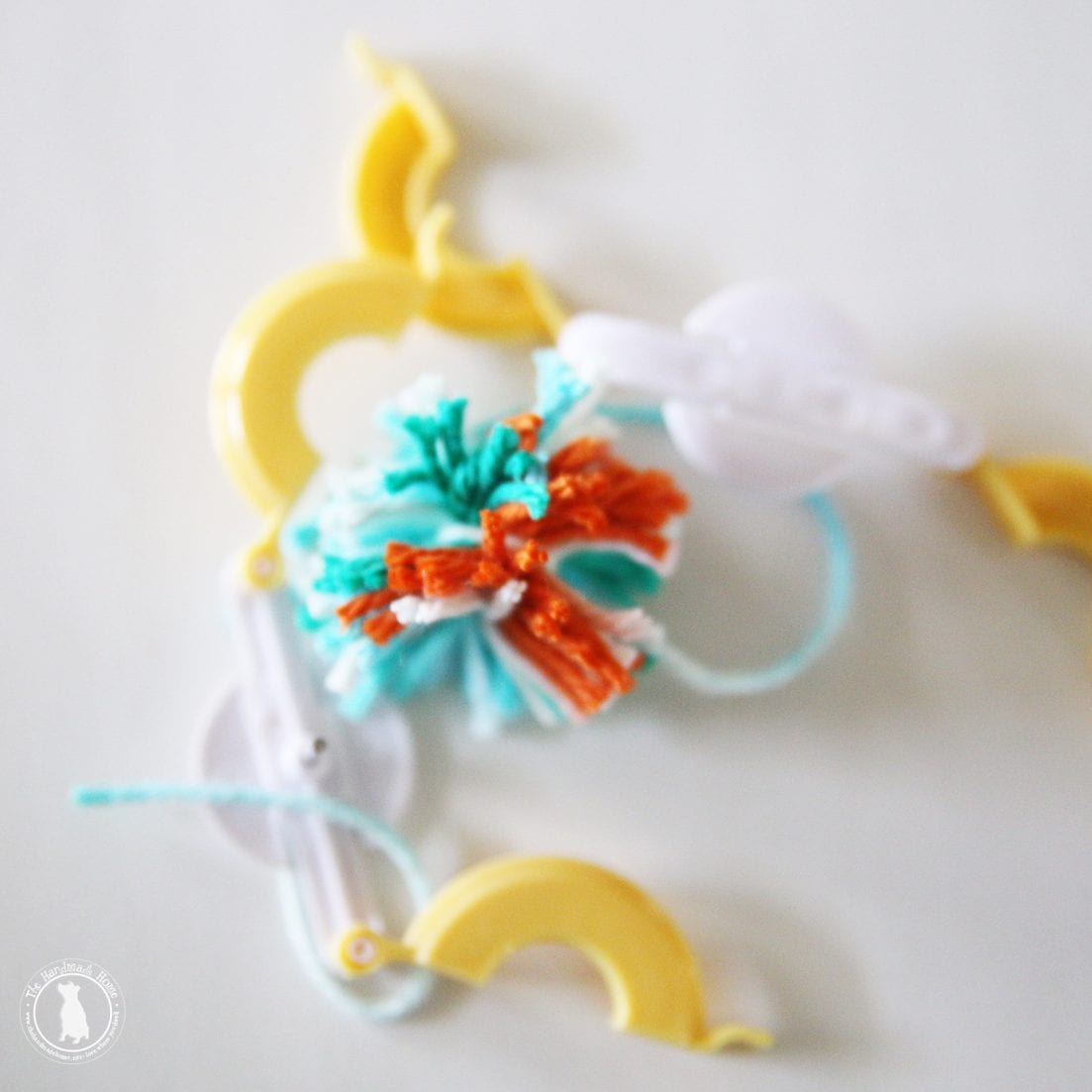 Tada! You have your pom poms and you’re ready to go. So close to finishing up your pom pom monogram letter. 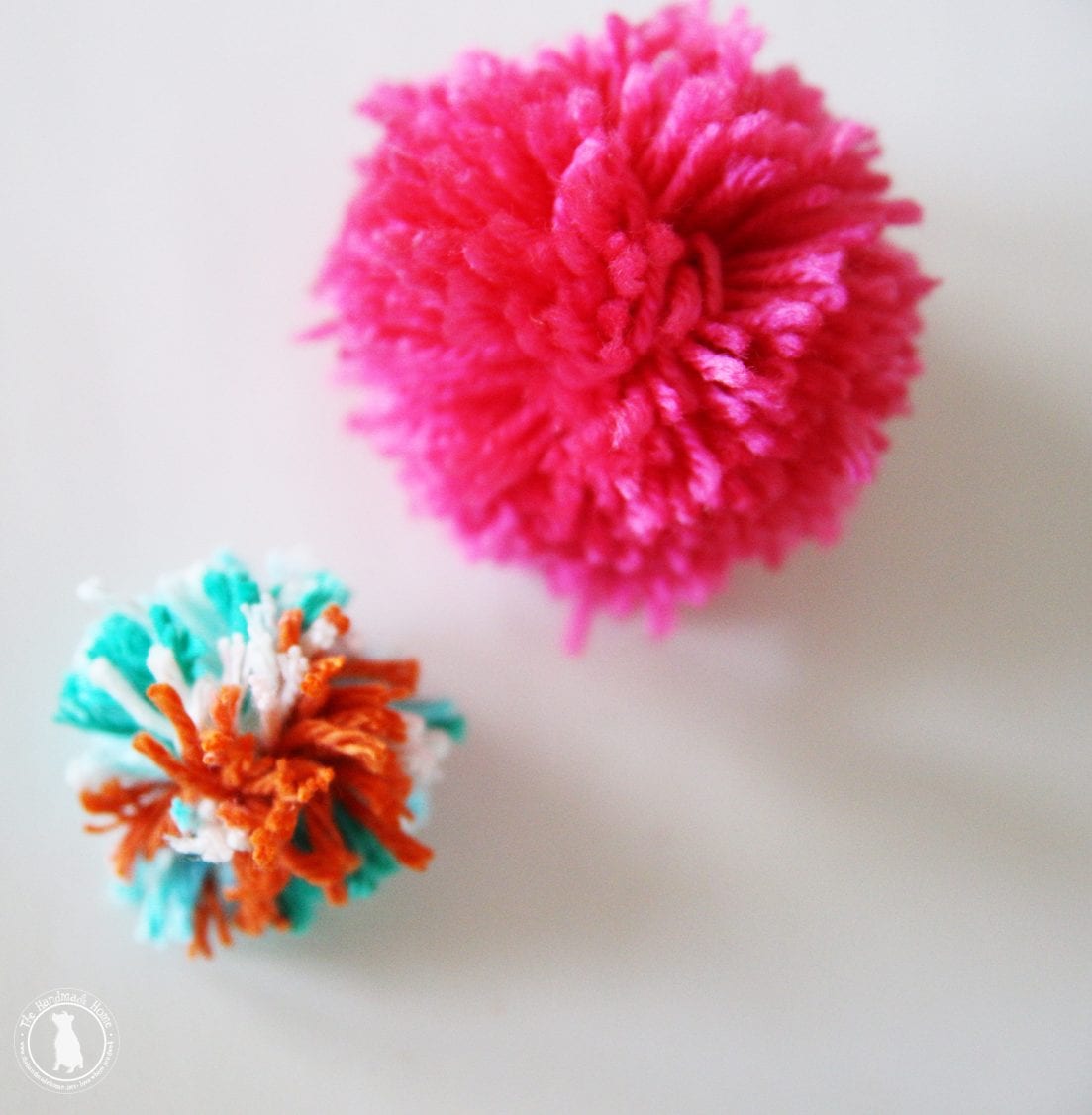 When the pom pom making was complete, we decided to lay them out in a pattern, so we knew how many we needed of each.

Space them out by eyeballing all the way around to see, and your’e ready to get started once you have enough. 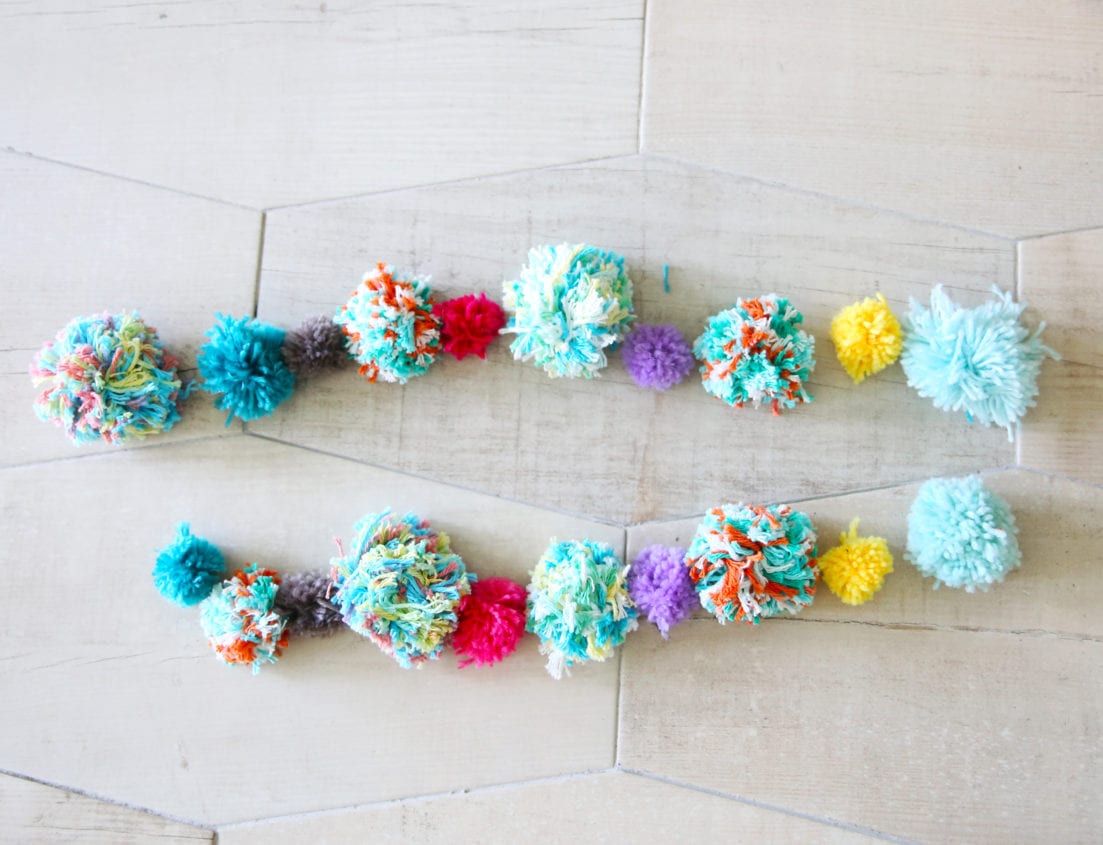 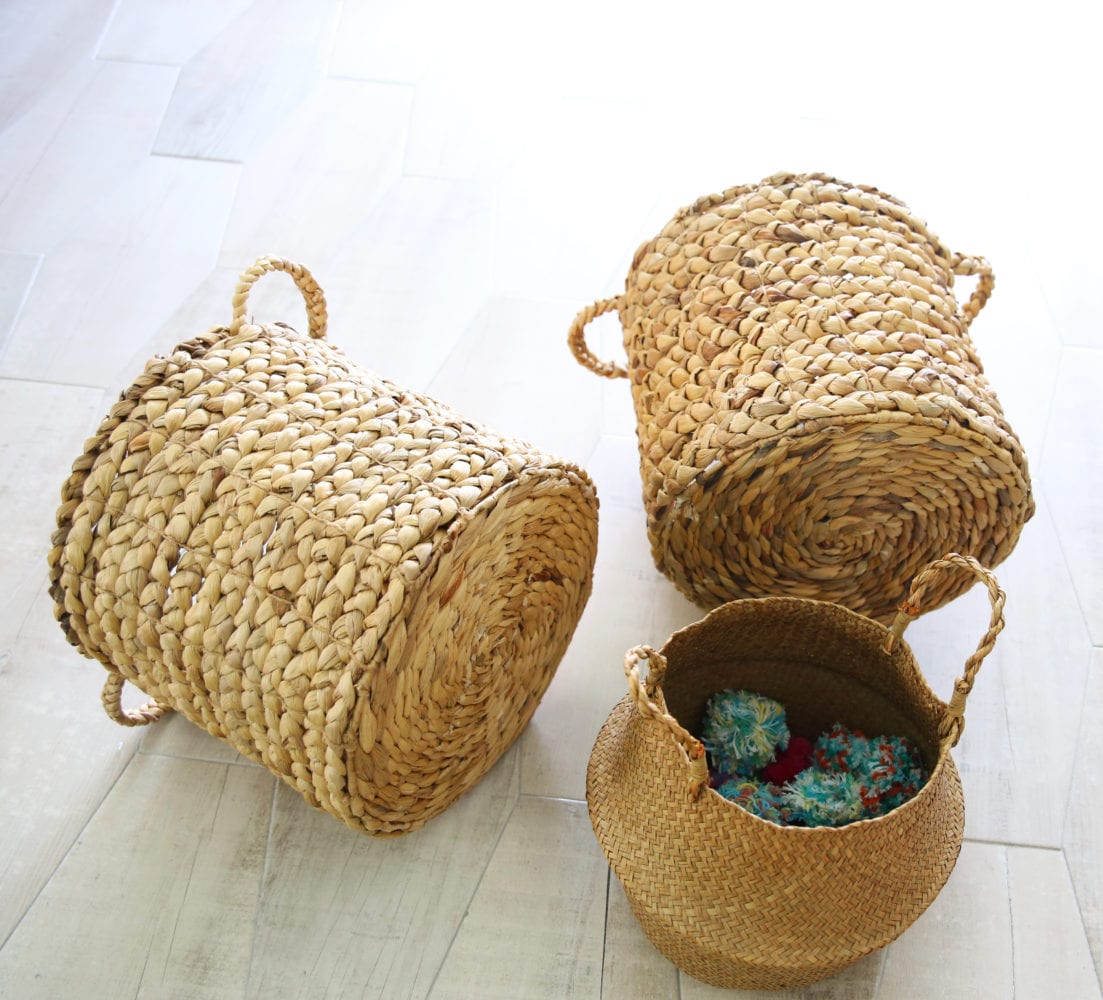 Make sure that you’re glue gun isn’t on a super hot setting, and slowly start gluing them to the top of the basket. This is a fraction of the cost of one that I saw at a big store the other day. 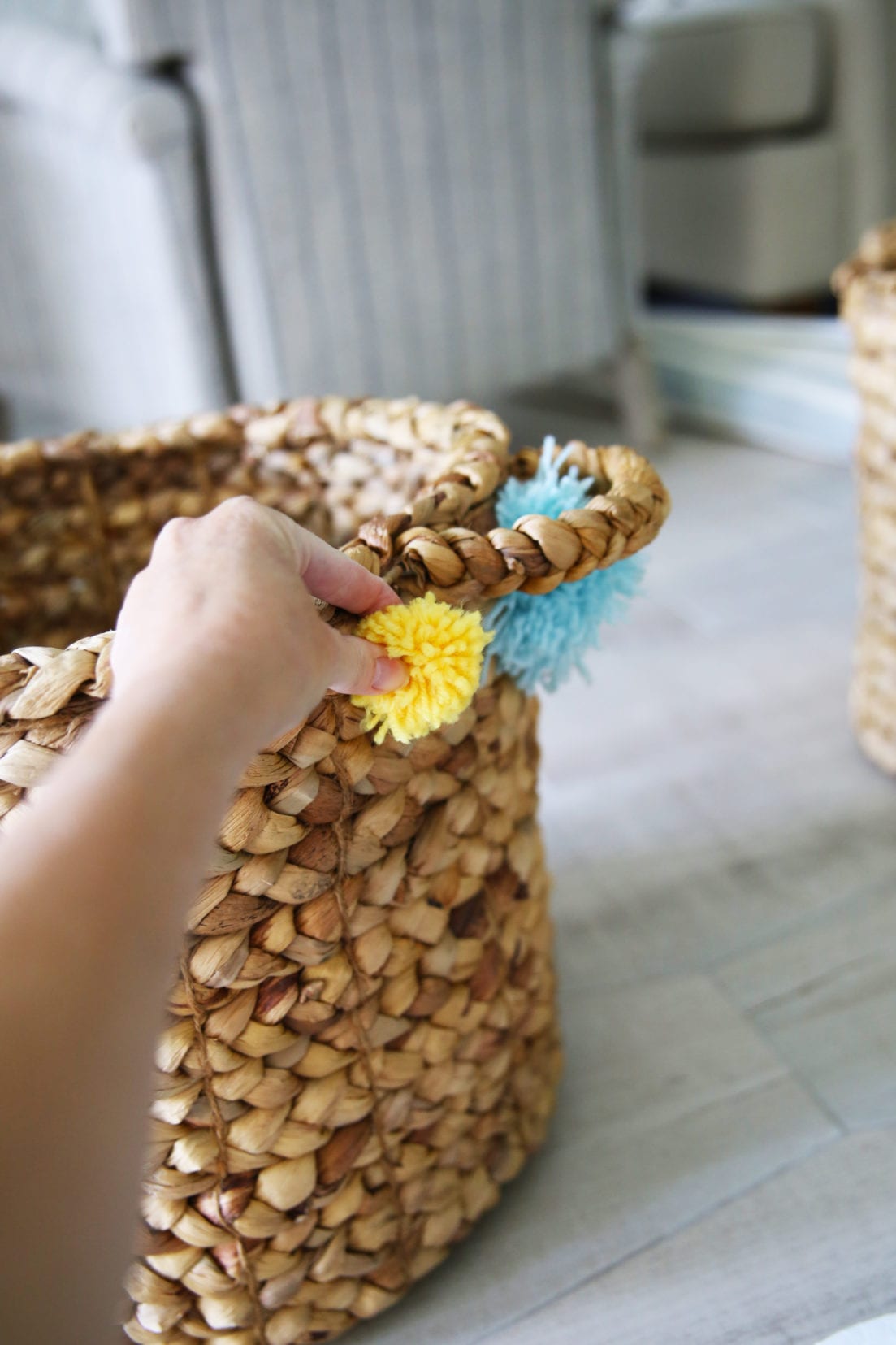 Such a fun little basket for extra storage in a space! 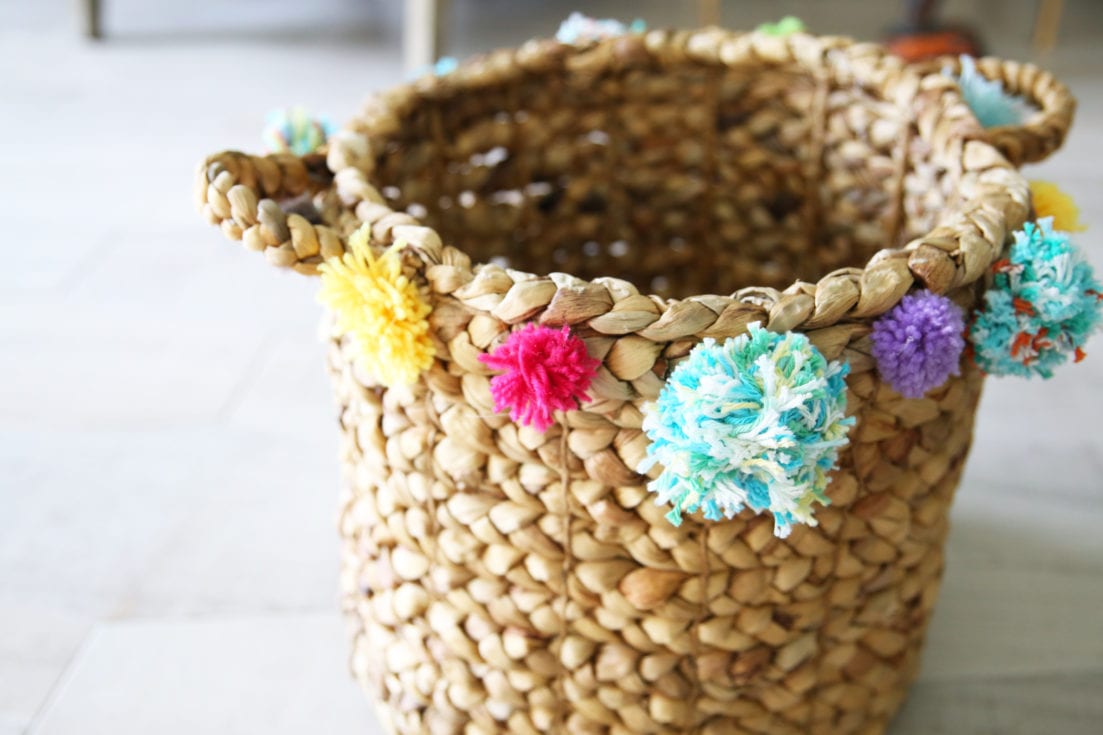 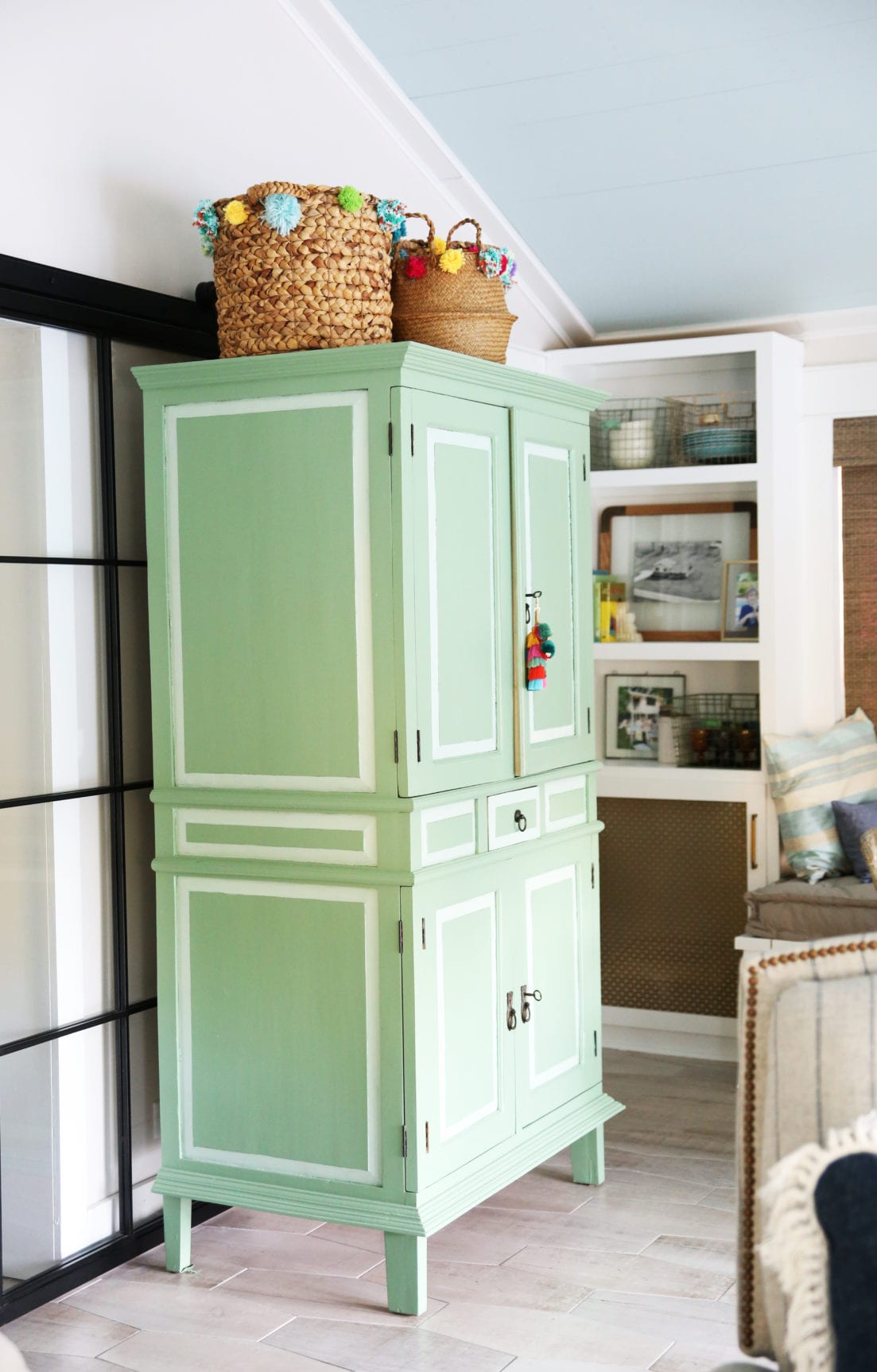 And check out our friends that are sharing their amazing pom pom ideas today! 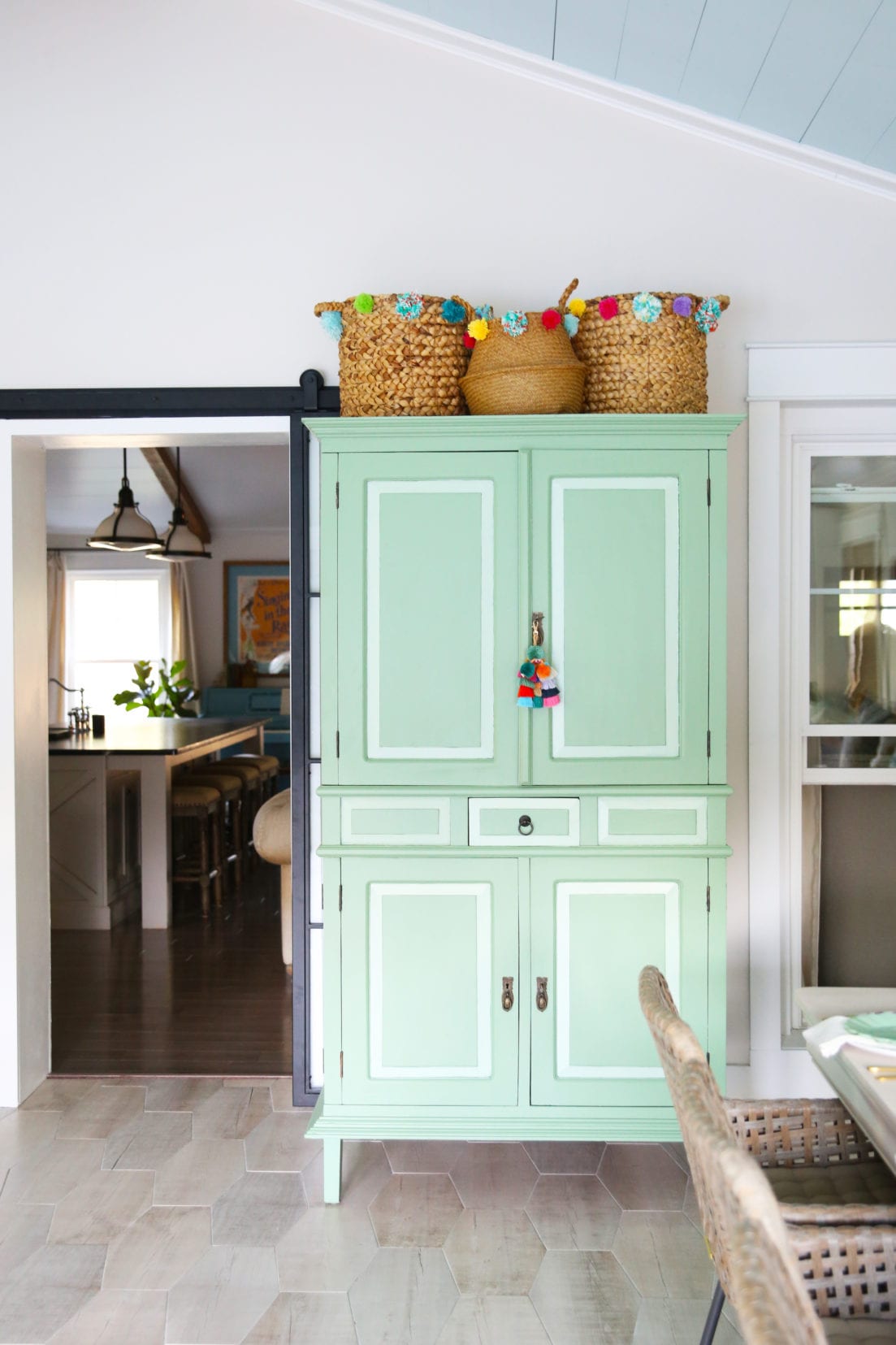 As always let us know if you have any questions. We’d love to know if you decide to make some. 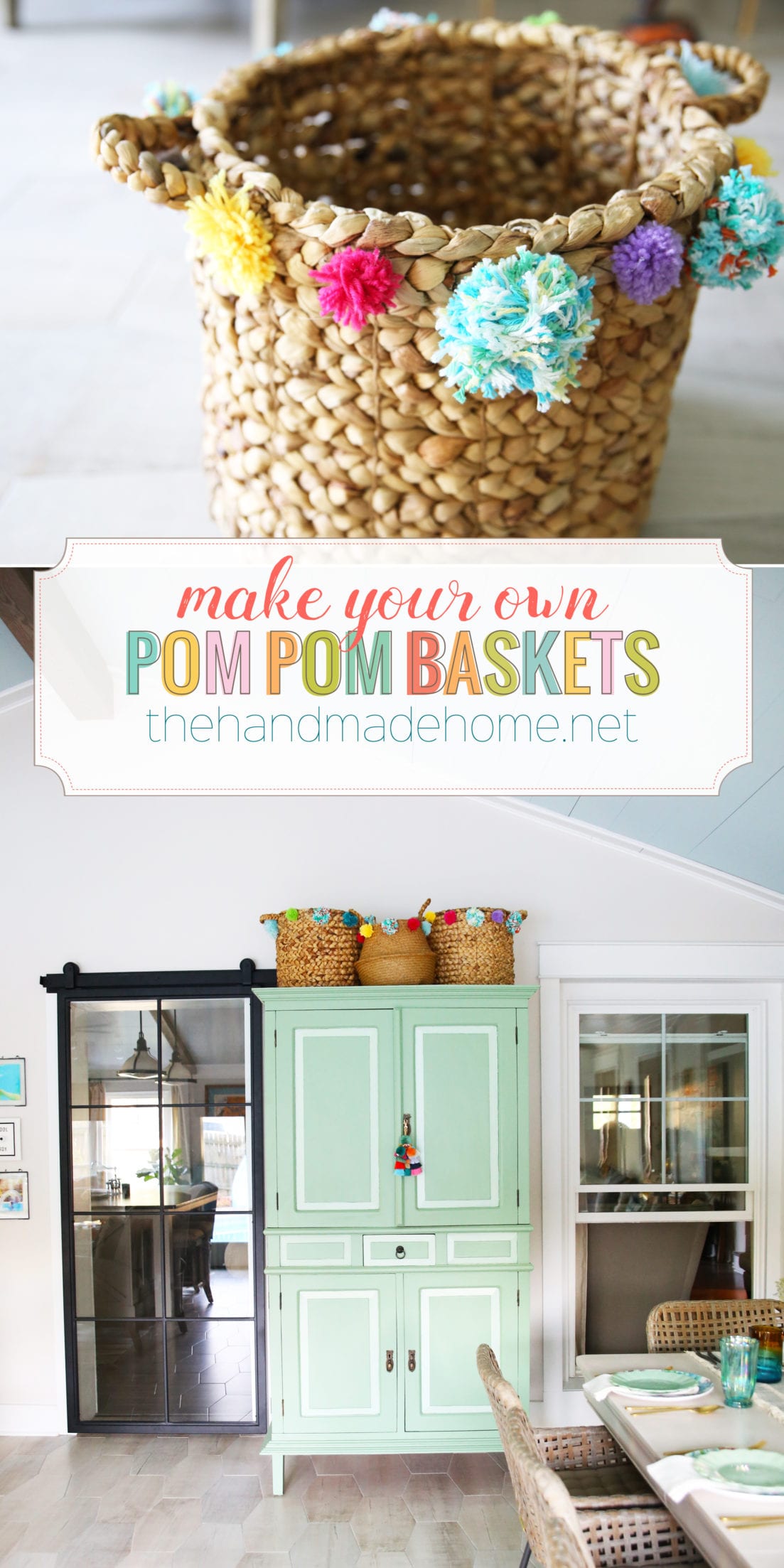