My grandmother, we called her Meme. And she had the best banana pudding recipe on this side of the Mississippi. And probably that side of the Mississippi, too. Because she was from Mississippi so it was both sides and it’s a rule or something. And what made it more official, was that she never even called it ba-na-na pu-dding. There were no real enunciations to be had. It was “Naner Puddin'” and it wouldn’t taste right if you didn’t call it so.

Her house was my very favorite place. Built by my grandfather’s own hands, they don’t make houses like that anymore. The creak of a screen door that closed with a small bang. Or the smell of older things that older houses have, that bring comfort because they’re from your childhood… mixed with bacon in the mornings. Afternoons in the hot southern heat playing for hours under her forest of trees with the sun golden and glinting. 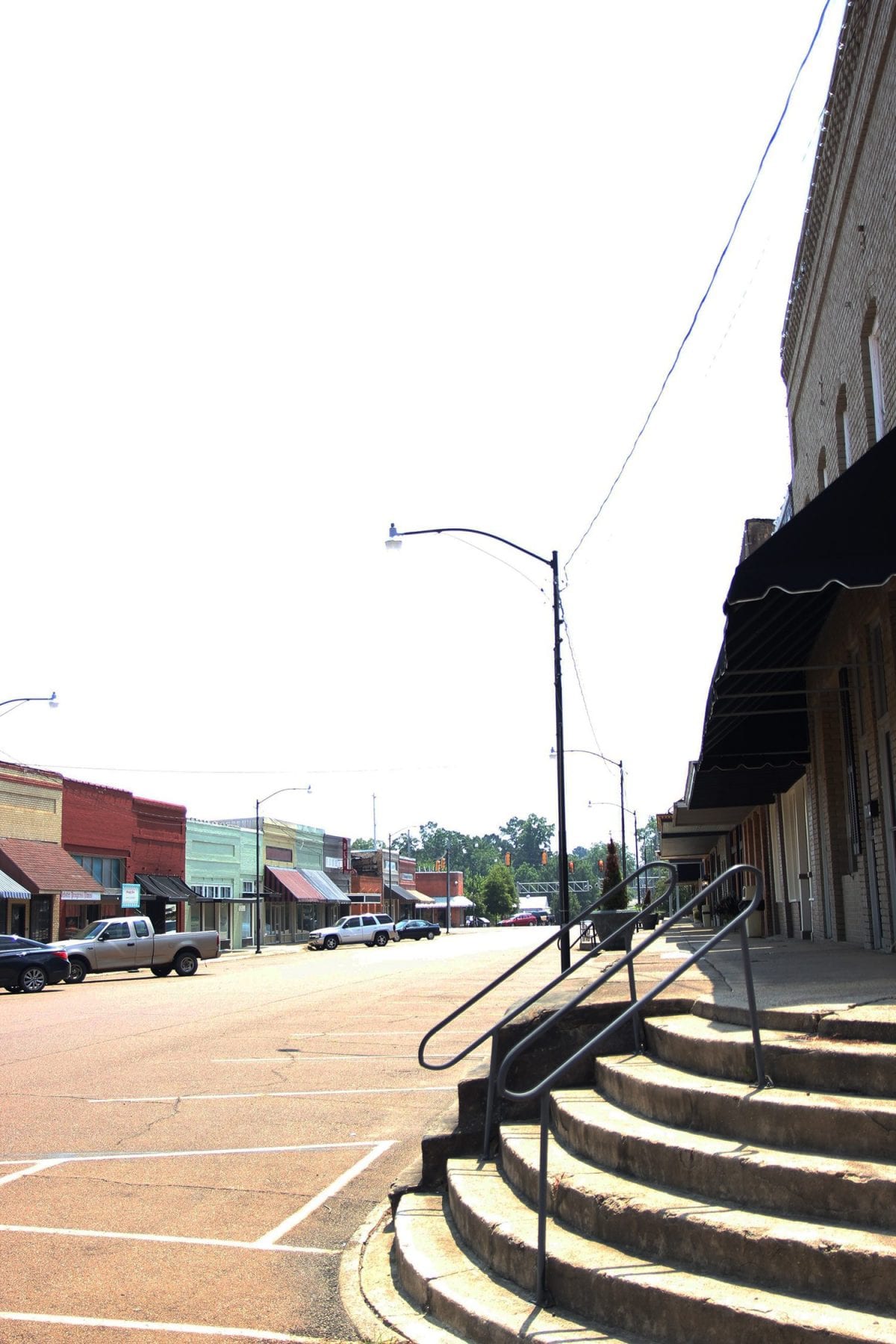 You can drive around Eupora Mississippi, a town with remnants of the past. My mom will point out where Meme worked in the store in the middle of downtown, and then we take the tour. 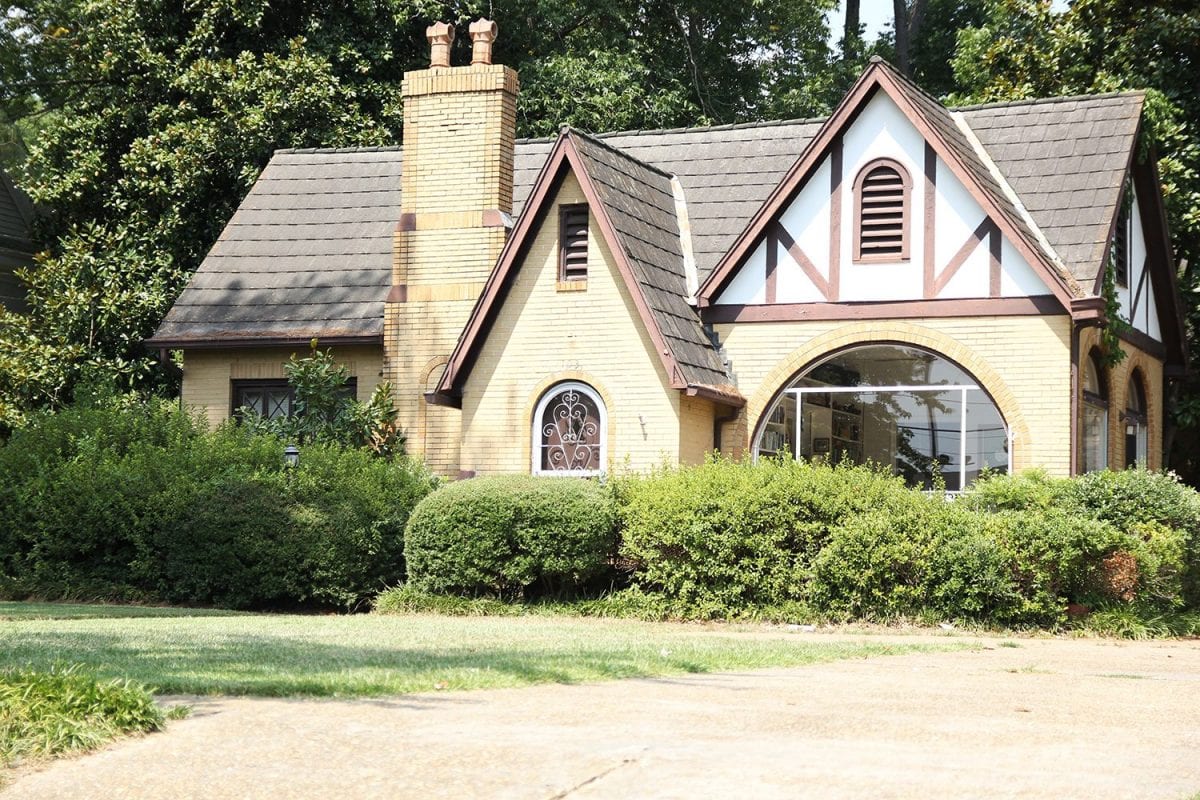 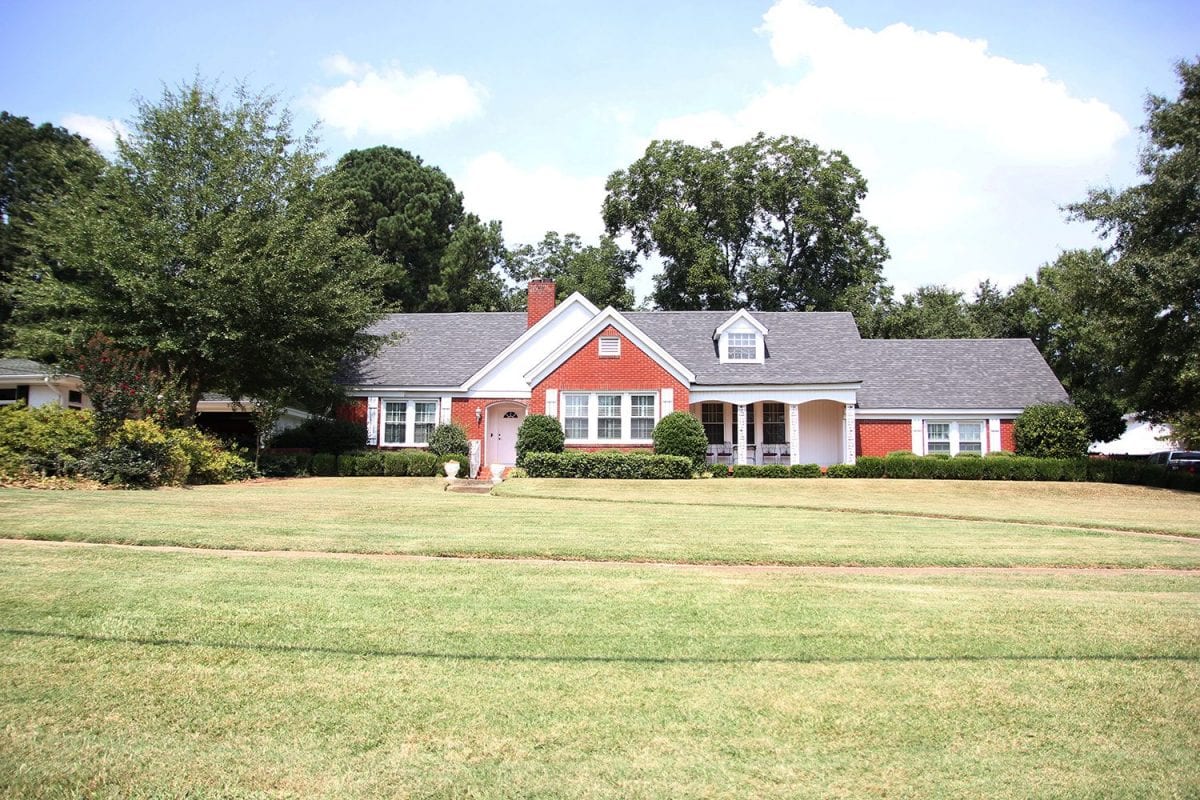 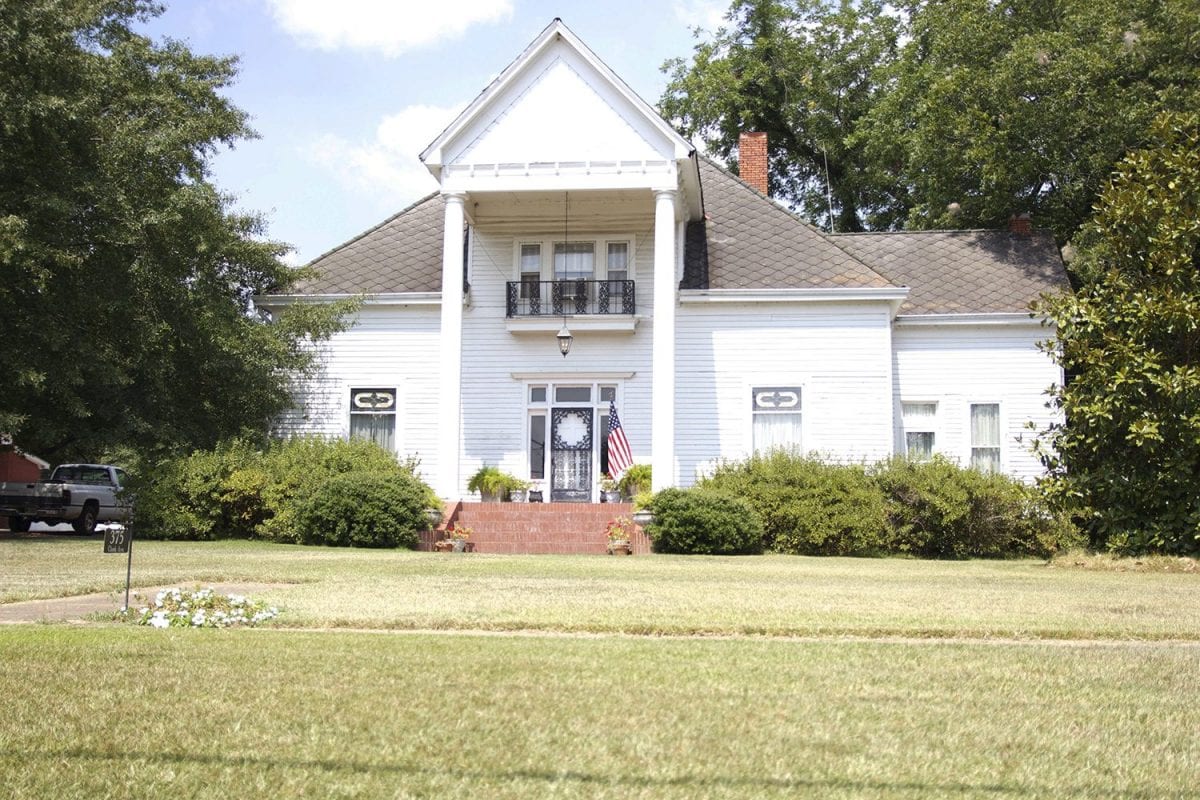 The tour of houses my grandfather built.

They’re beautiful, each in their own way. Like a parade of beauties all lined up in rows. To think about what they accomplished with their hands kind of blows my mind. One is even a church. 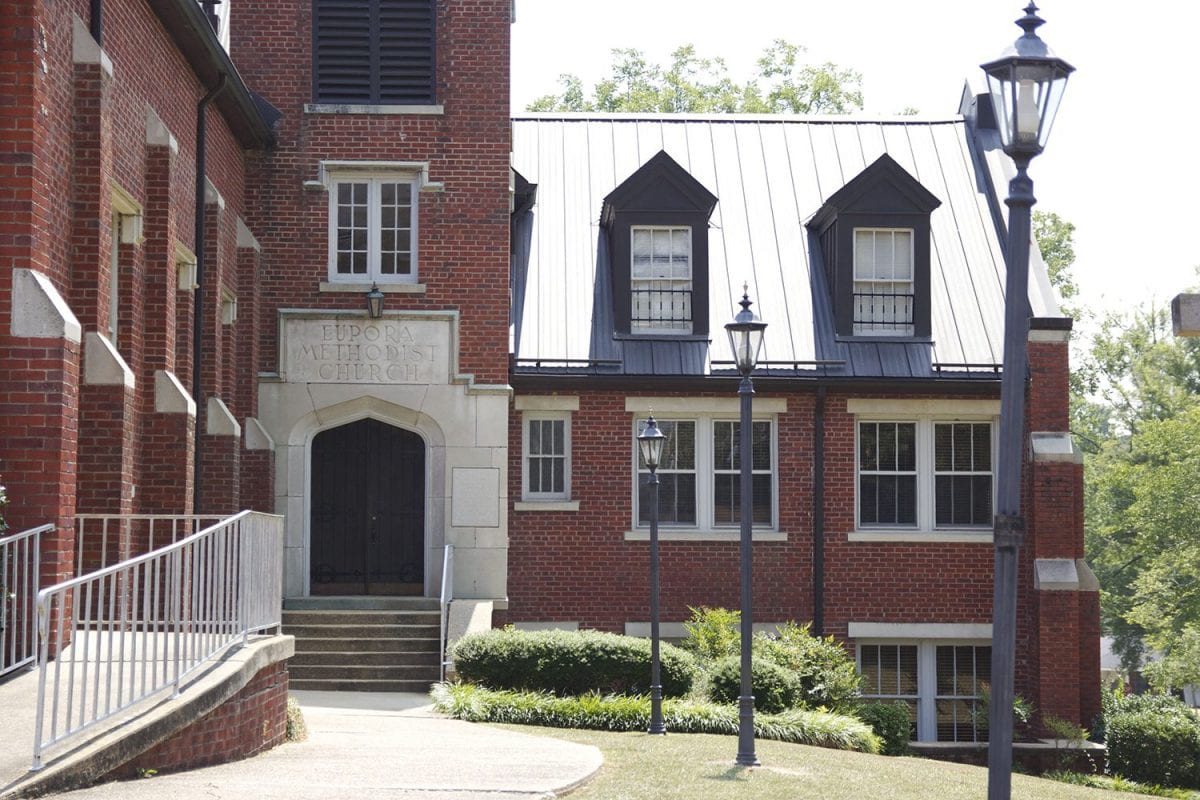 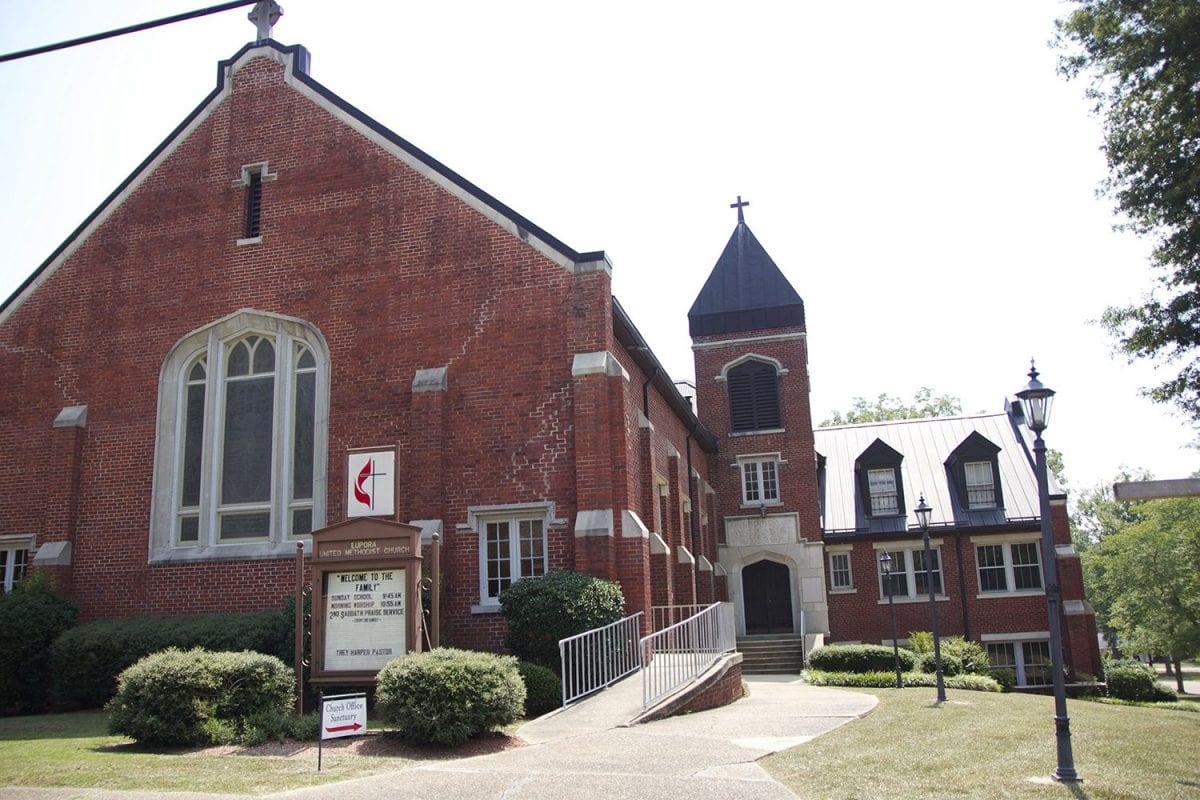 Each with their own story. But none of them hold the memories like Meme’s house holds for us.


We would come in from a hot day playing in her yard with our cousins, making mud pie and houses from leaves under the trees. We sat in the moss like carpet for a forest. She would tell us stories of her childhood. Like swimming in a cave. Or curling her friend’s hair with a hot iron over a fire, when the curl actually melted off by accident. She had sayings like “Lawd have mercy!” and she called us all “Suga” with her emphasis on the ‘a’ at the end.

I’d like to insert something clever here about fried chicken and green beans and corn bread and sweet tea for the menu. Because I remember her patiently snapping those green beans and I’m sure that’s what we ate- straight from her garden. My picky palate belonging to a much younger me took most of the really good stuff for granted. But what we really enjoyed, after coming in from a morning of playing down in the dirt and swinging and catching bullfrogs… was that moment.

In that kitchen that my grandfather built, we sat. At her table underneath her little cafe curtains with pompoms above that deep porcelain sink there was a collective sigh when the last creak of the screen door could be heard as everyone came to an agreed upon stillness. An opus of a meal, we waited for that great unveiling.

She pulled it out of her old white Frigidaire, and it was heaped on to everyone’s plates. We enjoyed every last drop. Inhaled it, actually.

Fast forward to 2016… Our youngest’s birthday was last week, so my parents took all three kids for an outing. And for the first time in a long time, we decided that instead of the list of {never-ending} work to be done, we would enjoy ourselves. So we snuck away to a sweet little market near our house, and enjoyed the best little date we’ve had in a long time. No phones. No kids, though I love them so.

The idea of just taking in the moment has been lost on us in the last few months. For the first time in a while, we were still. We took it all in. The charming little diner. The amazing atmosphere of a local find. The people around us. Community.

The past three years for us, have been hard. And hard is all brought into perspective when I tell you everyone has their struggles and these have been ours for a while. We’ve been forced out of our comfort zones and stretched into something new. Something challenging, that asked for a lot of sacrifice. Like emerging from a cave after sitting in the darkness for so long, we’re blinking into the bright, dazzling sunlight.

We took on a lot of new things and shed the old… we did this for our family. Fresh beginnings for our children. Small potatoes when we compare them to other journeys, but our journey and our struggles all the same.

We’ve tackled each day with a new challenge and wondered if we’ll ever feel normal again. There were tears, wondering if we’ll figure it all out. We’ve pushed through fear with nothing but faith and have been taught that things are different on the other side of that fear.

And we’ve seen the other side of it. Those glimpses that tell us it’s all worth it. We’ve reconnected with old friends in ways that warm the heart. And met some new sweet neighbors who are so kind, it truly blows our minds.

We’ve done life alongside our family and have been taught in a humbling way that it’s just not possible without them.

Our ten year old climbed into the car, breathless and excited from a local summer camp we let them experience, and told us he met seven new friends in a day. {Seven!} He didn’t know it was possible. {Didn’t know it was possible!} His breathless joy in that moment of expressing something we’ve tried so hard to convey in the middle of a tough transition brought nothing but tears of joy to our eyes. This is why we’ve pushed through this. And this is only the beginning.

So in the middle of that little market, reflecting on the past few months, I had a moment. When we asked the waitress what they had for desert, she said “Naner Puddin'” and brought it out in a giant bowl.

“No charge,” the waitress added.

Those houses. That banana pudding. Memories from my childhood. It’s funny how a smell or taste can bring it all flooding back. 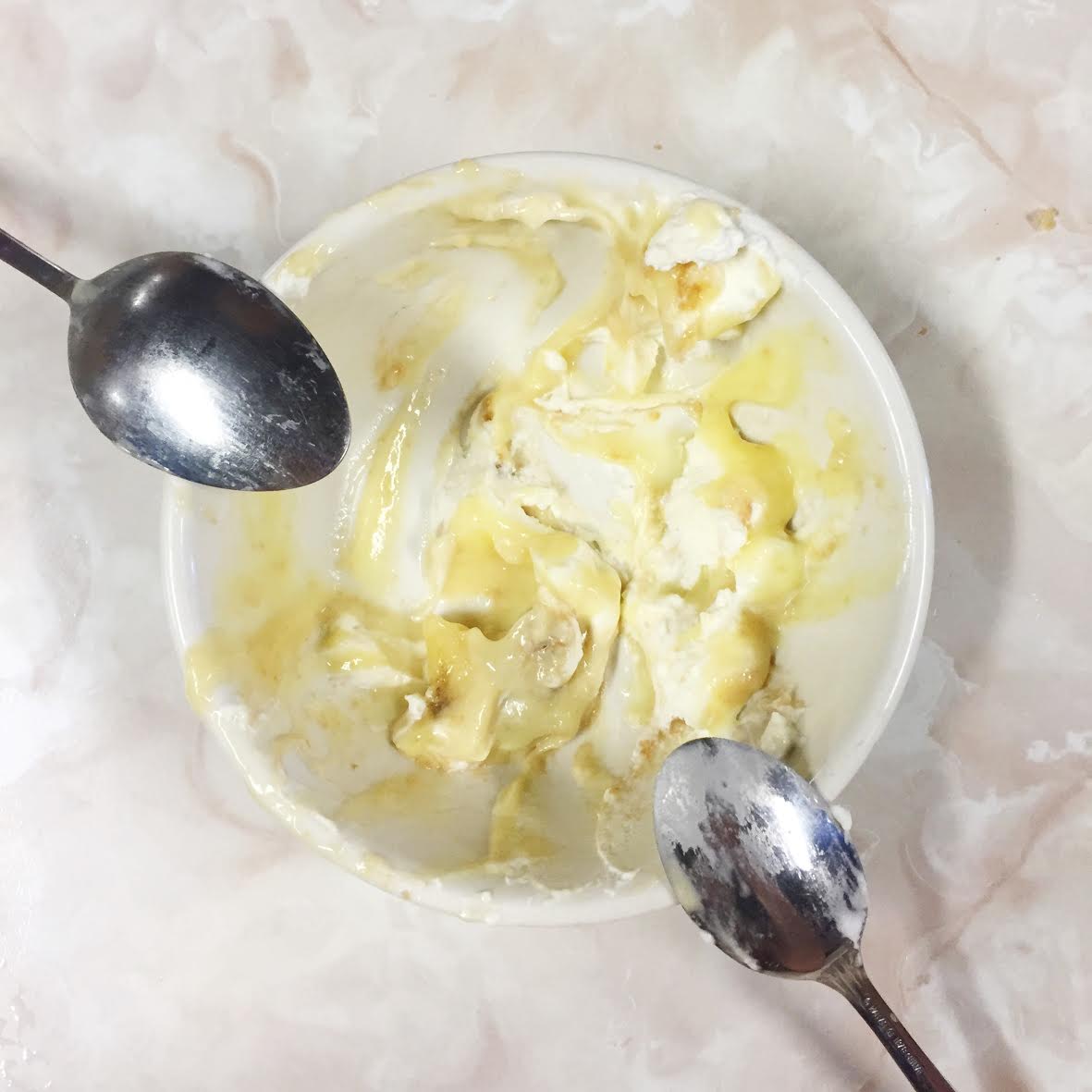 My parent’s parents. Their parents. Their parents before them. They were all building something with their bare hands for the future. Something to leave behind. In their own imperfect ways doing the best they possibly could. And I wouldn’t be here without their efforts. It’s a gift they’ve passed down – Something we don’t really understand at first, but nurtured from the beginning.

With that giant bowl of banana pudding, it was almost like she was sitting at my side, with a bowl of comfort food in the form of a gentle reminder. Something I would miss if I wasn’t paying attention. Just like we’re doing for our children now. So I sat there and had a moment. I was taken back to my childhood, remembering that screen door and the smells of that house. If someone were to look at our booth they would see me there, with tears in my eyes over that bowl of banana pudding.

Because it wasn’t about the pudding, but so much more. 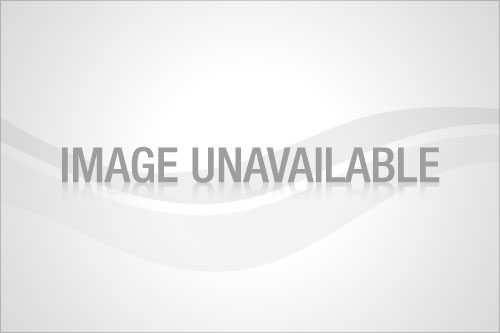 So why am I sharing this story? Maybe I’ll spend the rest of my life trying to recreate something like that for my children. Some form of forever comfort that they can carry with them on their own journeys. Because we’re all building something. As much as humanly possible, pushing through fear in some way in our daily lives. If you’re not growing, and pushing… struggling and trying… you’re stagnant. Fading. So we choose to struggle because life isn’t easy.

Though sometimes the living is part is scarier, it’s oh so worth it. 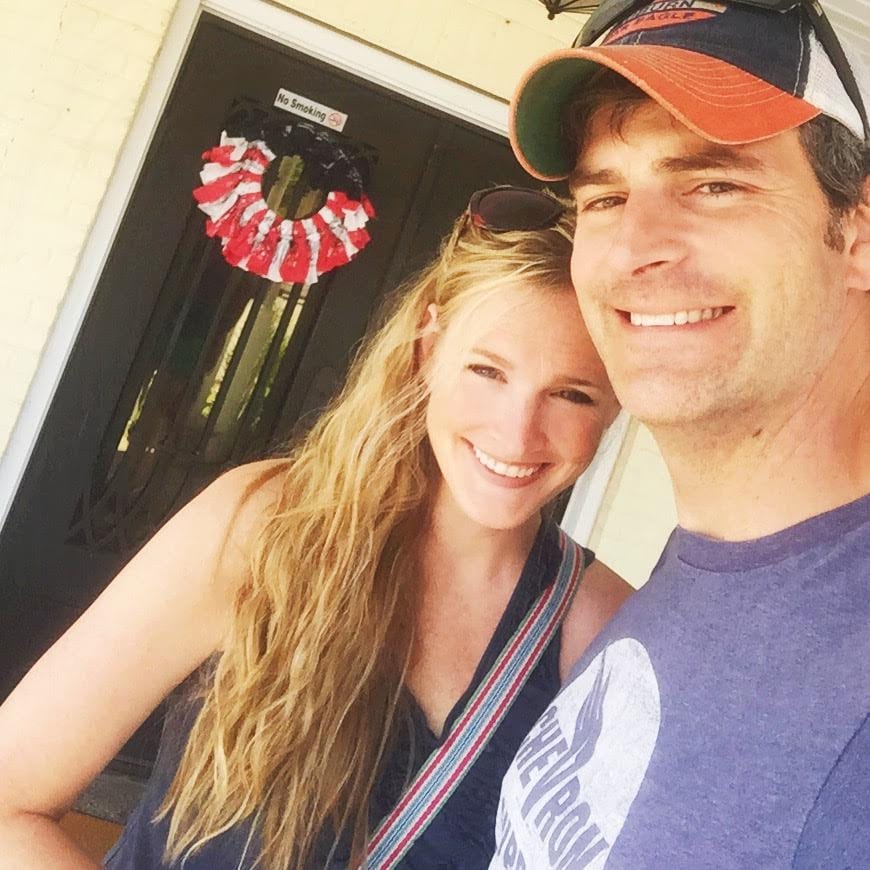 You never know when there’s a big bowl of your own version of naner puddin’… right around the corner. 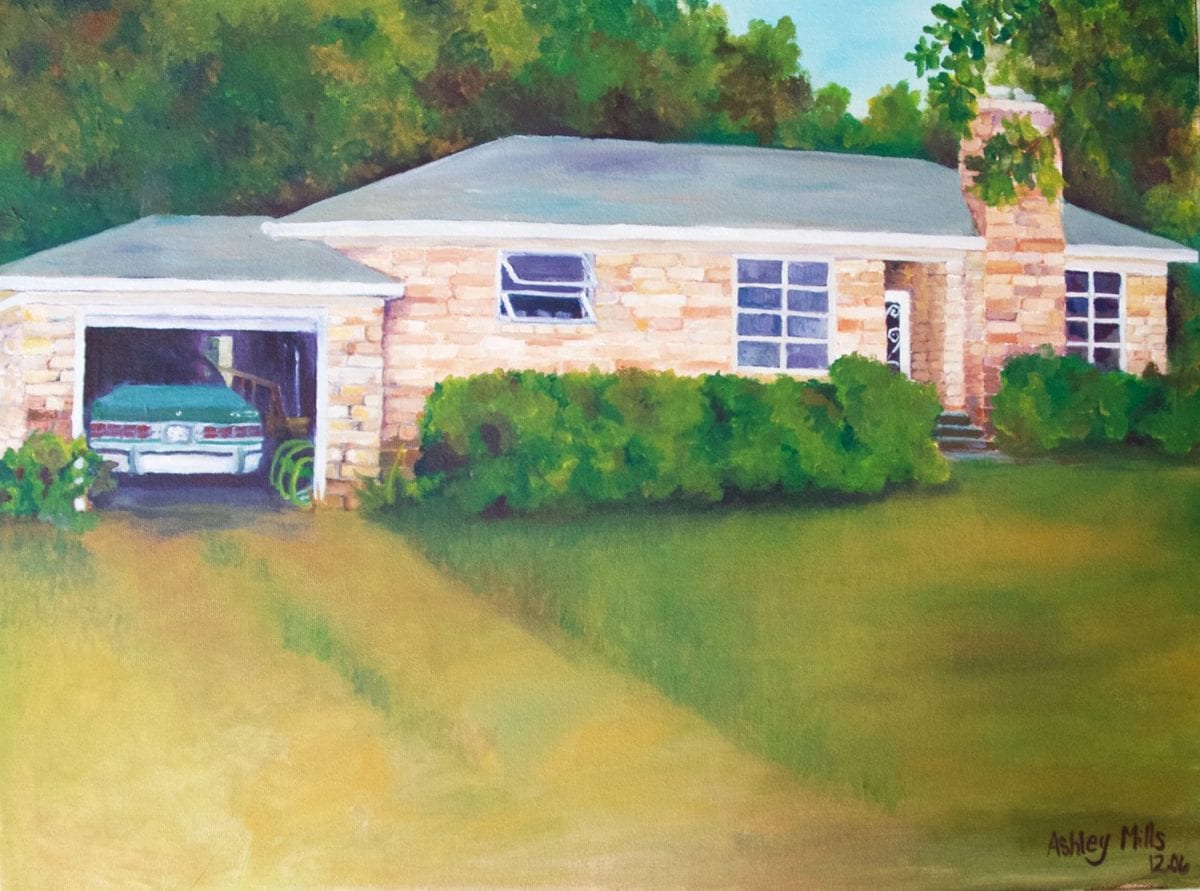