You are here: Home / confessions / not gonna make it

Celebrating the seasons on Social media is like being stuck in a room full of people, and they’re all excited about Fall. So I have to pretend like I’m excited too, or they’re all, what’s wrong with you? No one celebrates the seasons quite like they celebrate Fall and it has officially escalated to a cultish pitch. I have two heads or something if I actually confess that I may not be, in fact, head over heels, backflips and cartwheels excited about the cooler weather.

As a content creator, and a living human who has a Facebook account out of all things necessary evil {if I could quit all the things FB and move to Tahiti, I would, but now I have three kids and I have to pay for college} I can  perpetuate the  mass brain washing by doing seasonal things.

I’m all, hey, look at my pumpkins. Isn’t this pumpkin pretty? 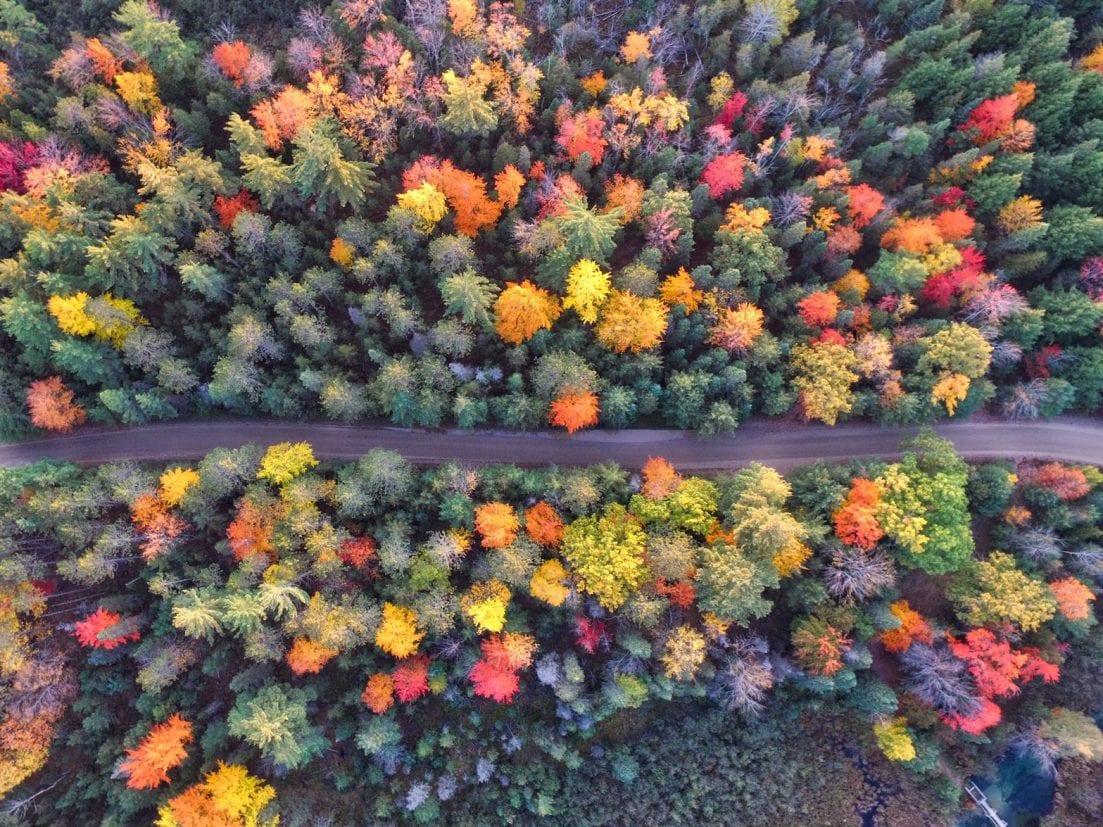 via Aaron Burden – unsplash.com {that is gorgeous though. Thus my conflicting emotions.}

I share seasonal memes to cover my shame. It’s all a sham. A sad attempt to blend in.

I’ve always said I’m a reluctant seasonal decorator. I’ve made a recent self-discovery – I think my general dislike of being cold is the place from which my resentment stems.

Because the truth of the matter is, I’m more than a basic girl. I’m a summer girl.

I know. Right? Against the grain. Because I’m edgy like that. And I’m here today to declare it from the rooftops: Fall is not my favorite season.

Before you bring out your pitchforks laced with apple cider and angry mob torches, let me hitch up my yoga pants and explain.

I’m from the deep south. I recently relocated to Tennessee. {Stay with me.}

People from the North, where they have ice chunks already blocking their doorway, are totes side-eyeing me right now.

But the fact of the matter is, this makes me a reformed Fall lover. I’m from the kind of South where my husband actually says “CAINT” for can’t, the phrase “Shade tree” is actually a thing, there’s a church on every corner {usually, they even share parking lots} and sweet tea is derived from some form of maple syrup concentrate so we can clog all our arteries and die at 50. I mean, don’t even serve it to me without the sugar whatsiwrongwithYOU.

Fall for me, growing up, meant that it dropped to 95 degrees, just in time for us to sweat at the Football games. This means we were excited.

Tennessee is no longer the deep south. It’s like, the hills or something. It’s not the same. I get that we asked for this. {We are obsessed with Franklin and are constantly all, ohmygoshiloveit.}

But you’d think that one state up in the moving department wouldn’t be such a game changer. Because my only singular complaint, is the coldness here.

I know. Cue the eye rolls.

Even the bugs here are different and no one understands. For real y’all, the spiders here are whack. There’s a major climate adjustment that will have to take place within my innermost DNA on a molecular level so that I can survive. I’m from the tropics. So how does this happen? Do I need to be bitten by a spider? Do I die and come back to life as a vampire? Or what? Help. Me.

It was cold here this morning, but it will jump to 75 by the end of the day. Which means that I basically just have screwed up allergies with numb fingers and toes. This conundrum is complicated when paired with two stubbornly cheap, full-grown adults who won’t turn on the heat just yet because of those afternoon temps. Let it also be noted that apparently, we also moved to Seattle. People keep saying the weather is odd here but 1.5 years in, I no longer believe them. I think they’re all lying – It rains all the time when winter hits. Therefore, Fall is a precursor to the whole WINTER IS COMING thing, but this is a real fear for me. I’m breaking out my Claritin and Wellbutrin on an I.V.

We have a pool.

Owning a pool translates to fun time. This means that our kids get into the pool when it’s twelve below freezing in the spring time, in eager anticipation of spring and summer. {I’m sure it’s only thirty-five degrees or something, but anything below fifty is twelve below because exhibit A… Also, math is hard.}

We dared them to jump in last March, and they actually did. They loved it. I was convinced they would all fall ill to pneumonia, while I was still complaining about the temperature in May. Cue me, squealing like a stuck pig whilst simultaneously swearing death threats under my breath when the kids so much as trickled water on me.

Because we own a pool, all year long should be pool season. Didn’t the person in charge of dubbing seasons get that memo? I filled out a survey recently {don’t ask me why – I think it had something to do with procrastination} that asked me how many times a year we entertain. The biggest number I could pick on said survey, was 12 times a year. Uh, try 12 times in the first month of summer. Our house is the go-to default fun house. So much so that I’m waiting for my return invites from some friends that are all, Good times thanks for having us over twenty times in a row, see ya next Summer.

We’re all, The door swings both ways, KAREN.

JK we don’t have a friend named Karen. At least probably not anymore since I wrote this.

DOUBLE JK no one reads this blog.

Our house is the main station for all things fun and we like it that way. Cold weather cancels that. Pool heater is on the list, because swimming season is about four months here. Thanks, Tennessee. Thaaaaaanks.

See the things that could also be influencing my feelings: Mid-basement construction that needs to hurry up because I refuse to lay tile in sub zero weather with numb fingers. See also also: Porch redo that we would like to happen soon that I haven’t mentioned yet but I’m really excited about. First world problems.

I really am basic.

So much I could say on this topic. Starting with: Who’s idea was this? Who is in CHARGE HERE?! Can we not fix this?

If I have a doctor’s note stating that I have a vitamin D. deficiency, can I not skip this part of adulting? Don’t get me out of bed until the coast is clear and it’s at least nine so that I can see the sunlight. I’m actually the reverse of a vampire, and I will hiss at you if it’s still dark.

We’re not farmers on candlelight anymore. I don’t need to fall back into Fall or whatever it is. I need Hawaii and a sunset cruise and luaus. And most importantly, the sun. 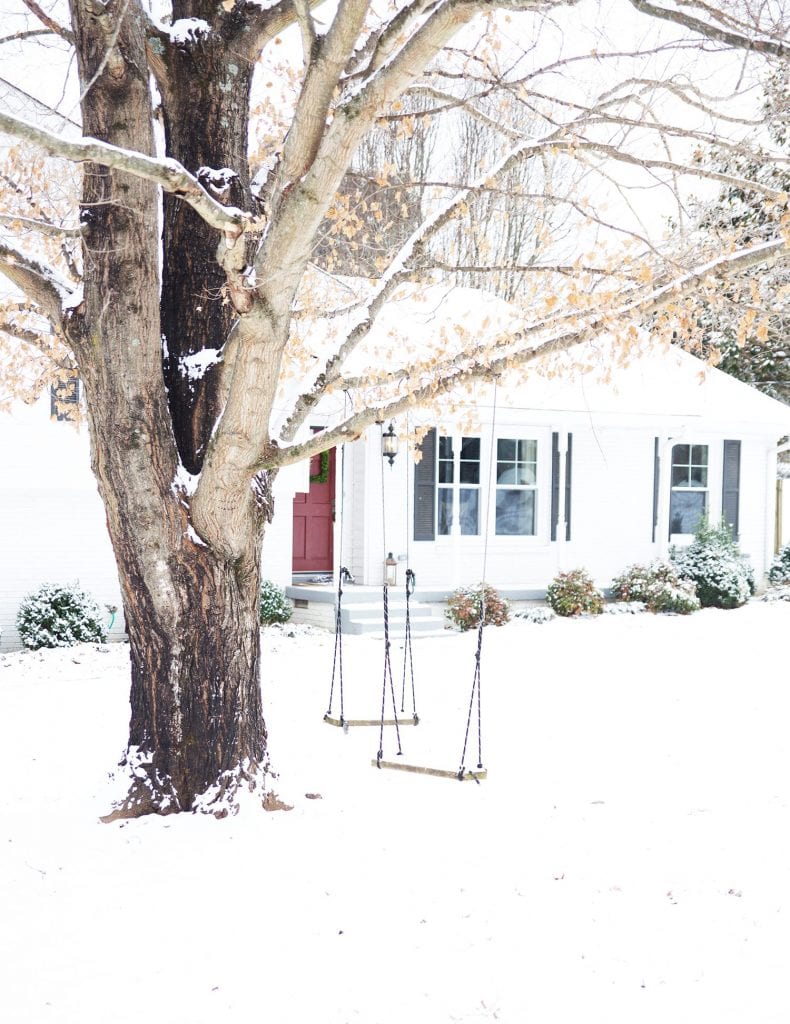 The cold weather… It is kinda pretty, though.

To make matters worse, Jamin wants to go camping. This is basically the cold weather version of waterparks.

Like, how do I brush my teeth? Is there a bathroom? Do I wear my clothes to bed? Do I die?

I married a complete psychopath.

all the clever shirts. via Jane

Nope. I’m not gonna make it. Count me out for Fall, Winter, and basically don’t wake me up until May.

Bonus round: Our first snow day last year. And people with rabies who think I’m an idiot.

At the end of the day, there’s always this:

What’s your favorite season? {You can totally say Fall, and I will not side eye you.}