You are here: Home / confessions / why you should learn how to sew, already

Once upon a time, nearly seven years ago, my mom gave me one of those little hand held sewing machines for Christmas. You know the kind that you use on the go for little repairs? Because I totally keep one in my purse, duh. Don’t you? Right next to your glue gun? … My side mirror fell off! No worries. Just pass me the glue gun… Shhhh. It’s how we roll in Alabama.

It was for little repairs only. But I loved it so much, that I started to make pillows with it. I was such a nerd, I would cut fabric and then sew it together. It didn’t matter what the seams looked like, or that the thread was totally the wrong color. I would cook up little concoctions while Aiden (a baby at the time) napped in the next room. I realized that nothing made me happier than to have such power at my fingertips. I was unstoppable with my newfound love of stitchery.

Before I knew it, I was headed to the local fabric store to grab up their remnants on sale. I would sew a little pillow and then prop it proudly on our {at the time, monstrously huge bachelor’s pad leather} sofas and be so happy with the {albeit, small} statement they made. Never mind that when my friends came over I cringed with fear that they might burst open at any moment. I had made something. And that was a big deal.

And so it began.

Jamin purchased a sewing machine per my request for Mother’s day a few weeks later and then it sat and collected dust for a few months. Because sewing with a real life grown up machine is much different and let’s just be honest, bobbins are as scary as popped cans of biscuits and balloons in my world. You never know when it will jam up on you and you’ll scream like a rabid banshee and the neighbors will think you’re being murdered only to find that you’re just as equally mentally unstable because you’re screaming over a bobbin.

Okay. It’s not the same thing but it’s still scary.

But learning how to thread said bobbin is half the battle, so once a friend taught me and I got over myself, that was it. We were golden. There was no turning back.

Why am I telling you this (long drawn out) story about how I had no life and really enjoyed sewing wonky fabric remnants into pretty little creations? If you’ve been reading for a while, then you know I’m what I like to refer to as the reluctant seamstress. Every now and then I remember what a transformation it made in our home, and decide to persuade you over the internets to join me. Today is one of those days. Here’s a few reasons, if you’ve been thinking of getting your toes wet, why you should just dive in and learn how to sew, already.

It will empower you.

For the sheer reason of tackling something you’ve never tried before, you should do it. If for the sole reason of taking on a fear. It’s like learning a different language, or mastering a recipe that your grandmother passed down or finally figuring out how to tie a cherry stem with your tongue. {Yes, the cherry is equally important}. It’s something you should do just to say you can do it. It’s a lost art, this sewing thing. Making amazing creations for your home are just a side benefit. You’ll be  like a WWF wrestler with a spray tan and bleached hair on Rhoids after he takes out some oily guy in spandex. You made that pillow. You may have nearly punctured your index finger, and the left side of your head is missing a few patches of hair because you sometimes get a nervous tick and it was kind of stressful, but now you’re the WWF wrestler guy because you just owned it.

I hate sewing. I HATE it. Some people love the process. I hate measuring, I hate cutting, I hate stressing out over thinking about how it’s coming along. My eyes glaze over when I have to do math and convert inches to feet to yards, because it’s not that hard but it gives me the sweats because I’m anxiety girl. But you know what I love? I love beautiful fabrics, and I adore the finished product. I love the feeling of satisfaction and cathartic resolution it brings when I’ve made something one of a kind and absolutely fun and gorgeous (in my world) for our home. It’s empowering and beyond rewarding to tackle something that isn’t all that fun… To make something just for you and your family. Bonus points for wearing spandex unitards with bad spray tans whilst sewing said project.

Which brings me to…

I started with pillows. And when I realized what a drastic change it made to take down our builder’s grade blinds and add fun window treatments to every room, I was absolutely hooked.

Every home is different and I found when looking around for what I liked, that one of a kind approaches were so much better. But I wasn’t about to buy something from a custom drapery store {hello, budget}, the box store options wouldn’t fit most of our windows, and I’d asked around but couldn’t find a seamstress that was available to help me…

So this was it. I knew that the salvation from builder’s beige genericism funhouse, was all on me in the fabrics department. And so I decided to roll with it. With a few well-timed naps, and a nice little supply of fabric under my belt, I went for it. Jamin thought I’d lost my mind, but room by room, space by space. 5,678,965 stitches later, he started to see the difference… and I’ve never looked back.

JK. I have no idea how many stitches I’ve made. But it sounded good, yes?

The funny part? If you can thread your bobbin, cut the fabric, and sew a straight line, then the rest is all gravy. I’ve never used a pattern but maybe twice, and I’ve found that the best things with huge transformations in our home were the simple addition of curtains and pillows. Though I’ve stuck mostly with that, with the occasional tackle of a bedding project or two, it’s those simple things that mean major changes for your home.

Or something like that. I told you I was terrible at math… And apparently grammar.

It’s not always the case that you save money with sewing. Once in a blue moon, you luck out and find just what you need on clearance while you push your shopping cart by in a store somewhere with three rabid children because the stars align and angels sing and glittery lights shine down and suddenly you are to awesome finds as Johnny Cash was to country music. But usually, we’re not all that lucky and more often than not, you can save mucho deniro with this approach.

The look is always custom, you’re being completely empowered, like, I-am-awesome-hear-me-roar-in-my-unitard, empowered. And the money is saved.

So if you’ve been meaning to try and need something fairly easy like a few pillows, why not begin? You’ve already made a return on your sewing machine investment with your first creation.

If you find that you enjoy switching things out often in your home, go for it. It’s much easier to order a little fabric, spend an afternoon sewing, and then spend the next few months truly admiring what a little afternoon of work brought to your love for seasonal pillows. Satisfaction at its finest.

It’s definitely not for everyone, and it’s probably not even for me. But it can bring about a huge transformation in the home with just a little fearless elbow grease.

So I guess I’m not really reluctant. When I’m finished, anyway. ;}

What have been some of your greatest benefits with learning how to sew? What would you say to anyone who wants to learn?

Sewing still isn’t your thing? I threw in a few more posts you might like if you’re thinking of taking the plunge. Or not. 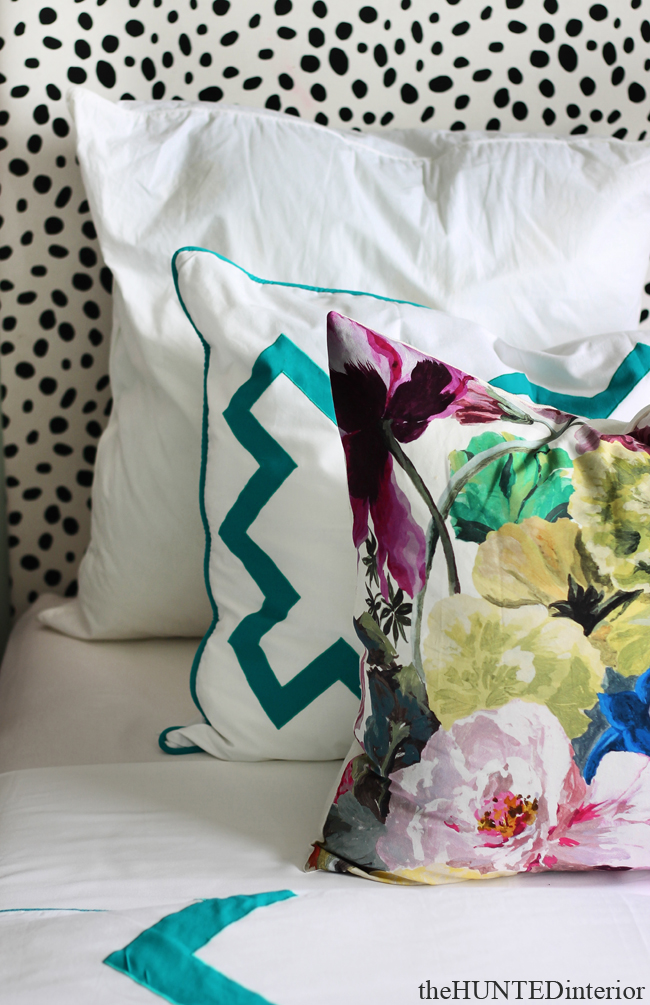 And Kristin’s fabulous brilliant post breaking it down, here.

Have an inspired day, y’all! And learn how to sew, already. ;}

a no sew teepee

halfway there {to emmy, at nine}

to emerson, at ten

Taking on the yard this weekend is easier with @gr

After 👉🏼 Before It's definitely travel sea

After👉🏼Before Tiny but mighty, we couldn't

After 👉🏼 Before When this sweet family conta

When someone asks me how we’re surviving all thi

I've received a few questions about the process of

We're to that exciting point in our renovation whe