You are here: Home / confessions / a little humor / devastating milk loss and the chainsaw welding banshee. 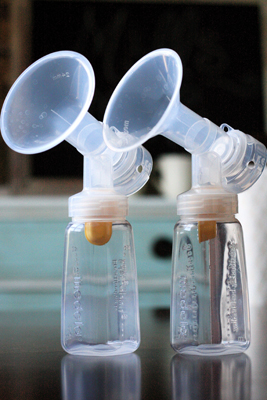 I have the best husband in the whole entire star sprinkled galaxy. Yeah. I know. Everyone says that. (About their husbands, that is.) Right before they write about something fabulous that they did. I am writing about my wonderful husband as a preface. An introduction to the unmentionable:

I could have killed the best husband in the star sprinkled galaxy on Saturday.

I’m not sure how I would have gone about executing said murder. I’m sure a few options would have presented themselves so that I may off him ever so successfully. Bonus points for making it look like an accident so I could keep my current lifestyle through the support of life insurance. The best husband in the world was going about his extra husbandry duties, and cleaning out the fridge on Saturday after lunch. Such things are not exactly outlined in our marital agreement. Extra efforts are simply filed away under brownie points for the W.H. (wonderful husband). Changing the diapers, bathing the kids, beating the children so I don’t have to…he’s an excellent brownie-point earner. People often marvel at what a wonderful helper he is. I probably take him for granted sometimes, since this is just his nature. He is quite fabulous. And I love him very much. But all b.p’s aside, I could have killed him.

Back to the cleaning out of the fridge part: He cleaned out the fridge. Yeah. I mentioned that. And at least two to three hours after alleged cleaning, I happened to walk into the kitchen. I stopped dead in my tracks. There, sitting innocently on top of the GE were two breast pump parts. Filled to the brim with my breast milk. Let’s take a moment to pause, shall we? Any breastfeeding mother has now stopped to gasp a little. Perhaps to clutch at her throbbing heart and her aching milk producing woman parts, out of sheer empathy for this very situation. But for those of you who may not understand, let me clarify. I am nothing more than a milking cow. And pumping milk…is the exact equivalent to human gold. I measured it. On a magical human value scale I keep in my house. I was going to place said milk in freezer bags, to store away for later. Only we had run out of bags. So they were stored in the fridge until I got around to it. Once human milk is removed from the fridge, it is no longer safe to re cool. These bottles had been out for at least two hours. These bottles held nearly 12 ounces of precious, once-viable, nutrition enriched human milk. For my baby. And that took a lot of work.

I stopped for a moment as the room began to spin. Clutching the walls for support, to fight the overwhelming urge to scream (the children were sleeping) The raging hormones threatening to take over my body and with a violent shudder, morph me into a chainsaw welding banshee. “Is that my MILK on top of the fridge?” I asked. Keeping my voice calm and unwavering.

“Sorry? Sorry?! SORRY!???? You have no idea, DO YOU?” I think at this point, literal red beams began to shoot from my eyeballs and to his throatal area. Threatening to penetrate his jugular. I have mad super powers like that when I’m amped on some serious woman juice and sleep deprivation.

It pained me to pour out my human gold. PAINED me. I could have cried while I did it. I watched each drop descend the drain to their final resting place, and then I held a small funeral procession in its honor at the sink. I invited the neighbors. (They said they had plans.) I know he’s not perfect. But I could have KILLED him. Have I mentioned that? I almost did. It took me nearly an hour to recover from the loss. I’m still, quite honestly, reeling from it. We may travel to the beach this next spring sans kids, and I’ll still be rambling about how I had to pump an extra bag because we were ONE SHORT. But hey…at least the fridge is clean.

While we’re discussing faults, he also abandoned me yesterday with the children so he could go to work. I mean who does that? (Don’t answer that one. I know. Everyone.) Abandoned me without a drop of caffeine in the house. But that story includes me calling him at work and threatening to gouge his eyeballs out with an ice pick. Yeah. We’ll blame that one on the hormones, too. He was gracious enough to come to my rescue shortly after lunch with a diet dr. P.

Bless him. He has redeemed himself. 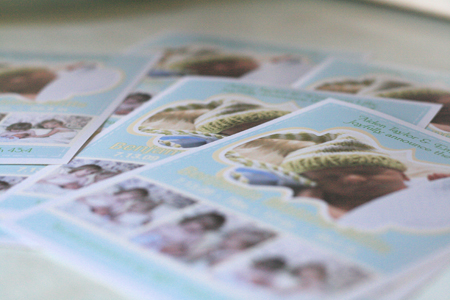 greenworks - a giveaway! {and also the time I tried a chainsaw}

Since our middle just had a birthday, we’re revi

It’s no secret that we absolutely love @ventcove

It’s officially that time of year. The one where

After - before We received a great question from

I think that something happened to me in the last