You are here: Home / confessions / don’t come and knock on our door

Dear rando man who knocked on our door the other day,

I saw you standing there. Knocking. Thinking I was coming to open it and answer and engage with you, as if I was expecting you. I know you heard me inside. You probably even saw me because you were totally looking in my window. Which is super awkward for you, by the way. Let’s get something straight here. I owe you nothing. Just because you’re standing there, selling the things, doesn’t mean I have to answer the door.

You, in fact, should feel a little serial-killerish that you stood there for so long. 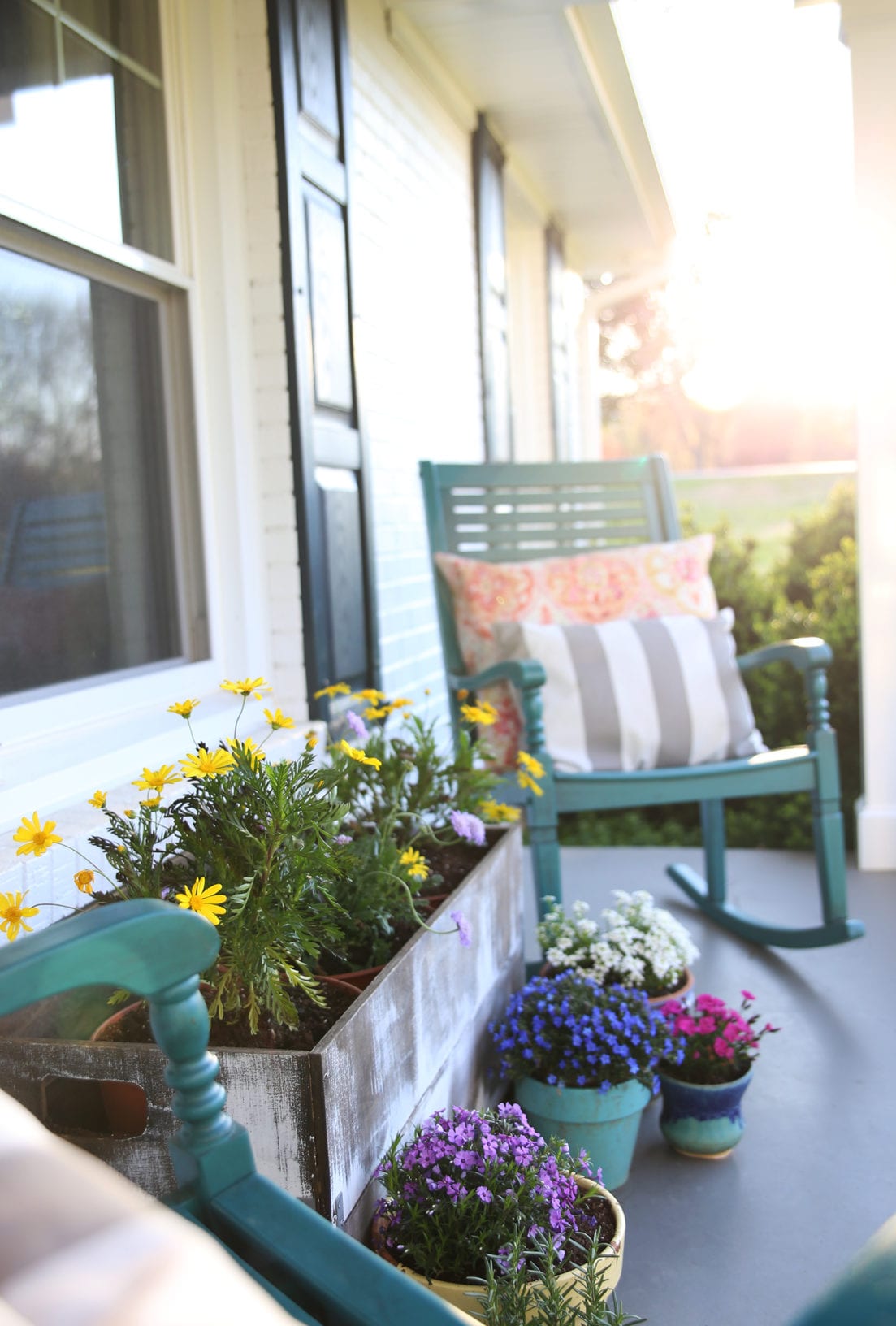 Let’s get something clear. My stance on answering the door, is not a reflection of my character or if I care about the world or not.

We’re halfway through 2019. This is not 1950. It’s not my job to answer my door. It’s your job to not bother me with your pest control services you want me to buy.

You really made it worse when you came back later, and Jamin finally answered. Much unlike me, he enjoys telling people no. It’s a nice balancing act that we do, my safety-if-not-passive-aggressive solution paired with his over the top seven-winged-eight-on-the-eneagram-scaleness.

It was super double awkward when you wouldn’t take no for an answer. Ew. {Did you miss the no soliciting sign in our neighborhood?!}

Never mind that I was still hiding.

Clearly, you don’t know me, or you wouldn’t have bothered. My friends and family and even neighbors -they all know that if you knock un-announced, I will run and hide. I once left a family member waiting in the driveway because I wasn’t dressed. I have no shame with boundaries. Slightly withdrawn ones, anyway {see enneagram 4 w 5}.

I’m not wearing my coifed apron and a-line dress combo, constantly at the ready for my bridge and casserole party. If I do decide to answer the door, it’s because I’m actually wearing a bra, and probs some mascara. Yes, mascara is just as important as the bra when answering the door so I don’t burn your corneas. And oh wait, I actually know you. I expect a little heads up in, I don’t know, a text?

There’s really no reason to get the dogs all involved and stuff. 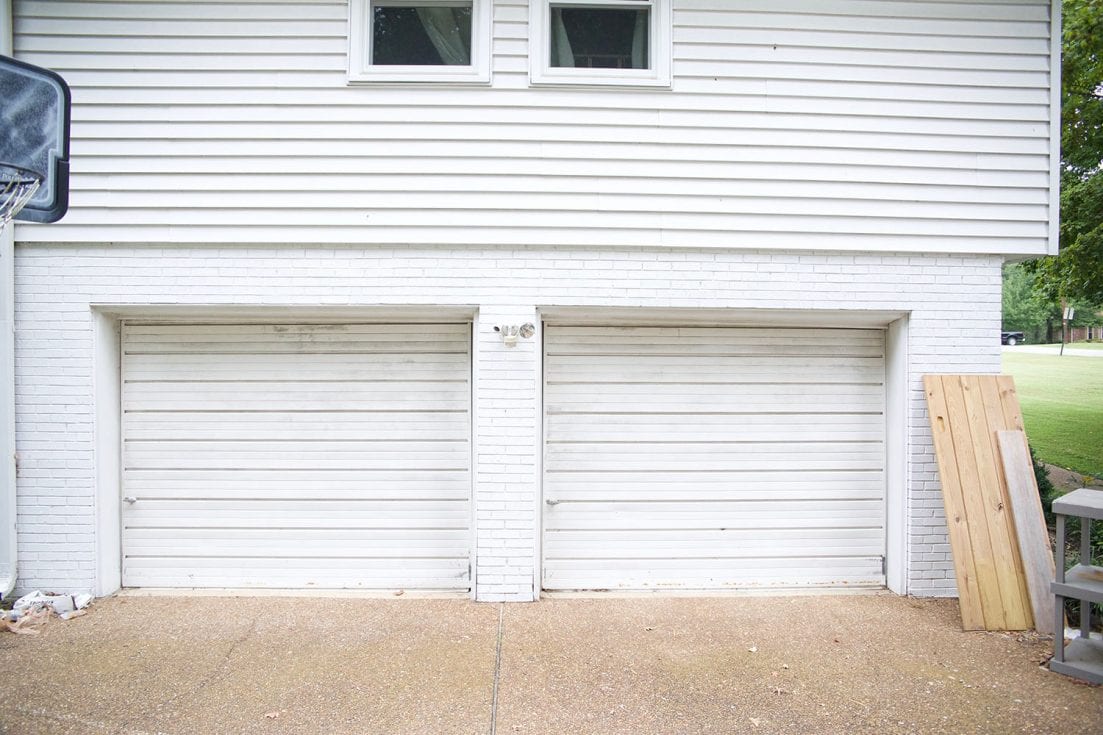 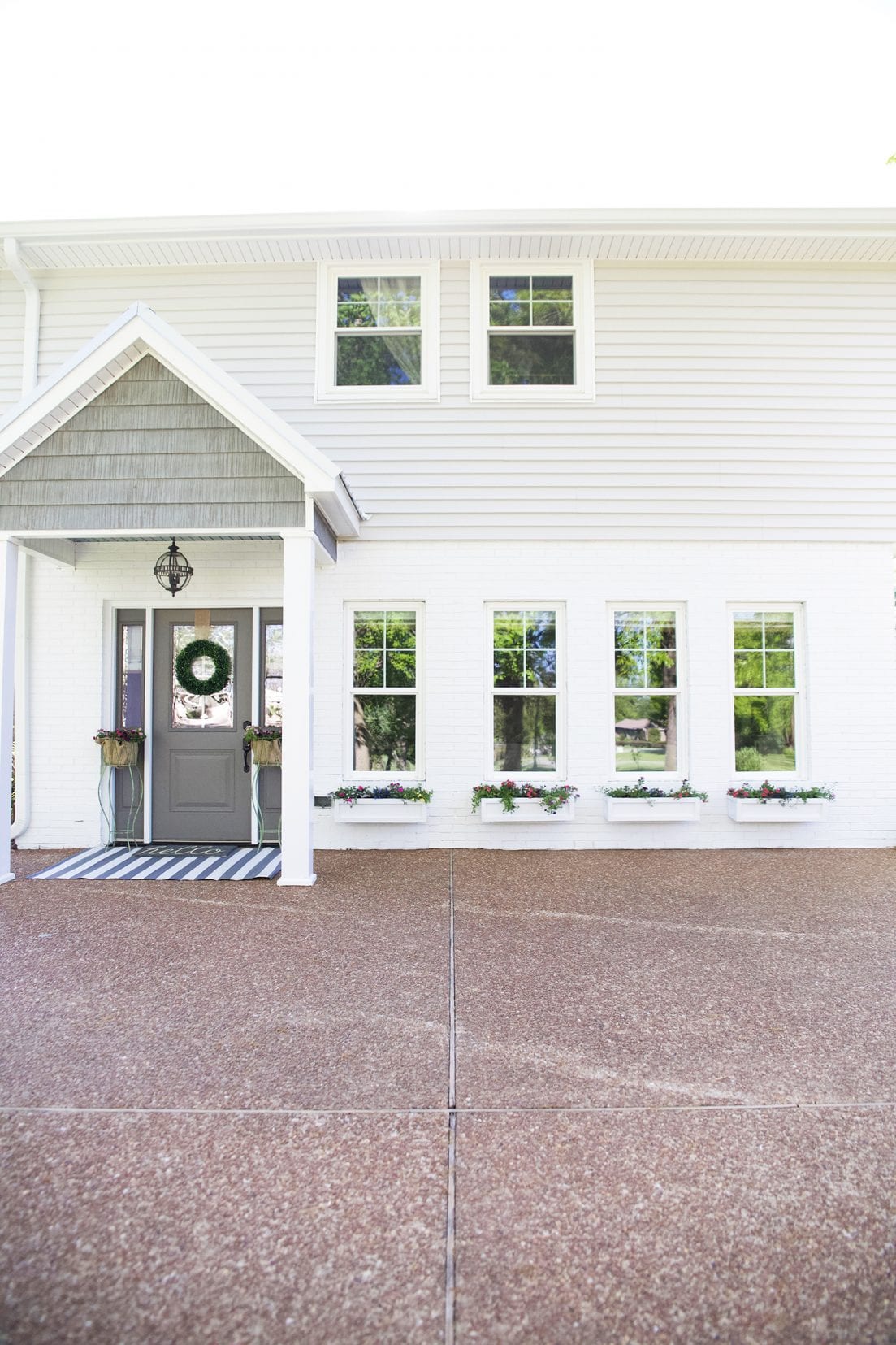 PS. If you think it’s inappropriate that I’m not wearing a bra in my own house, we can’t be friends. I’m almost always in my pajamas, if not yoga pants, which we all know, is the dress-up version of pajama pants. It says, I actually worked out today and made an effort at living or at least a brave attempt at faking it, and now I’m wearing sweaty yoga pants because I work from home. And I’m killing it.

We do what we must. 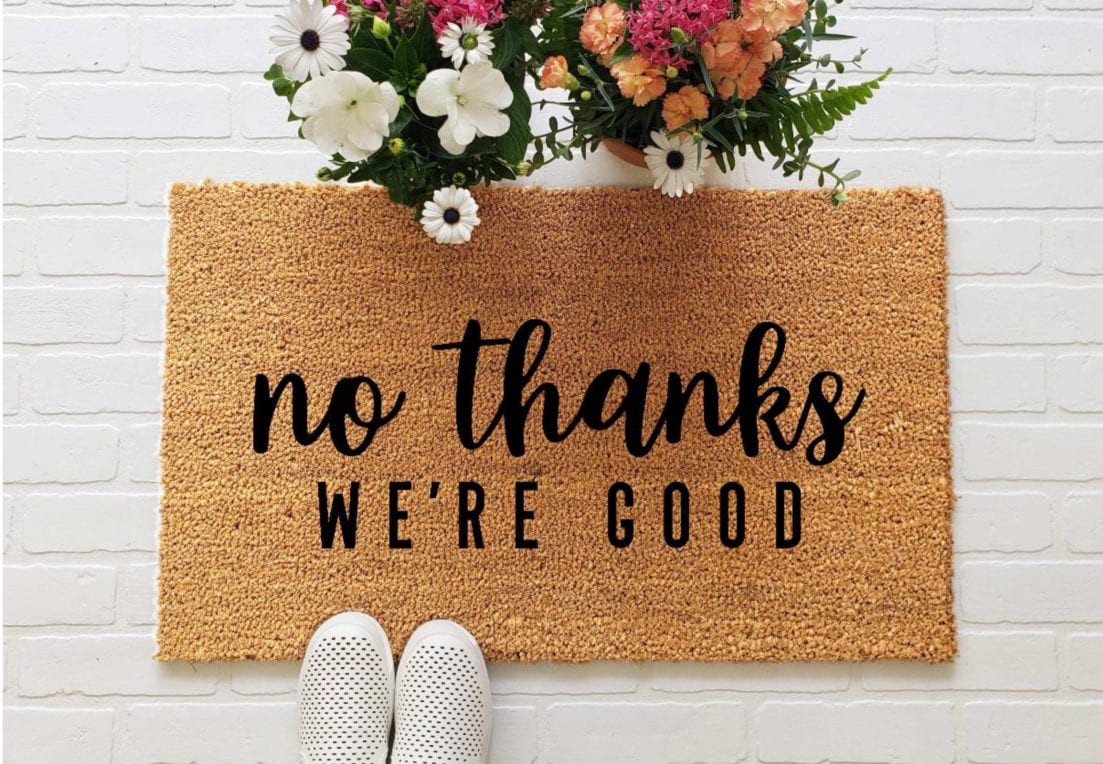 So no, I’m not going to answer. I’m not even sorry about it. You should be sorry though, that you actually stood there all entitled and stuff.

What if I was all, “Release the hounds!” and our dogs attacked you while I stood there and cackled like an evil stereotypical witch from a badly produced-for-lifetime movie from the 90’s? I need to check the constitution and stuff but I think I’m allowed to do that if you’re being a creeper.

I think I’ll try that next time.

{Never mind that releasing the hounds would really mean vicious barking and then attacking you with their slobbers, but you don’t know that. You could be allergic to dogs. I hope you get swollen eyes and have trouble swallowing for an entire day so I can identify you later in that police line up thing they always do on TV. And I’m pretty sure if you came with bad intentions, they would eat your face for a nice tasty snack, so there’s that. Our two seventy pounders are actually kinda scary.} 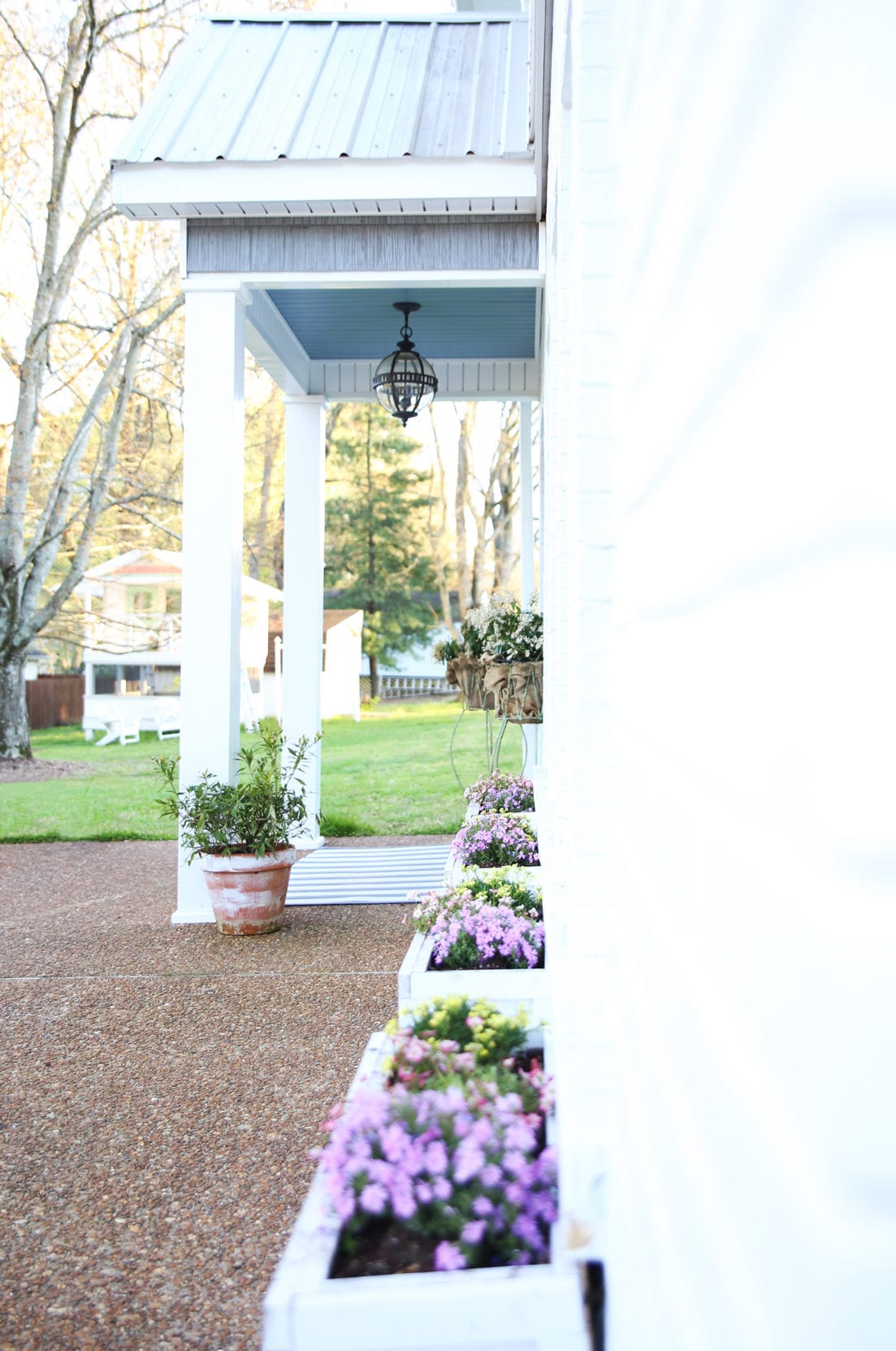 I read an article recently where someone considered it rude to not answer the door when someone knocks in the middle of the day. This person was also a man.

Must be nice to be able to overpower someone on a whim.

Are you a vacuum cleaner salesman? Inviting me to take action on something? Ted Bundy? Because those are basically the three options.

If you’re knocking on my door, you want something.

Let’s cover all the bases: I have a vacuum cleaner, I don’t want to die, and if I do die, I know where I’m going. Also, I vote. We’re good. I have zero interest in any of the above options.

Total side tangent: If you want to come do some landscaping, we can talk. I mean, let’s at least make it service-based. I might even consider your vacuum cleaner if you offer to clean. I can be bought for cheap.

Or murdered for the price of a clean house.

Some weeks, I feel like that’s what it will take.

This is my home. I am not coming to the door because you’re clearly a serial killer, and I’ve seen way too many Datelines at this point to think otherwise. If I do die, I’m going to go ahead and request a good podcast telling the mysterious story of my disappearance. {I expect no less than a good ten episodes, with a well-invested fandom over my horrendous fate.} Because if I’m going down, I’d at least hope it would be in a ball of flaming, somewhat humorous glory, where someone tells my harrowing, multi-layered story. {Preferably Dax Shepard on Armchair Expert even though that’s not his usual genre.}

JK, I’m not that interesting. 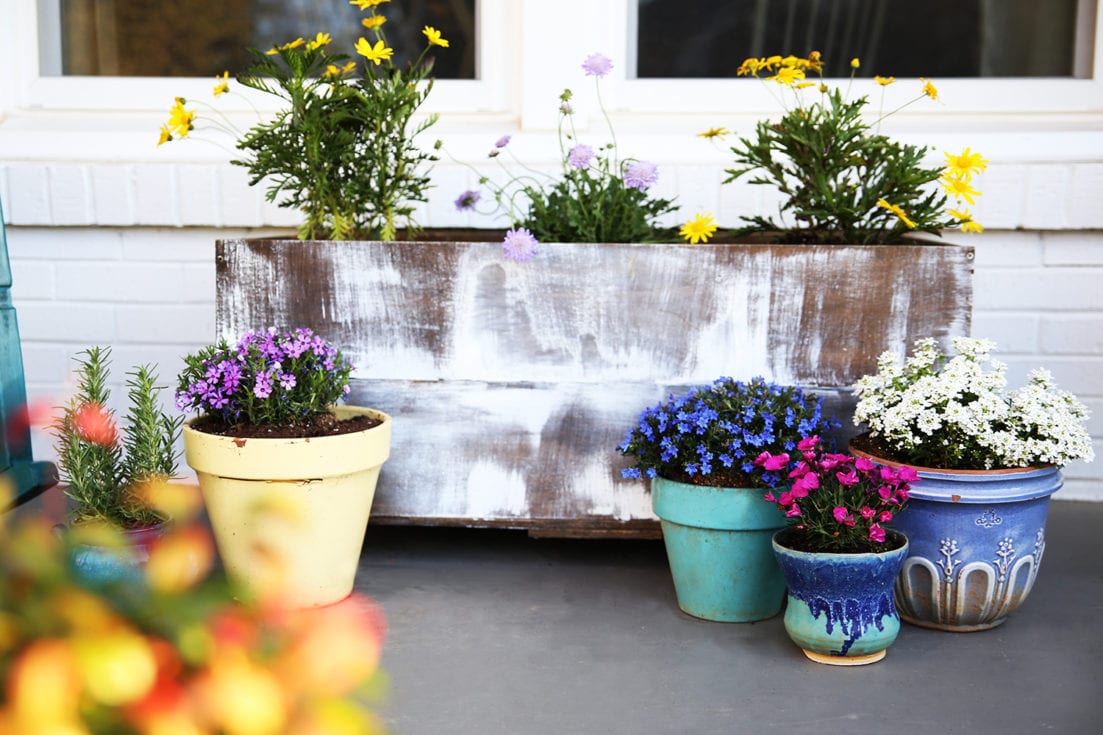 But digression, because the person who said it was rude to not answer your door, had it completely backwards. It’s actually rude to walk on my property, and then stand there expectantly, as if I’m going to answer the door to a complete stranger. Standing on my front porch, peering through the window. I have no shame in the duck, tuck and roll method. I’m actually really good at it.

Think, transformers, the horrible movie versions with Shia, paired with a side of paranoia on her third cup of coffee. We basically have drills at our house. The kids have been trained under a master artist.

So if you saw me drop to my knees in my very well-lit living room like a ninja all so I could army crawl behind the sofa in my pajamas, and hide behind my two seventy pound rabid dogs, that was on purpose. I’m not searching for my contact that fell from my eye.

You can stop looking through my window now. That was probably the longest five minutes of my life. Weirdo. 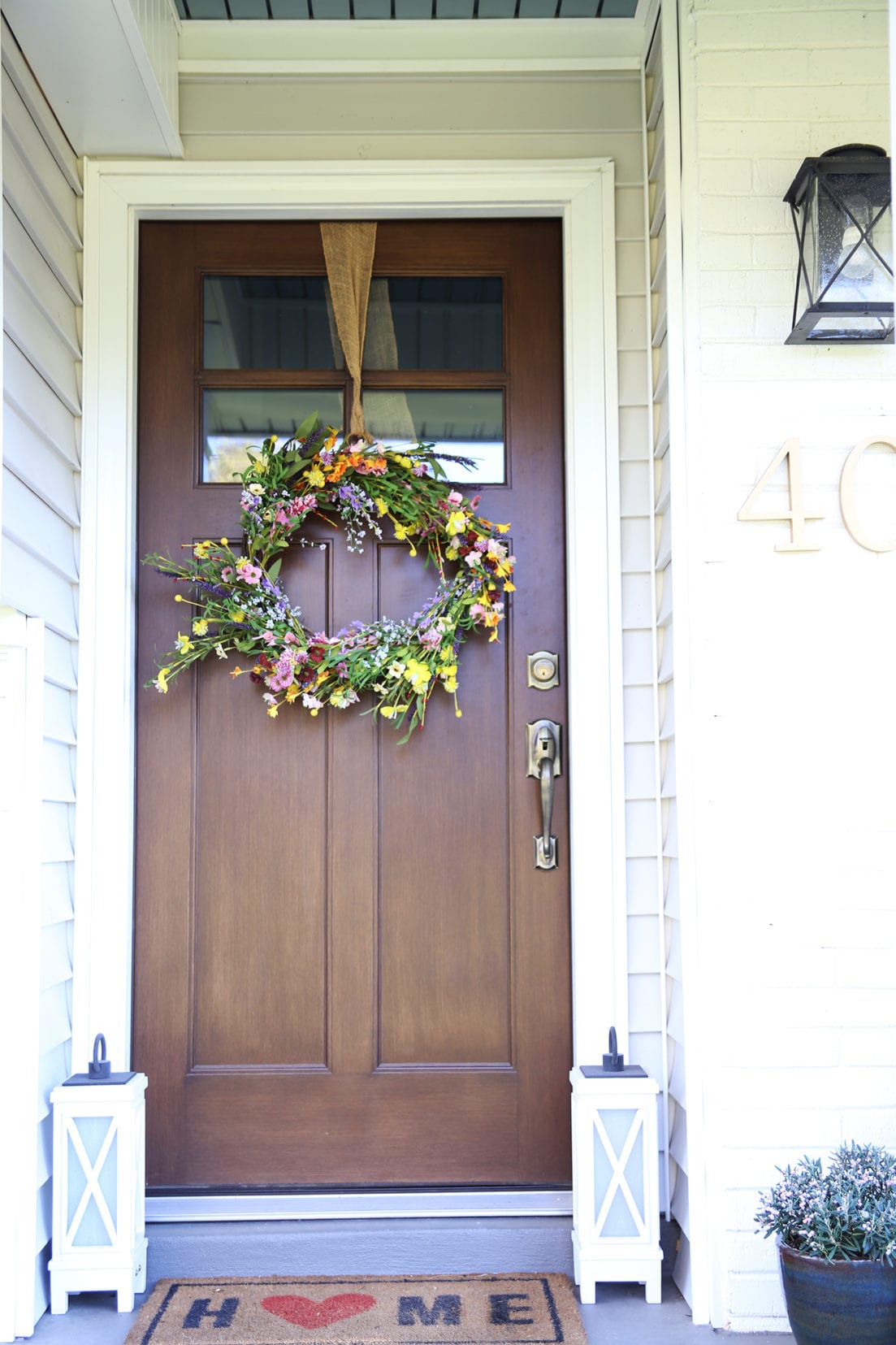 So don’t come knock on my door. We haven’t been waiting for you.

If we want you here, we’ll call. {With the exception of a neighbor, friend, family member or Thin Mints-selling Girl Scout {who now also do not knock on doors because haven’t you heard it’s dangerous?! That’s the real tragedy here.} And also Amazon. Amazon is allowed. And also The Rock. Yes, I am obsessed. The Rock can always knock on our door.} 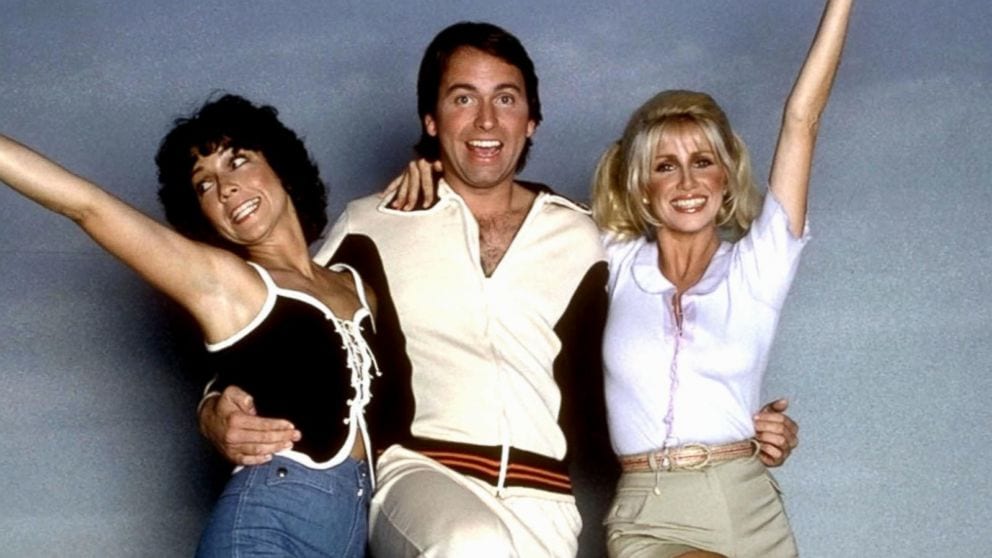 Thank you for your non-understanding. You’ve been warned.

And enjoy the earworm. ;}