I’ve come to the conclusion that some restaurants, of the nicer variety, are a bit pretentious for my taste.

And they use that. To their greatest ability.

Date nights. We all crave them. We all want them. Right? Isn’t that a universal rule that we all must participate in date nights and take selfies announcing them on social media because YOLO? We’re one duck face away {do people still do that?} from FOMO if we don’t take advantage of such shenanigans when the chance doth arise. It’s our one escape from the ever looming {but oh so happy} oblivion in parent life, to actually think about each other. And our relationships. And have conversations beyond the piles of laundry and work loads and everything in between. Basically, it takes a real effort to put each other first. Can I get an AMEN?!

But here’s my confession. Because sometimes, when they roll around in the rare occasion that we actually have a sitter, we don’t really want to go out.

Yes, I did just write this here. Yes, I know you’re throwing rotten tomatoes at my head.

Maybe even a melon of some sort.

I think we’ve been so tired, for one, that the idea of sushi in pajamas with Netflix sounds pretty hawt at the moment. At the time of writing this post, we were so overdue for a down weekend. A rainy, go nowhere, quiet-filled two whole days of snuggles with the kids and easy going, non-planned events. Chalk it all up to back to school exhaustion. Chalk it all up to emotional changes and homework at night and starting an addition in the back like crazy people. But sometimes, home… it just sounds good.

The last time we had a sitter, {my parents who graciously offered to take the kids} I wasn’t feeling too great. But it was a date night, and well, once you commit you kind of have to follow through. So after a full day of back to school shopping with the kids, we dropped them off and went home to get ready. I even put on a new dress, and was feeling kinda SEXAAAYYYY. 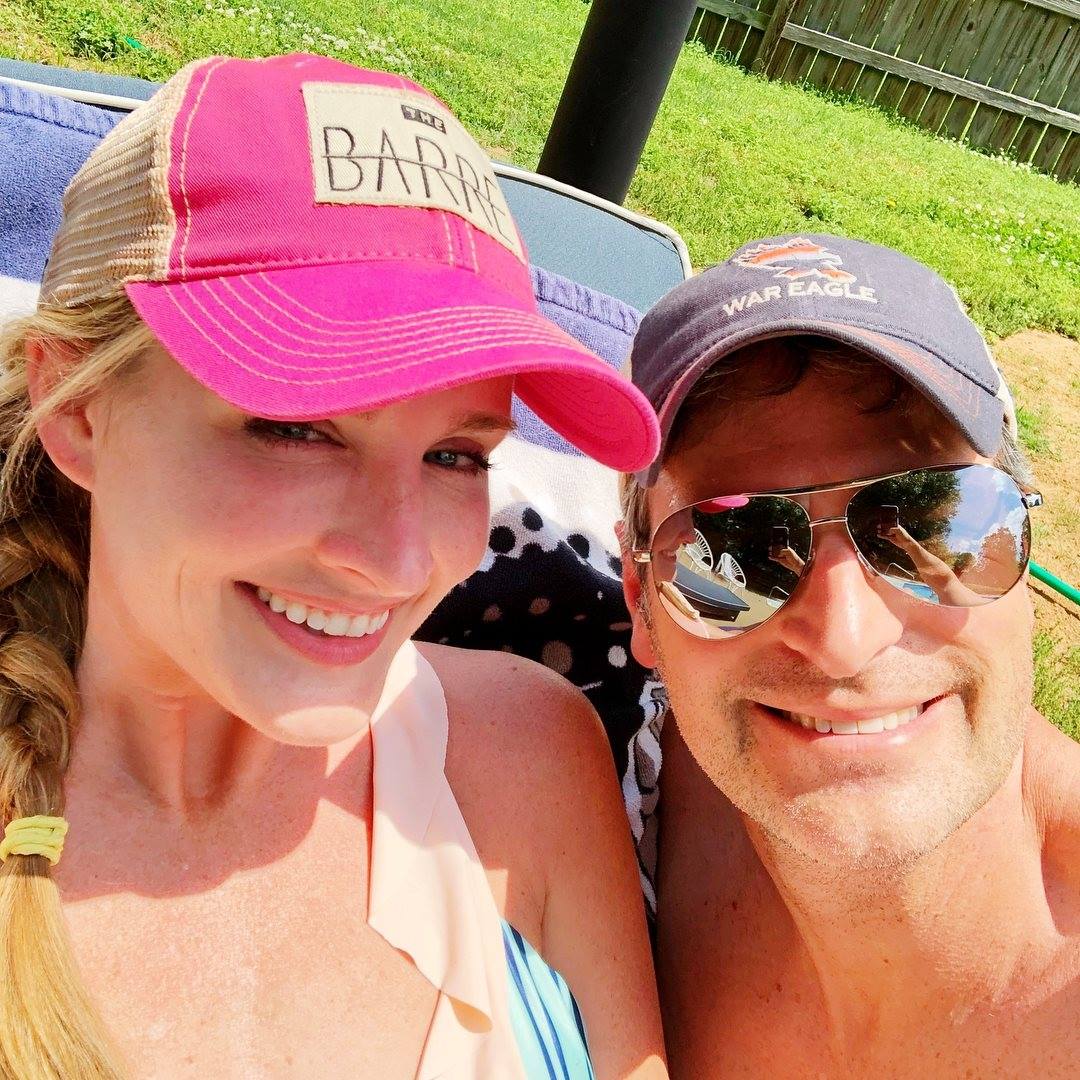 I said SEEXXAAAAYYY in all caps because my version of said word always starts off with good intentions, but has some type of comedic twist, like falling over myself in high heels. Or swallowing a fly when I laugh, or slapping Jamin in the face a-la Rapunzel when I try to lean in and swoosh my hair.

Almost, but not quite is the underlying theme for my life. It’s just not in me. It’s also the universe’s way of keeping me real. And perpetually awkward.

So even though I was fighting off a cold, I went anyway. And this date night’s comedic twist: Halfway through the meal, I started feeling so terrible, that we had to cut the dinner short, get our over-priced meal to go {yes, we actually had to do that} and come home. I think it was probably a combo of Johnny Rocket’s earlier that day. Combined with said cold. Combined with rich foods on top of the rich foods that I don’t usually eat… I was basically asking for it, and that’s what I get for eating JR’s in the first place. Call me a lightweight but suddenly we were not feeling this fancy pants restaurant we’d chosen in downtown Franklin.

So I ended up in my pajamas, anyway. Hurray for FOMO, and letting it get the best of you.

Here are few ways that restaurants are {sometimes} a little overrated:

In the little black dress.

Can we discussed the un-discussed? When I want to feel pretty and stuff, that doesn’t always meld well with, say, enjoying the menu. And if we’re blowing some cash, I want to enjoy the menu. If I’m wearing a cute outfit, one must think this through with timing and the food baby that is sure to follow afterwards. I mean, marriage is fun because who cares. But sometimes, it’s nice to have a hawt date. Hello, swimsuit models starve themselves for a reason before big shoots. I guess I’m supposed to be miserable before putting on that little black dress? Why can’t I have the best of both worlds? That means no food babies.

That also means I’m totally screwed if they bring chips and salsa, which at a fancy pants restaurant never happens – so we’re good with that because I might die before the glorious supply runs out. Or pop a seam. I want to EAT ALL THE THINGS.

We once had a waiter tell us that he could always tell who was married, and who wasn’t. Because the married people actually enjoyed the food. People on dates nibbled. {We were in the process of chowing down on said food, when he told us this.}

What about people on marriage dates? I’m torn. But hurray for having my cake and eating it too. Or something.

Maybe it’s so I can’t see that they’ve actually brought nothing of substance out on my plate, but what is it with the lights? Do people in fancy restaurants enjoy standing around and laughing at other people trying to read in dimly lit circumstances? Is it just me?

Complicating the menu further, is the wording on said menu. Call me uncultured swine, but I’ve had my fair share of the fancies, and it’s official – what is up with the absence of complete sentences and I don’t know… maybe use some adjectives? Their menus all read as if we’re in a secret club and everyone is supposed to know what the heck they’re talking about. I didn’t go to culinary school so I have absolutely no idea. Why are vague explanations even a thing? It goes a little something like this:

– I’m following this. I know what a grilled lamb chop is. We’re all good, until the second line.

– I shouldn’t have to google this. Does this mean spicy? Am I going to get acid reflux? Because honestly the restaurant is dark and everyone will see me if I whip out my phone. And I don’t even know how to pronounce the second one. I have that disease where I always read words instead of saying them out loud until I’m in a social situation. I just stopped pronouncing feta as “FAYY-TUH” so there’s that. But this is the best you can do? I can actually hear myself getting poorer while I read this menu and I don’t even know what I’m ordering.

– Okay fine. I embellished a bit. But seriously. This is how it feels. Just use a few complete sentences to help?

Maybe a picture. Am I twelve? Don’t shame me for not knowing what romesco is.

Applebees is fine. Just take me to Applebees.

Also, don’t bring wine and ask me to “do the honors”.

Because at first I thought they were asking me to open it.

Then when tasting, do I lift my pinky? Do I not? What if I don’t like it? Does the server get to take it home? Am I secretly doing them a solid? Why are they staring at me? Let’s be honest… I can’t tell the difference, but too much pressure anyway. On second thought, let’s just skip the wine. 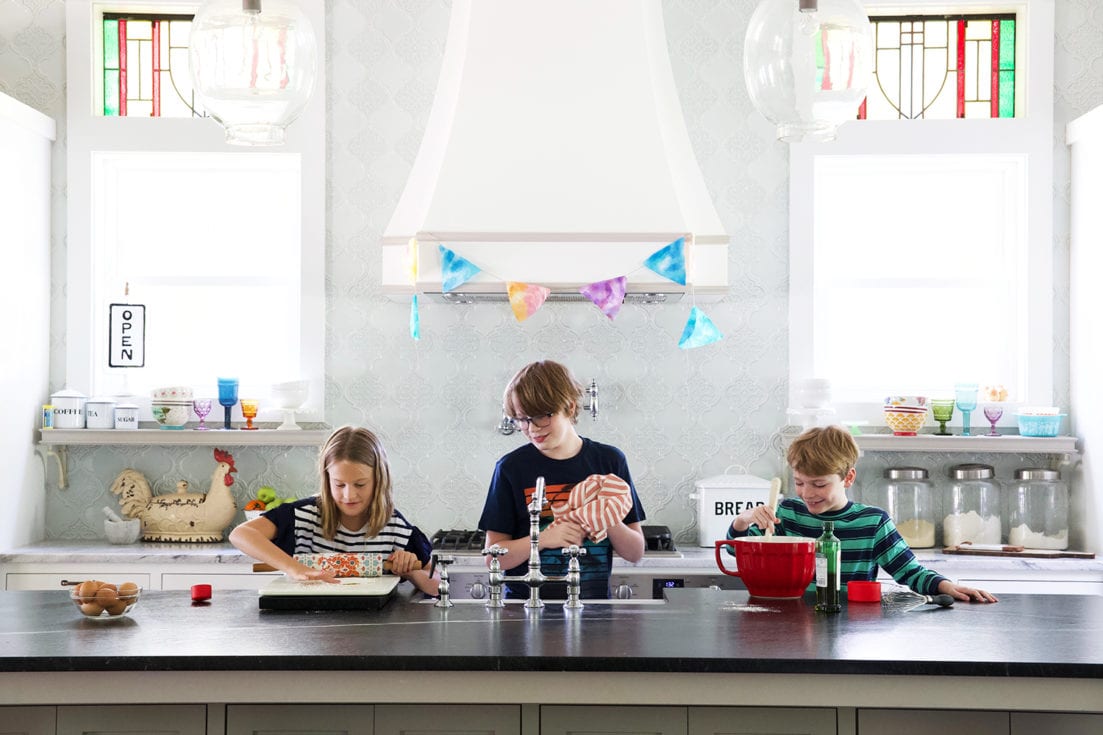 All in all, let’s just say we had some friends cook for us, for our last anniversary. It was the kids’ first day back to school, and we decided to have a friends and family celebration instead. When said friends found out it was our anniversary, they basically insisted that they cook. Their food was so good, it put the fancy pants restaurant to shame.

I think if you can cook, you just aren’t that impressed with chimichurri pecorino in dim lighting with lifted pinkies. Because we can do that at home, once I figure out what romesco is.

Yes, I did just write that. You can lower your melons.

I guess it’s all about the eye-squinting reminder that I’m not sure what I’m eating, and-I-probs-made-a-mistake-because-there-were-no-adjectives, experience.

So there it is. I’m here in all my almost-but-not-quite glory, saying that fancy pants restaurants aren’t all they’re cracked up to be. And while they are fun on occasion, pajama nights really are, too.

And cheers to all our fellow food snobs.