You are here: Home / confessions / rigby and fitz : let’s get something straights 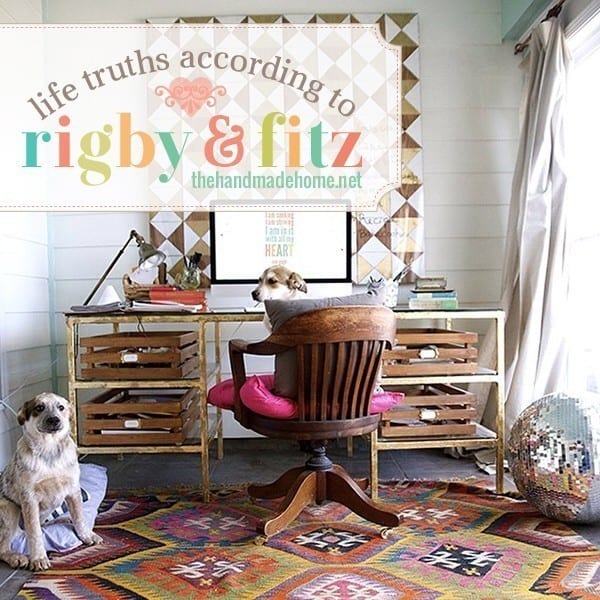 Hellos. And welcome to the third addition of life truths according to Rigby and Fitz.

Cue the classical musics. Mom said we could not have a fire in the fireplace because we are not old enough to make the fires and Fitz would probably run into it because she likes to fweak outs. So just pwetends we are being classical and stuffs.

We’re also gwounded from the computuhs. The mama humans said no more inturnets until we confess. But we felt the need to clear the airs. So let’s get a few things straight, shall wes? 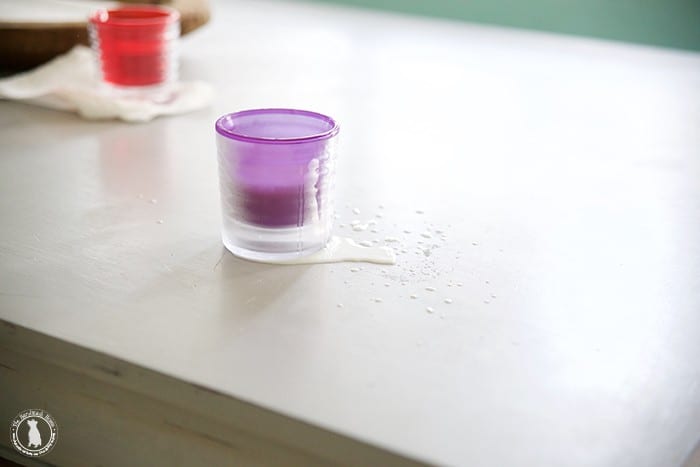 We did not spill that milk. We did not do it. Just because Fitz like to sit on the benches, does not means it was hers who spilled the milk. 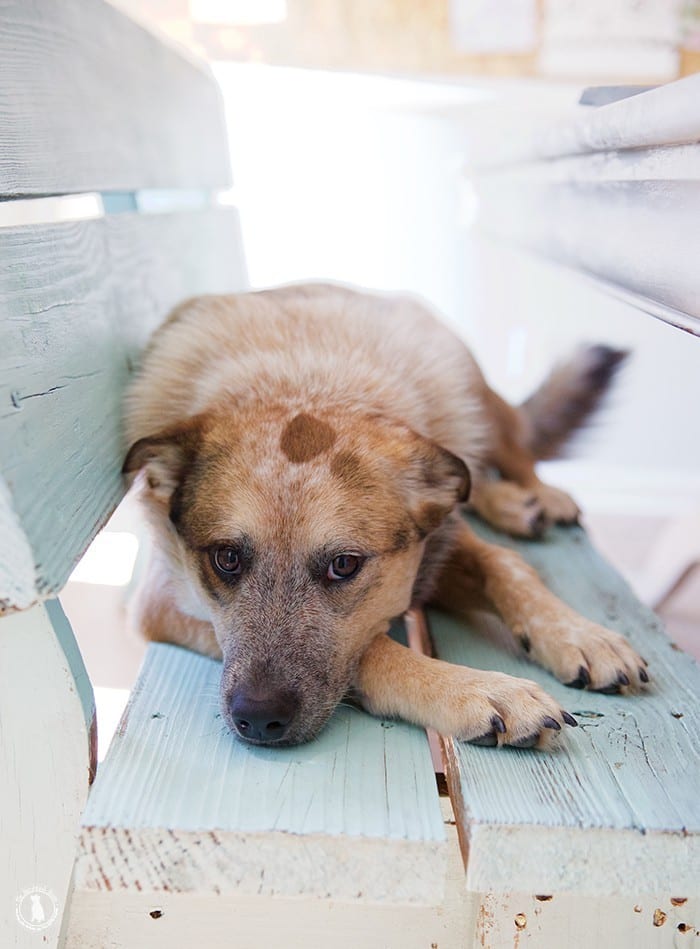 That littlest humans is pretty messy. So We say it was hims.

Oh wait. We interrupt this deep thoughts broadcast to announce that we have been presented with evidences. Rigby, why didn’t you tell me it was yous? 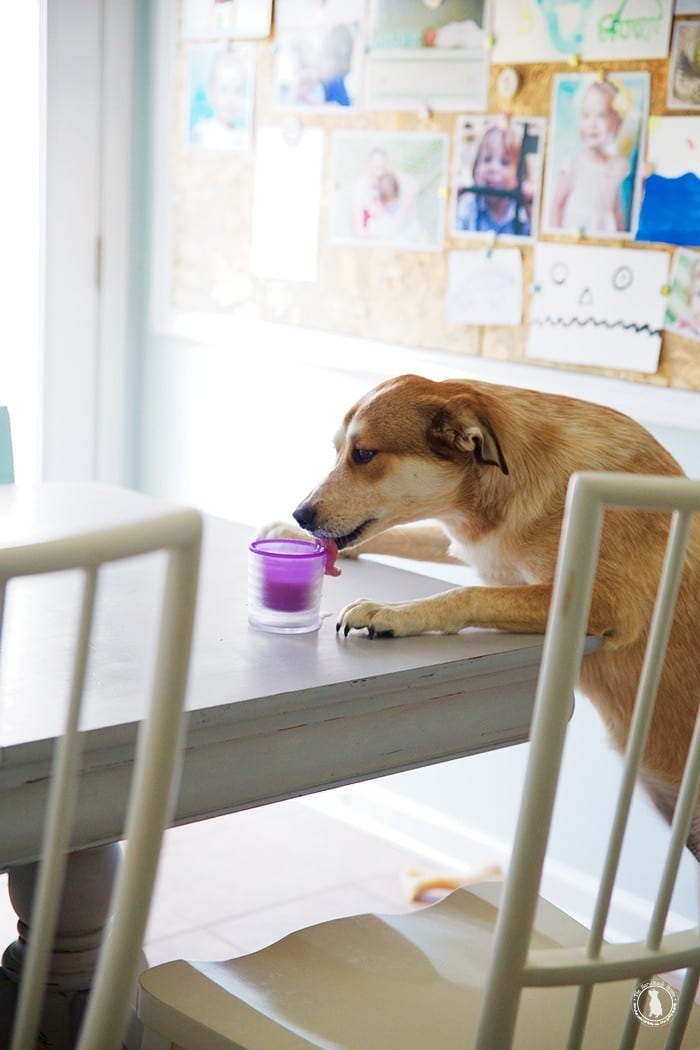 Stop getting us into twoubles. 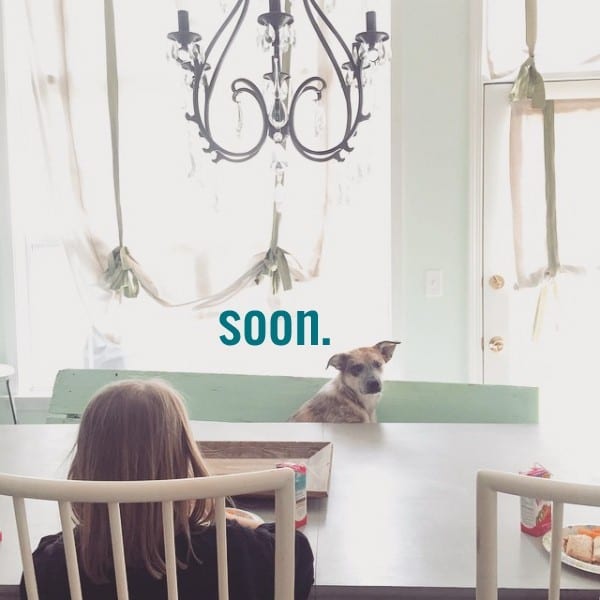 Also,we have dubbed ourselves the official clean up crews for the house on all food items. We will do a wonderful jobs.

The mama humans left the pizza on the counter last night on the pizza stone, and she said it was so it could cool. But we know that really meant she just didn’t want to clean right thens. So instead of pulling off the entire dish {they seemed to be upsets when we did that with the chicken casseroles} we just pulled off the pizza. We wanted to help, and are good helpers. But then we lost our confidence and hid under the tables when they came to see what the racket was about, because we realized we didn’t tell you that we were on the clean up crews. It’s an important job.

And thank you. It was dewiciouses. 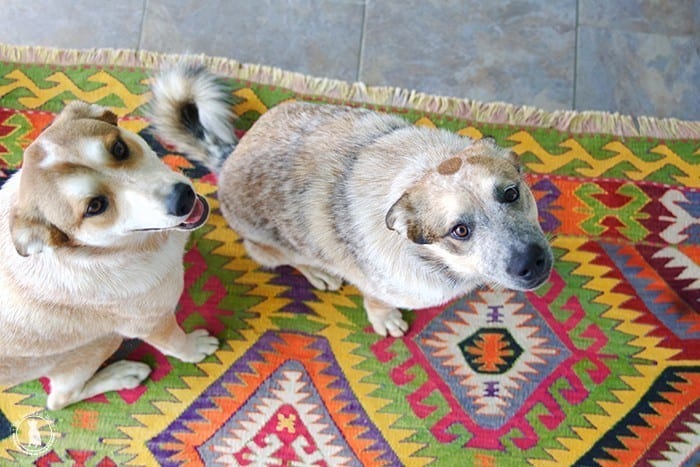 Maybe the humans spilled some waters or somethings.

We do not know what ‘not color safe’ means. Or what colors are, for that matter, because we has never seen them. What is a woven rug from Turkey, anyways? Is there Turkey in it? We will gladly eats it for yous.

Also, sometimes we gets exciteds and loses the bladder controls. Just sometimes. 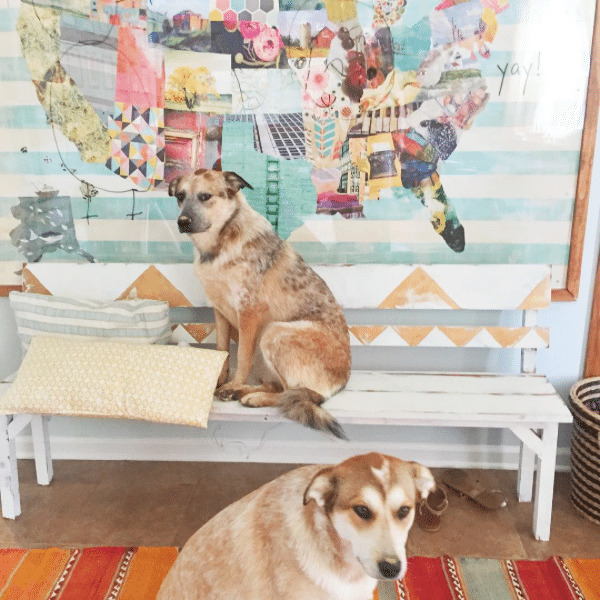 We did not dig the giant holes in the yards. We are sorry about that twisted ankle, but we are insulted by all your insinuashuns. Have you ever considered meteors? The duwt fell on our noses and that is all.

If only you knew how bad you huwts the feelings.

We made a new fwiends in the yawd the other night. We was talking to hims, and everythings, when the mama humans came outside and started scweaming.

That was a new octave, mama humans. A new octave. 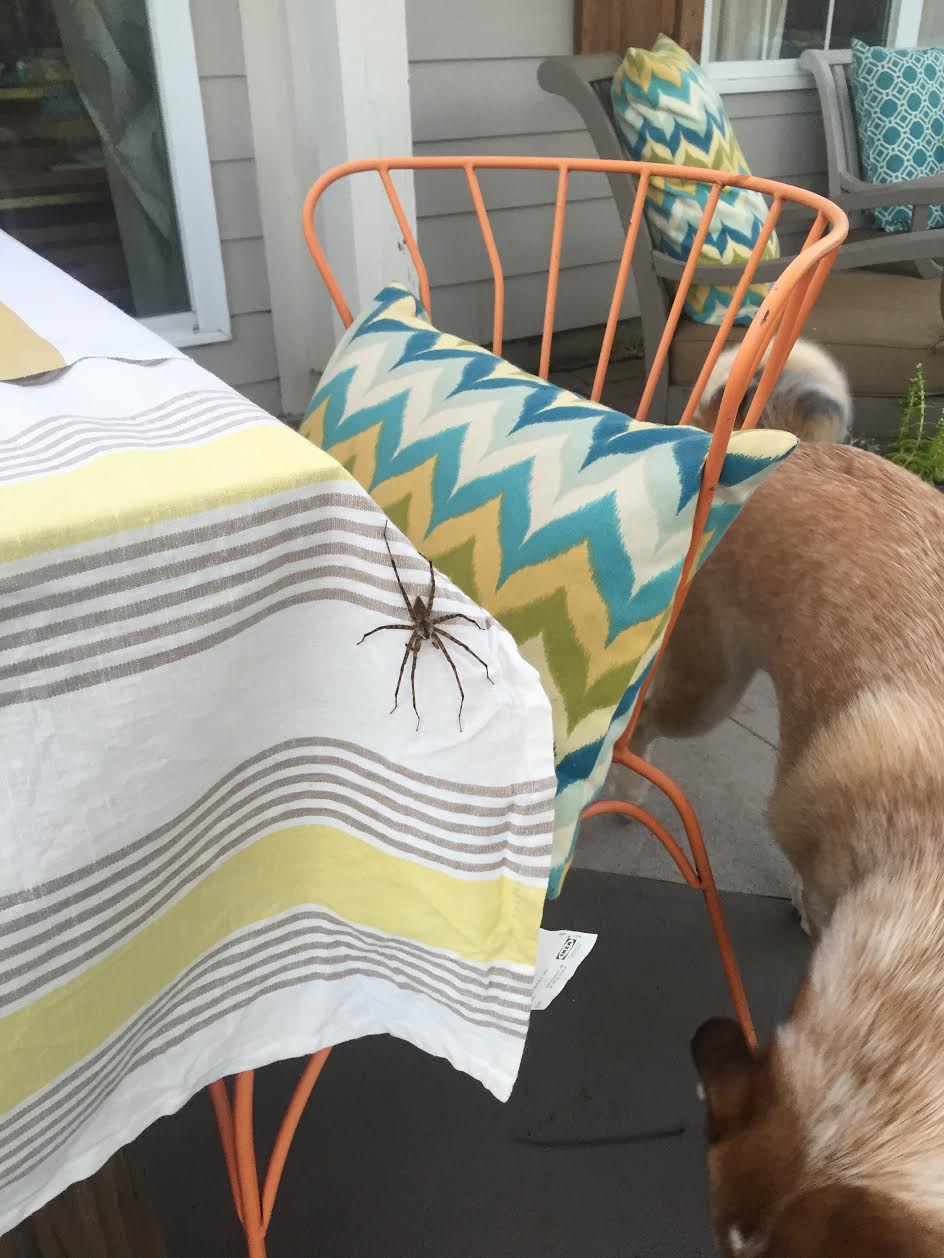 We wanted to make him ouw pets and play with hims, but the mama humans said nos, and shooed us inside. She did pause to take a picture though, so we figured he was coming to live with us. The daddy humans thought she was exagguwating when she yelled that it was as big as her hand.

We never saw our fwiend again. The mama humans said he went to the same place as the giant five foot snake we found and tried to play with in the yawd this summer. We are jealous of this magical vacation place for all the fun animals!

He did try to bite me though, so on second thought, he wasn’t very nice and would have needed a harness. Maybe he will come back for a playdates!

Every mornings, it’s the same stowy. 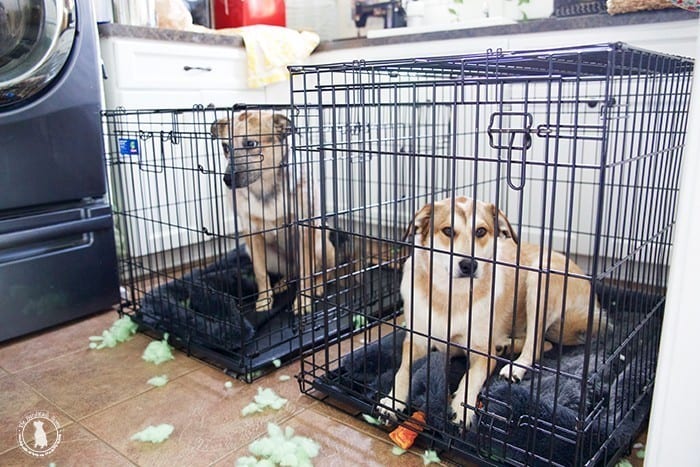 This is our fifth round of beds, the parental humans say. This is also the infinity round of clean ups.

We like our cwates, and we go there for treats, but sometimes they leave us here when they go somewhere and that makes us sad that we gets left outs. So it’s fun to chew on the beds and spit out all the green fluffs all over the place.

We thought it was a fun games, but the humans did not like its.

We are only mildly ashamedses. 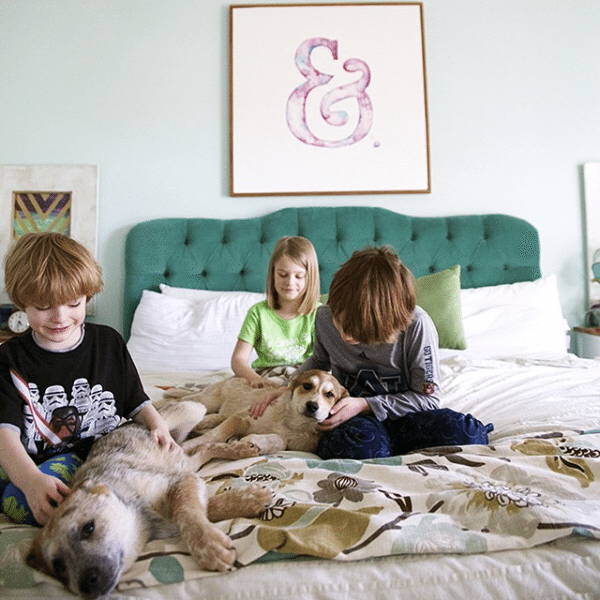 So maybe we should use it as levewage. Until thewe’s a little more of this… 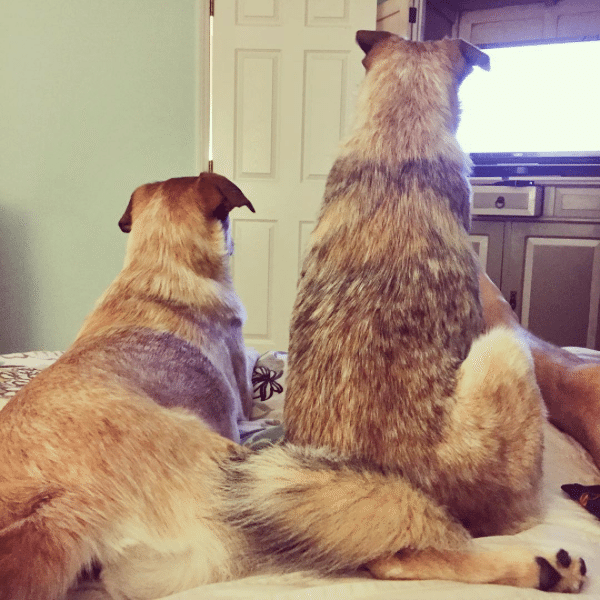 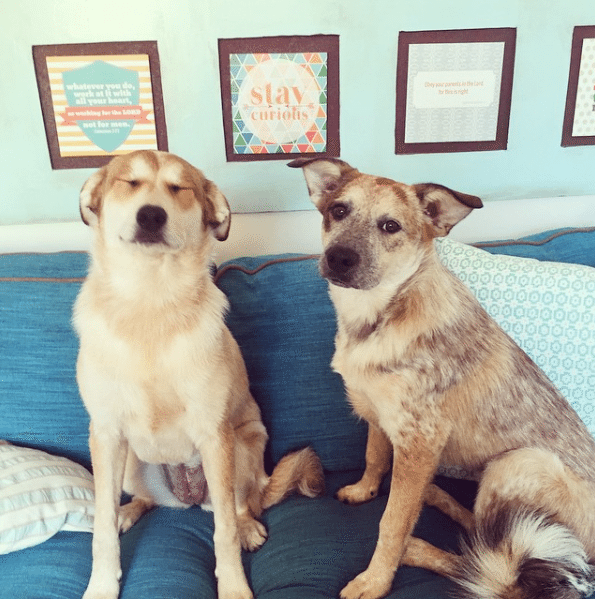 This is pwobably what the humans mean when they say sowwy not sowwies.